According to the Lao KPN news agency, the roads to and from Xaysomboun have been repaired.

(KLP) The damaged road access to Saysomboun district, Vientiane province is now back to normal after paralyzing for two weeks. This road was cut off on 24 June and it has been paralyzed.

Director of Thavisouk Construction Development Company, Mr. Vilay Silasa said that my company was appointed on 28 June, to cope with the damaged national road No 5A running 111 Km long from Namyon bridge T-junction to Xiengkhouang province’s border. The part of road that has been repaired by the Thavisouk Construction Development Company, including a 24-km stretching from Houay Mor T-junction, a National Road No 5B to Lak 24 village, and 58 Km section linking Namyon T junction-Saysomboun district- Oum district, 22 Km-road running from Thonghak-Phouhae (Road No 9.316) and 18 Km-road from Borkham T-junction-Thongkhoun village. The company has removed the silt out off the roads, laid out conduit, constructed detours. The roads are now back to normal including the section of Borkham T-junction to Thongkhoun village and Saysomboun district-Nam Mo.

Deputy Head of Vientiane Public Works and Transport Service, Mr. Phouvone Bounvilay said that the road access to Saysomboun district was back to normal thanks to the assistance of Thavisouk Construction Development Company. Many damaged roads including Xiengmy-Phalavaek, Sokyoun and Sokphoun have also been repaired and enable to be communicated as normal. These roads were repaired by Houngheaung Construction Development Company.

That's good news, time to set up a trip up that way.

The 2 guys from Singapore on KTM twins were headed that way last week, but luckily once east to Luang Prabang, after a few nasty bloated river crossings, they decided to head south towards Vientiane instead.

This report may be a bit optimistic, from the news floating around Vientiane at the moment. (some of the reports are actually sober) .
If any one remembers 2006 Utradit floods, the hills look similar here in Laos now.

The scuttlebutt here is, continuing landslides, during frequent showers, almost no hills without major land and mudslides.
Sections of the Xaisombone road are being diverted altogether, when the weather allows.
Almost no traffic getting through and helicopter shuttles are frequent. Many villagers are without homes.
1 D South from Mouan Khoun to Ta Vieng M Thatom is impassable.
I-D Prior to the heavy rains!
No errosion control was used by Viet contrctor on this section! 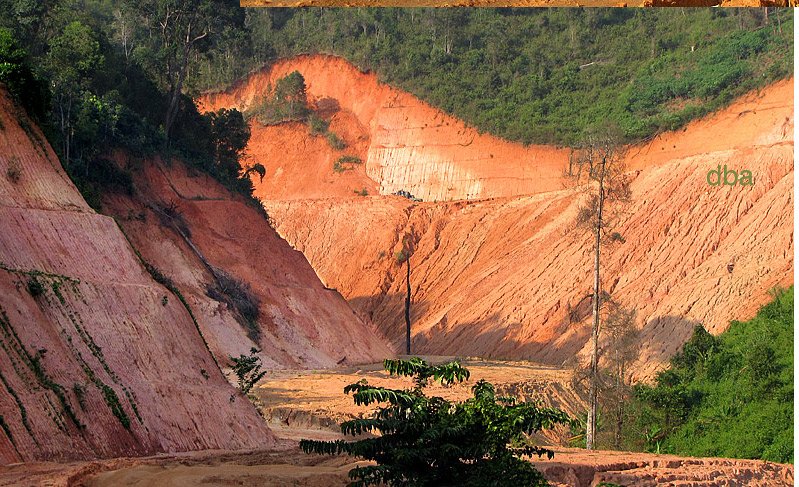 You can only imagine what this is like now![Sample of some of the washouts, from the recent storms 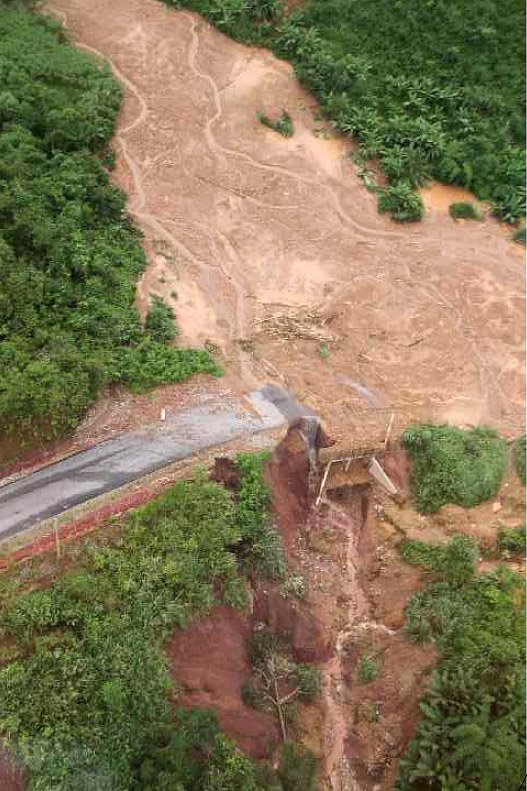