(Seeing as there's some current interest in Sth Laos trails, Phil asked me to post up a trip report I did on the other site in Feb 2009.
No doubt it could do with some updates if anyone's been on those trails lately.)

I completed an 11 day trip around Southern Laos in late January 2009 .
The highlights were the following three offroad day rides.

Depart Salavan 7.30 am. First 22km on the way to Ta Oi is smooth graded dirt road and it looks like they will go all the way through eventually.
After that the road becomes a rough track with loads of small wooden bridges. Some sections were paved with river rocks similar to the fenced off section of the HCM Trail Sth of Dong.

Section of track between Salavan and Ta Oi (Tahoy). According to Lonely Planet Tahoy was a major junction on the HCM Trail.

Arrived Ta Oi 10am and had breakfast at a local restaurant. Plenty of places selling fuel if required. Food was crap but better than nothing.
Depart Ta oi 10.45am and the fun begins

Ran into this mudhole near Lahup. It was covered in bamboo offcuts so I didn't see it until it was too late. Took me ~45 mins of trying various methods to finally get the bike out.

After the mudhole the track narrows

There are numerous creek crossings up to Nong but most were below knee level except for one Nth of Pachoudon N16 16.301 E106 42.273 which was ~70cm deep. I managed to ride through all of them but the exhaust outlet briefly dipped underwater at the deep one
There were some tricky steep and rocky inclines around some of the creek crossings between Lahap and Nong. I came off ascending one of these but that was partly due to being low on energy after digging the bike out of the mudhole .

Still plenty of mines out there ..

Close to Labeng this chap emerged from the woods and politely motioned me to stand behind a tree with him and leave the bike parked on the track. After 10 minutes there was an explosion up ahead. He then radioed his fellow deminers and cleared me to go through.
Following Matt Ward's gps track the boat crossing at Nong is avoided and a shallower crossing can be ridden across. Once in Nong you're home free as cellphones work, electricity is available, and a smooth dirtroad takes you to Dong on Route 9.
Arrived Dong 5pm, actual riding time was 7.5hrs
After Dong I decided to head to Phin for the night and arrived on sunset at 5.45pm.
Excellent and challenging day ride.

Long day but worth it for the scenery thru the mountains.
Head east from Attapeu on R18b towards Vietnam and after 100km of sealed mountain road you come to a dirt road turnoff on the left signposted as Vang Tat 60km. It’s in the village just after the Xesou bridge
This road/track takes you to Nong Fa Lake, just follow your nose.

According to the speedo on my DRZ, I reached a small viewing area of the lake after 63km from the turnoff at R18b. N15 06.370 E107 25.140
There were numerous villages along the dirt road but only one at N15 04.800 E107 24.134 appeared to sell anything resembling food or water. Locals appeared wary of me and kids didn’t wave. That’s almost a good sign if you like to be off the beaten track. The track itself has a few rough sections and several creek crossings. All the crossings were easy this time of year but I can imagine the first one getting deep in the rainy season.
There were numerous excavators and surveyors dotted along the track so I guess they have plans for the area.
The lake itself is peaceful and the water clear. It’s totally undeveloped and there was no one around the day I visited

3.Pakse to Attapeu via Thang Beng- Route 18a

Turn off R13 at Thang Beng, ~50km Sth of Pakse.
Its sign posted as 116km to Attapeu but I clocked up a bit more than that
The road is hardpack and decreases to a jungle trail in parts. I lost count of creek crossings. Two were too deep to ride across and required a small ferry or carrying the bike across

First big crossing and I walked the bike thru in 1st gear over uneven rocks N14 43.335 E106 11.761
Most others I rode thru but the exhaust outlet went under on two muddy creek crossings which almost stalled the bike midway through.

Lots of unmanned ride thru crossings like this. The deep muddy crossing where the exhaust went under was at N14 41.492 E106 17.259, shortly after the carry thru crossing.
Naturally they will get easier towards the end of the dry season

Its a great ride. Ride time was 5 hrs from the turnoff on R13 to Attapeu.
I paid the bike carriers Kip40K and the small ferry Kip10K.

Bill,some sample shots from a recent trip along your route.
More to come...
Plenty of water fun... 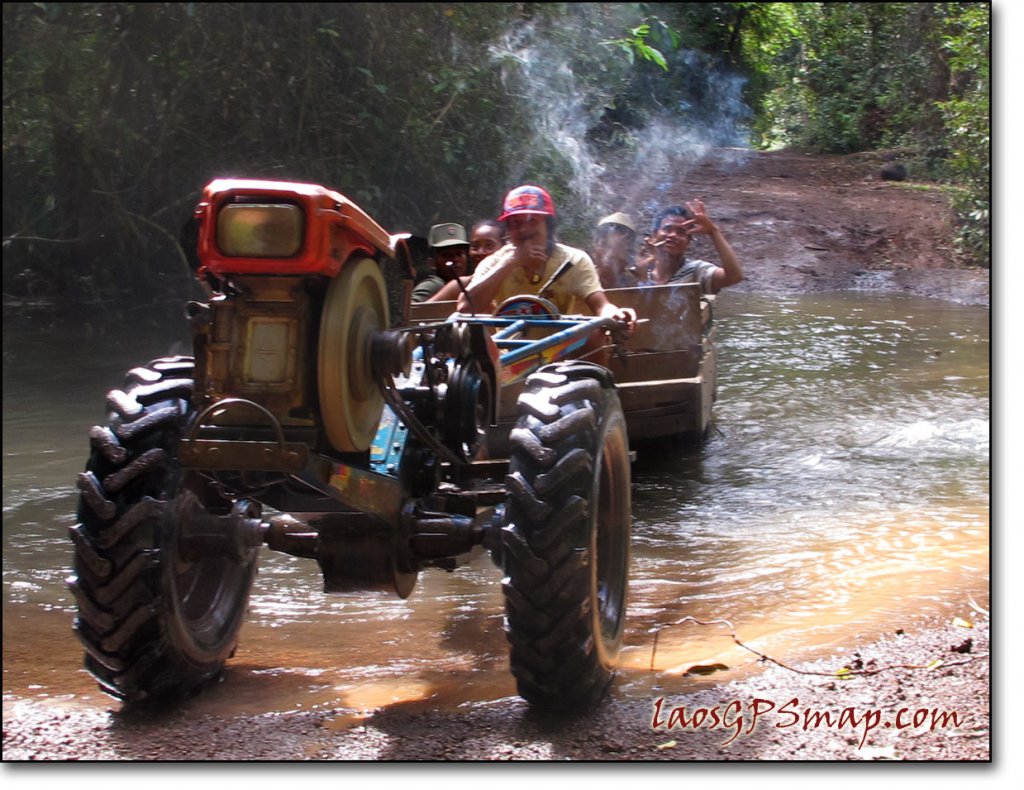 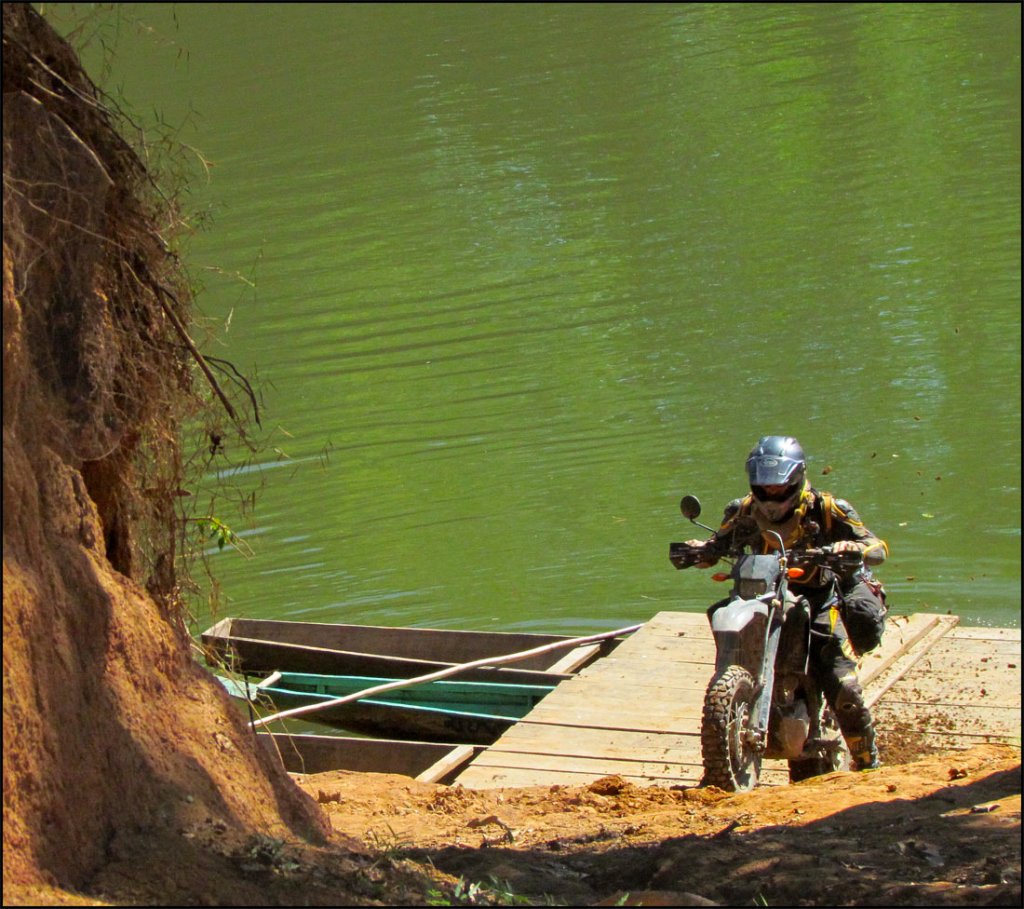 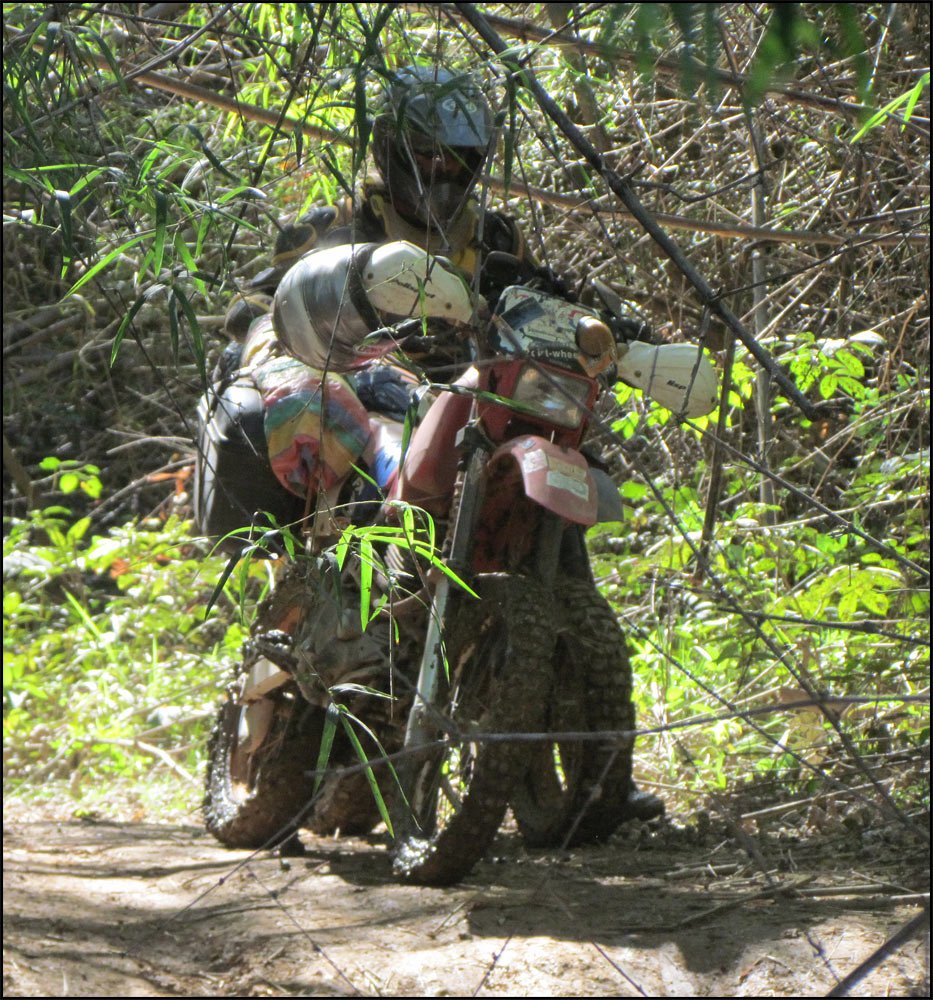 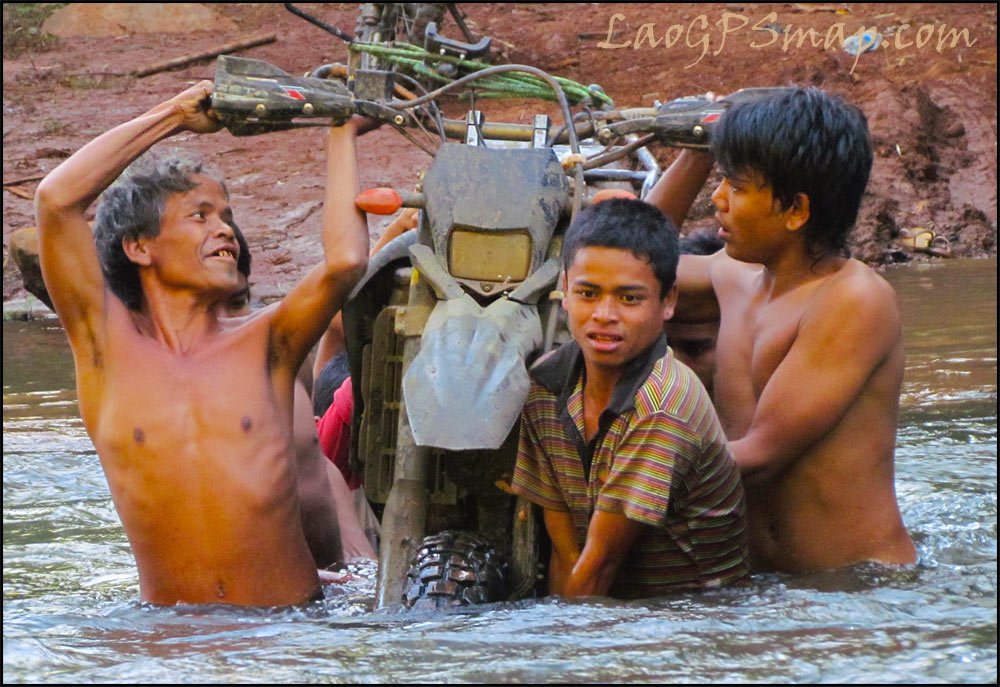 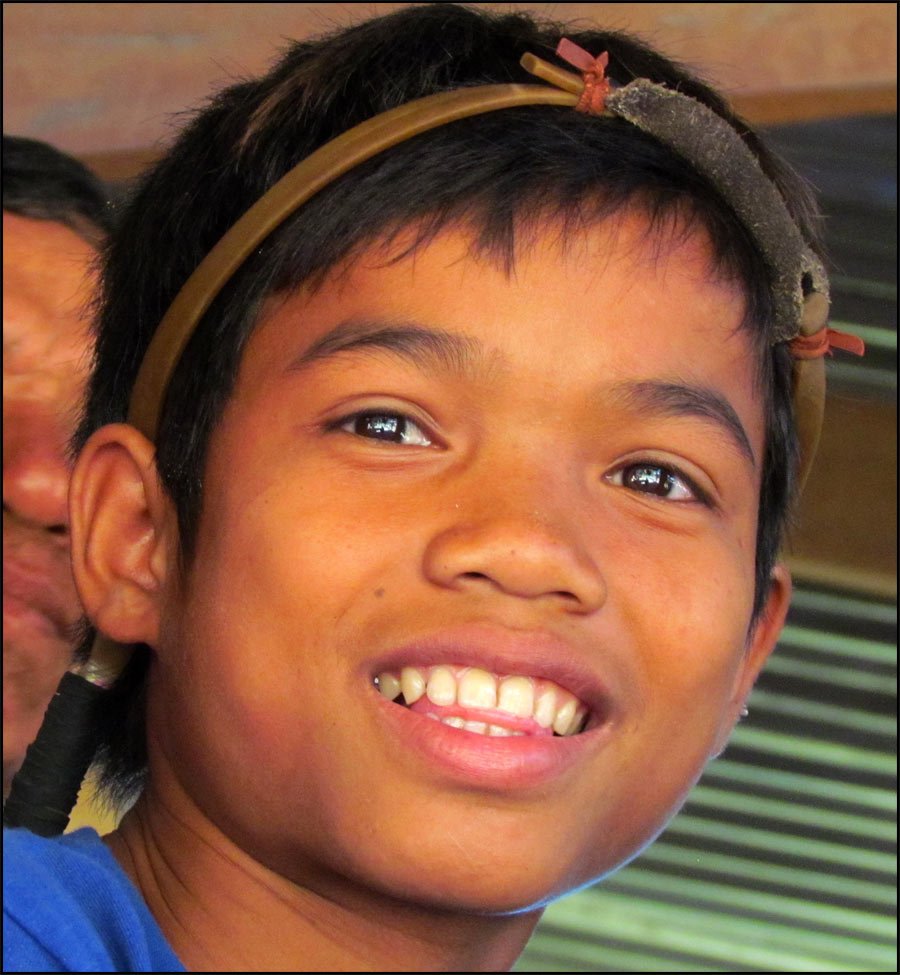 I note you and Phil recently went through Route 18A to Attapeu and that hasn't seemed to of changed much since 2009.

When I went to Nong Fa Lake, there were numerous excavators along the track so wondering if they punched the road through any further or just upgraded the existing road.

As for the HCM trail route through Labeng and Lahap, would be most interested how that track is looking now.

You will remember this then Bill...

Hard ride, the mud was like wet cement...my journey eneded here with no help to get across... :cry 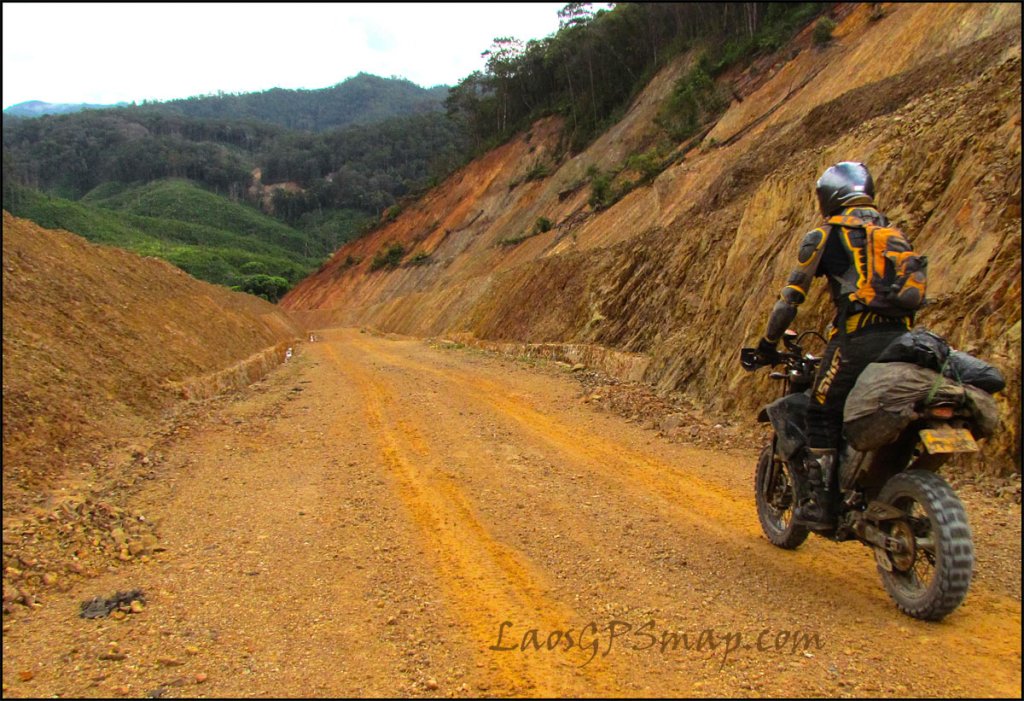 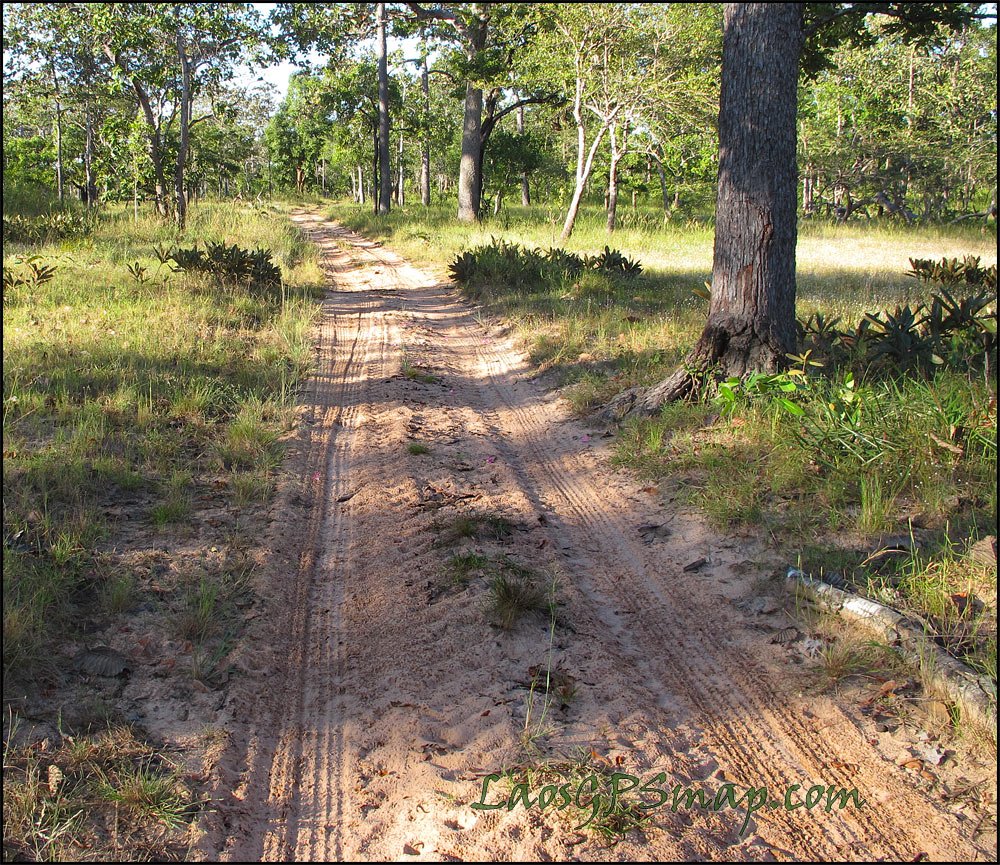 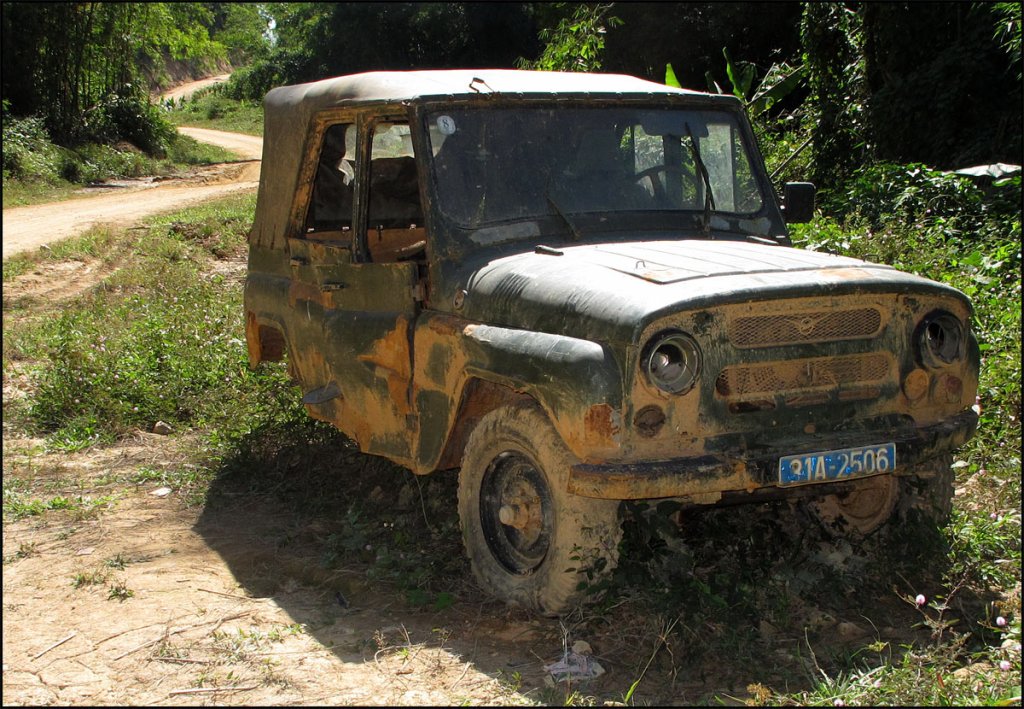 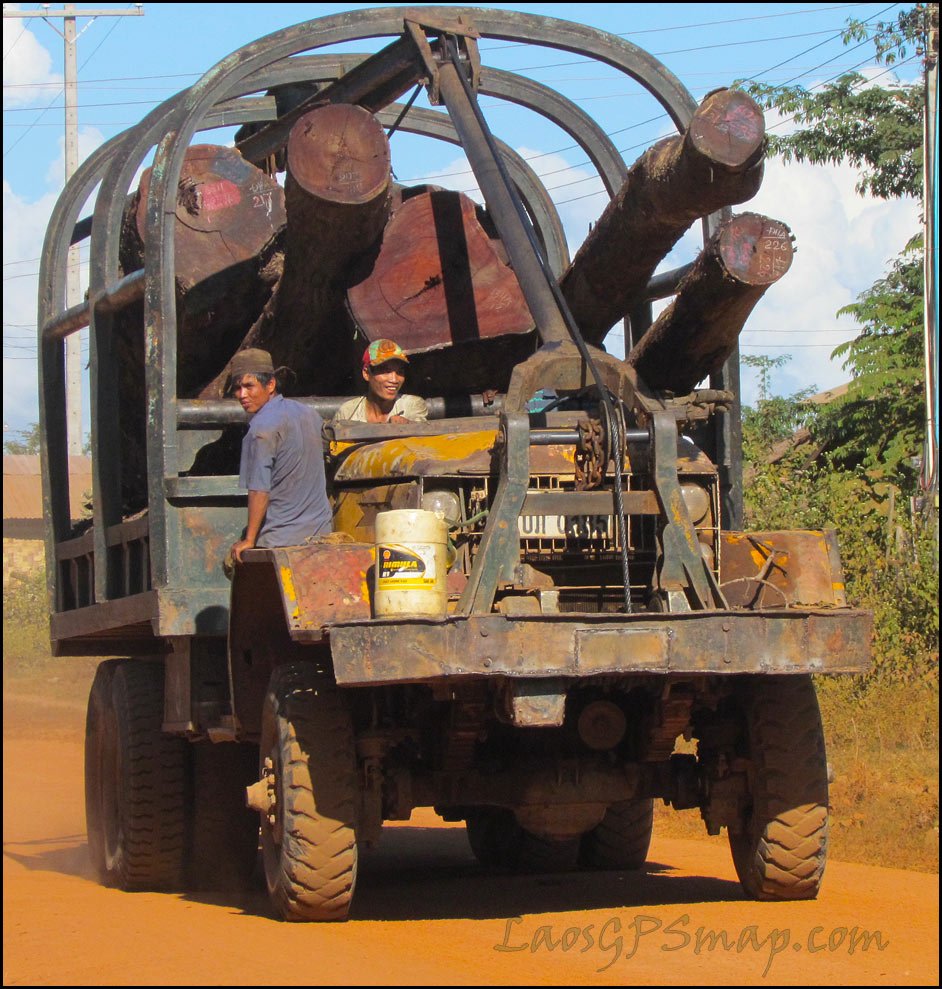 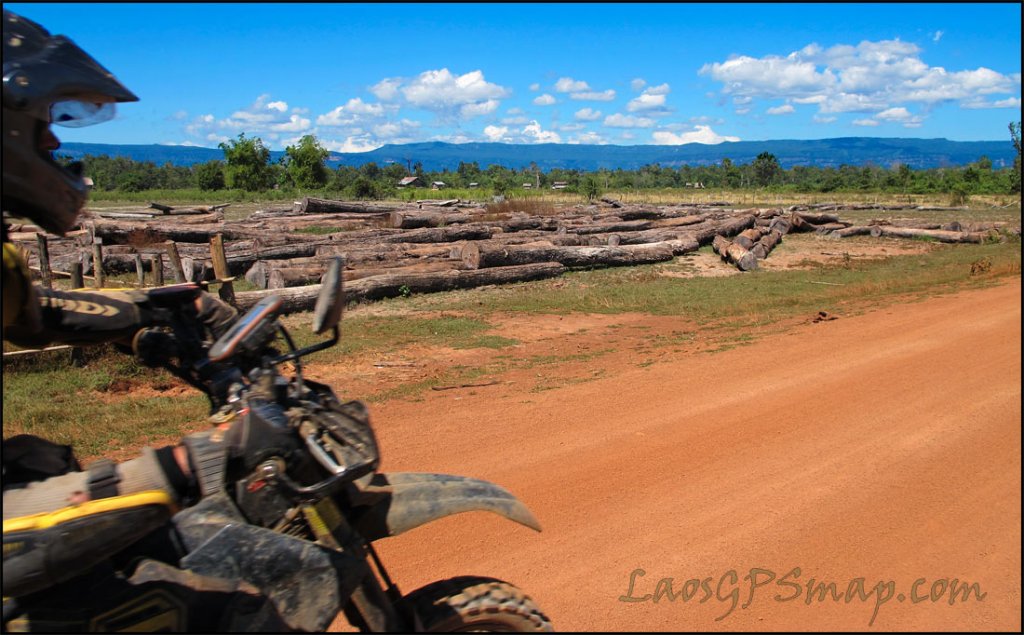 Chris
Not sure I remember the creek crossing pic you posted. So many crossings on those trails, bit of a blurr.. Where exactly was it ?

MM
Thanks for the Nong Fa roadworks pic. The inevitable progress...

I had passed through it, looking from the other side, same road you where on, will post another pic when I get home...

This one bill, from the other side..

Great report Bill & very timely in respect of many of us just passing through that area - Thank you!

Bill, Give a shout if you are heading this way we can hook up.
Now is the time to have a look around the weather in Laos is perfect! Midnitemapper said:
Bill, Give a shout if you are heading this way we can hook up.
Now is the time to have a look around the weather in Laos is perfect!
[attachment=0:fx01m2rt]xepon-overlook.jpg[/attachment:fx01m2rt]
Click to expand...