Don looking more chirpy in the settlement after the effects of the Laos Khow wore off.

Traditional house in the settlement

Rooms are ok no electricity after 4pm

Toilet was a little scary

A jeep testing the river for us 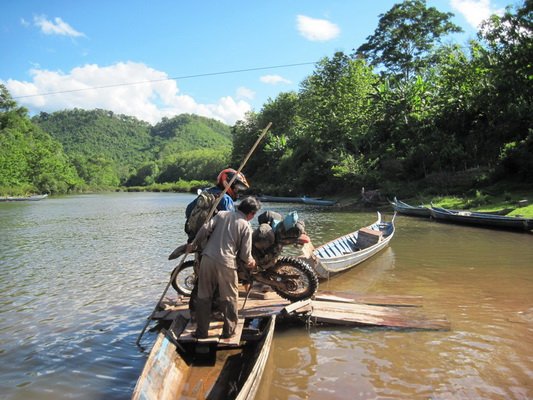 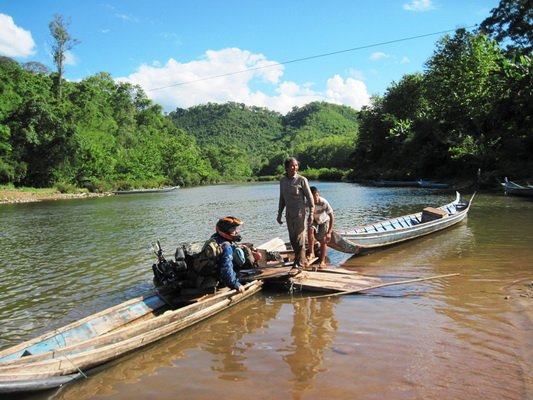 Russian Mig fighters planes donated to the Laos airforce, now out of commission at phonsavan airport

Beautiful trails on the way NE to Xam Neua

The old and the new in Xam Neua 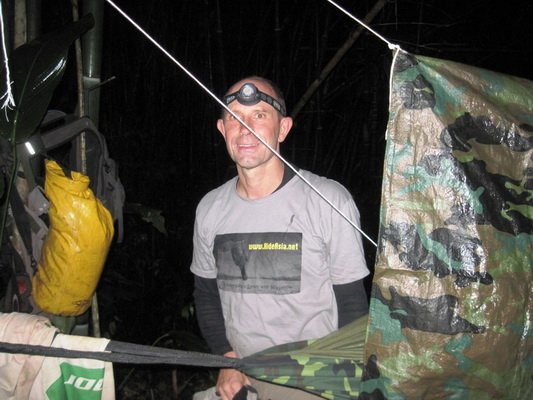 If you need a Thai immigration visa in Vientaine from the Thai embassy, Mr. Seng is a very professional immigration agent, saves you a day of hell.

Once through the border at Vientaine, Laos, back into Thailand , Alex and I stayed at the King Hotel in Loei, 500 bht great value

New racy tuk tuk in Loei, Thailand on the way back

The Lighthouse restaurant on the lake in loei, thailand has good food,farrang & thai style.

Can you go into the caves?..

I went to the restaurant in Loei, there was some crumpet in there....

Ktm Chris said:
Can you go into the caves?..

I went to the restaurant in Loei, there was some crumpet in there....
Click to expand...

you need a guide to go into the caves at Viang Xai, they re not expensive

a couple of clips here

face-plant in the mud south of Luang Prabang 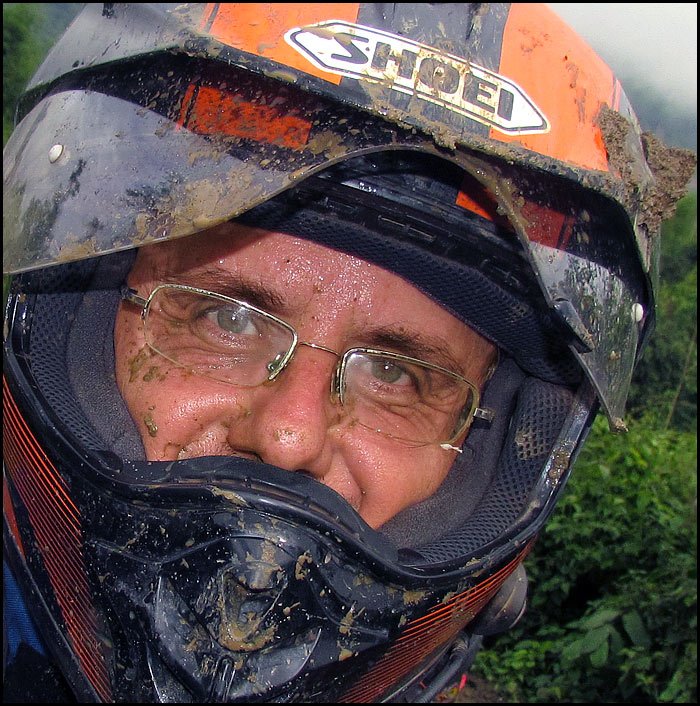 lookout spot in the caves

phil tries to do it again

The village we stayed in

Don getting his shirt dried

steve styling it up

This is the route taken from the Huai Kon, Thailand - Muan Nguen, Laos border crossing to Luang Prabang Laos. It is an unmade sand/ stone road that turns into a sand/ dirt road through some mountains. You have to cross 6 rivers none are more than 1/2 wheel deep out of rainy season. Approx 150km.

Dirt loop south of Luang Prabang where we got stuck 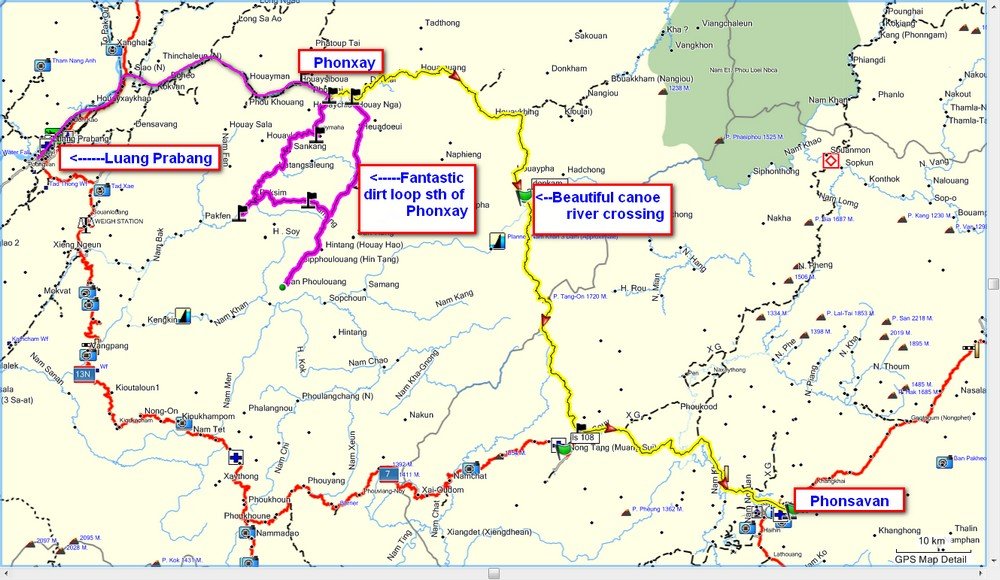 Phonsavan to Xam Neua by tarmac

Vieng Xai to the Vietnam border - a locals crossing only, not international

I thought we'd done 4000kms but I worked it out to be approximately 3175km, chiang mai start and finish.
My GPS had some problems, and I took an extra day to return on the 1268 and 1148, but it breaks down something like this

We did the road Vieng Xai-Xam neua to Phonsavan, 263km, average 53km/h, excl stops, which I reckon is good considering, and mostly amazing windy roads with good surface,not too unpredictable, with a few near misses from trucks etc coming the other way on one section,
I was amazed at the speed Steve kept to on his XR250
Heres the profile

Left 27 April, back on 12 May
Sunshine - when we got back to thailand

Here is a series of photos on the elevation profile track,

MM - I was wondering if the extensions of track on the Phonxay loop were where we went to the village and turned back?

The 3D maps add an amazing insight to what trails we were in involved in, nice job.

Nice pictures of the trails, have you forgotten about the photo of the dog in the bag on the step through?

Phil I checked the tracks quite thoroughly I did some exploring around this areas, but not to those areas that day. So something is wrong? I beleive that is a "route" and not tracks? Anyway I suggest using Google, Look at the elevation profile on Basecamp, a pretty good program but a bit clunky. Everyone uses Google and can relate to it! Still got squillions of photos from the trip.

I think I combined a route and a track that added the line further south of the Phonxay loop, it would make sense, thanks for spotting it.

Google earth screenshot of Phonxia loop, with edited tracks, as you can see we did not go in the areas depicted on the map you uploaded

MM - the thin magenta lines, are they single track trails?

After 6 river crossings we approach the Mekong river in the dark:

"How the hell are we going to ride across this one"? - Con.

This might be one of the best photo's from the trip (from midnight mapper) - the dog looked pretty happy being carried this way. 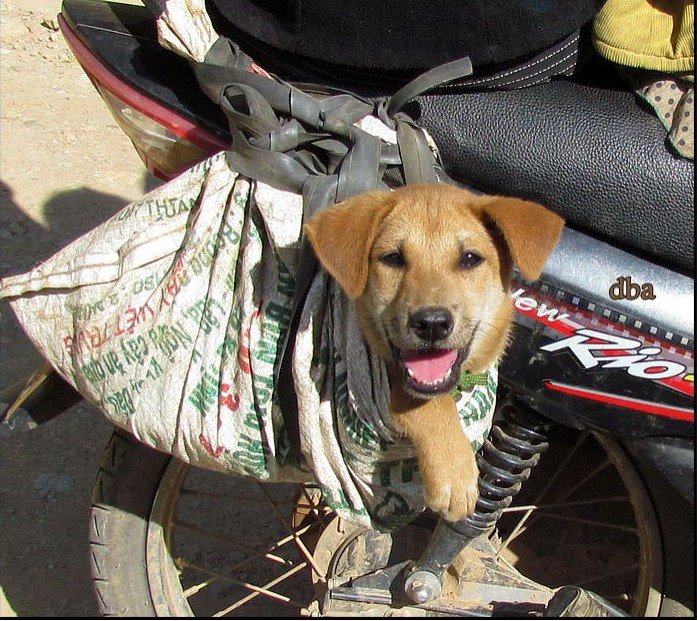