Leo had been riding an automatic scooter around Chiang Mai for a month and was curious to see what off road bikes were like, so we arranged for him to go and take a lesson out at the motorcross track in Mae Rim, 14km north of Chiang Mai city.

Nae ("Nair") who is a partner in the motorcross track in Mae Rim, had agreed to supply him with a Kawasaki KLX 140 which is the perfect bike for a beginner to learn on being low and very light & give him lessons.

This was the first time i'd actually seen Nae give lessons and was quite shocked how good he was as a teacher! Here showing Leo all the controls, Leo had never ridden a motorcycle with a clutch before. 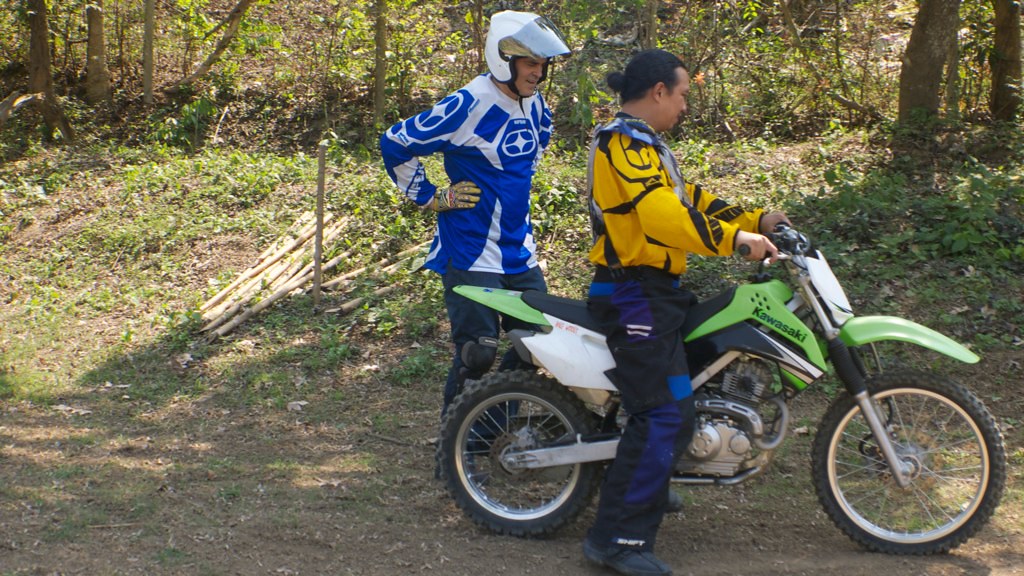 Explaining "let the clutch out slowly until it bites"! 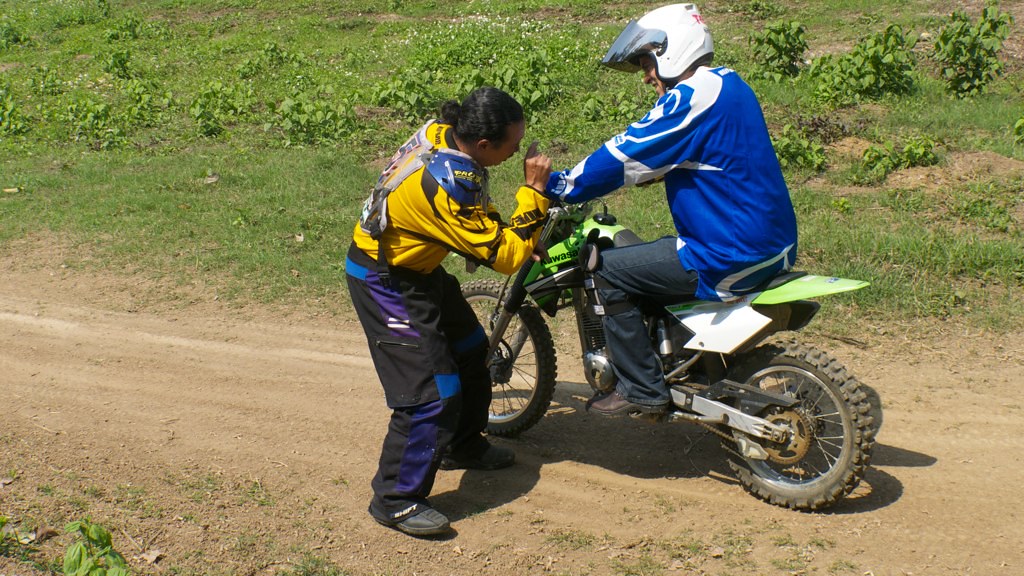 Then he was off first lap slow in 1st gear , 1st time ever on a geared motorcycle 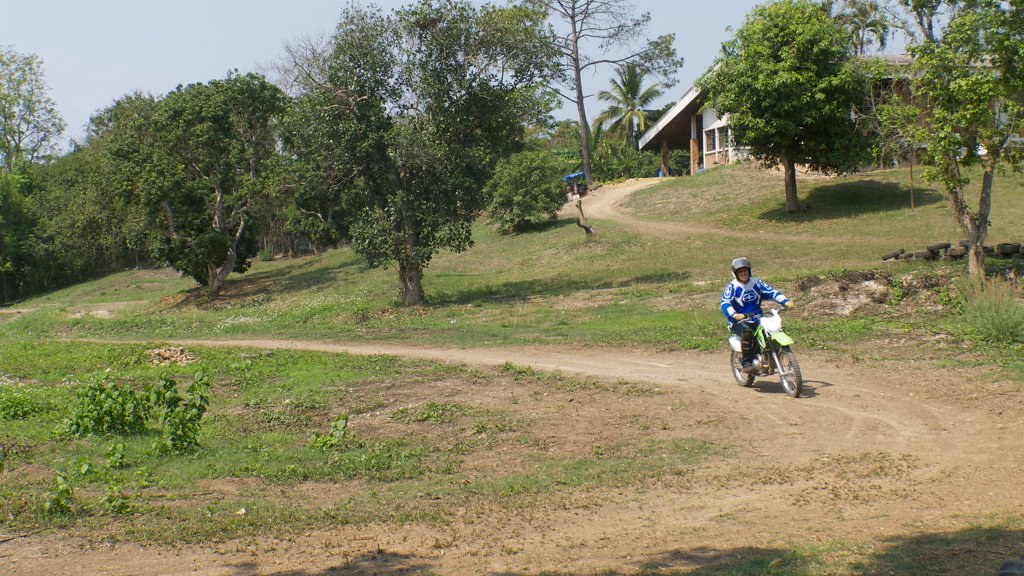 Next lap second gear, didn't stall it once 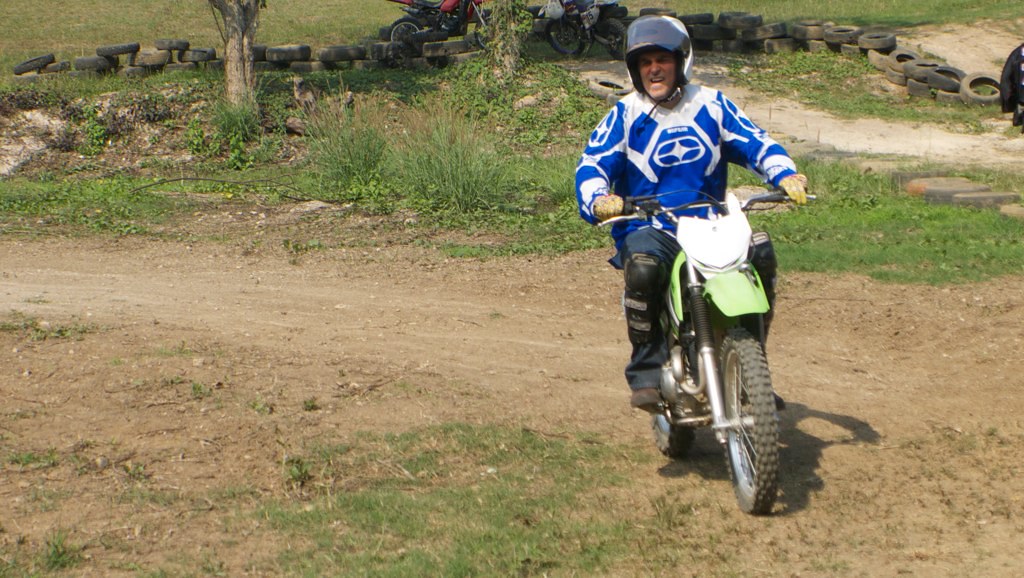 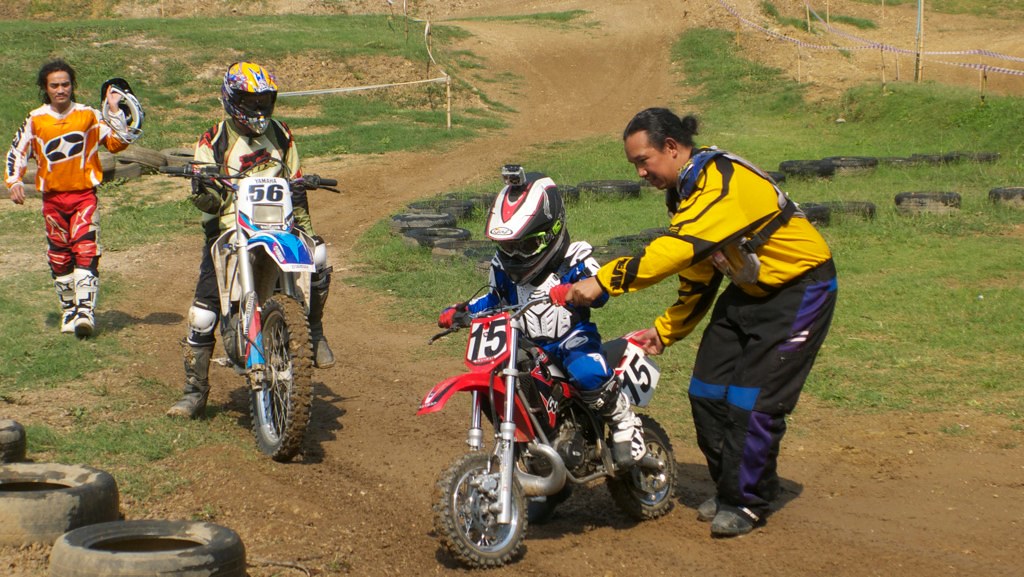 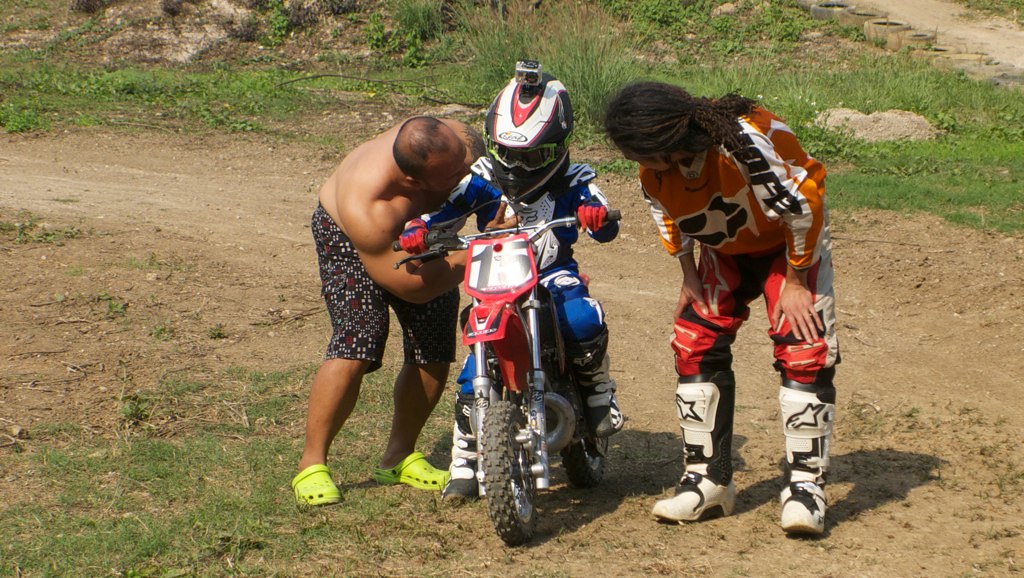 Then the race was on, Leo was a real gentleman, every time the 6 year old lapped him, he would pull over and let him through 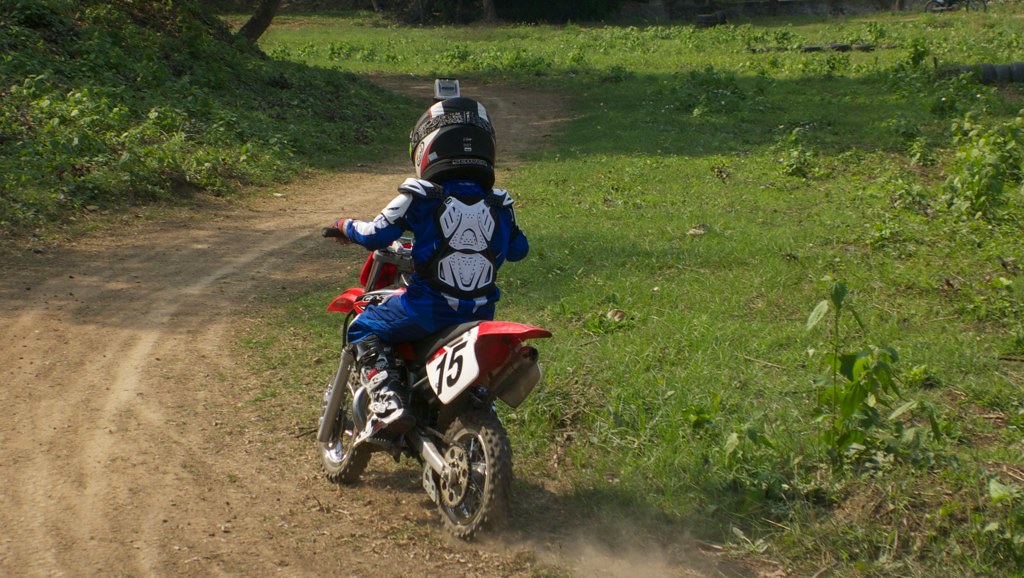 One of the little guys coaches 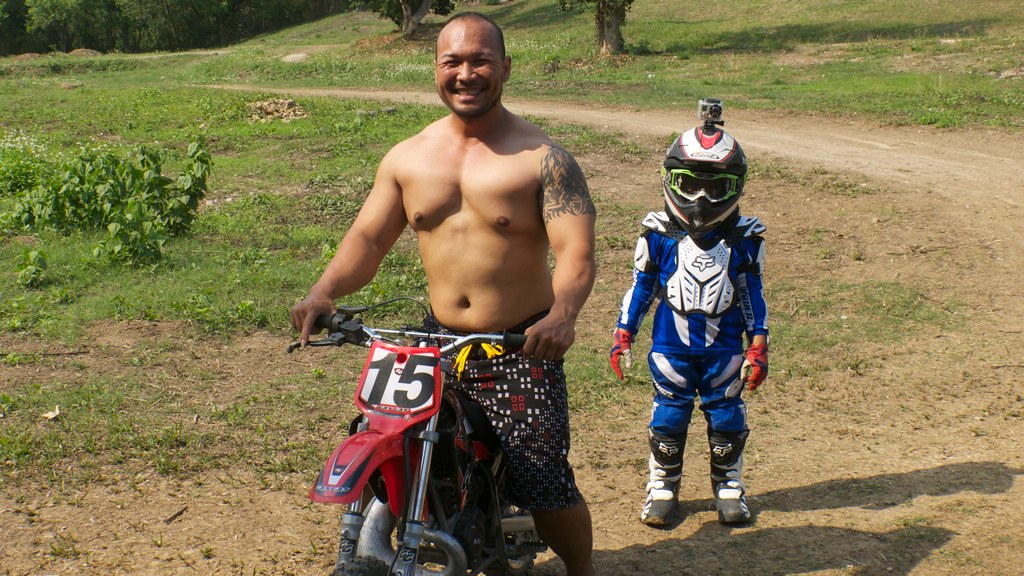 Some Thai guys turned up out there practicing too, the track had the sprinklers on for a couple of hours before hand so the dust was minimal 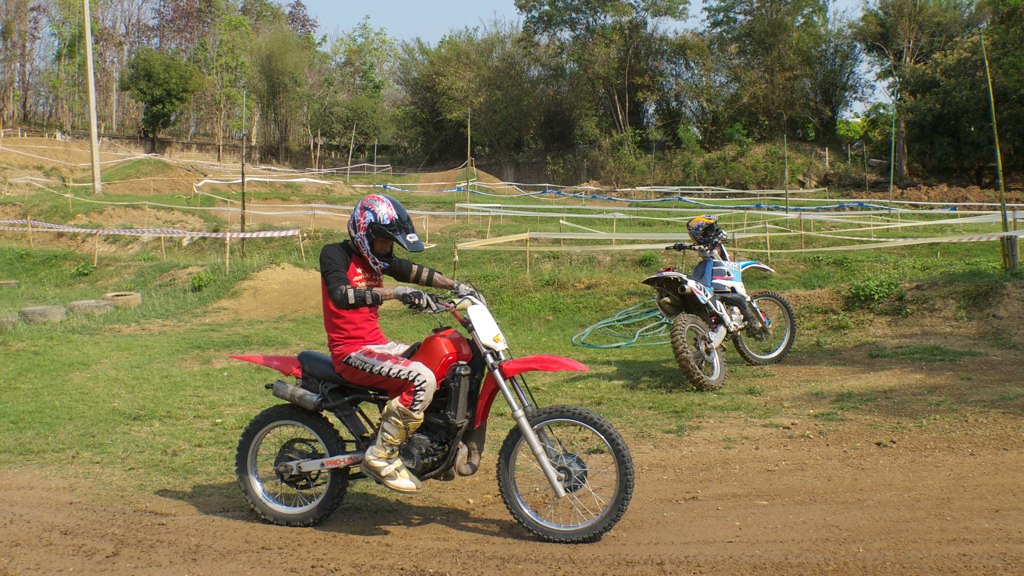 The little guy getting some coaching for the big track Some newbie impressions from the first time I ever drove a manual:

1) Nair was easy going and a good teacher.

2) I figured out that "neutral" in-between 1st and 2nd is a hit-and-miss proposition. Sometimes you think you are in neutral when you are not and vice versa. The only way to really find out is to let out the clutch. So in city traffic at a stop you presumably would be squeezing the left clutch continuously. At least once at a stop I had a finger trapped in between the clutch lever and the left handle bar but I was not about to let go.

3). The trick to shifting smoothly into 1st is to release the clutch slowly and then give gas, rather than gas and clutch simultaneously, which for me was impossible (the throttle seems easier to twist than the clutch). So left hand must lead right hand. Shifting into 2nd was trivial. But I know why motorcyclists wear boots: the constant upshifting will wear a hole at the top of your shoe.

4) I figured out, and Phil confirmed, that you are not to rest your right foot on the brake pedal, even lightly, since it might be 'riding' the brake.

5) You can brake and not disengage the clutch. For some reason at the beginning I was disengaging every time I braked, but that's not necessary.

6) At least once, to my amazement, I shifted from 1st to 2nd gear without using the clutch.

7) I only stalled out twice, and both times from a stop because I thought I was in neutral but was really in first.

8) Back brake first, then front brake is a good way to stop. In fact you can come to a complete stop with just the back brake.

9) Shifting was easier than I thought, as the Kawasaki KLX 140 is a good learner's bike and the track was nice and level.

10) disc brakes really grab (I tried a panic stop and skidded) and the tires grip the corners really well. Of course no loose soil and I was going about 20 kph.