​
Much awaited off-road variant of the KTM 390 has been finally confirmed for launch.​
On​
For many months now, we have been reliant on spy shots of a KTM bike, which was more or less a version of 390 Adventure. But, the company had never accepted its existence. Neither any plans were revealed. All that suspense ended today.​
Just a few minutes back, Bajaj Auto confirmed via press release that the 390 Adventure is coming. Not only that, they also confirmed that the launch will take place in 2019. We expect the launch to take place in early 2019 (by March), after the bike makes its global debut at the EICMA show in November this year.​
​ 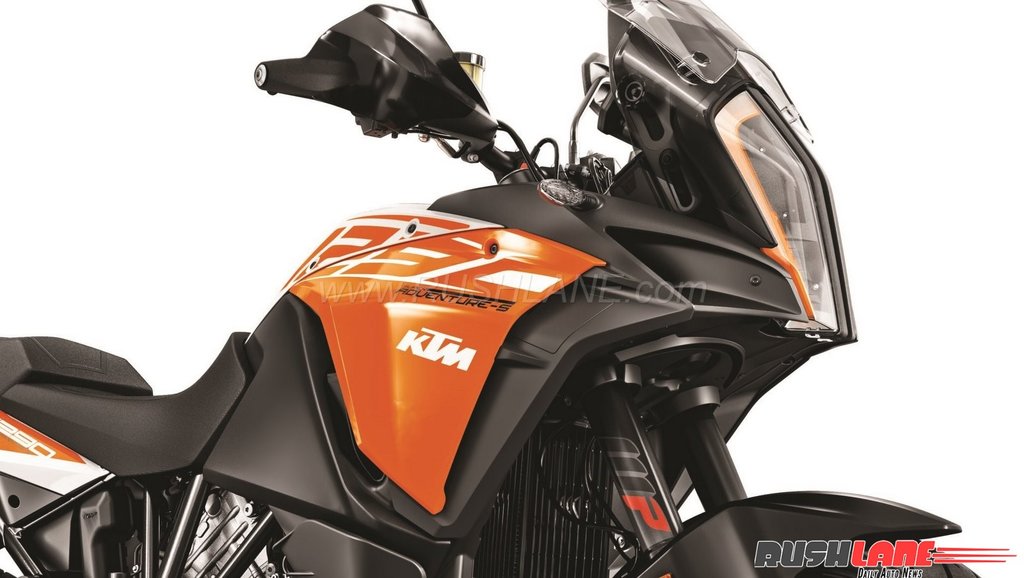 Image of 1290 Adventure, which was shared by the company along with the 390 Adventure press release.​
Commenting on the upcoming launch Amit Nandi – President (Probiking), Bajaj Auto Ltd. said “KTM is a niche brand for a select few. With the 390 Adventure we would be making our long awaited entry into the niche premium dual-sport segment which is a very apt segment for Indian roads”​
​
KTM 390 Adventure is being projected as a middle weight performance bike which will find good demand in India. It will be produced locally at the Bajaj Auto Limited plant in Chakan, Maharashtra and aggressive pricing will ensure that it will find a host of buyers in the country.​
​ 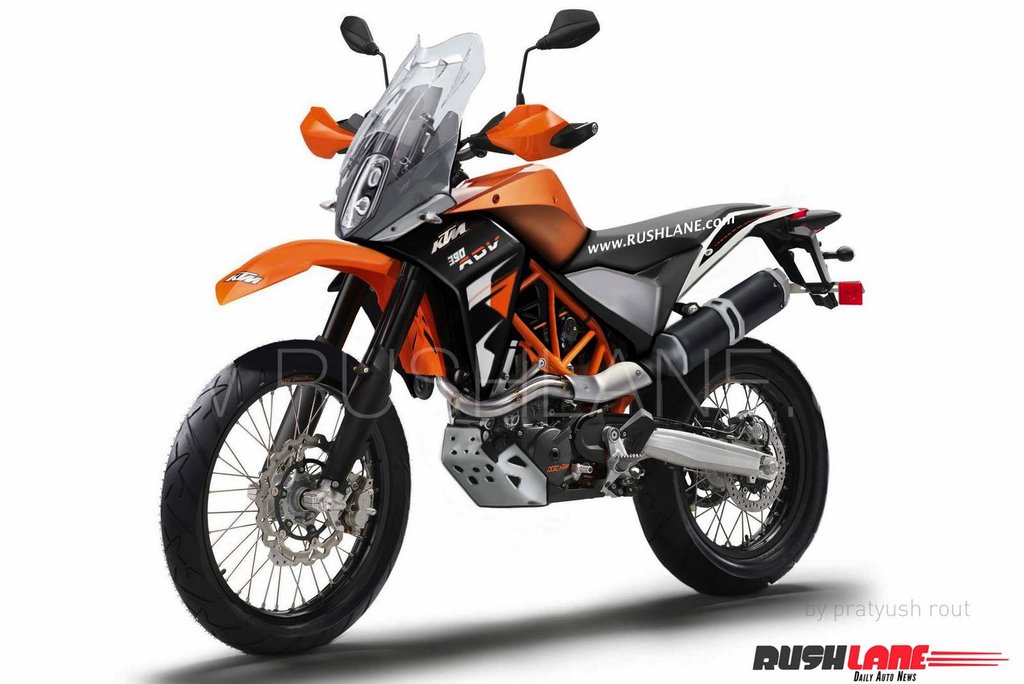 KTM 390 Adventure based on spy shots​
KTM 390 Adventure will be based on the Duke 390 and will borrow several features from the 950 Adventure, 1190 Adventure and 1290 Super Adventure in terms of design. KTM 390 Adventure will be seen with longer suspension, dual purpose tyres and a large fuel tank. Having upright seating position will ensure more comfort over long distances.​
Other design elements could include a tall windshield, LED projector headlamps, ergonomically designed rider and pillion rider seat, underbody protection shield for engine block and multi spoke wheels fitted with massive off road tyres allowing it to tackle the most rugged of terrain. Braking is via petal disc brakes at the front and rear and it also gets long travel suspension at both ends along with ABS.​ 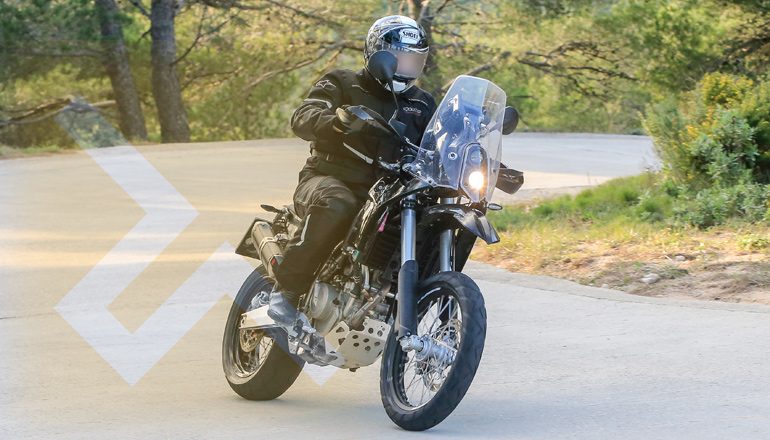 ​
KTM 390 Adventure gets the same 373.2cc engine as seen on the Duke 390. This single cylinder, liquid cooled engine is capable of 44 PS power and 35 Nm torque mated to a 6 speed gearbox on board the Duke and RC 390. If the numbers remain same for 390 Adventure, that remains to be seen.​
Local production and competitive pricing will allow this 390 Adventure tourer to compete aggressively with others in its class. We expect a pricing in the range of Rs 2.5 – Rs 3 lakhs. While launch in India is on the cards for early 2019, Bajaj Auto will also export the bike to global markets.​
News Release​

Sounds very interesting. Do you have any links to these news?

No only the link to the article in Rushlane, cant see it being sold for 144k baht the 390 Duke is 210k baht so if and when it comes it will be more like 250k i hope

Latest spy shot's to keep everyone on the hook, but overall look so far not very inspiring, let's hope the price is !! 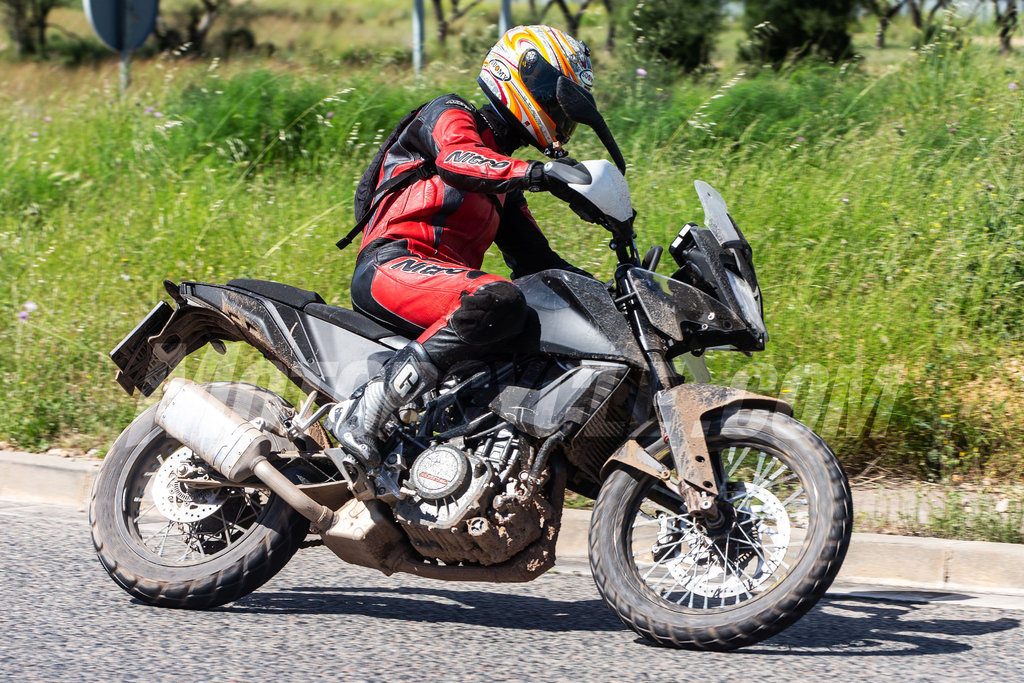 A bit more in here; 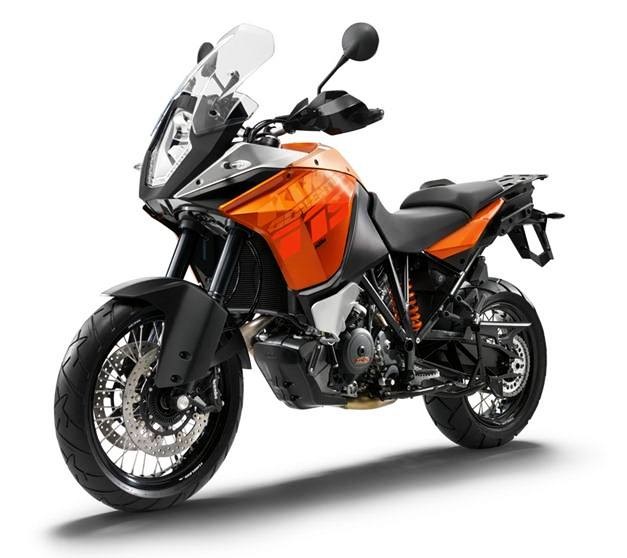 Still no official launch date, this is getting like the T 7 saga

Well the wait continues, now looking at a 2019 release date.

This from only last week.

Well i think we all expected to see it in 2019, but still no real firm dates or indication of price, what a tease.

If it comes anywhere near this I'm in, although i would like to see the exhaust a little higher and the front guard clear of the tyre & bin the mag wheels. 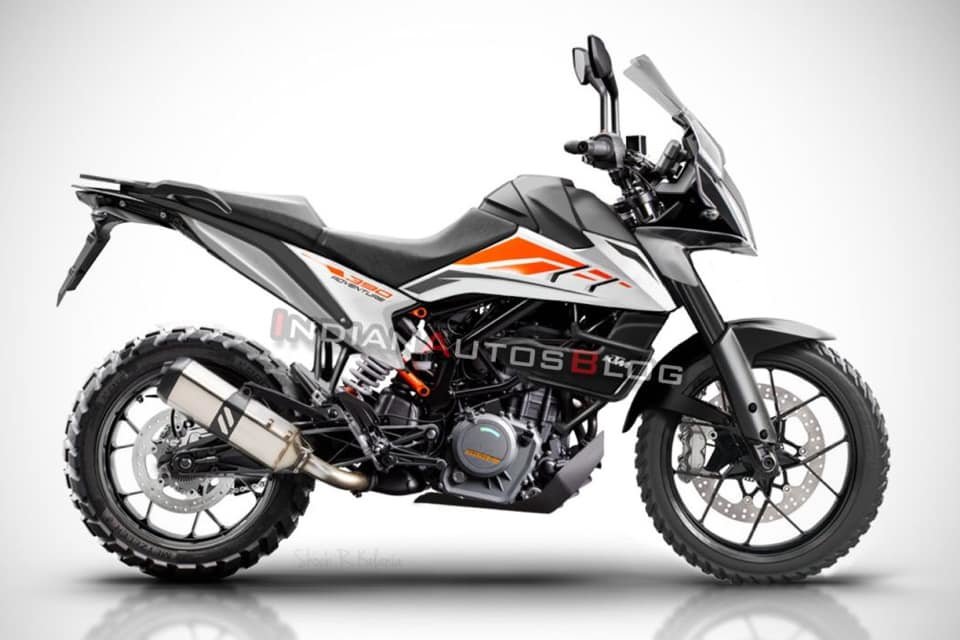 2wheels said:
This from only last week.

So from 21/18 spoked wheels to cast alloy 19/17 wheels? Why dont make it a complete road bike then? Hardly a progress imo...

Snakeboy said:
So from 21/18 spoked wheels to cast alloy 19/17 wheels? Why dont make it a complete road bike then? Hardly a progress imo...
Click to expand...

Fingers crossed the spoke wheels will return in the final offering. 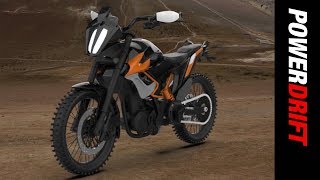 KTM has just recently taken the wraps off their new 790 Adventure shown above. […]

I've been looking at the New 790 Adventure in a UK showroom. They didn't have the R model which has much better suspension and is higher.
I could flat foot it. It looks and feels awesome. 21 inch front wheel. Great reviews out there on both models. It's a completely different Bike to the Duke. If KTM can get it right with the 790 then i'm optimistic they can with the 390. and you have to ask yourself why wouldn't they. There are enough 'pretend' Adventure bikes out there already. They already have the Tubeless 21/18 spoked wheels on the 790
Last edited: Jul 21, 2019
You must log in or register to reply here.
Share:
Facebook Twitter Reddit Pinterest Tumblr WhatsApp Email Share Link
Top Bottom