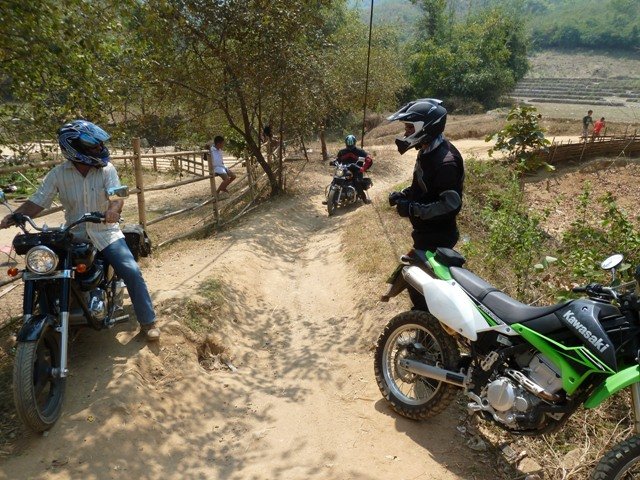 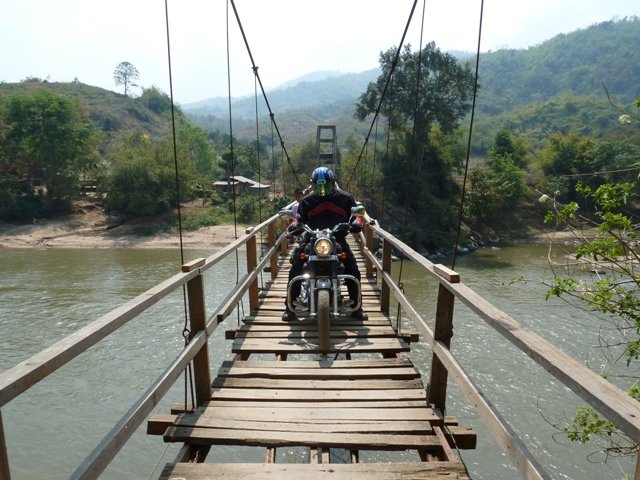 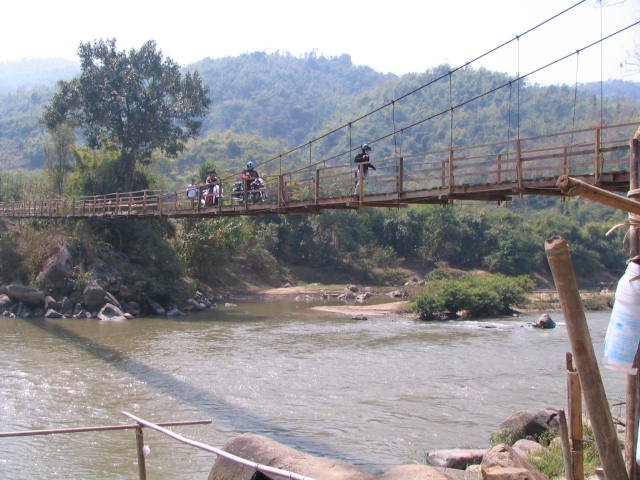 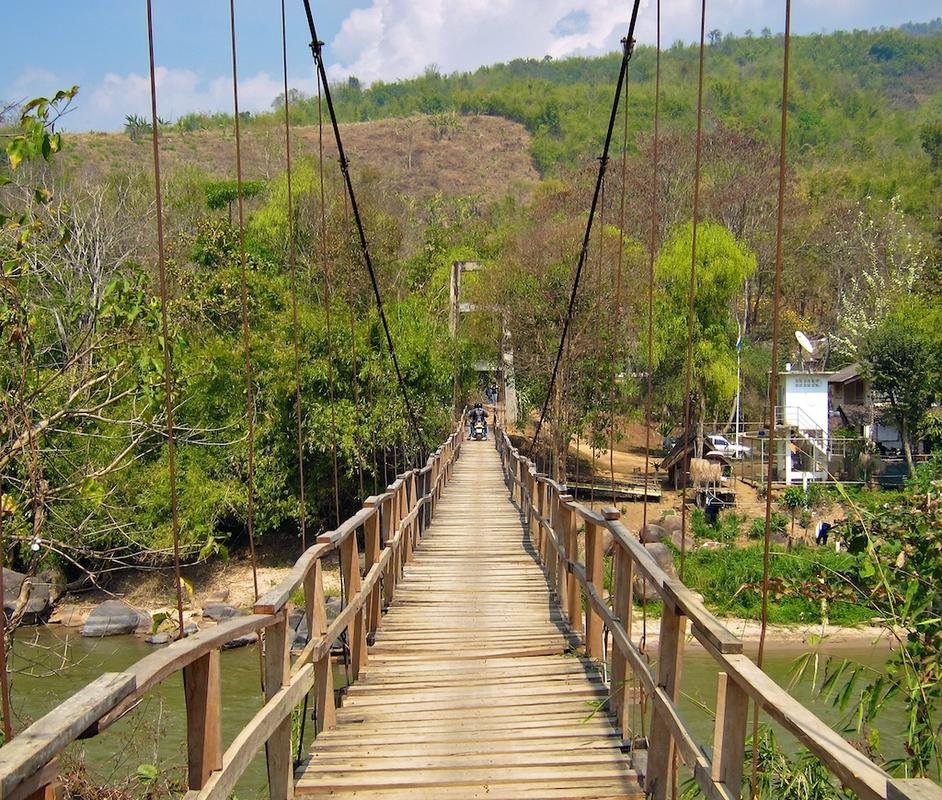 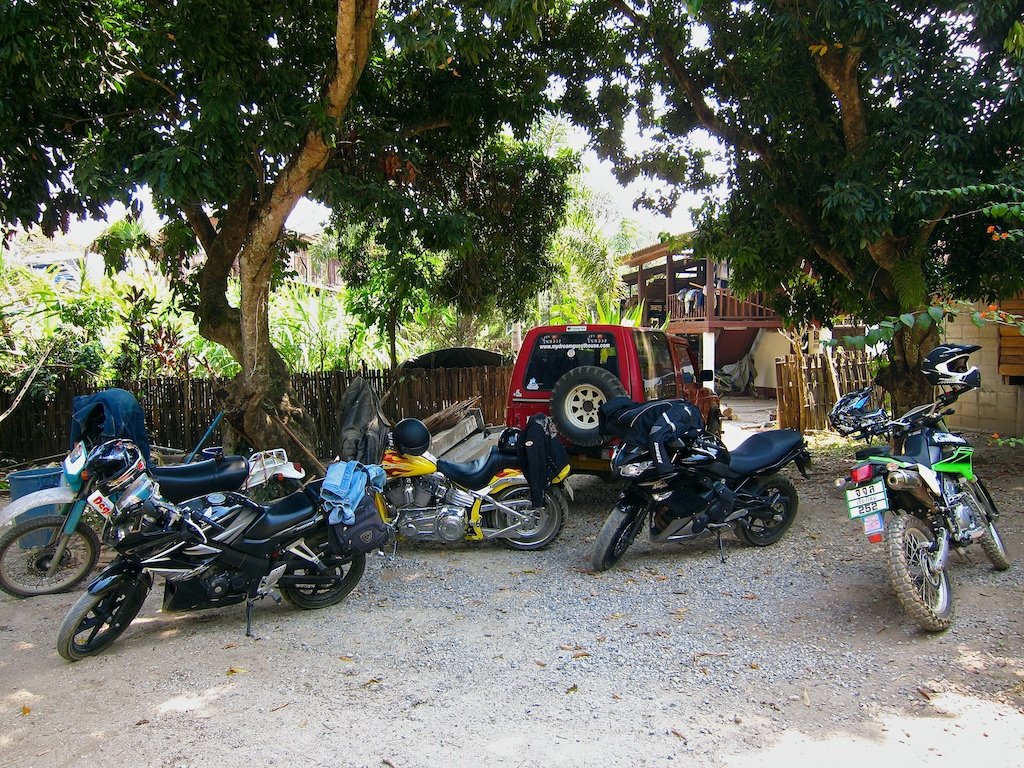 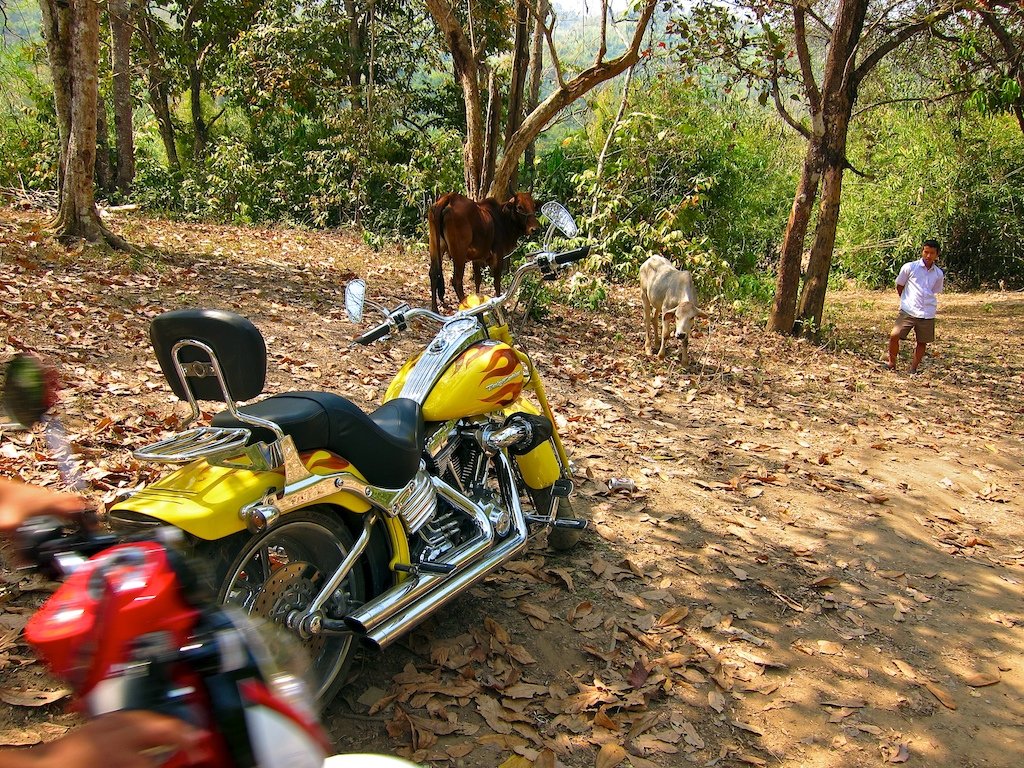 I wouldn't want to try and take Ray's Harley over the elephant bridges these day's it's in very poor repair.

bsacbob said:
I wouldn't want to try and take Ray's Harley over the elephant bridges these day's it's in very poor repair.

Worse than the second pic?? Not much left then. I just tried to stay on the centre stringers seeing as they were a double and hope there were no nails sticking out
from the missing boards.
Should have seen the bridge swing when I tired a little bit of power. I would not have tried it but the track was so steep and the washouts outnumbered the flat pieces of road
I was not sure I could get back up the road.
Now if someone had told me what was ahead when we left the park I probably would not have chanced it.
Good food at the restaurant on the far side but then the raod works back into Chiang Rai ..................could not win that day.