CHRISTMAS ISLAND AND STONEHENGE AND RABBITS

Derek (BMW1150RT) suggested a ride into the mountains through Mae On and brunch at Tharnthong Lodge.

My option was to remain home and mow the grass and weeds, so it was an easy decision to accompany him.

We met at Promenada and headed off along 1317.

I wanted to record how dry and desolate the mountains are looking at this time, however my freshly charged Nikon battery
had decided to die on me during the night so all subsequent photos are from my mobile 'phone. Grrrr. Past the turn into San Kampaeng Hot Springs then right at the junction with 4074. 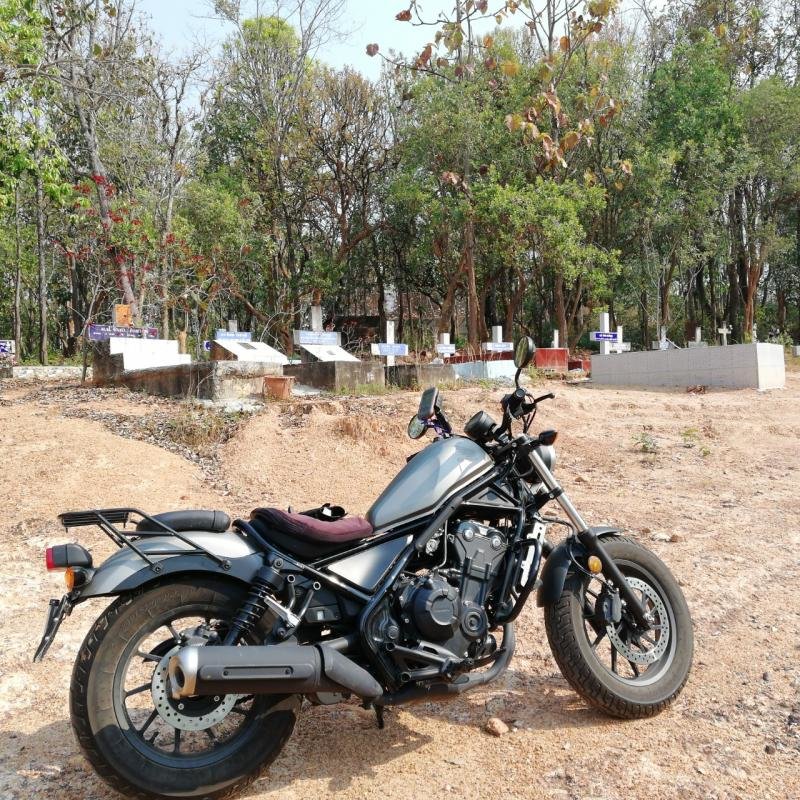 Along 4074 where the scenery is still green and the streams are flowing. Nice cool air too.

We stopped at Tharnthong Lodge and parked the bikes just as a large, loud group were departing and nearly had the place to ourselves. 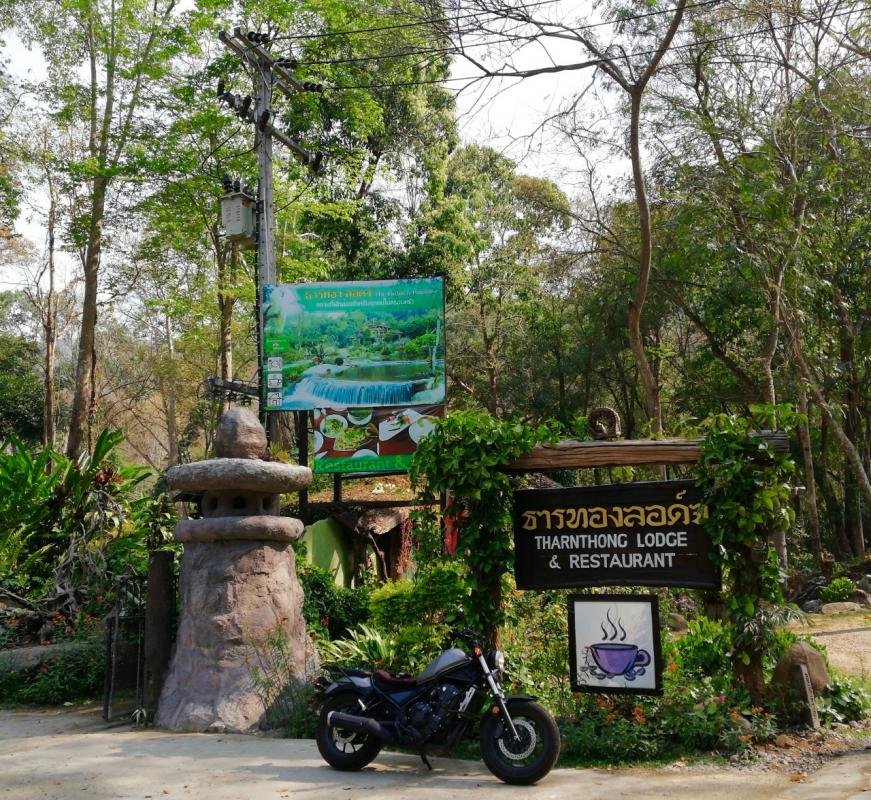 The setting, for those who haven't been there yet, is beautifully designed and lush.
The sound of running water is always relaxing and the jazz playing in the background was 'cool'.

We ordered from a good menu and remained at the table taking in the ambience. 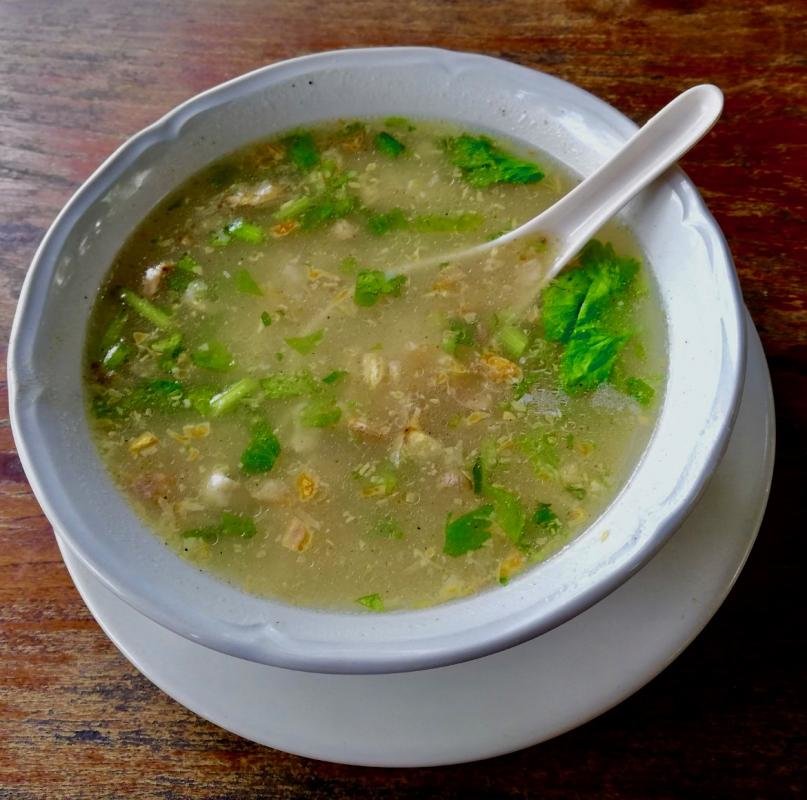 'Sammy' their ferocious guard dog.
There's a pair of eyes in there somewhere! The owner, Khun Pichean, arrived with his adored pair of parakeets (South American Sun Canure).
They are free to fly anywhere but prefer to stay put. I don't blame them. 'Sunny' and 'Sunshine'. 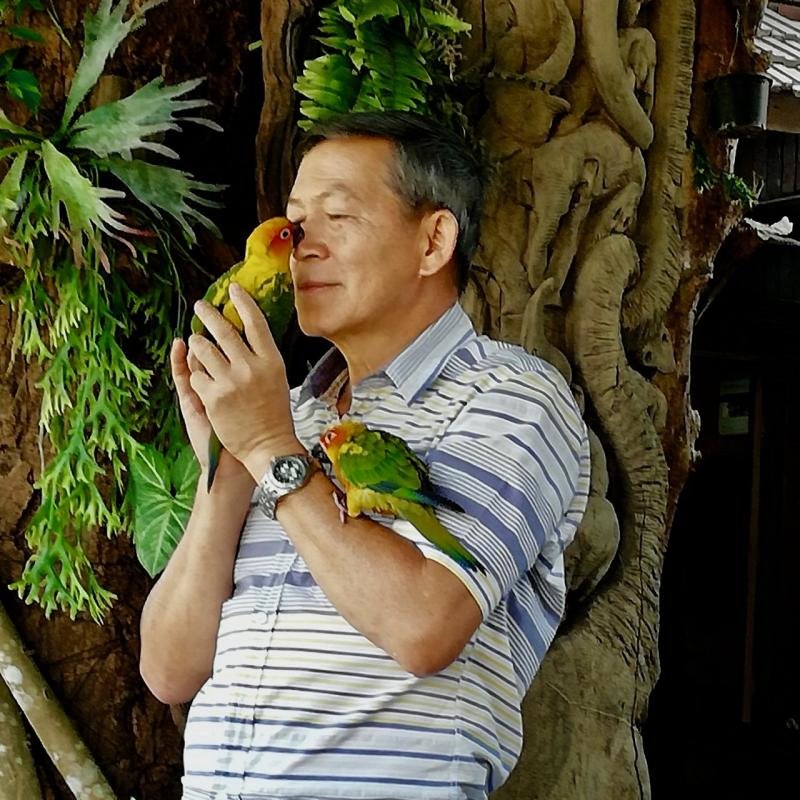 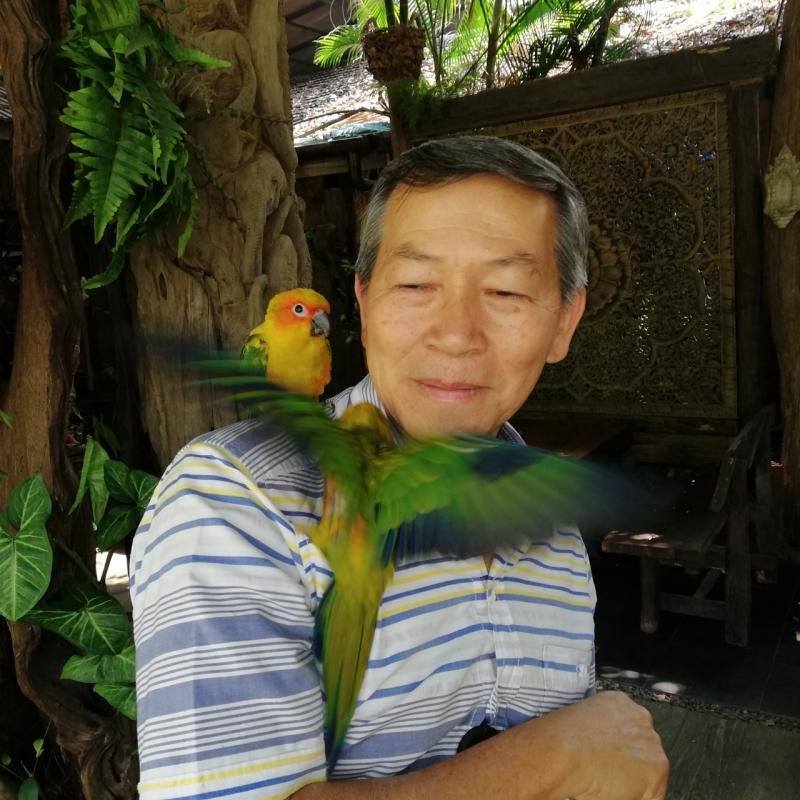 We enjoyed a pleasant couple of hours there, including a walk around their gardens. 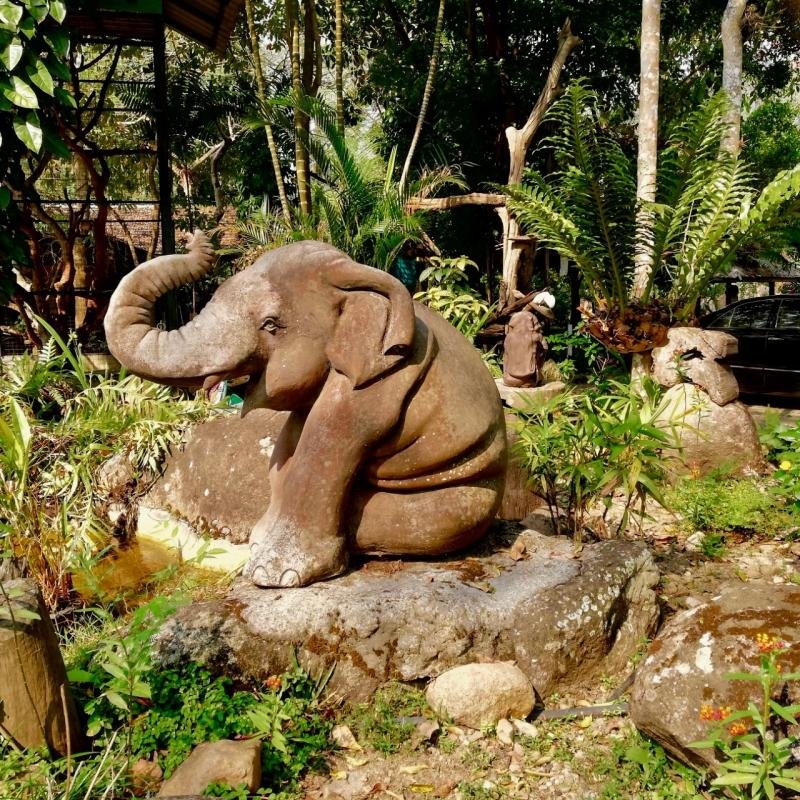 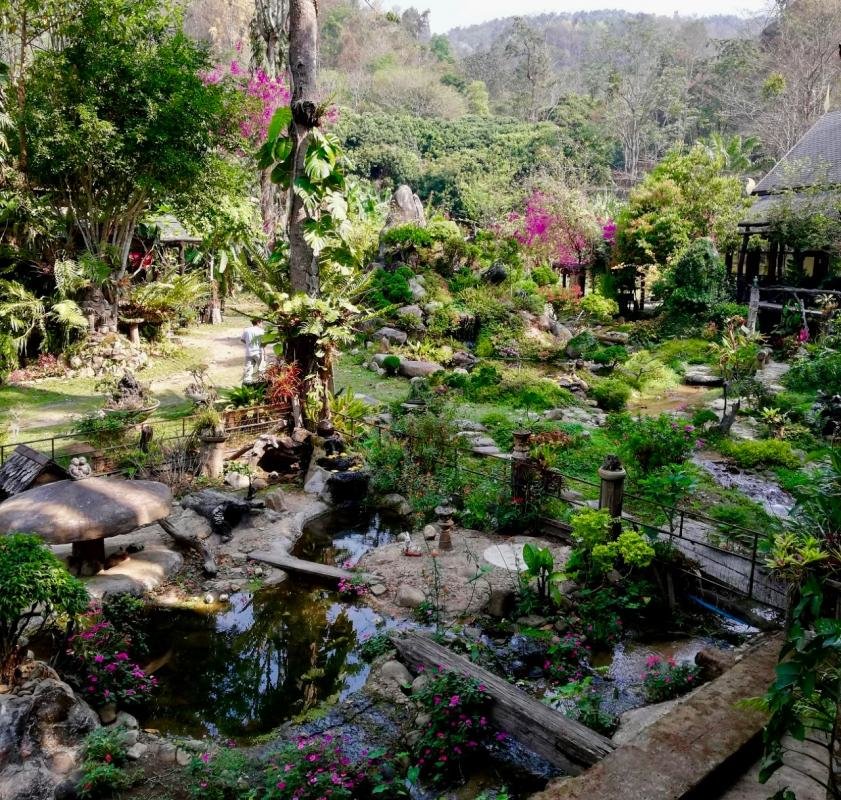 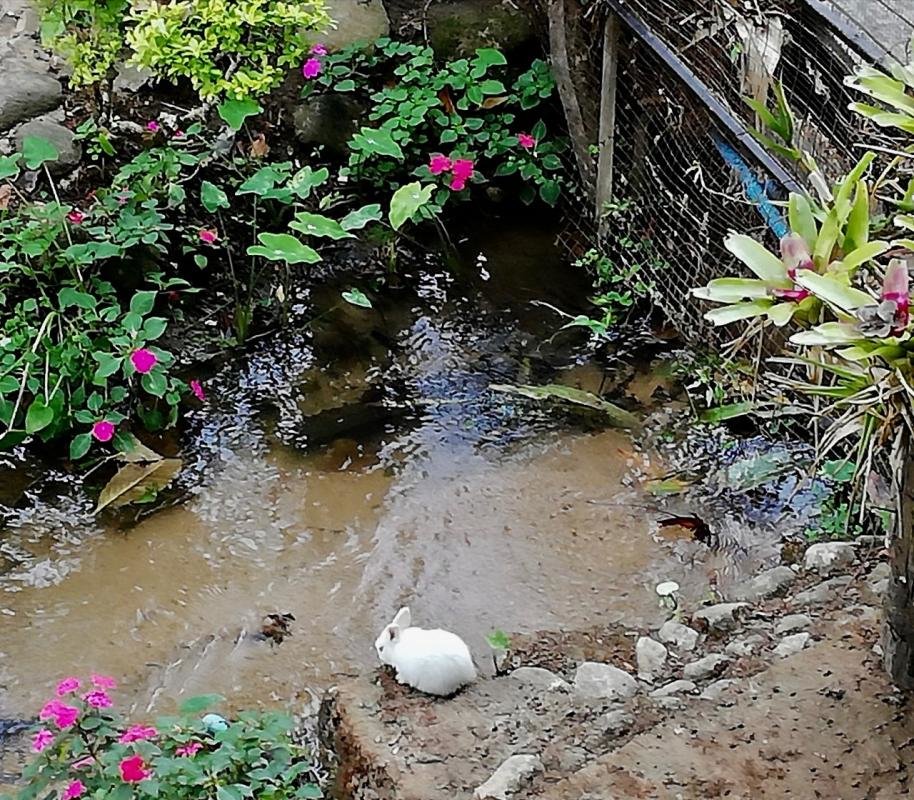 Their bungalows would be a great venue for that special weekend romantic interlude.
No, maybe not, as I hear the place is packed on weekends. So perhaps a mid week interlude instead. 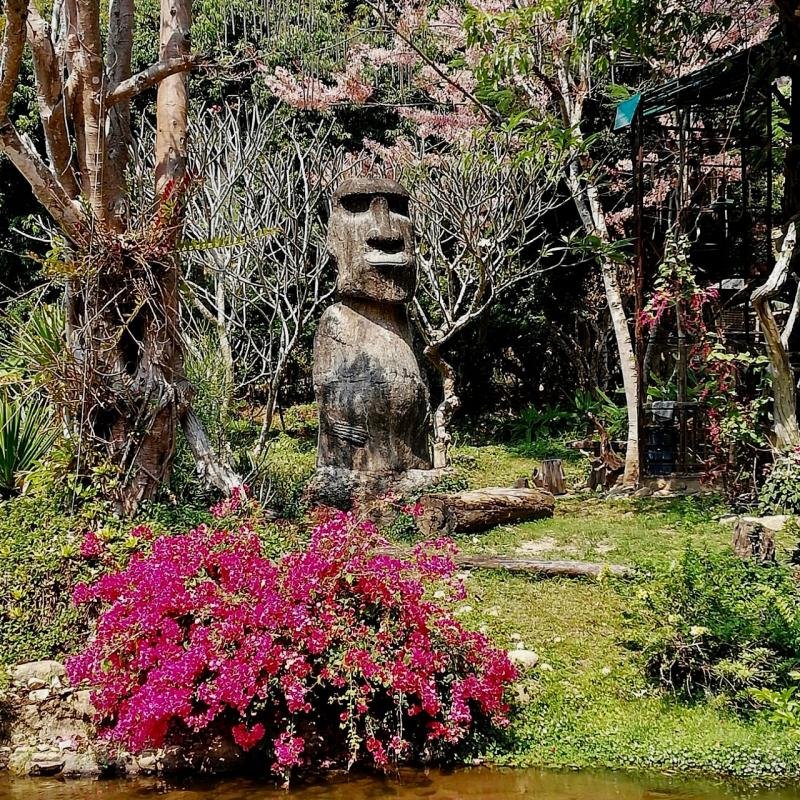 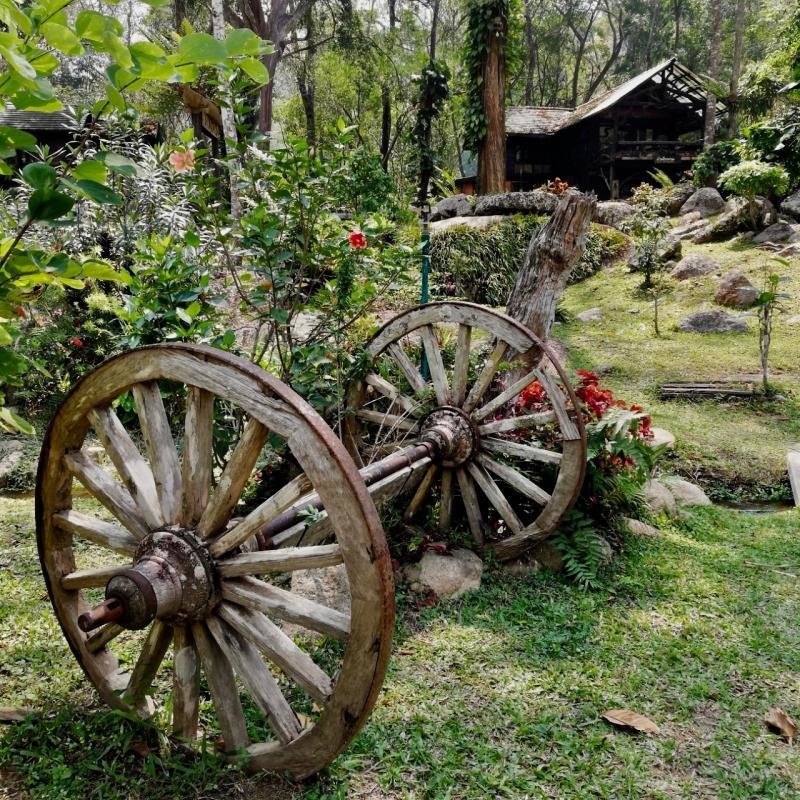 A Legend in the parking area. 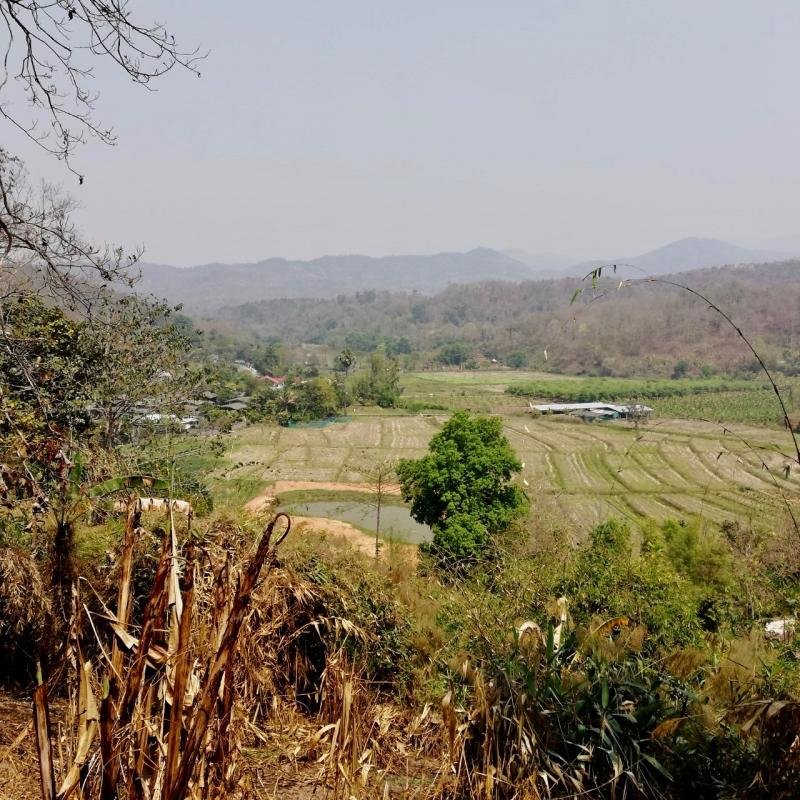 &#8230; to the 118 speedway and an interlude with a loony in his Isuzu V Cross (Very Cross!) Dmax.
This clown gave Derek a hard time. I stayed well back.

However, I did have an interlude with not one but two utes on 1317.
One crossed the double lines to pass me on a curve to the left then whacked on the brakes and turned off to the right in front of me.
He could have remained behind me for 10 seconds. Oh, I forgot, no he couldn't. Grrr.

Then a few minutes later exactly the same thing happened!! Synchronized stupidity. Grrr again.
I actually think there's a lot of psychology behind such moves but I don't wish to open that can of worms here. So it was a pleasant alternative to slaving over a lawnmower.

And some pics from Derek (Lumix camera). 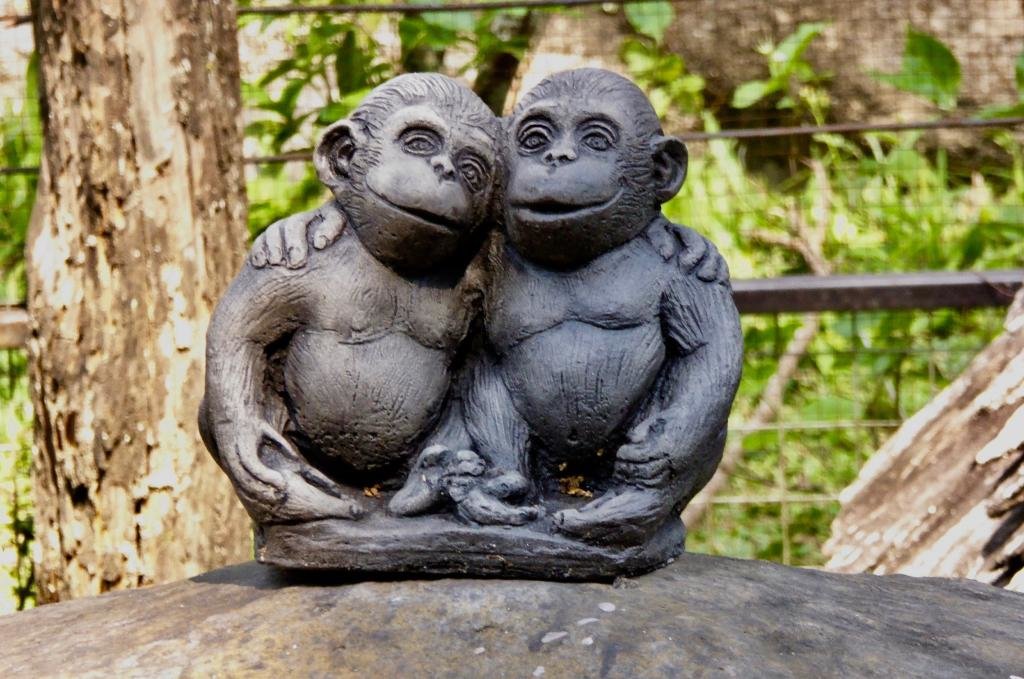 Thanks for posting these nice pictures and the story. The pictures of the mobile phone are more than good enough to show that the hill sides are very dry and a small spark may set the mountain sides on fire as shown on this picture taken a few days ago.