An American escaping Christmas in Thailand

Hello all, I'm from Arizona and have been riding and racing dirt bikes there the last 8 years. I just had the pleasure of 10 days of riding around N Thailand. So as my first post this is kind of an introduction and ride report all in one.

I've got three weeks in Thailand, I thought it would be plenty... I was wrong. The plan was for two weeks up north and then a bit of scuba in the south which makes packing fun.


I arrived in Chiang Mai on the 10th and tootled around on a scooter for a couple of days. I'll spare you the touristy bits but two days to get used to the "wrong" side of the road and a... different set of riding customs (every bike, car and truck for themselves) worked out quite well. 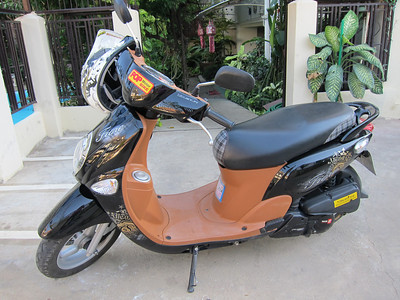 ​
I was refereed by a friend of a friend to some guy at this place and picked up some advice and a map to Nan that made me an instant hit with the local riders there. My mother was, is and will always worried about me so she was somewhat mollified that I had someone local to talk to, thanks Phil for that! 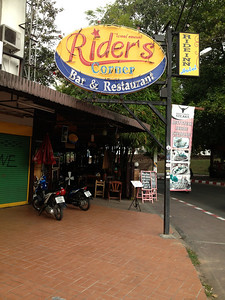 ​
With a mostly dirt background I was looking to hit dirt whenever it made sense and the first destination was Mae Hong Son. If you look at them maps the backroads with dirt thrown in is a much more direct route. So on the 12th I headed west... eventually. My sense of direction seemed to take a beating crossing the date line. More that once I went the exact opposite direction that I was intending. But sometimes that's the best part of traveling.

Sorry to leave it hanging but I've got a battery problem and I wanted to at least get the report started. Day one on the bike was fun though 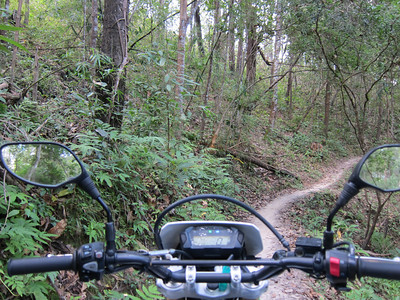 Great start Jonny, looks like you know how to captivate, watching for more.....


(I'm still hugely jealous that you're sponsored by Klim)

Johnny ! You just have to fill us in on the rest of this trip, sounds like your having a fun time !

A very warm welcome to RideAsia.

Hey johnny_5, greetings from Utah. Yeah... It's snowing here and it sucks. Looks like you rented a CRF 250 L. Be interesting to hear your thoughts on it. Welcome to the forum.
G

Hi, hope you get around to the rest. Just done MHS the easy way on the1095, hopeing to do the dirty way through the middle soon.
Found packing for two different hols a challenge too, had to wear some stuff through the airports.
Tim.
J

I know I'm all excuses but I was on a scuba boat this past week and I return home tomorrow. However... I have some silly long layovers and flights so I should be able to knock out all the writing and get it posted up in the next couple of days. 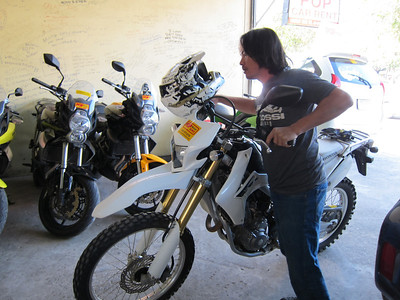 ​
So where did I leave off... right taking off from Chiang Mai. Thanks to Phil I had a GPS track to follow... of course I left my GPS at home but I did have an iPhone. After a couple of weeks of use I can give two thumbs up to the MotionX-GPS app for the iPhone. I was able to load the gps track, waypoints and download maps for use when out of service range. So Phil's routes wove west from Chiang Mai to Samoeng and through the mountains to Mae Hong Son. I got a late start out of town which with hindsight... was not smart. If you're going to be dumb you have to be tough.

Two thumbs up for the Pops rental shop, the bike was in good shape, they put a rack on the back for me and gave me bungy cords... that may have been subjected to a little bit of carnage. But anyway...

So I got to Samoeng around 12 and immediately took a misstep. It's not easy to be constantly checking your phone... I turned left where I should have turned right and realized it about 20 mins later. I'm alergic to turning around if I don't absolutely have to AND MotionX-GPS showed a trail that would connect back into the GPS route. 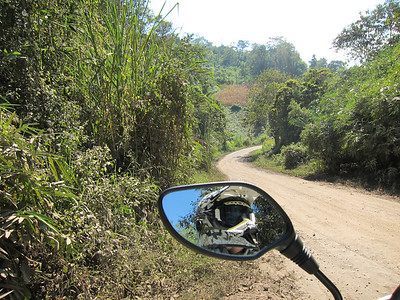 ​
Here's the first bit of dirt that I saw on the trip. Like a kid in a candy store I got a bit giddy. Nothing like being in your element. Thailand is so foreign to me but give me a dirt bike and some dirt track to ride and I'm in my element. Except for that whole knowing where you're going thing.

More soon, promise. Got to get up early for my flight tomorrow.

Hi Johnny(?), it might have been you I met at 'Riders'. Using a phone can be a mixed blessing, I have been caught out a few times when the 'main' road continuation looks like a side turning but often ended up somewhere better than planned because of it. Had a classic example exploring from MHS which I hope to post - although seems a bit tame compared to the epics on here recently.
Tim.
J

Gnasher328 said:
Hi Johnny(?), it might have been you I met at 'Riders'. Using a phone can be a mixed blessing, I have been caught out a few times when the 'main' road continuation looks like a side turning but often ended up somewhere better than planned because of it. Had a classic example exploring from MHS which I hope to post - although seems a bit tame compared to the epics on here recently.
Tim.
Click to expand...

Yeah... I would have much rather used my full Garmin 478 but it didn't make the cut on the packing list.

I think we did meet at Riders but Johnny's not my real name :RE

I picked it as a nickname up from the classic 80's movie Short Circuit. There's a scene where the robot has a car laid out in pieces in about 15 secs. "Disassemble!"
J

Just Bob said:
Hey johnny_5, greetings from Utah. Yeah... It's snowing here and it sucks. Looks like you rented a CRF 250 L. Be interesting to hear your thoughts on it. Welcome to the forum.
Click to expand...

Snow's just a reason to strap on a board or two, or to get on a sled!