That coffee stop on the 1023 was quite nice 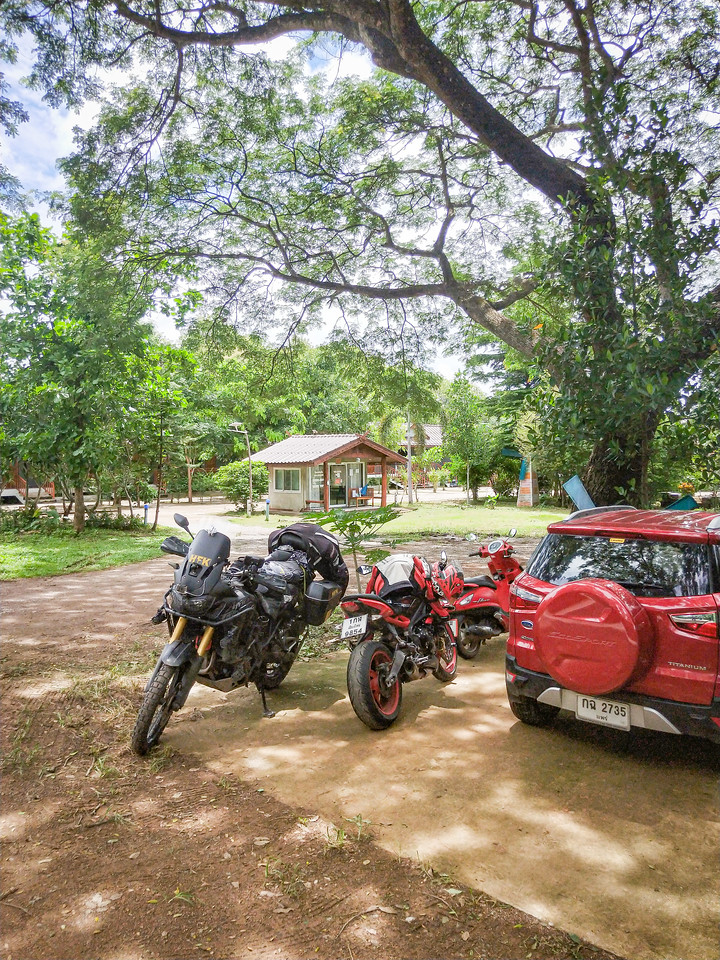 We'd heard reports of strange lights near Phrae... and sure enough, we saw them. Just after the road that has the parallel tracks alongside it, on the way into town. Same things are on one of the internal roads in Phrae. We fueled up and headed out onto the 4010. It's a lovely road, quite varied along its length, with some steep and narrow sections. The northern end had a bit of debris on the road and enough potholes and broken concrete to make one a bit wary 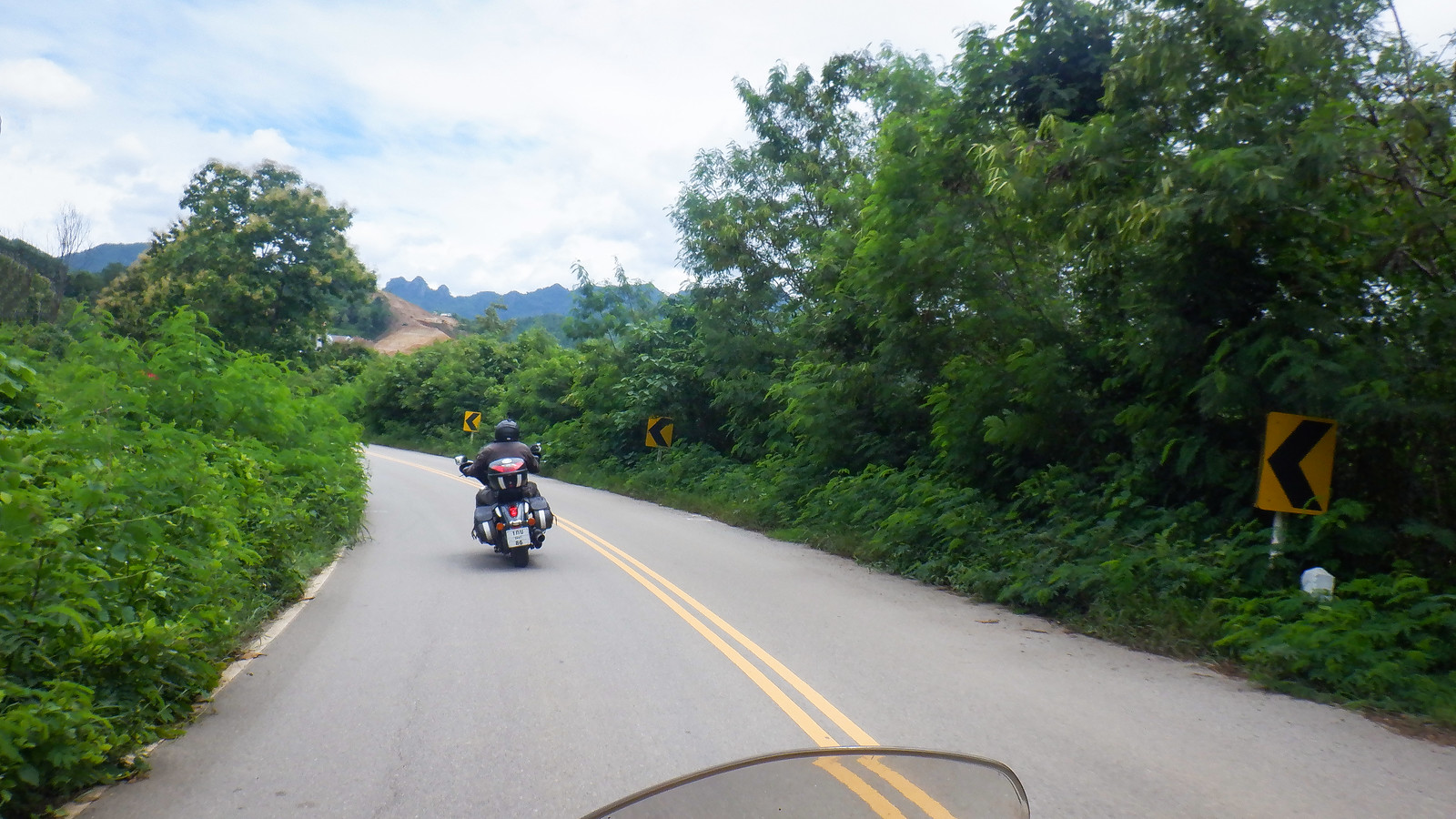 Good tests for the brakes - mine being brand new, but I still managed to boil the front, with new disk, EBC HH sintered pads and new 5.1 fluid. I know Honda builds the 500s down to a price... and I think they're great bikes for Northern Thailand.... but they really should have twin disks up front. My new disk is well bedded in 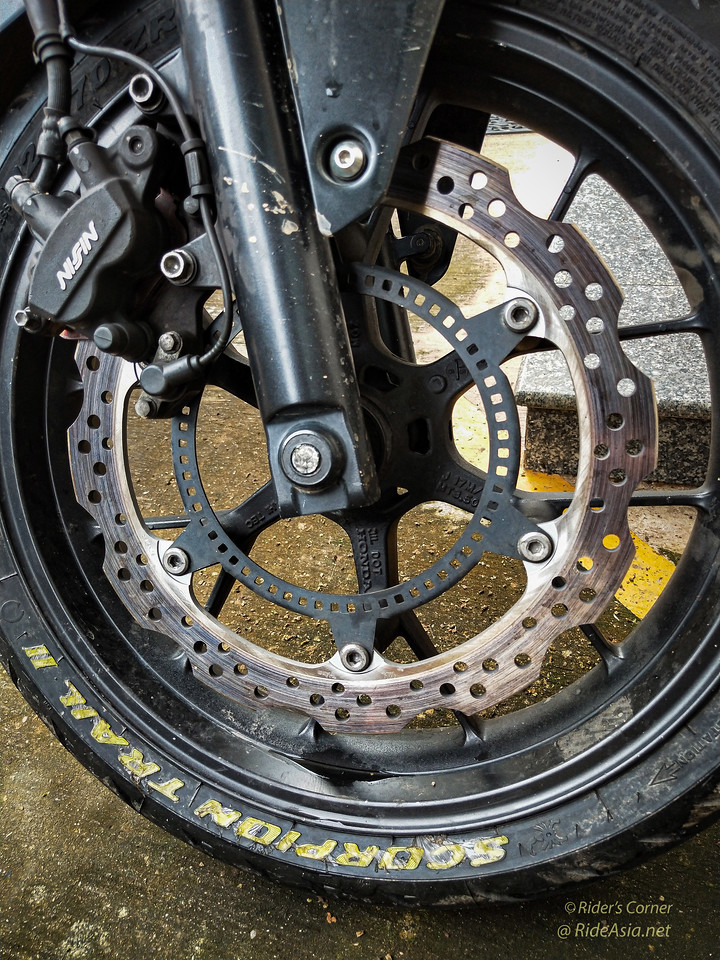 Unlike the Forza, which will activate again after 3 pumps if the fluid is boiled, this one takes five pumps to get things happening again. Oh well, new fluid again on Monday.... and take it a bit easier next time 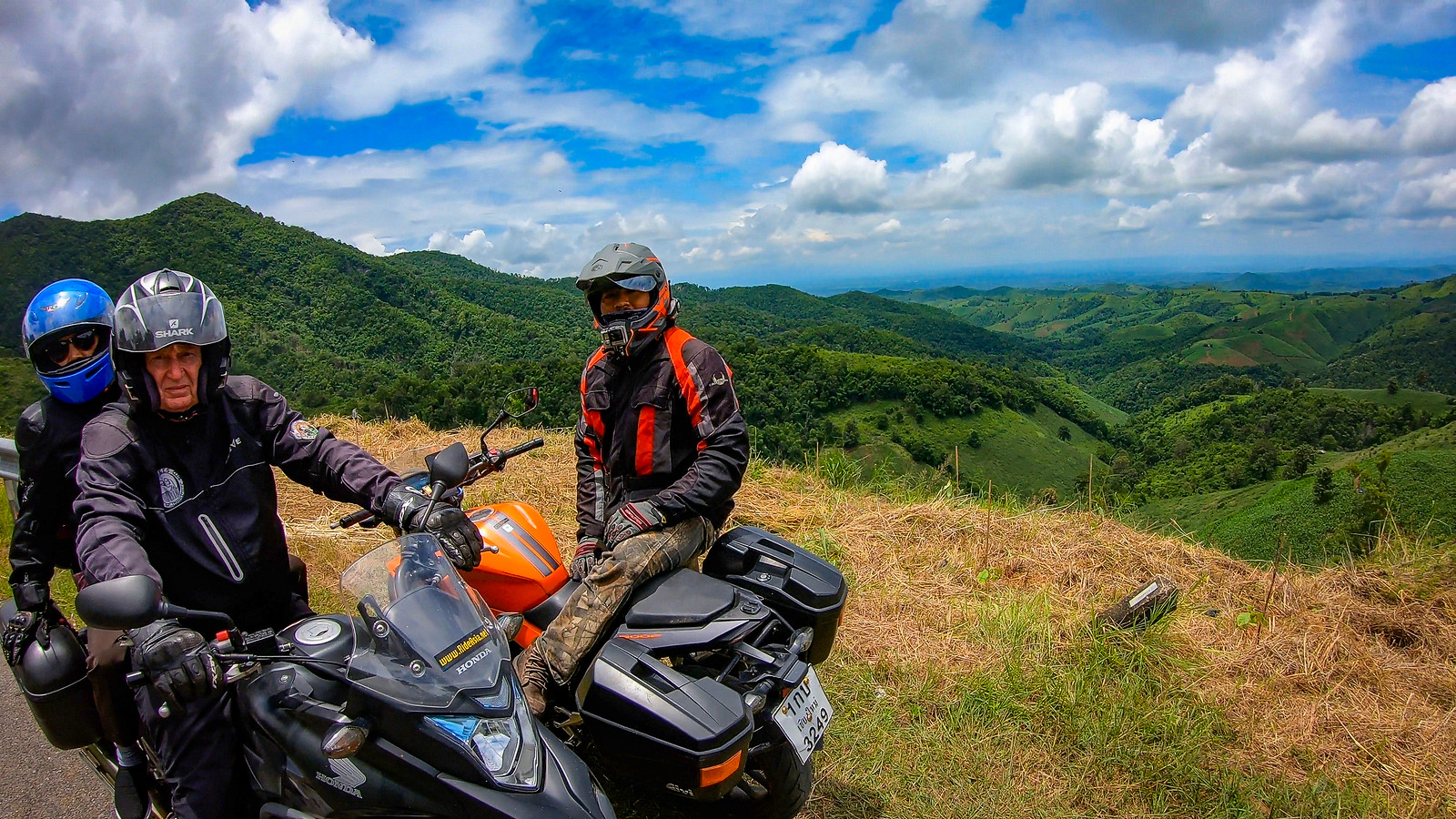 Nice views up there

This is actually the spot where the brakes boiled. I stopped on the corner to make sure the riders went the right way and a bit of heat sink effect came in. Next application of the brake.... and the lever went straight to the handlebar. Ugh. Note the hidden leaf litter around the corner. Again, ugh. 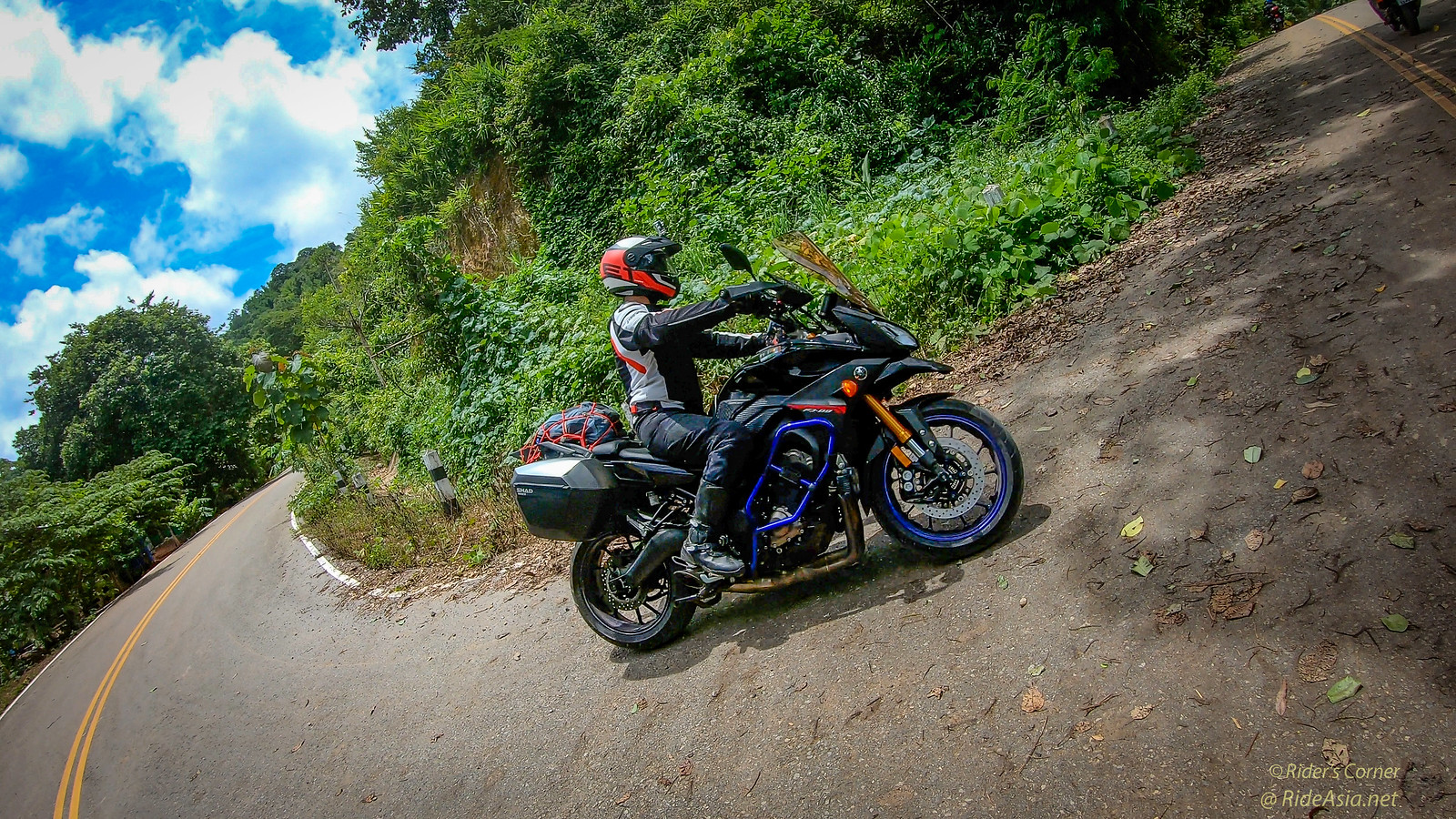 Lots of corn up Nan way We certainly enjoyed the curves As mentioned, the road deteriorated a bit towards the northern end, but nothing to cause any of us a problem 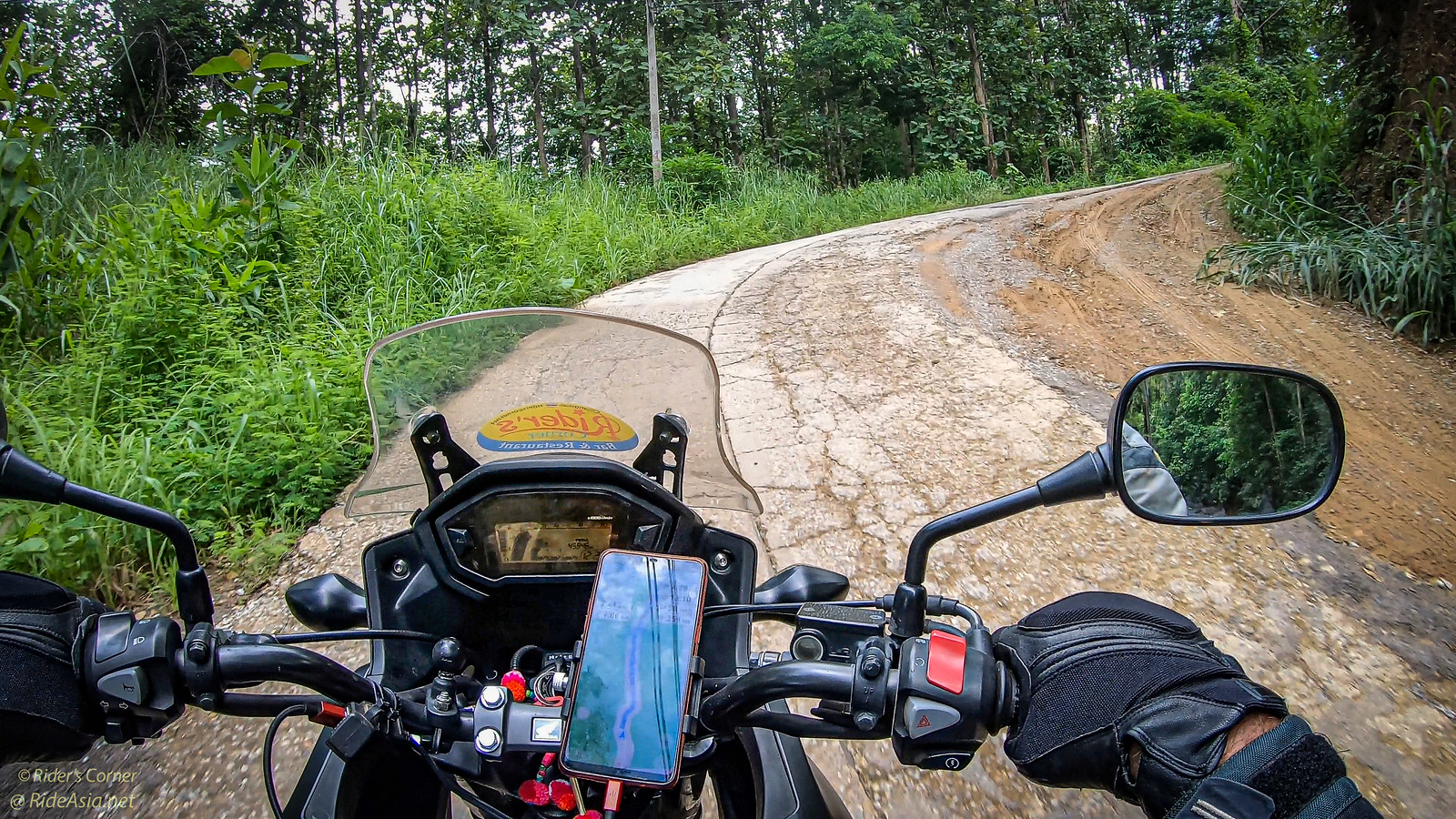 Lachie and I had an enjoyable close ride through the twisties after lunch.... but my battery ran flat and we didn't stop to change it. We certainly appreciated the new front tyres I'd fitted to both bikes the day before. He was on Rosso IIs and I was on Scorpion Trail IIs. Neither of us encountered any problems.

An interesting discovery upon arrival. The armour in my 9 year old KLIM Traverse jacket has shit the bed. 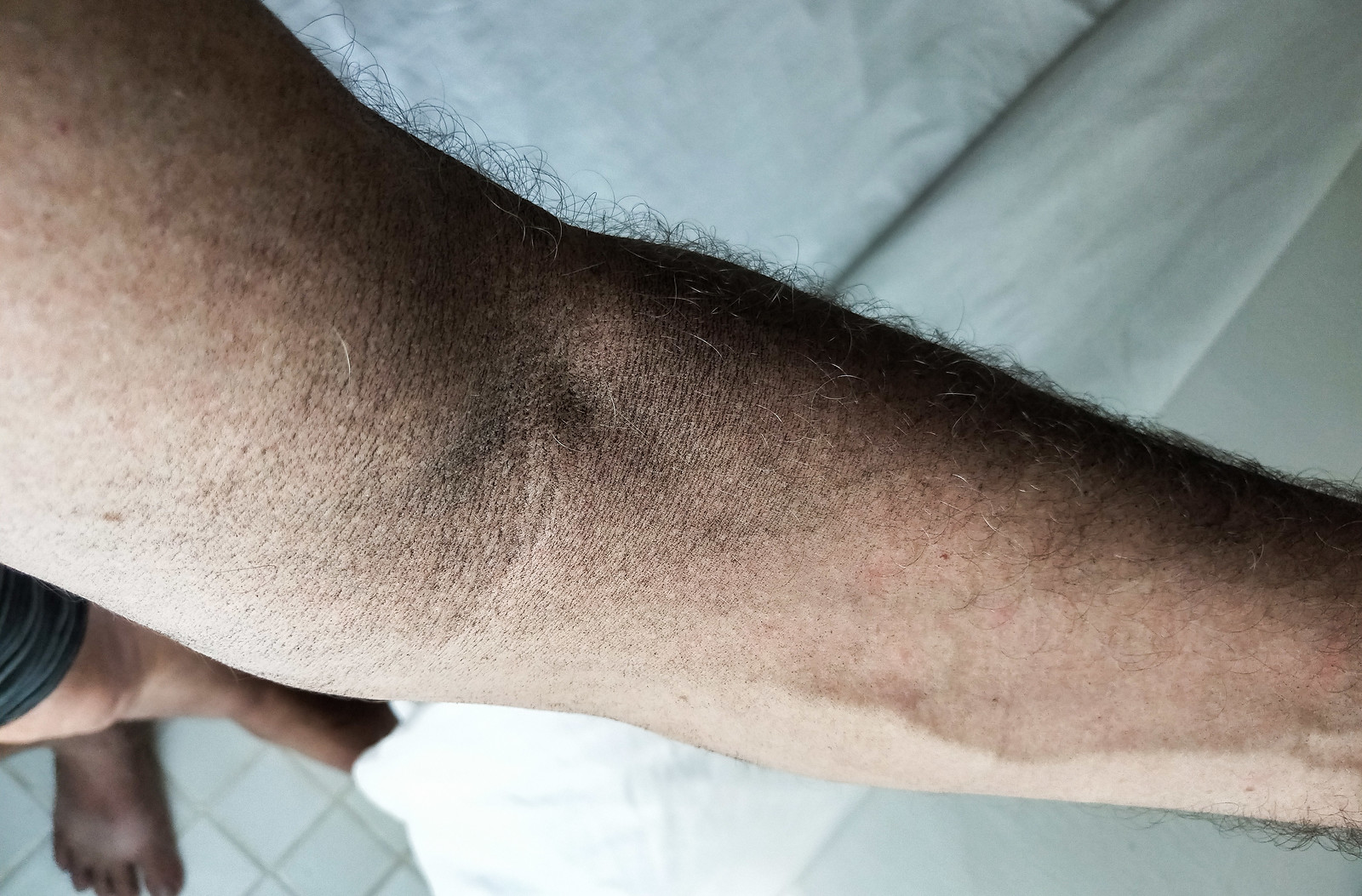 It was even worse the next day. Time for new armour.

I'd worn this shirt up in memory of our friend Tony Chichester. Miss you mate. We were in need of refreshing... so, showered, changed and back on the bikes, it was off to... After a cleansing ale, Lachie and I shared a nice Shiraz from South Oz.... and I tried their Cajun Chicken burger. Loved it. First draft of the CNX version is already down the hatch.

Followed that up with a Marx Bros special. Duck Soup. Nice fusion version 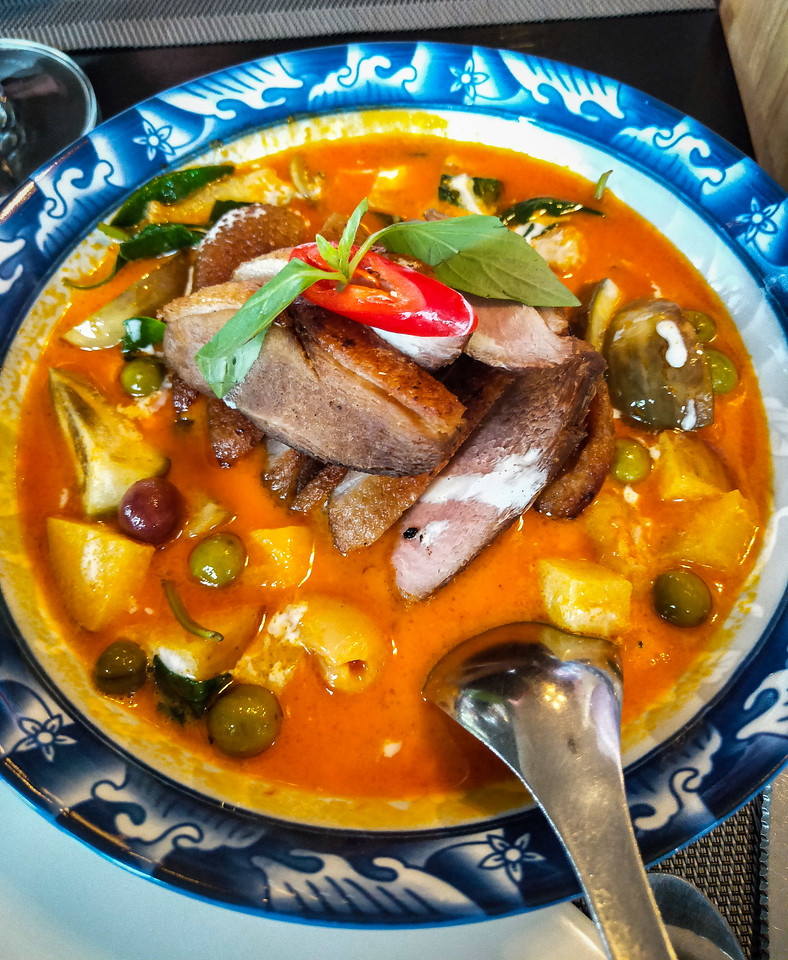 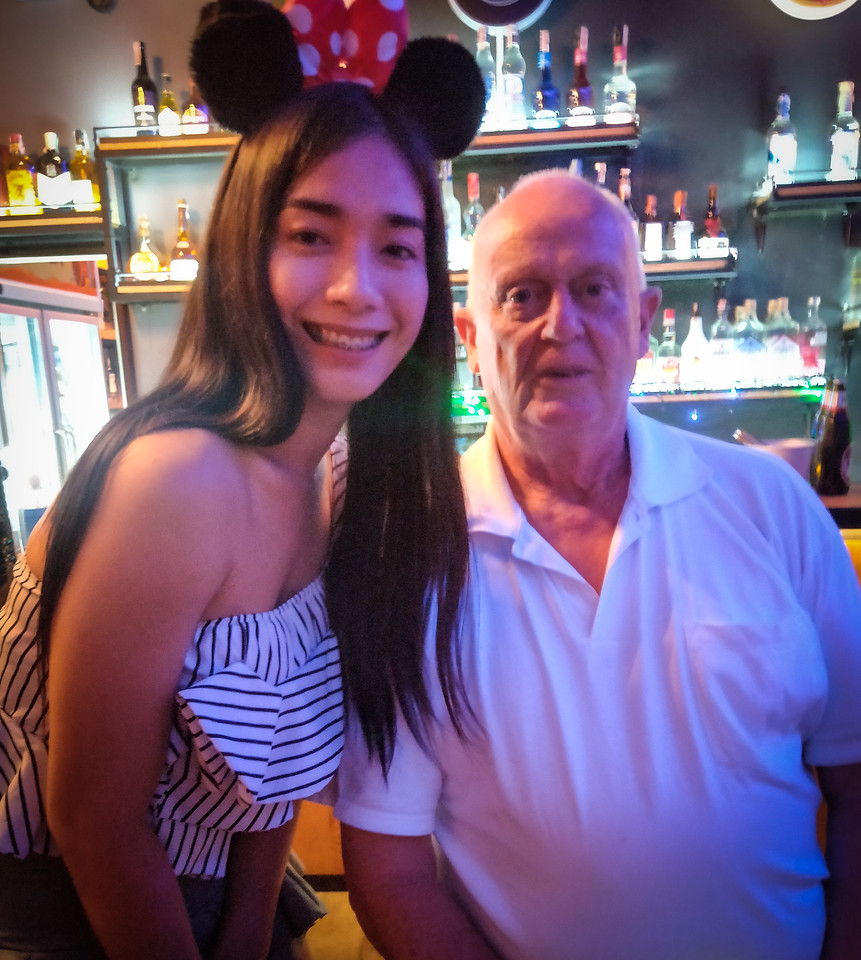 Friday was to have been Bo Kluea loop day. We were wanting to finish the day at the resort near Magic Mountain. The resort still hasn't answered the messages we sent them, nor did they answer the phone. We had ongoing rain dumps during the night and woke to a very wet Friday, with less than optimistic forecasts. There were reports of landslides on the 1081.... and who wants to do that road in the wet? Ginger had already headed home on Thursday... and on Friday, six of the bikes decided to bolt for Chiang Mai, rather than do a hotel day with uncertainty over the next day. It's fair to say it was a wet ride home.... 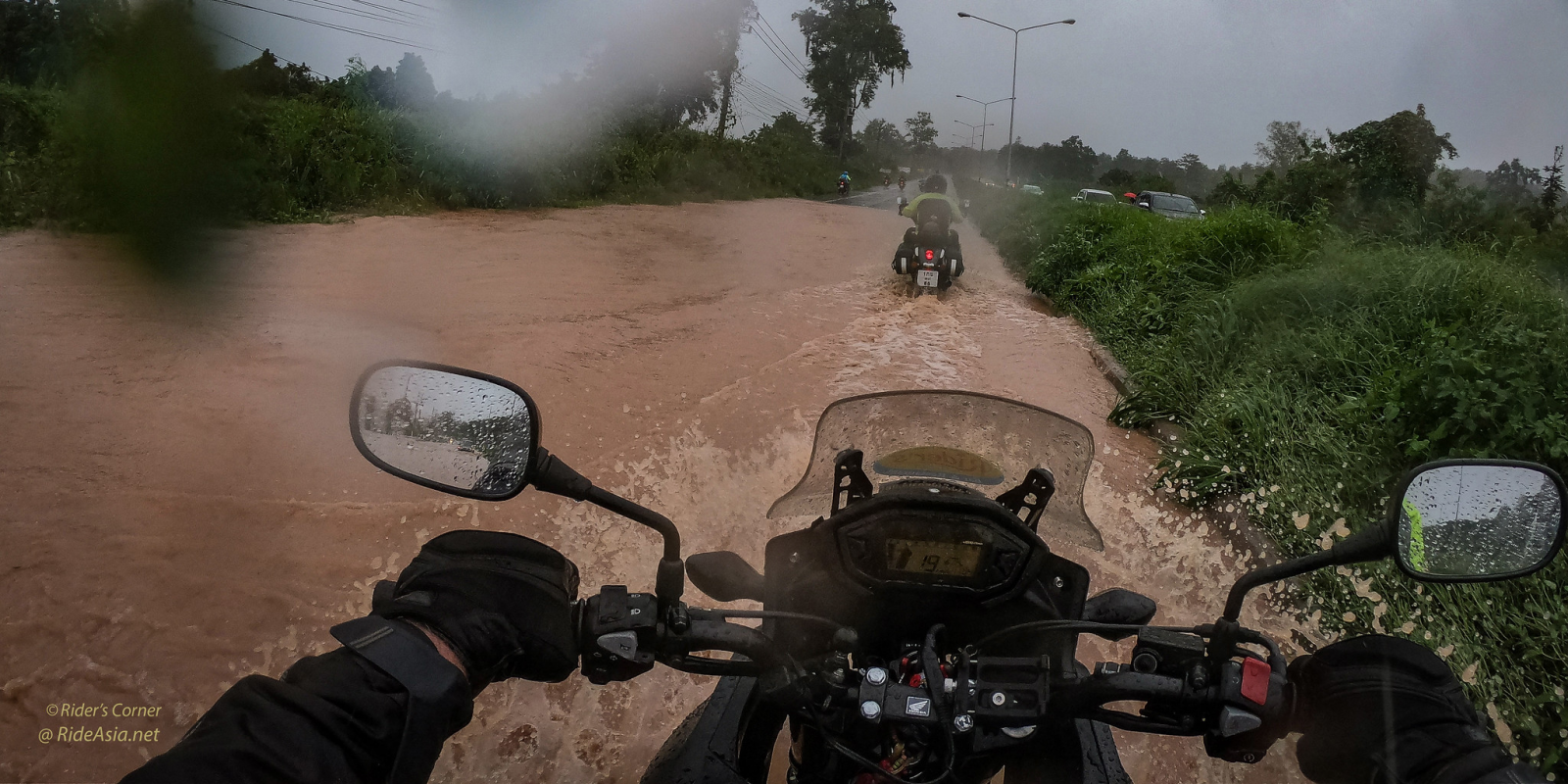 I had Rainex on inside and out on my visor, so fared better than some who had issues with fogging glasses... but the new tyres were fantastic. I had my feet washed off the pegs a few times by deep water spray, but nary a single slip from the tyres. The rain was torrential at times, but cleared as we crossed the last ridge before Lampang.

We were home in plenty of time to watch the MotoGP practice sessions.

A lovely ride there but a bit on the wet side on the way back.

We certainly do miss Tony Chichester, lovely food and a great chat
B

So, a question arose last night, after watching the MotoGP - where Vinales suffered the same issue as me - albeit at somewhat higher speed. Fortunately, Tum and I didn't have to abandon our bike at speed, like Vinales.

How the hell could I have brake failure on the front brake of a 500X?

I had a brand new disk, brand new, but bedded brake pads, and the fluid had been replaced.

The pads were EBC "Double-H™ Sintered Superbike brake pads are the EBC Flagship sintered streetsport pad that delivers." Which, incidentally cost more than twelve times what I can buy Bendix pads for. We're talking 120 baht for Bendix, 1,500 baht +/- for the EBC and IIRC, 1770 baht for Nissin at BigWing. On that point - I can probably buy tyres for half the price of the Scorpion Trail IIs and Rosso IIs I fit to the big bikes - but I don't.

The fluid was the last of a bottle of Repsol 5.1 brake fluid - changed the day before. And therein lies the major part of the answer. I'll come back to that. The only other difference was that Lachie's bike (actually mine, but he's claimed it), with 19,500km was getting it's first set of replacement pads.

When we pulled the Nissin pads from Lachie's bike, they had a heat shim on the back of one pad. I've never seen this shim on a 500 that has been serviced by a local mechanic. They "apparently" throw them away. Maybe the Honda shops don't. The shim doesn't appear separately in the parts diagram, but can be seen, via the mounting tabs on the back of the inner pad in the diagram How much that shim adds, I don't know.... but we'll be fitting it to that bike.

Now - the brake fluid. Here's what Repsol say about their DOT 5.1 fluid:

Description
Brake fluid developed for vehicles with high performance hydraulic brake systems working in severe services. It is especially suitable for vehicles with ABS and with stability control systems. Its low viscosity at low temperatures enables good circulation in the microvalves of these systems.

So - what's this all mean? Brake fluids are hygroscopic - they absorb water. As soon as the seal is broken on a bottle of fluid... it's going to start "getting wet" - it will be absorbing water. That 260 degree boiling temp is heading towards 180C - and if you are running the lower number (4 or 3) fluids, the performance is headed lower.... 160C or 140C

I'm tipping that the fluid that went in last week had come from a bottle where the lid wasn't on tight, at some stage, ie the fluid was wet... with a boiling point of only 180C. Combine that with some mechanic having thrown away that shim, rather than prising it off and fitting it to the new pads.... and I think we have our answer. I've checked the shelves.... there's no old fluids there now - just two bottles of Repsol 5.1 that I bought last week.... and one will stay in reserve (seal unbroken) until the first one is used. Oh yeah - date mark bottles of brake fluid the day you open the seal.... and toss them after a year. Keep the lid on at all times except when pouring.

The whole point of taking brake maintenance back inside has been about getting it right. If your mechanic isn't doing this when he changes your pads.... he isn't doing it right. On a side note - last year, I took a Forza in to a Honda dealer have the brake fluid changed after it'd been boiled - and I'm absolutely positive they didn't change it. The damn thing boiled again straight away. Took it back, made sure it was changed.... instant performance increase.

Oh for a 500X with the braking capability of my Ducati.

I was contacted privately by some with concerns on brake issues.

I guess a separate thread is in order.... but one thing worth saying - even with the brake lever going straight to the handlebars - braking is available - you just have to work a bit to get it.

When the Forza boiled the fluid, it took three pumps of the lever to compress the boiled water vapour in the system enough for the brakes to work. With the 500X, it was five pumps. Whilst the fluid is still hot, that happens every time you apply the brake - five pumps (in this case) every time you let the lever off.
O