The Chinese Casino in Boten, Laos

For those of you who have been to Boten in the north of Laos it seems that the casino has been closed according to a news article I got though another forum. 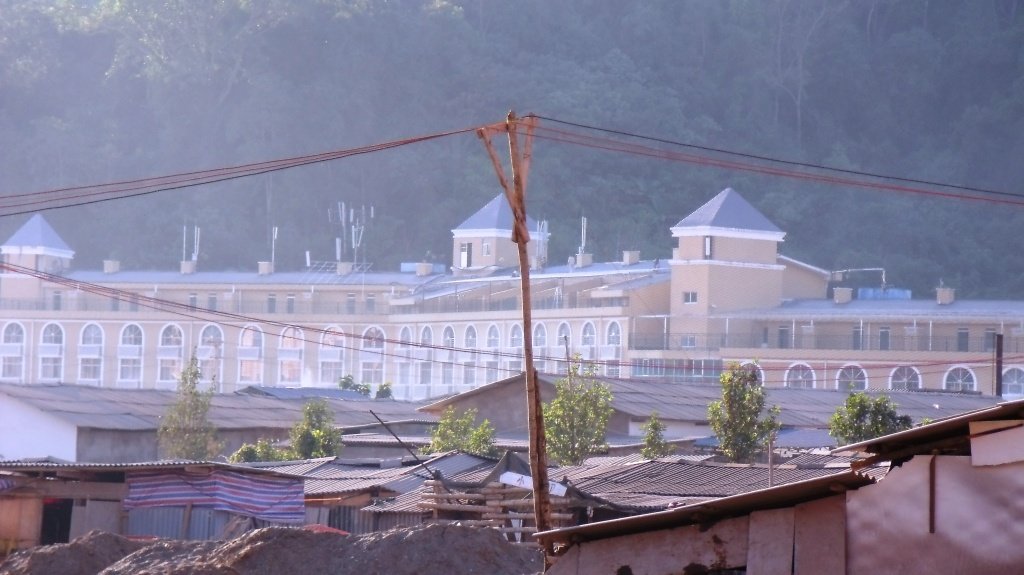 Soon all this will be jungle again

AT HOME and abroad, China is a byword for fast-track development, where yesterday’s paddy field is tomorrow’s factory, highway or hotel. Less noticed is that such development can just as quickly go into reverse. Golden City, in Boten, just over the border from China in tiny Laos, is a case in point.

When a Hong Kong-registered company signed a 30-year, renewable lease with the Lao government in 2003 to set up a 1,640-hectare special economic zone built with mainland money and expertise, Golden City was touted as a futuristic hub for trade and tourism. The builders promptly went to work, and a cluster of pastel blocks rose amid the green hills of northern Laos. Thousands of Chinese tourists and entrepreneurs poured into the enclave, drawn largely by the forbidden pleasures and profits of gambling, which is illegal in China, except in Macau. Today the main casino, inside a three-star hotel, lies abandoned, its baize tables thick with dust.

The trouble started in December, when Chinese gamblers found that the operators refused to let them leave until they had coughed up for betting losses. Officials from Hubei province apparently negotiated the release of several “hostages”, but many more continued to be held against their will. Accounts in the Chinese media say that casino recruiters lured gamblers with offers of free travel and hotel rooms, only to be kept captive and beaten when their credit ran out. Lao villagers swap grisly tales of corpses dumped in the river.

Chinese authorities have since put the boot into Boten. In March the foreign ministry warned citizens not to gamble in Laos and accused Golden City of cheating its cross-border customers. It said it had demanded that Laos close down the casino. Last month the casino duly shut, and the smaller gaming halls have since gone too. The 232-room hotel, which is almost empty, will be next.

Most shop and restaurant owners have packed up and left, as have the Thai transvestite show and the legions of prostitutes. Stricter visa rules for Chinese tourists have added to the squeeze. A Lao policeman, who admits to having nothing to do, puts the town’s dwindling population at 2,000, down from 10,000 at its peak. The enclave’s economy seems to have collapsed just as the builders hit their stride with a new high-rise hotel and a shopping centre bristling with columns in the classical style.

Golden City says it has pumped $130m into the project’s first phase, including funds from outside investors. A company official, Ginger He, puts a brave face on things, arguing that the slump is a chance to rebrand the enclave as a wholesome tourist destination and import-export zone. She blames the bad publicity on shady Chinese concessionaires who ran the card games in the casino—as if the company had expected angels. Golden City has since declared force majeure to revoke its contracts. Investors might wish to sue under Lao law. But Miss He points out that China had ordered Laos to close the casino. “Little brother cannot fight with big brother,” she says.

At the best of times, cross-border casinos are risky investments, since China often cracks down on outbound gamblers. Warlords in Myanmar have previously felt the consequences, with gambling dens left to rot in the jungle after borders grew tighter. Business folk in Boten say the action may have moved to casinos elsewhere in Laos and Myanmar. A Macau-based company has recently completed a giant riverside casino in the so-called Golden Triangle, where Laos meets Thailand and Myanmar.

But Golden City was supposed to represent more than just a fast buck. The developers persuaded Laos of the benefits of allowing a Chinese-run enclave. Its residents, they said, would “form a huge community and a modern society”, in the words of their brochure. The zone also took on some of the trappings of the Chinese state, including uniformed security guards, development slogans and even the Chinese currency. This gave the false impression that it enjoyed official backing. Instead, it became an irritant that Beijing had to put in its place.
Last edited by a moderator: Oct 25, 2013

It seemed dead when i was up there a few weeks ago, i thought maybe it was just because it was daytime, but it looks like its not the case.

I am not sure if this article holds any merit,

Have a look at the photos on these two articles the same hill tribe women in both articles from different news agencies!
News agencies, Busted in Laos!
Not sure about the credibility of these stories?
However I can share some photos from my experience in B.Boten
Unlike the Big news agencies, none of these photos are staged! 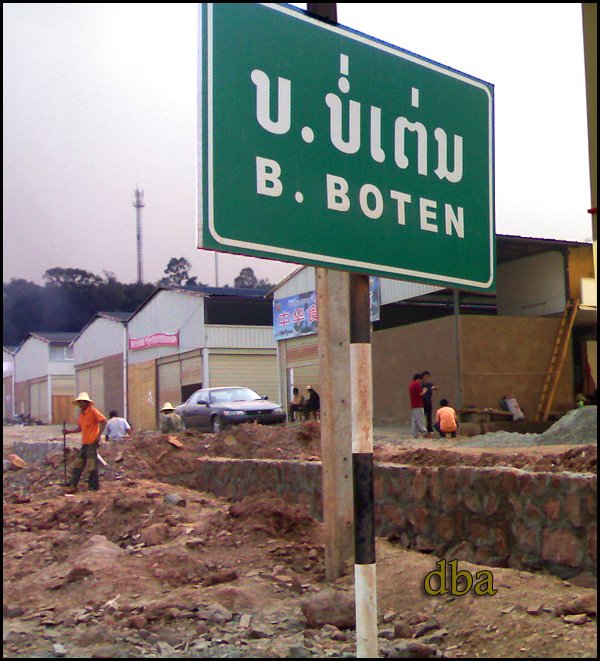 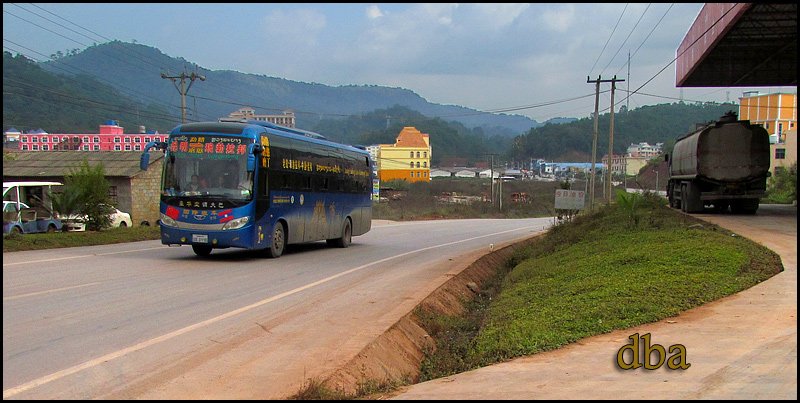 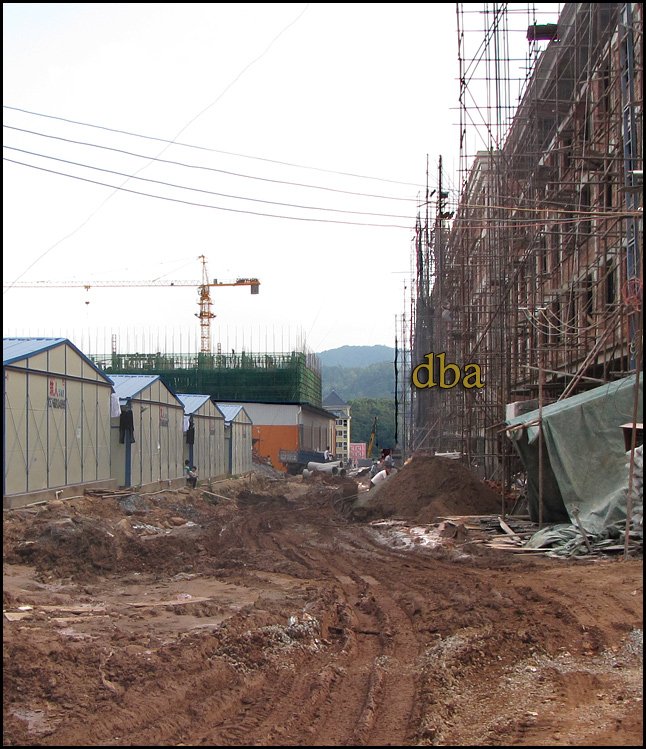 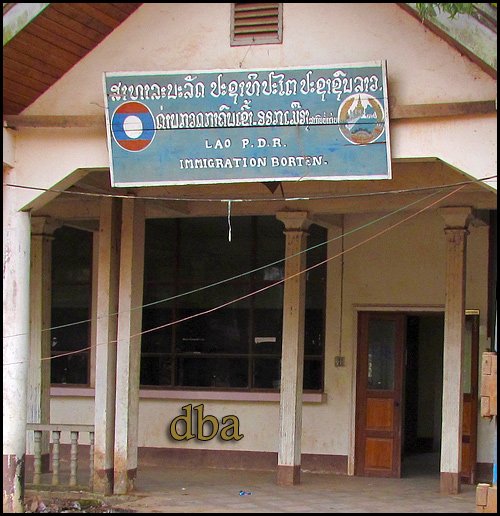 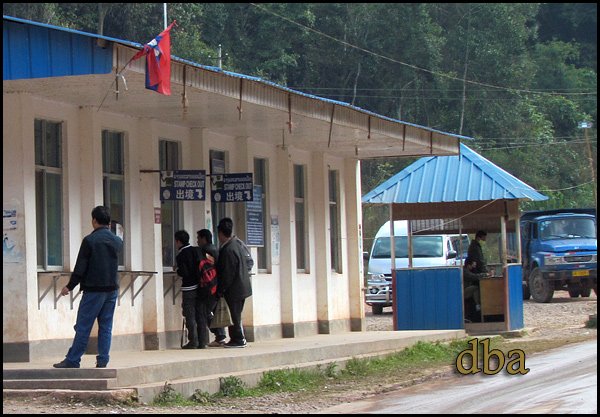 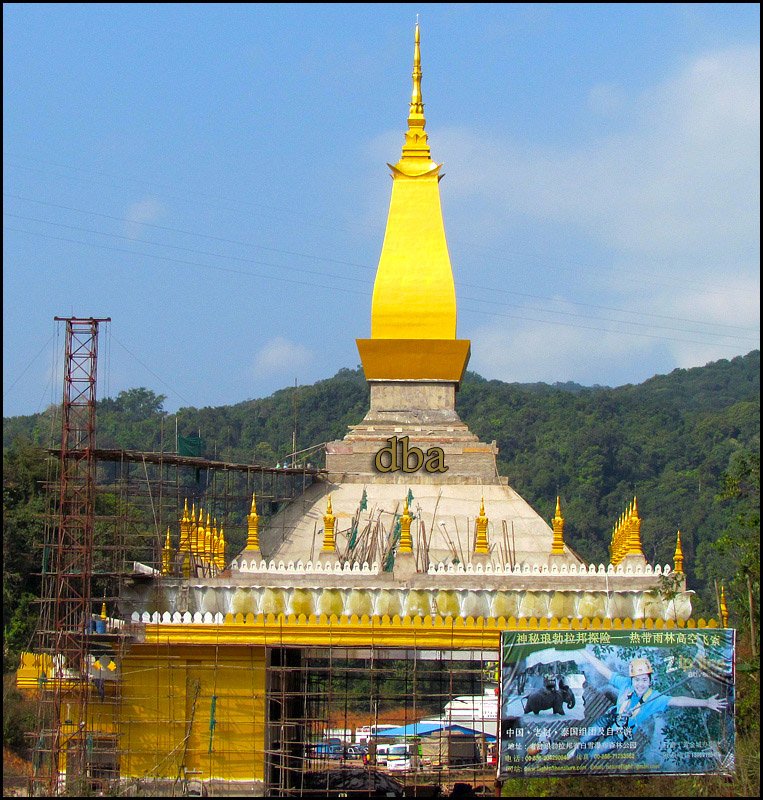 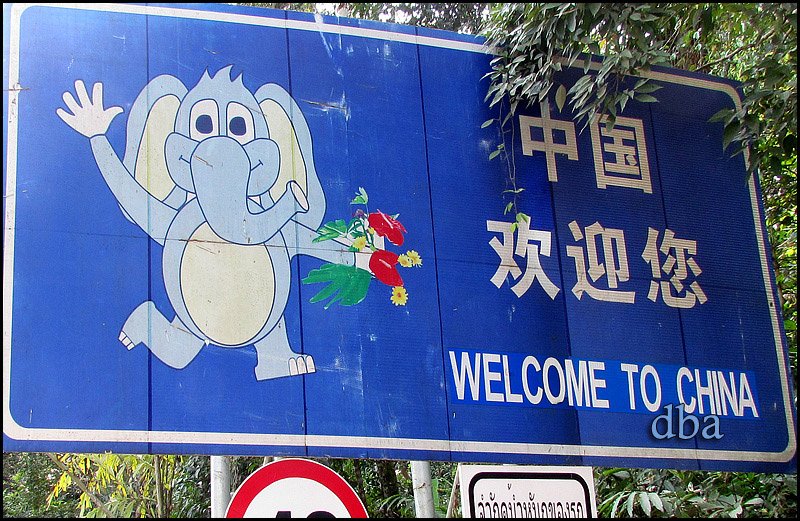 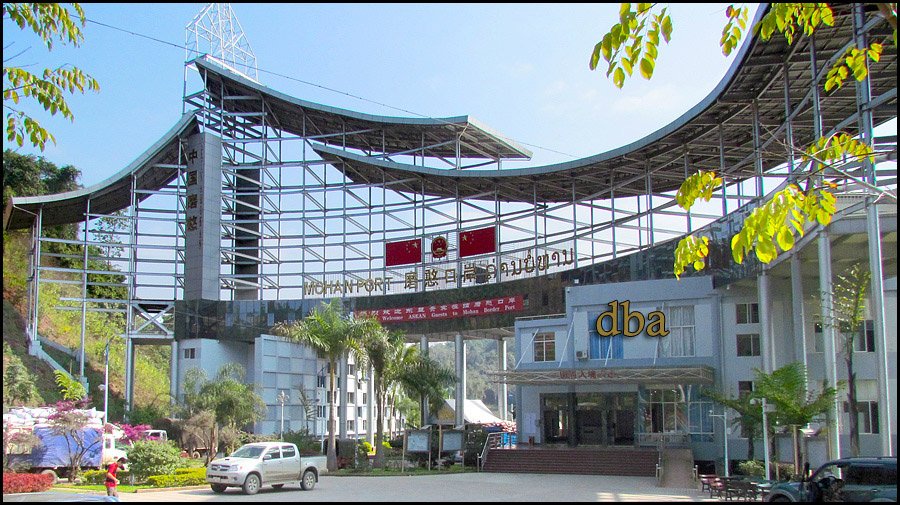 Don ---did you get through to the Chinese checkpoint side to take this? 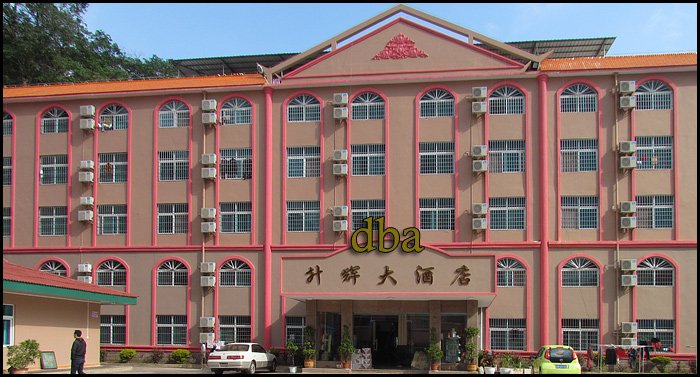 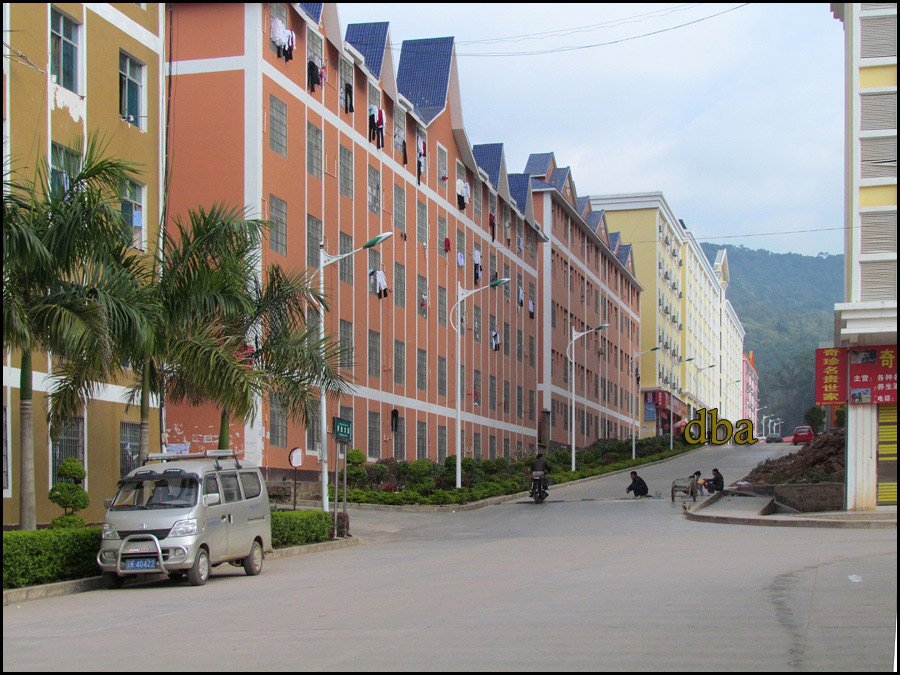 What else besides overbuilding and poker, is going on here? Shanty town on one side, ****Big Hotel accross the street anything can be "had" in Boten Not sure where the Economist (normally quite reliable) got its news but last years there were also several reports about the problems and the Ministry of Foreign Affairs of China issued early 2010 a warning against gambling in Laos. With regard to your comment on both sites showing the same hill-tribe women in the pictures, the picture in the Economist article is copyrighted by AFP while the BBC is using pictures copyrighted by Getty Images, so even though it could well be the same women and child it does not imply that the pictures are "staged".

Last December, according to reports in Chinese media, the Hubei Province Punlic Security Bureau dispatched a rescue team to Mengla in Yunnan on the Lao border to rescue “hostages” held by the Golden Boten City casino in Laos. The rescue team did not cross the border, but conducted negotations that resulted in the release of 10 out of 27 Hubei “hostages.” According to the article, the total number of Chinese “hostages” could be “in the hundreds.”

On 9 March this year, the Ministry of Foreign Affairs issued a warning to citizens not to gamble in Laos. The text names Golden City and says that it, and other Lao-based casinos, recruit customers in China and “cheat” them into gambling by providing credit at usurious rates. Once they are unable to repay these debts, gamblers are detained, beated, and their families notified with the demand to pay. The ministry and the Chinese embassy in Laos have “repeatedly conducted work with the Lao side, requesting them to close down the casino” (??????????????????)

The warning came after several television stations in China reported on Boten. An “escapee” from this “hell on earth” was interviewed on Beijing Television’s Feichang Kanfa (Unusual angle) programme on 12 January. The programme included footage supposedly taken by a victim that shows hostages being beaten and forced to kneel. Hong Kong-based Phoenix TV, owned by Rupert Murdoch and politically aligned with Peking, aired an hour-long programme on the subject on 4 March, using the same footage and featuring escapees (including some who weren’t even there to gamble) telling stories of inhuman treatment. Gamblers told of being lured to Boten by recruiters who offered them air tickets, accommodation, meals, and credit on gambling. Although the programme made it clear that the casino was run by Chinese, it claimed that the special zone’s security force, which was responsible for the mistreatments, was part of Lao police though it employed Chinese personnel — a very unlikely scenario.

The Internet reacted angrily, though on a small scale. On Tianya, a poster “strongly suggested” that “the People’s Liberation Army cross the border, attack and burn Golden Boten City and rescue nearly one thousand Chinese hostages!” He then, perhaps to generate more animosity toward Laos. added the Lao government’s protest against the Chinese invasion of 1979, during the China-Vietnam war. Another poster claimed that the casino people take gamblers from China to Laos illegally (toudu). (This charge is hard to evaluate since the casino’s customers never pass the Lao border post, which is located past the casino road.) This poster, too, blames the Lao government for allowing this investment and the continuing mistreatment of Chinese people, including the deaths of three “hostages” in February, and accuses it for closing one eye (he also writes that the Lao authorities have in the past demanded that the casino stop the use of IOUs). He warns that one day the Chinese government just might decide to send forces across the border, because — a familiar refrain — “the Chinese people are kind but they don’t stand for bullying”). He does not mention that the management of the casino as well as the security guards are Chinese. What is interesting is that the poster sees the extraterrioriality of the enclave as a bad thing.

Chinese forces have intervened several years ago to close down border casinos that then operated in Burma. If this happens again, that, too, raises interesting questions about extraterritoriality. On the other hand, if the casino is shut down, will the holders of the lease (30 years wih the option to extend to 90!) implement some of the more ambitious projects they have advertised, such as golf and real estate? And what about the Golden Flower casino on the Burmese border, near Chiang Saen, which is still under construction and farther removed from China?

On a recent trip to Laos to update my GPS map I happened to be close to Boten and made a quick visit to see in how far the stories about the closure of the casino in Boten at the Lao-Chinese border were true. Although the border crossing was still busy, the casino and the hotels and shops around around it were basically deserted and two new hotels were completely abandoned.

While at the front of this hotel things looked OK, the backside showed a slightly different picture

This is pretty fascinating, the amount the Chinese have spent there and walking away from it, is astonishing.

Follow the link for an interesting view on the Boten Casino fiasco
http://www.forbes.com/global/2011/0808/companies-laos-china-economy-gambling-gangsters-bungle-jungle.html

All it took to shut it down was cut the power phones and reqire a visa. Then everyone walked away.
Must be some cheap real estate up there now.

It looks deserted, I sure the money could have been spent a little wiser...

As soon as I started looking at the pictures the tune..

One line in particular ..."all the clubs have been closed down"