For the past few years, I have been keeping a close eye on a Chinese lithium batterie manufacture called W-Standard.
There are considered one of the best company in China manufacturing motorbike Lithium batteries. 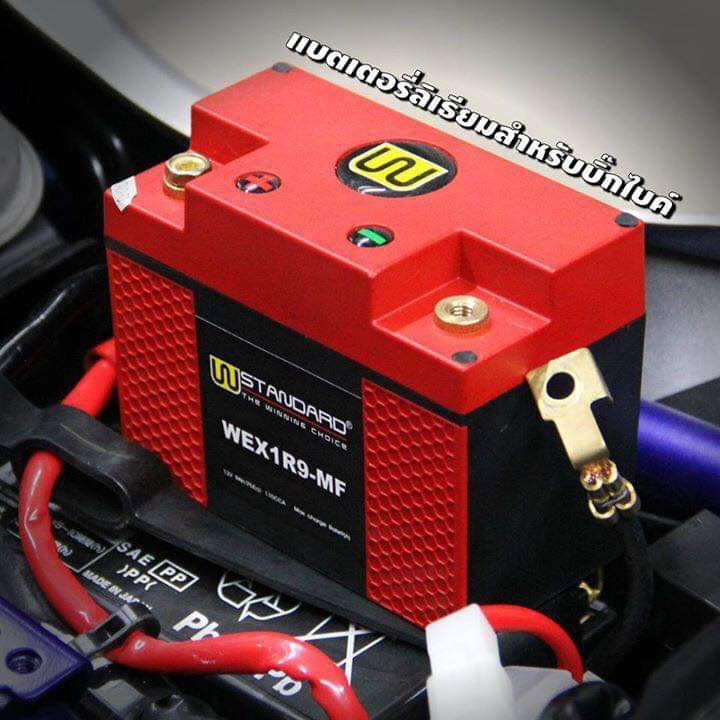 After reading a news release, there are now producing their batteries with.

The + side on fitting Lithium batteries are endless and you need to read up about these advantages.

For now, I have only purchased 3 types.


The link has all the information on what WS battery fits your bike.

Have a read and PM me with your requirement and question.

I also have a limited number of W-Standard lithium battery charges for 1000 THB.

Free shipping when you order with a battery.


The below picture shows the sizes of each model. 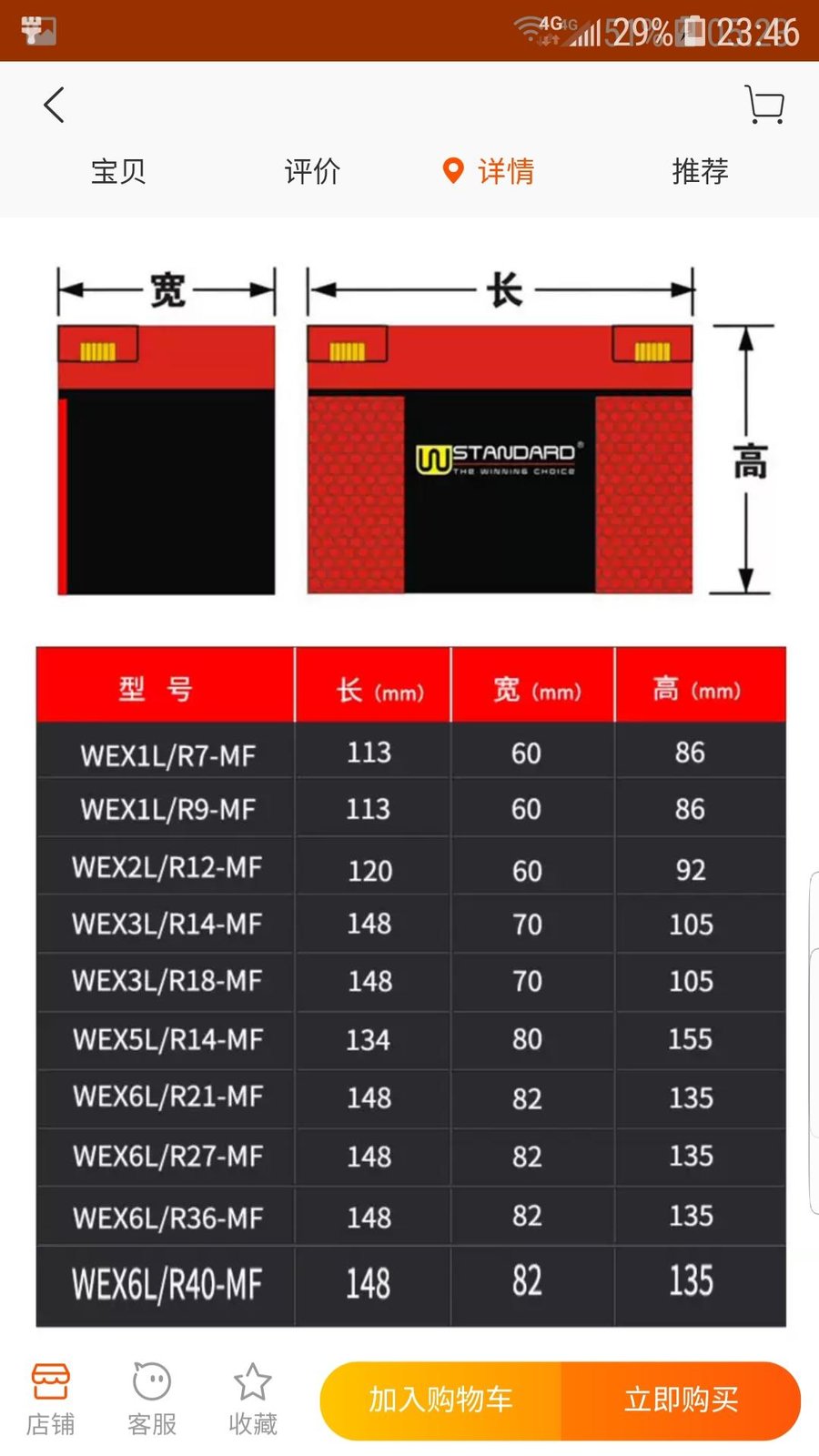 The next picture shows the full specs for each model. 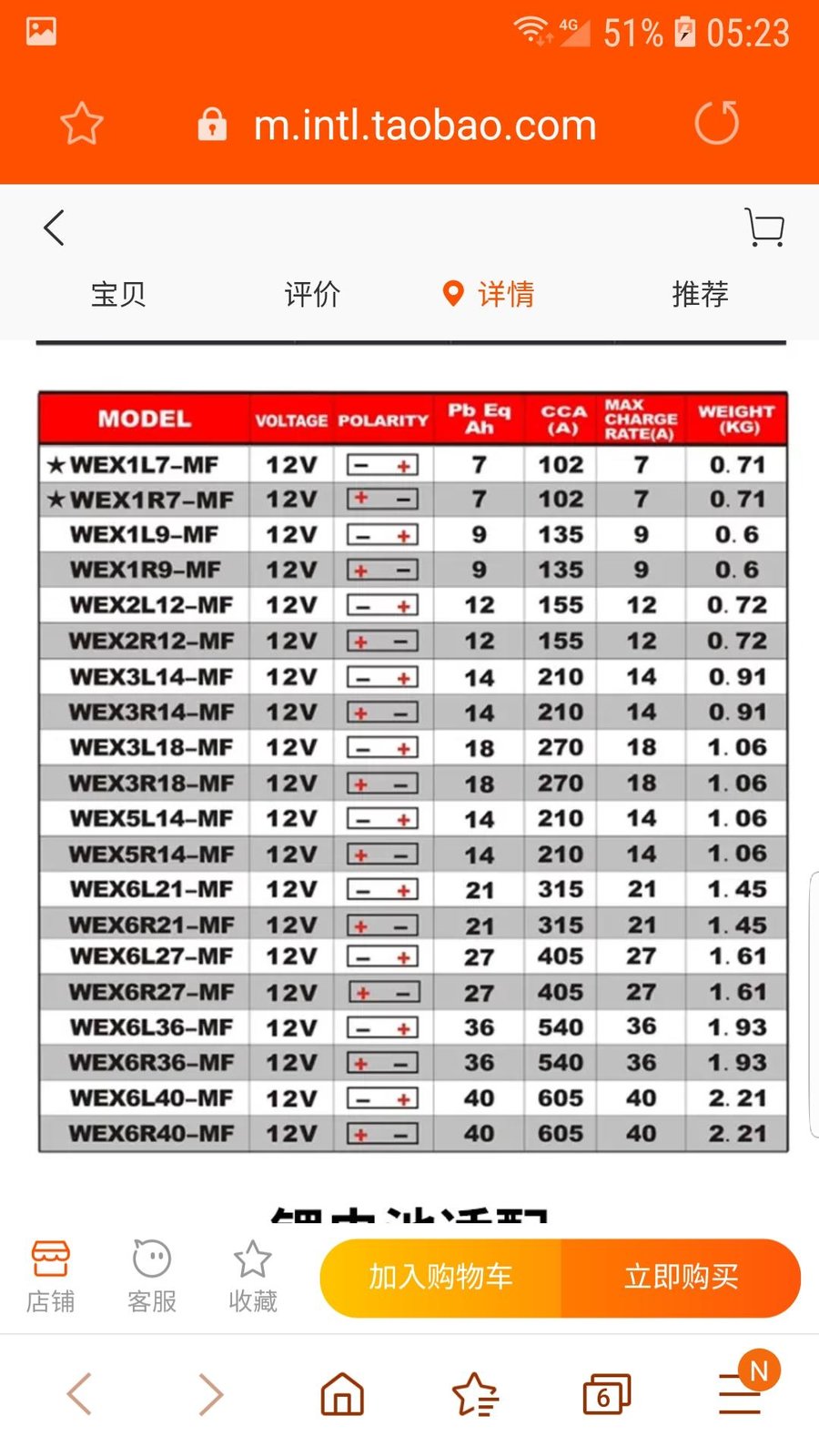 After some research for W-STANARD batteries being sold in Thailand, I could only find W-STANARD Facebook site see picture below.

I was happy that I could offer a better deal then what was posted on their Facebook site. 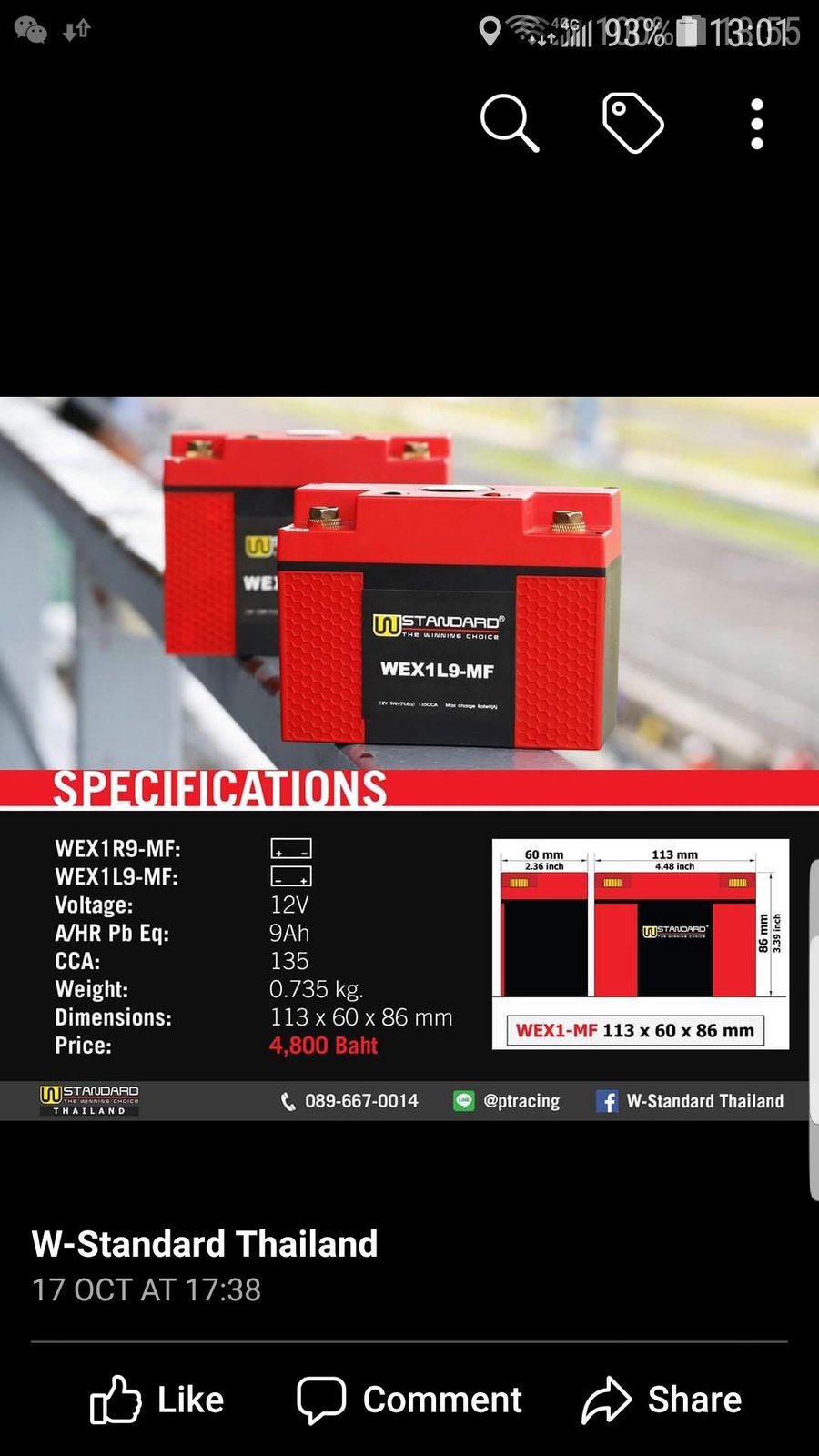 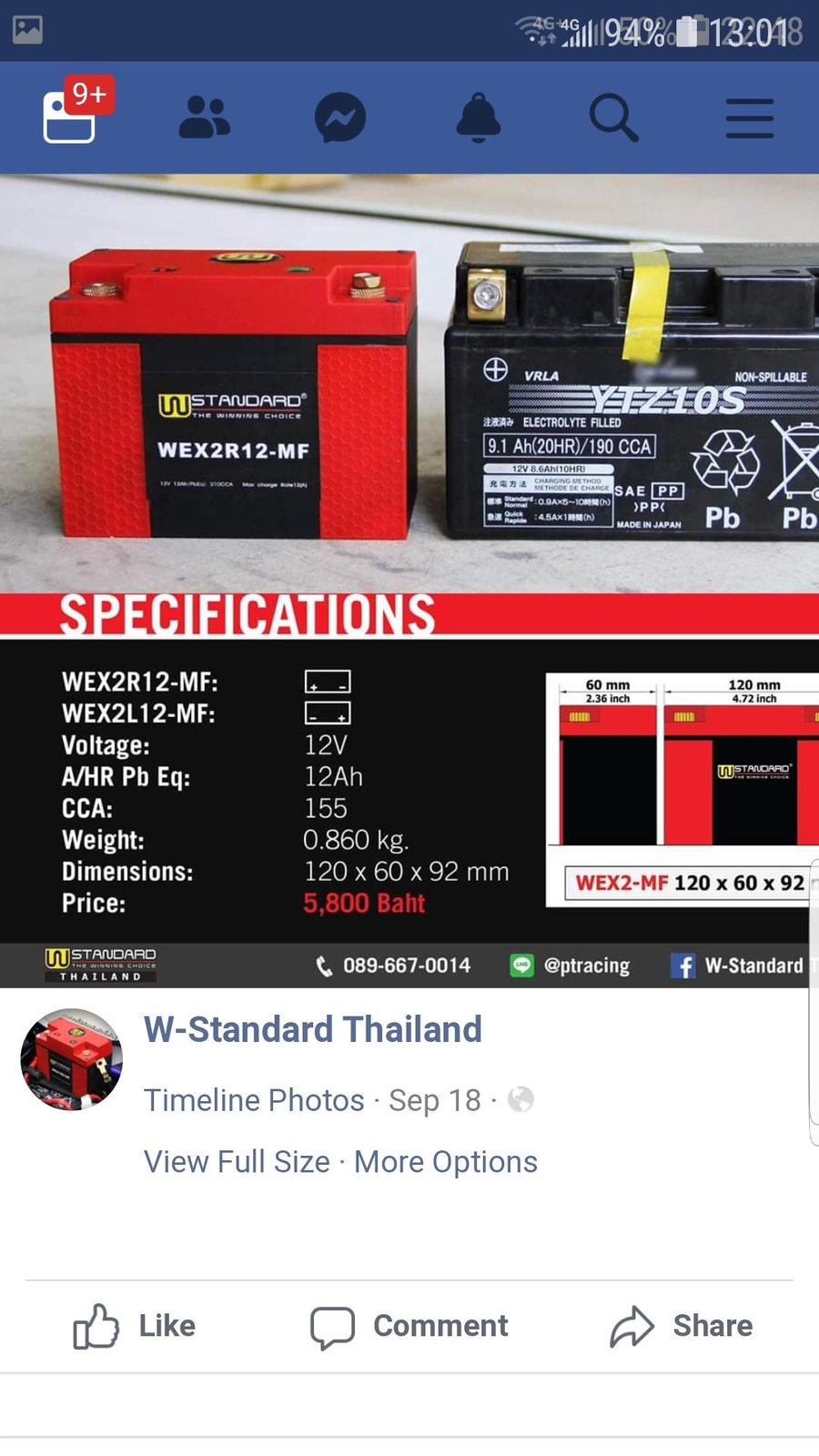 Looking forward to your commits and questions.
Last edited: Nov 23, 2019

Lithium are indeed the way forward these days, especially if you have bikes that lay dormant for a while. Steve do you have any further info on the charger you mention?

Any further info on the longevity of these type of batteries as most of us know, acid cell batteries in Thailand can give up after a year in some instances.


Cruiser, dirt bike, scooter, UTV, or even watercraft, one thing every single type of vehicle we serve is that they all need batteries. If you’re on this site, you have a ride that needs one. The hard part? Figuring out which one is the best for you and your money.

Not too long ago, you only had one choice, and that was a lead-acid battery – basically a heavy box filled with lead plates and sulfuric acid that reliably created enough power to start everything from a 50cc scooter to a Mack truck. But in the last several years there’s been a revolution in the technology of portable power, and now lithium – the lightest metal in the universe, and soft enough to be cut with a knife – is powering everything from cell phones to solar homes.

Lithium-based batteries are new and high-tech, but they aren’t exactly cheap compared to tried-and-true lead-acid batteries. So are they really good enough for you to drop all the extra coin on one?

The short answer: yes, they are. But there are some conditions, so read on and see if they are really right for you.


Myths & Facts About Lithium Motorcycle Batteries
You’ve probably heard some of the myths about lithium batteries: they spontaneously explode, don’t work in cold weather, and they are just overpriced gimmicks that do the exact same thing that lead-acid batteries do. Sound familiar?

Well, before you write off a lithium-based powersports battery because of internet hearsay, let us explain to you why none of this is quite true.

First off, lithium batteries have been known to catch fire when they are treated improperly – but these are lithium-ION batteries, the kind you find in small devices like cordless tools and RC cars. Powersports batteries are lithium-IRON-PHOSPATE batteries (also referred to as LiPo or LiFEPo batteries) that are far more chemically stable.

They also do work in the cold down to around freezing temps; but their chemistry requires that they be warmed up before use, which can be done by cranking them several times or running the headlights for a few minutes. They actually get stronger with each crank as the battery “wakes up.”

But are they really “expensive gimmicks that do the same thing that lead-acid batteries do?” Well if all you’re referring to is them starting a vehicle, then yes, that is true. But how well they do it, and how long they will do it for, is a different matter entirely.

What Makes Lithium Powersports Batteries So Damn Good
Ok, so we know both kinds of batteries will get your vehicle started reliably – so why spend any more money on a lithium?

So yes, they’re better batteries, plain and simple. Ready to find one for your own vehicle? Check them out here.

What Are The Drawbacks?
While lithum-iron batteries are superior batteries and the best choice for most riders, they may not be the ideal battery for everyone. Here are a few drawbacks that may make a lead-acid better for you and your situation.

Obviously, there is the cost. Lithium-iron batteries cost $75-300, compared to lead-acids, which cost around $50-100. If you care more about getting the cheapest than the best, then don’t even think about a lithium and go straight for lead-acids.

In addition, they should be used with a special charger, which of course, is an added cost. Lithium-iron batteries can be charged with standard chargers, but they won’t be calibrated to the same voltage requirements (lead-acids charge to around 12.8 volts, while lithium-irons need 13-14.) The best way to protect your investment is to use a lithium-battery specific charger.

Details on the chargers Bob. 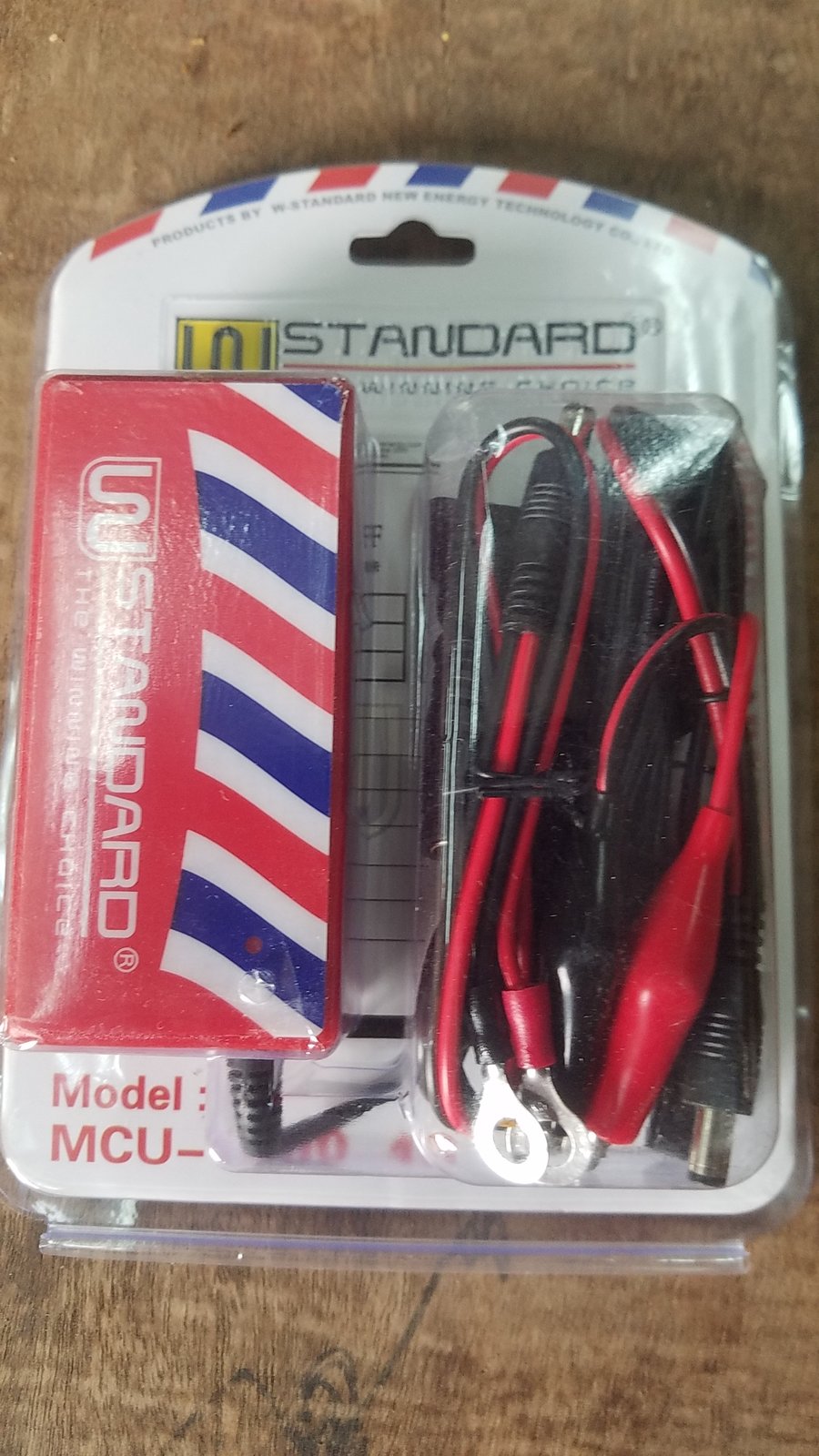 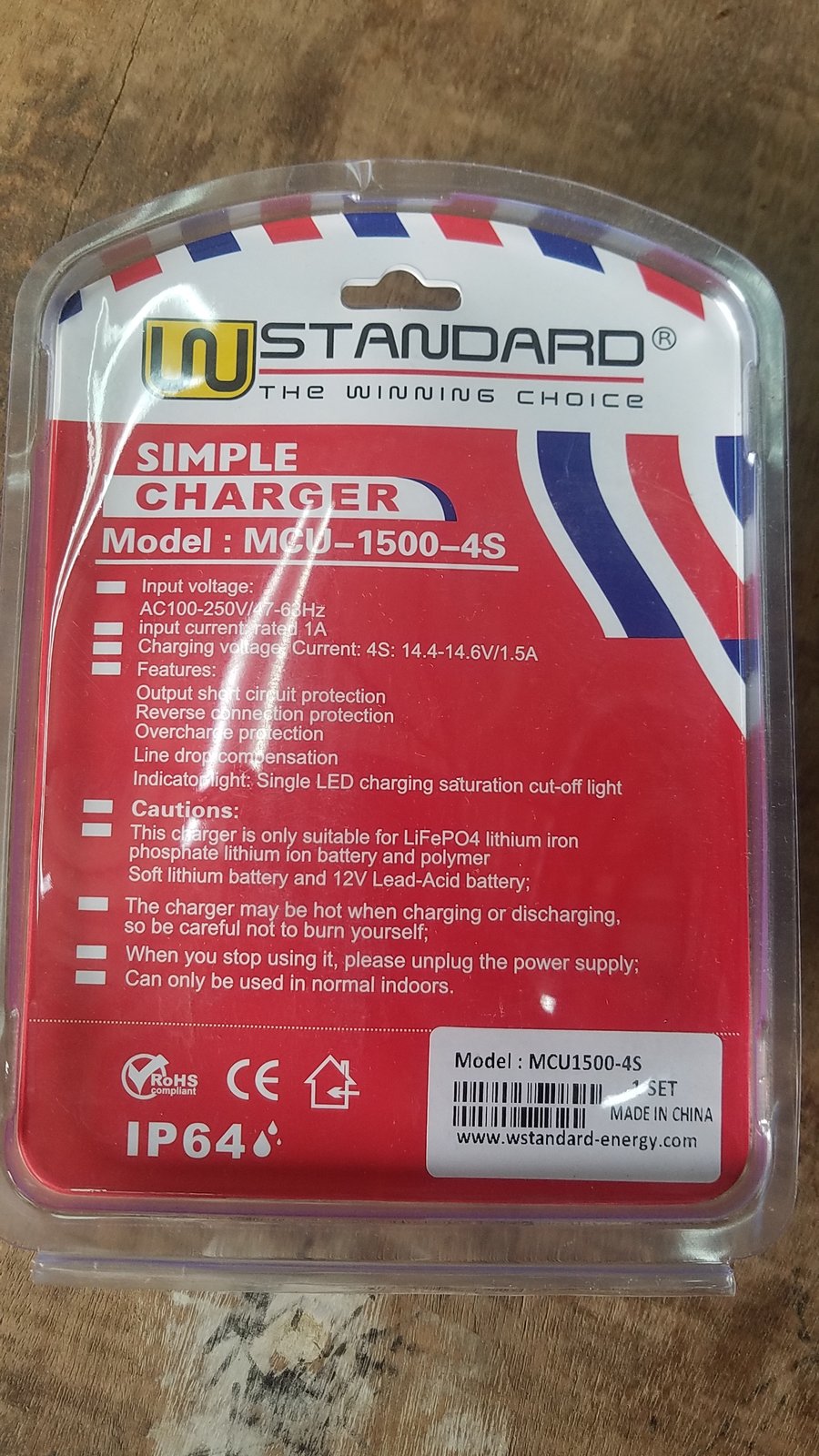 I have the w standart batteries in all my bikes for at leased 4 years and even the xl kickstart only but dc cdi thats need 12 v to produse a spark start even after 6 month parking right up. Even better on electric start . Voltage dont break down while starting even after month parking ,starter motor run a little faster and engine starts easy .

Thank you for your views concurring W-Standard.
IMO I consider them to be 1 off the best lithium on the market.

These 2 protection circuits was only introduced in the last 4 weeks.
And was informed that my order was 1 of the first to produced with these 2 added circuits.

So now there are even better.

Did you puchessed them from within Thailand.?

Yes, see them for sale in bangkok and phuket

Hi sir
Same as Nick bike
I advise him to go for the WEX3R 18 -MF
Check battery details and sizes from picture below . 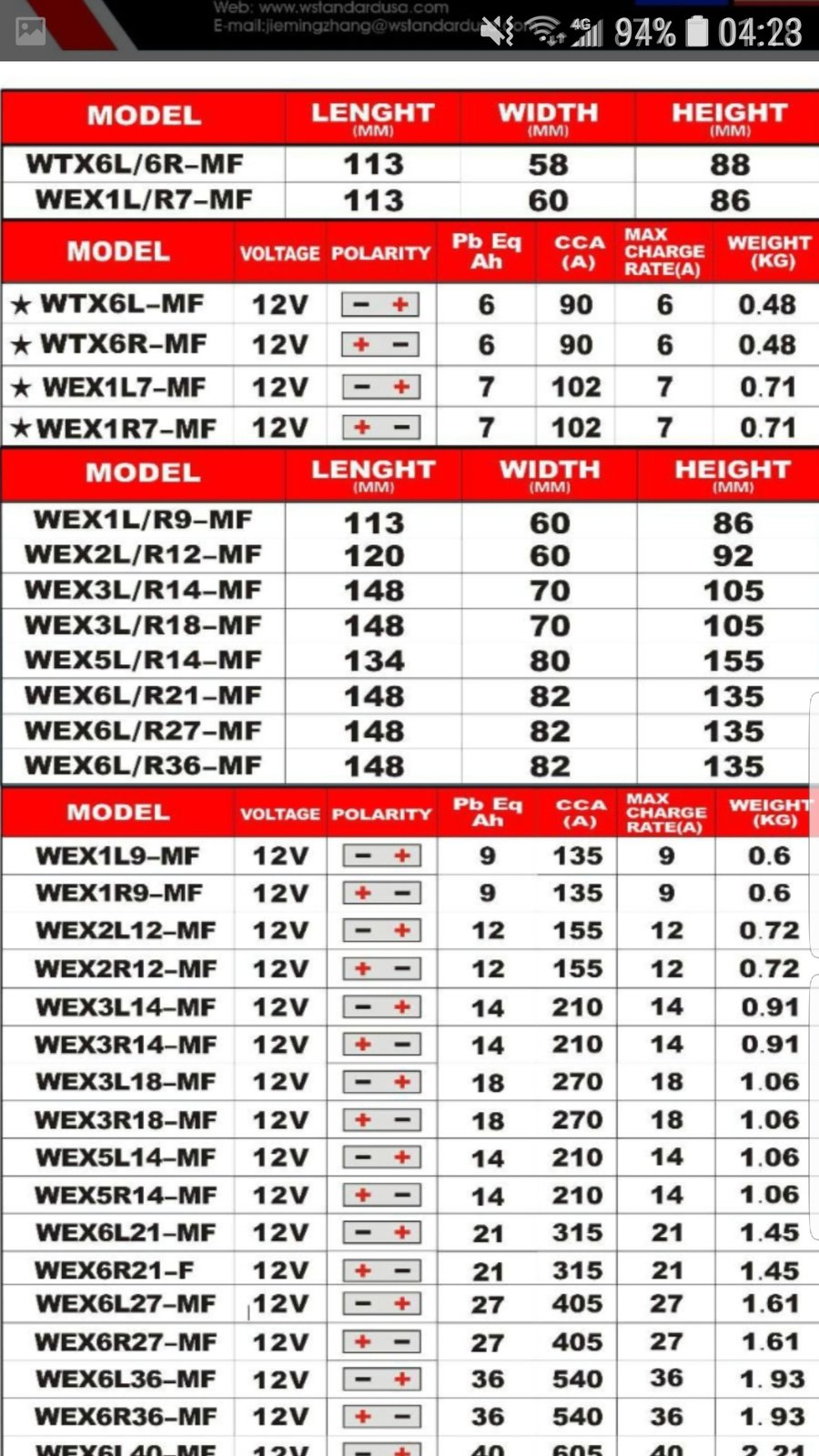 Send you a message in WeChat.