A gentle meander along some twisty roads

One straggler remains then decides to join the others

I thought this one was going to follow me home

I am guessing this is where the rockets are launched from

She only went about 200 metres to where there were some huts at the edge of the reservoir, from here its a single track through the trees

Once out of the dense coverage its a bright day again

No motorbike under there only wood and some sacks of something

Another dried up river bed

This one had a concrete path going through it

After about 4 km I reach a sort of camp ground

Water flowed from the tap but I certainly didnt drink it, I wonder how often the filters are cleaned out

Posters of people and dirt bike tyre prints but no one was seen while I was here.
Its at N18.62064 E099.21281, I was hoping the track would go further and link up with the 2031 but I saw no sign of any tyre tracks going on further

Time to ride back then

I follow a canal road on the way back

A pleasant day finding new stuff on the doorstep

A huge quesadilla and chips for 175 Baht at El Diablos

Glad you enjoyed those roads & tracks Colin. There are plenty of similar around that end of the valley.

Nice 4 legged friends you made there today

She's got cute ears, no? 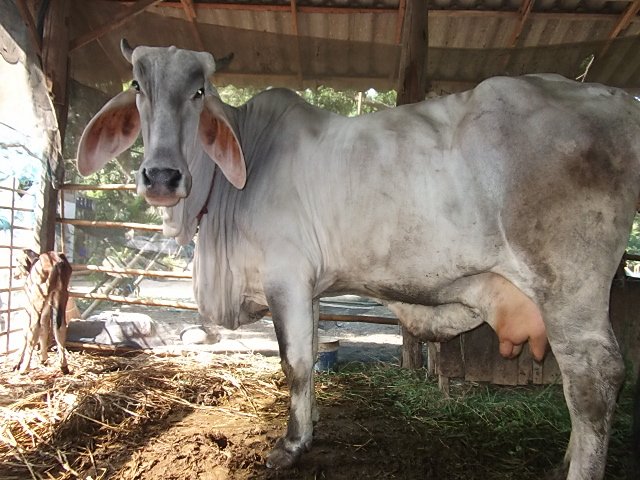 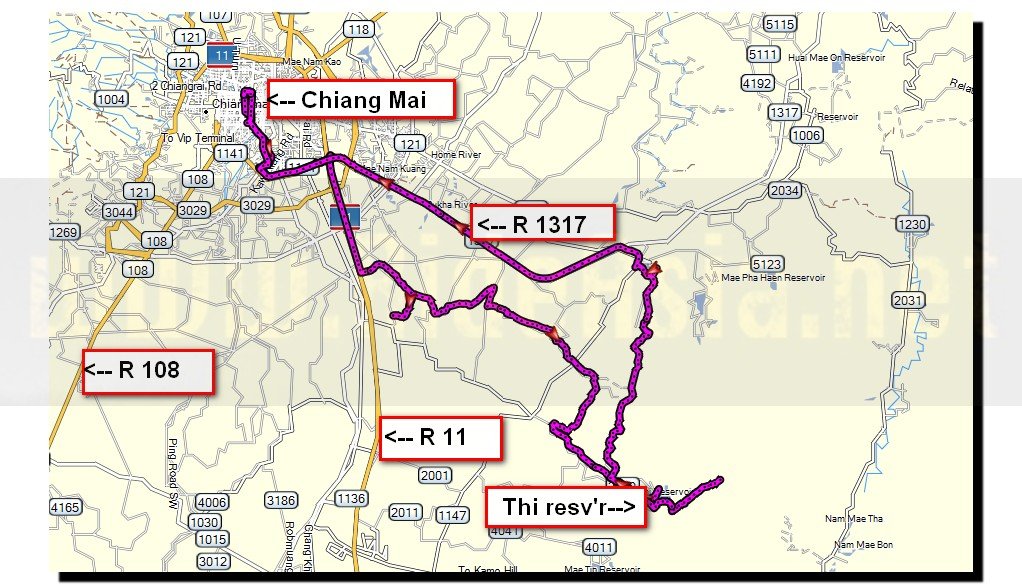