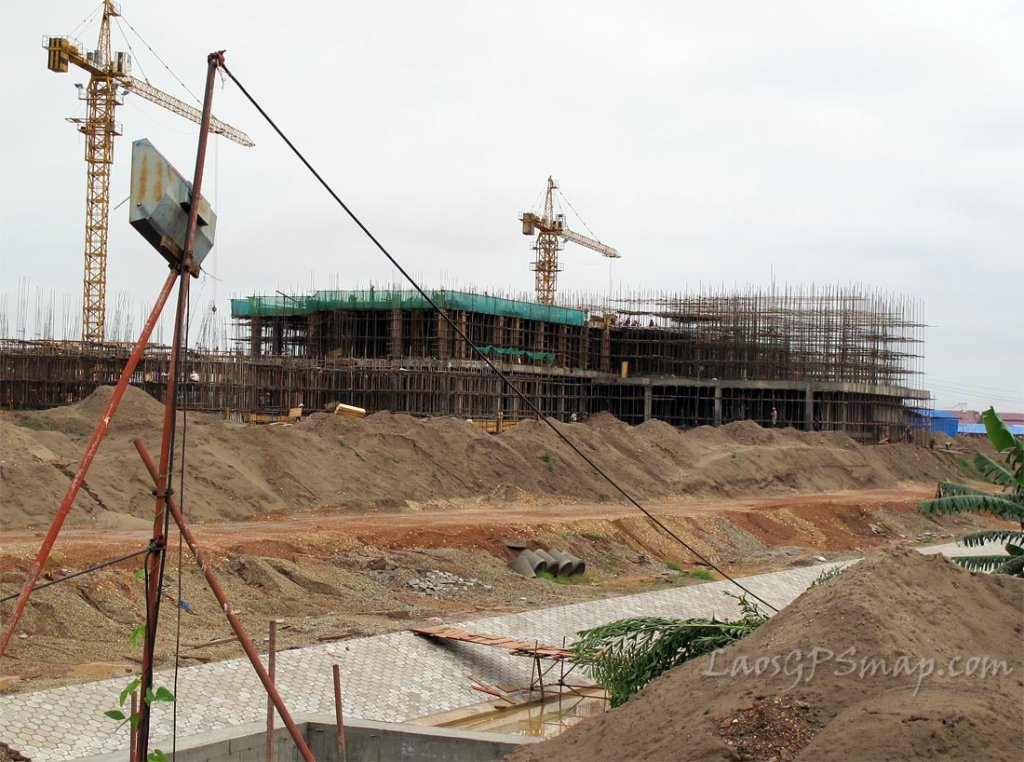 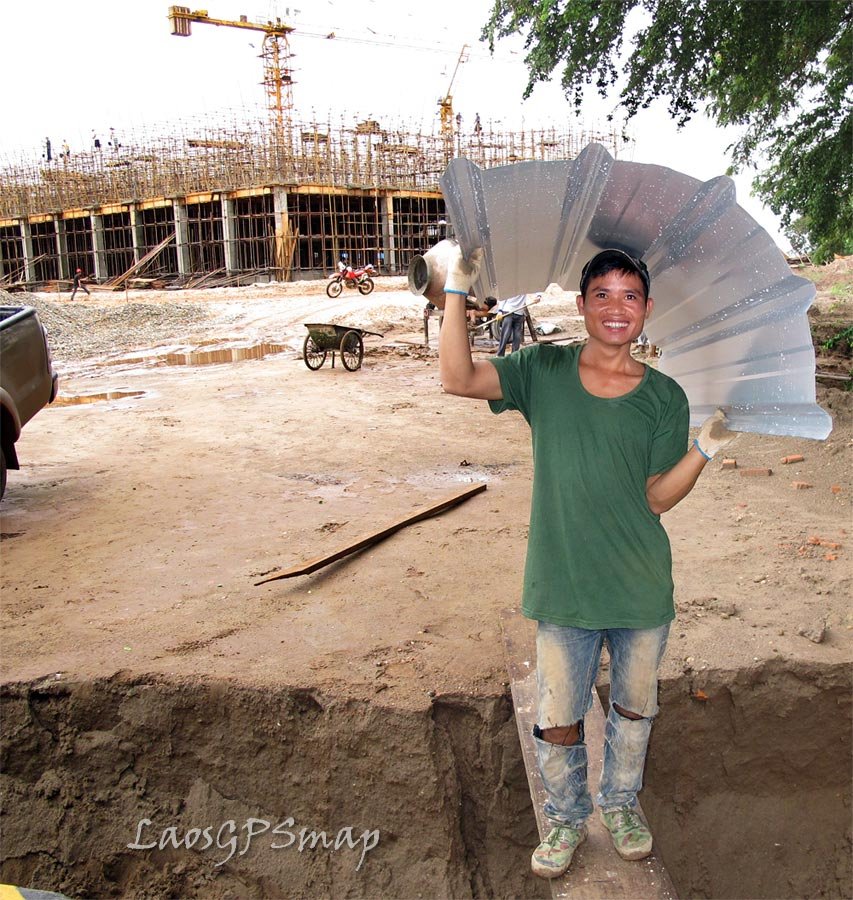 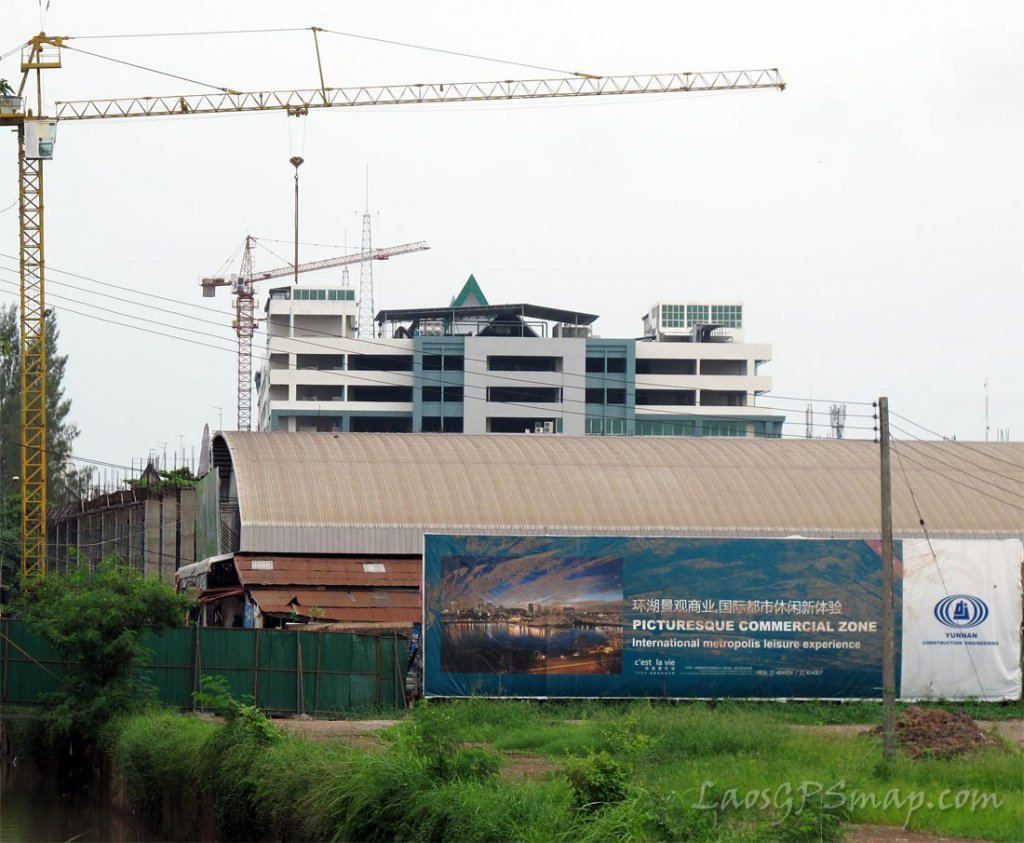 Don - Are these on the Mekong in Vientiane?

If I am not mistaken these are the villa's to be used for the Asia-Europe Meeting (ASEM) 2012 meeting which will be held early November this year. The villa's will house the heads of state of the participating countries during the meeting where after they will be given/sold to ????. Construction goes fast as, when I was there late March, they just were pouring the concrete for the second floor with the contractor basically working day and night.

Yes Auke you hit the nail on the head, its 24 -7, those foundations were just poured right on top of the sand fill! No pile driving,I wonder how level they will be after a couple rainy seasons?

I know because this view is taken from, a frequent beer drinking perch!

They told me there are 5,000 workers on site, they sleep 7 to a room in the work camps!

It is going up incredibly fast.

This project has been very interesting to watch the Chinese construction technique.

Lao and overseas officials believe the 9th Asia-Europe Meeting (ASEM) Summit to be held in Vientiane in November will shine a brighter spotlight on Laos.

“The EU congratulates Laos for being able to organise the summit because it will certainly put Laos on the map and boost the country on the international scene,” Mr Goffin said.

He is personally confident that the Lao government will hold a very successful summit, saying the country is preparing very seriously, while having good capacity in terms of logistics and protocol and, most importantly, political stability.

Mr Sayakane said Laos will gain historic political significance by hosting the international meeting, which will be attended by more than 50 heads of state and government, and representatives from the EU and Asean Secretariat.

“The summit will be an opportunity for Laos to showcase the success of the government’s open policy in terms of international relationships and cooperation which we began in 1986 with a view to improving living conditions,” he said.

ASEM was established in 1996 to foster formal dialogue between the Asian and European regions on important issues and challenges that are of interest to both sides and require a joint effort to resolve.

The summit will provide a platform for ASEM members to gain a deeper understanding of the true situation in Laos, especially concerning freedom of beliefs and religion, and human rights.

“In fact, we have these policies in place, but seeing and believing is better. Summit participants will be able to visit many places and talk with people during the event,” Mr Sayakane said.

One of the important meetings to be held on the sidelines is the 13th Asia-Europe Business Forum. This meeting will enable investors from the two regions to discover the potential for investment in Laos and discuss cooperation.

The Asia-Europe Meeting has 48 members. Twenty (including the Asean Secretariat) are in Asia and Oceania, and 28 (including the European Commission) are in Europe.

The expansion of ASEM will be announced during the summit with the admission of three new members – Switzerland, Norway, and Bangladesh — bringing the total to 51 members.

The 1-day seminar was co-organised by the Ministry of Foreign Affairs and EU Delegation to Laos, and attended by government officials and civil servants from Vientiane and Vientiane and Borikhamxay provinces.

Cooperation between Laos and the EU, and preparations for the summit and its sideline meetings were also discussed at the seminar.

The ministry will hold a similar seminar in Luang Prabang and Champassak provinces to raise awareness of the summit among civil servants and the public in the northern, other central and southern provinces.

Midnitemapper said:
I know because this view is taken from, a frequent beer drinking perch!
Click to expand...

Well if you want an expat hangout and don't want to climb the 4 floors to "Por Pen Yang", Andy"s Highlander bar[ is just upstream of the, once popular "Sunset bar" which is gone forever. It looks like that they finally have solved the problem with the roof - took them quite some time to figure that out.

The newspapers are reporting cement shortages in Vientiane, no wonder we are seeing crazy construction like this one.. 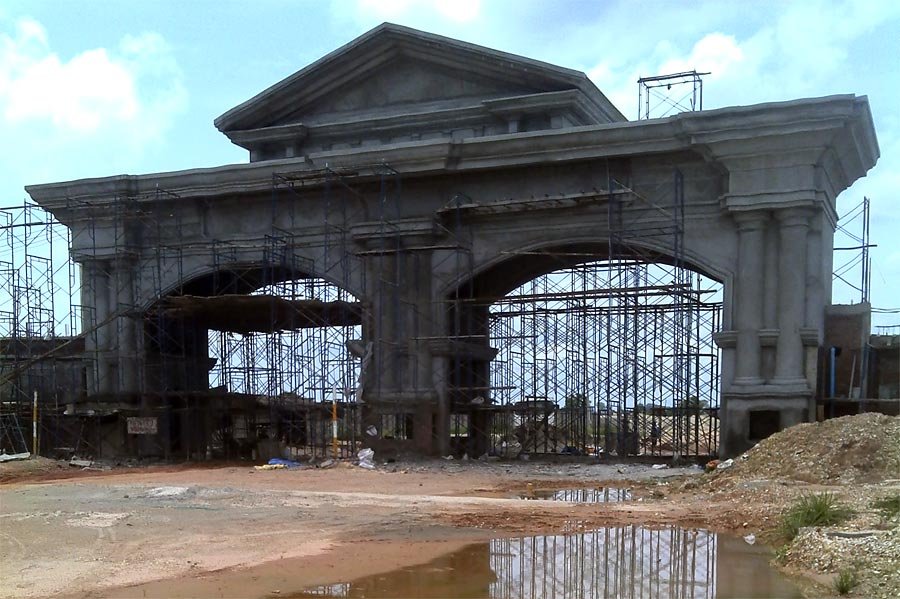 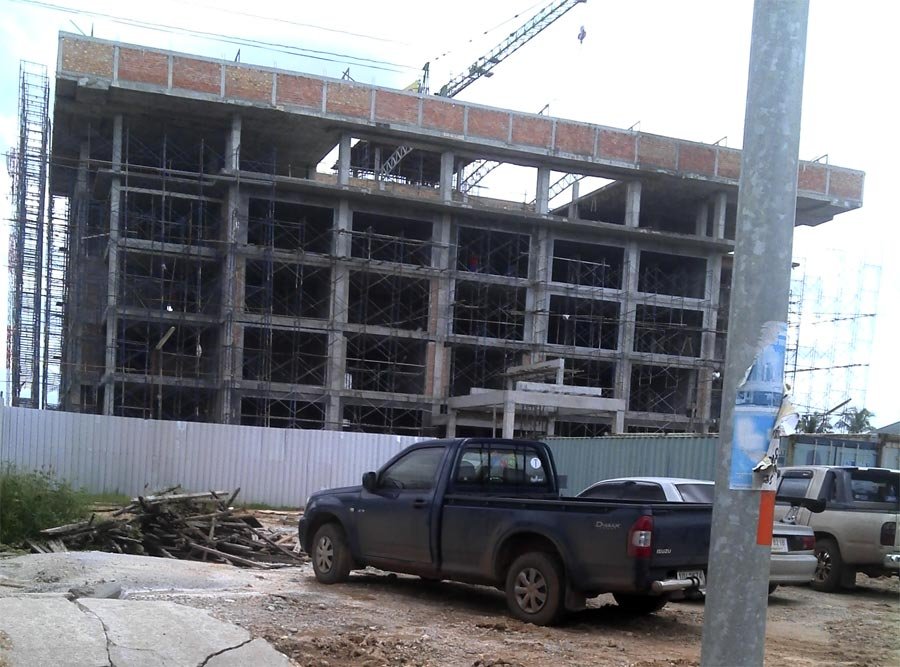 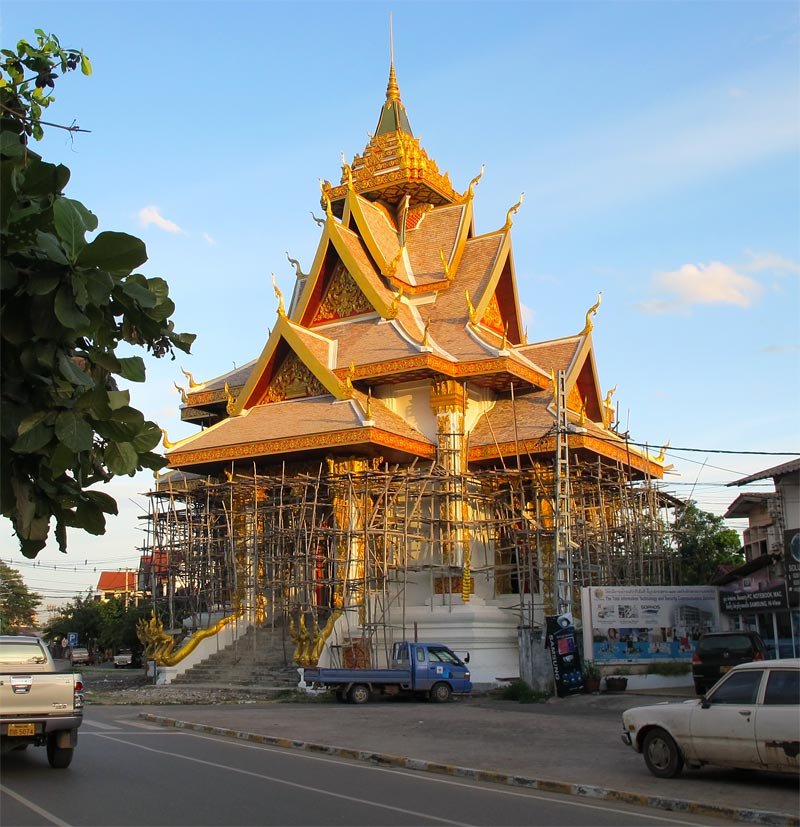 On the outskirts of town?

Chevrolet soon to be sold here in Vientiane

KTMphil said:
On the outskirts of town?

The new embassy is being built in Ban Somvang-Tai which is on the south side of Vientiane along the main road which leads from town to the Friendship bridge.

Great news. I hope the gasoline will be of the same quality as in Thailand. My bike diesels often from shitty gasoline riding up the hills in Laos.

But wheres the 7-11 that should go with it Don?

Hi Captain, don't worry no Jet -sip et here in Laos yet byt PTT has contracted with U Express.
The attendants took a long time to figure out change, it was the first day opened.

The property - building boom continues in Laos
A new hotel almost finished, were do they get the customers? 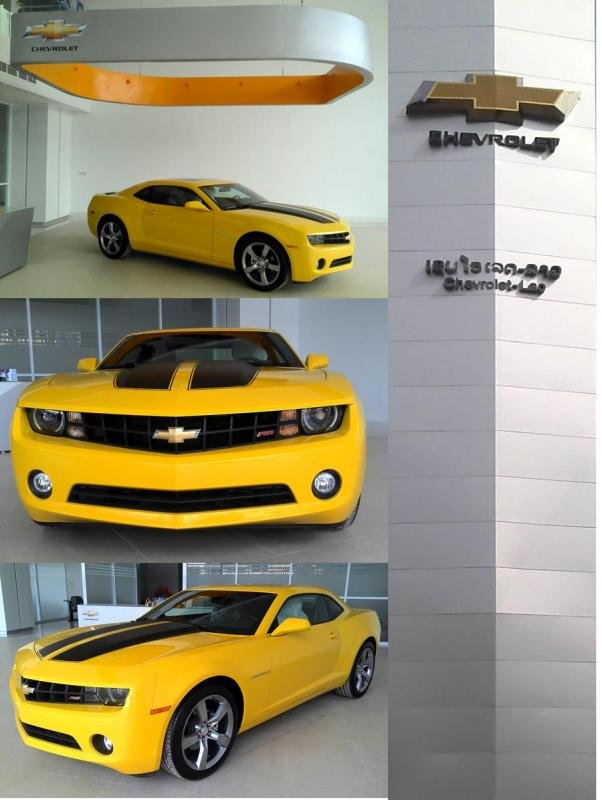 Barbeque Goat restaurant and you are greeted by Goats! Vientiane streets getting and upgrade but traffic is a bit snarled! A new sports bar in VTE, town, could be the best one yet!
Opening soon 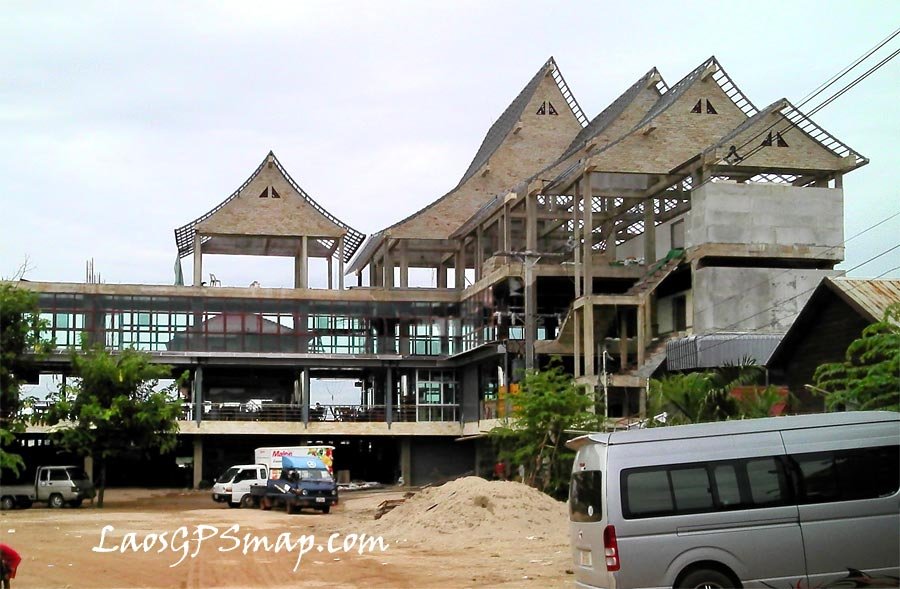 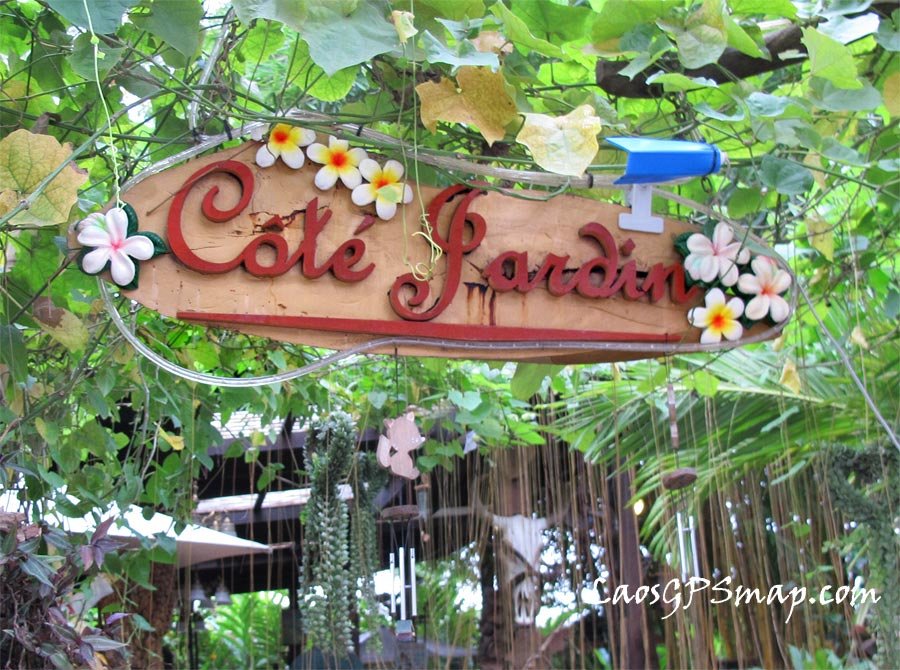 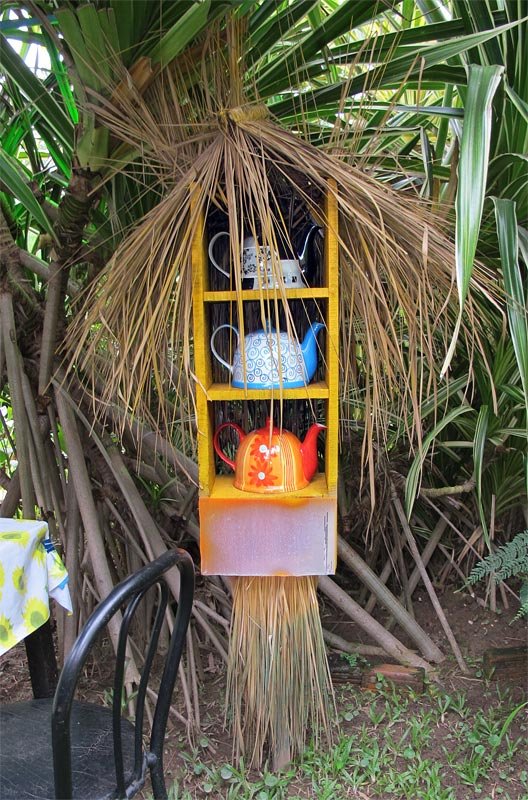 New layer of black tarmac on the streets of Boomtown, expect delays, there are only 4 witches hats in the whole country (seen here) usually we use rocks or broken off branches. 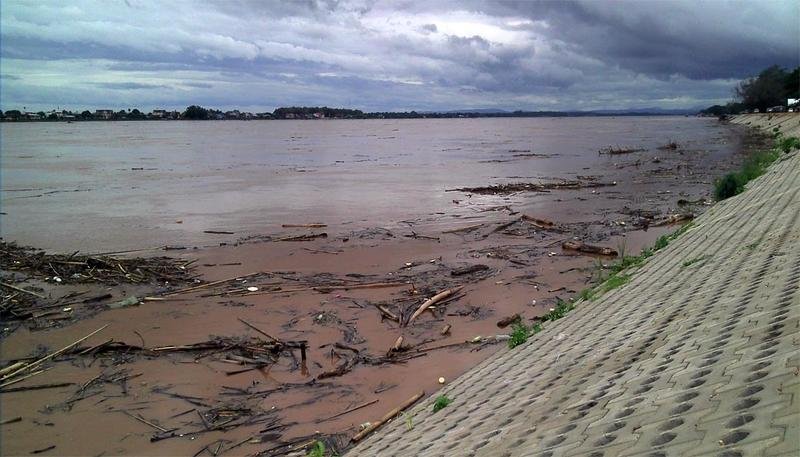 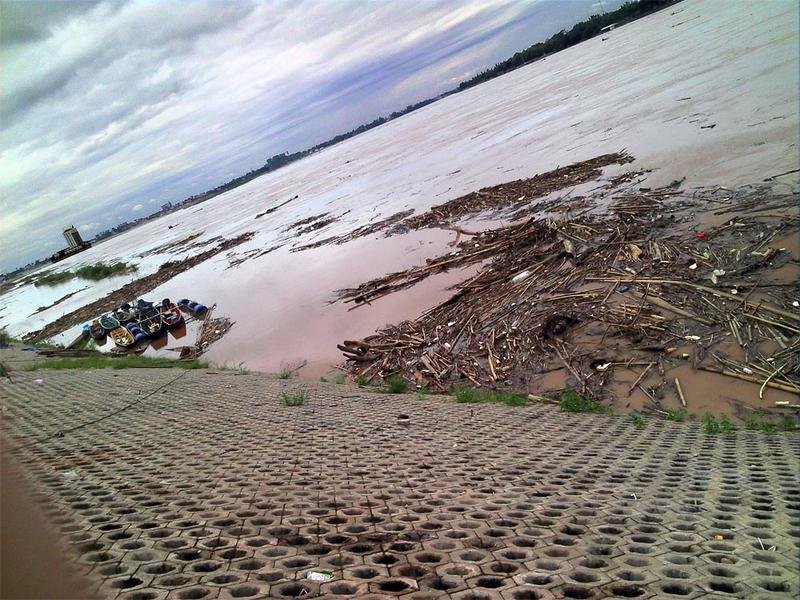 The unmistakable woosh sound of a propane torch caused me to take a second look... 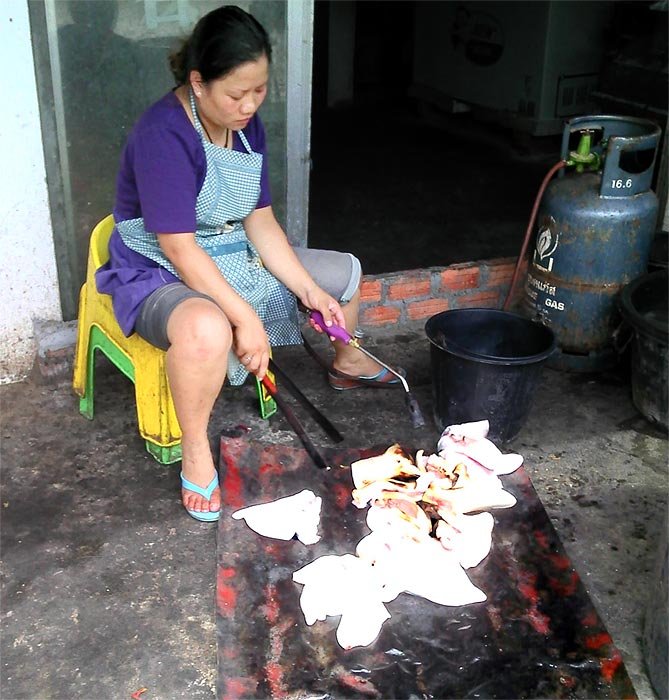