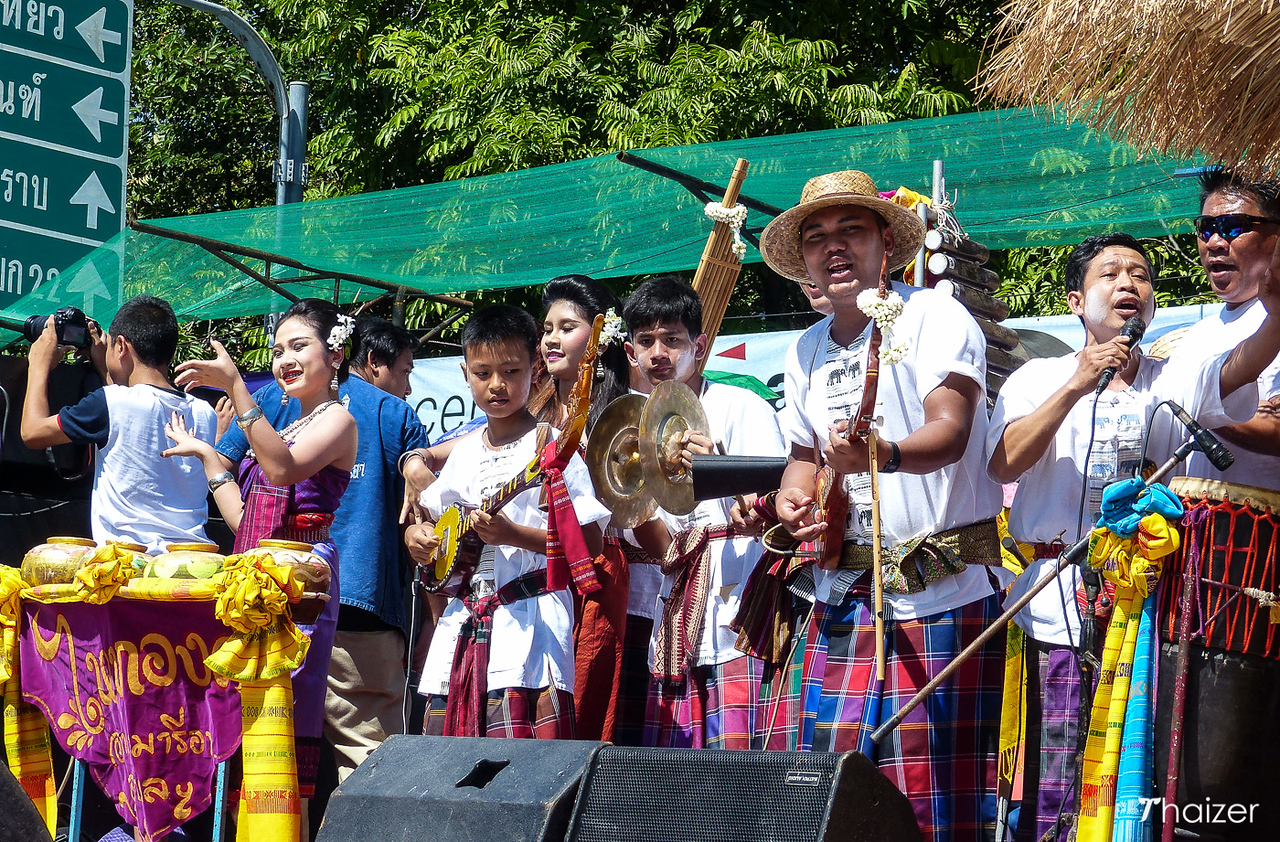 The Ubon Ratchathani Candle Festival celebrates two important Buddhist events: Asahna Bucha and Khao Phansa. The exact date of Asahna Bucha varies from year to year depending on the lunar calendar, but usually falls in July. Asahna Bucha marks the day when the Lord Buddha delivered his first sermon at Benares in India. The day after Asahna Bucha is known as Wan Khao Phansa and marks the start of the three-month ‘Phansa’ rains retreat period which is sometimes referred to as "Buddhist Lent". 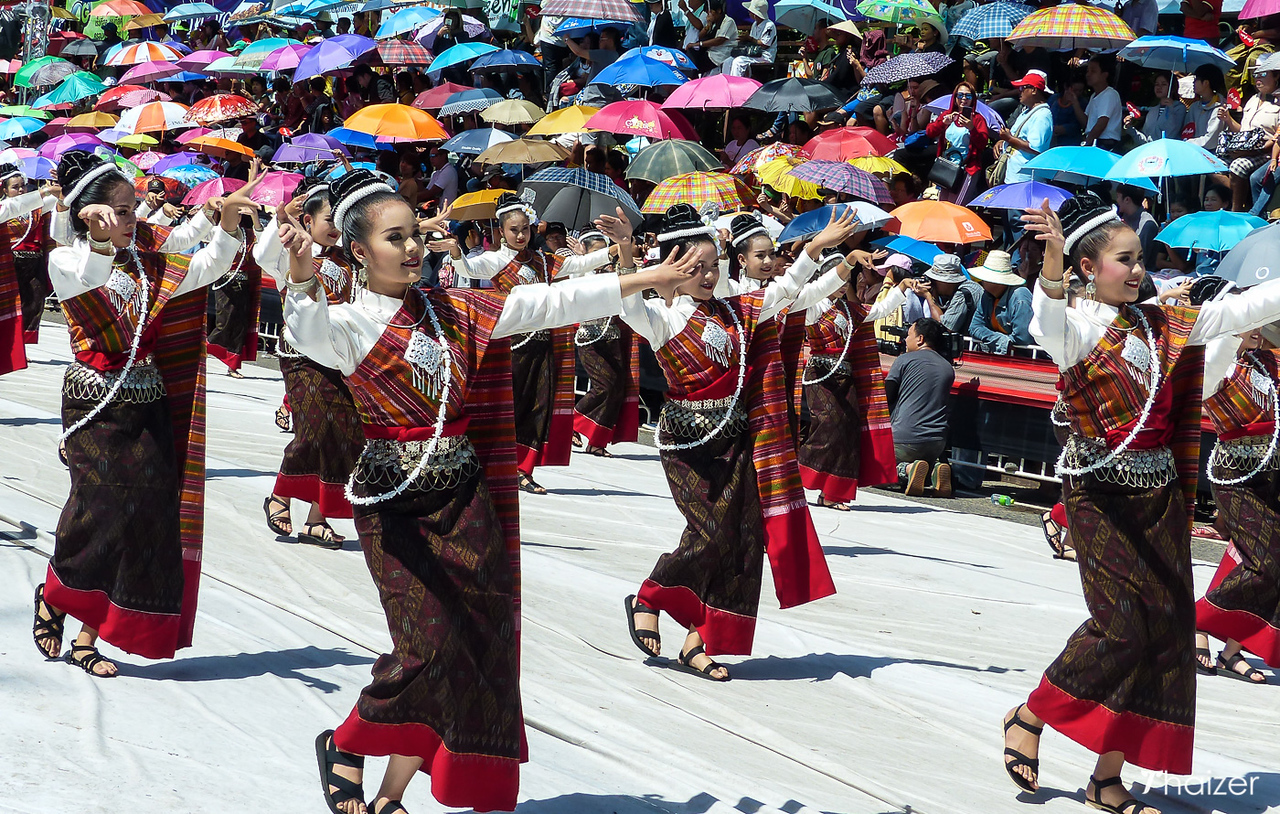 At that time of year it’s a tradition for Thai Buddhists to donate candles to the temple to make merit. This tradition stems from a time long before electricity had been invented. During the three-month rains retreat period monks were not permitted to travel away from their own temple and relied on candlelight more than ever to study and carry on their daily routines during the darker days of the rainy season. Originally, the donation of candles to temples was a simple and practical way to make merit. However, the arrival of electricity meant there was more leeway for candles to become decorative offerings. In some provinces in Thailand, this transformed into friendly competition with local communities aiming to outdo each other by creating bigger and more elaborate candles to donate. In Ubon Ratchathani, this in turn led to wax sculptures being created to mark the arrival of Khao Phansa. 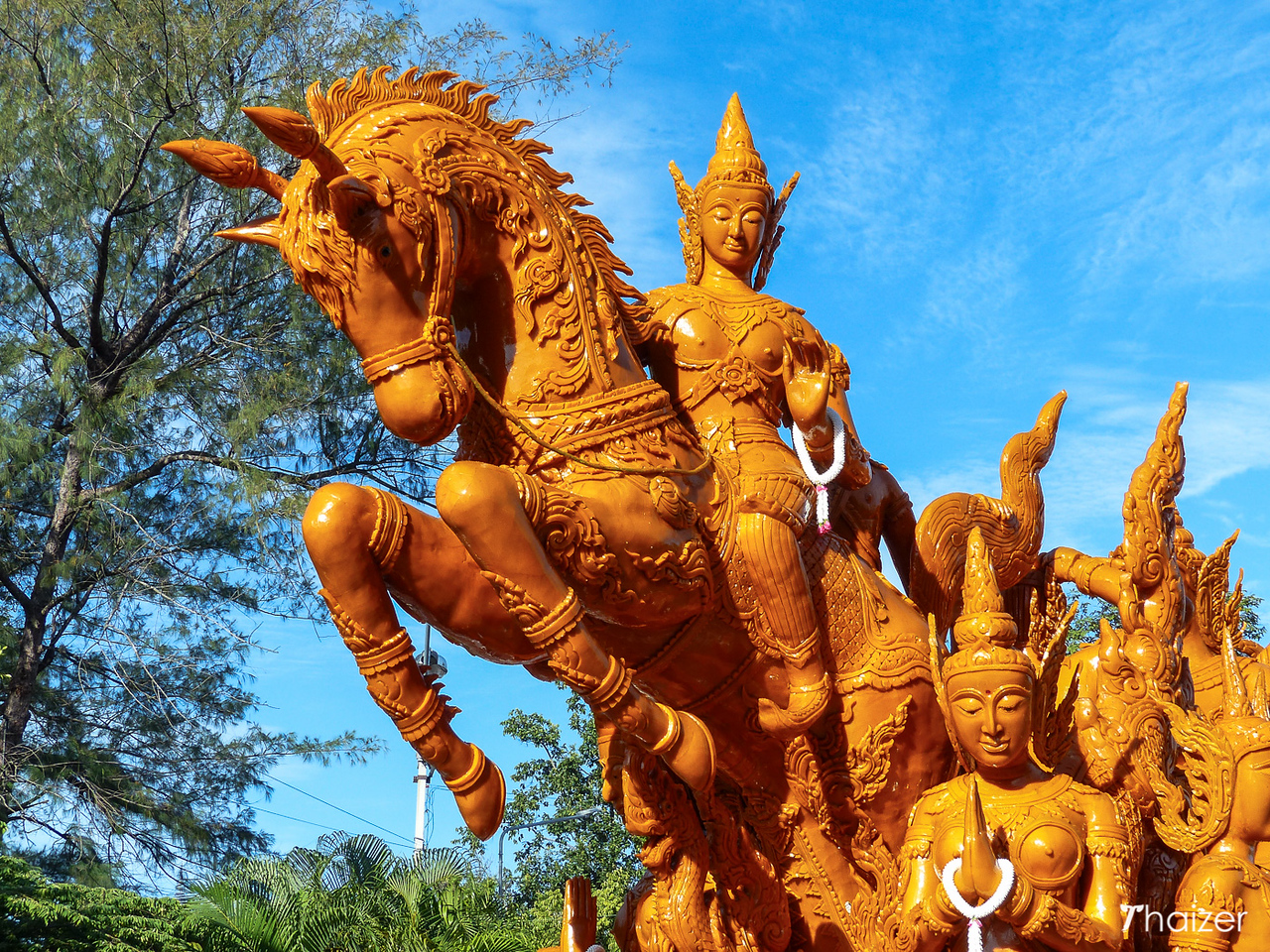 The Khao Phansa period is traditionally a three month period of abstinence for Thai Buddhists with no alcohol and no eating to excess. Although the old traditions aren’t strictly adhered to in modern Thailand, some people will make a token effort for at least a few days. The arrival of the Phansa period is also a popular time for young men to temporarily ordain as Buddhist monks to make merit for their family. 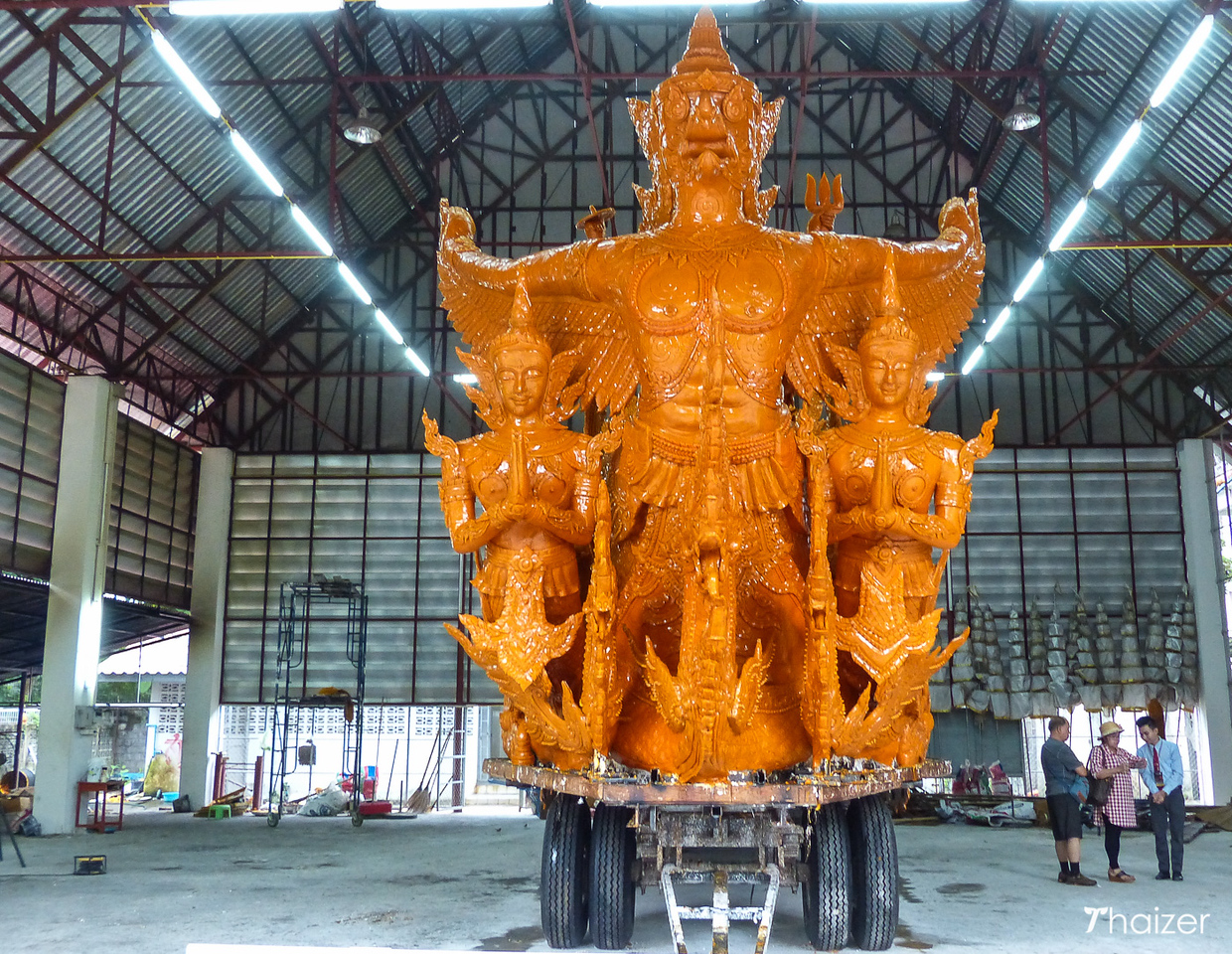 The main focus for the Candle Festival is in and around Thung Si Mueang Park in central Ubon Ratchathani. The giant waxwork sculptures are created at various temples around town and it’s possible to see them being worked on in the days and weeks leading up to Asahna Bucha Day. During the late afternoon on Asahna Bucha Day, the floats are pulled to the perimeter roads outside Thung Si Mueang Park. The area in and around the park is transformed into one big street fair with an open-air market, musical performances, and food stalls galore. On the morning of Wan Khao Phansa, a huge street parade commences from outside Wat Sri Ubon Rattanaram and continues north along Upparat Road and up past the junction with Suriyat Road. More than 50 decorated floats join the procession.

There are nationwide restrictions on the sale of alcohol for the two day period covering Asahna Bucha Day and Khao Phansa Day. This means that most bars and clubs in Ubon Ratchathani close for a 48-hour period, but it doesn’t dampen the party atmosphere at the festival itself.