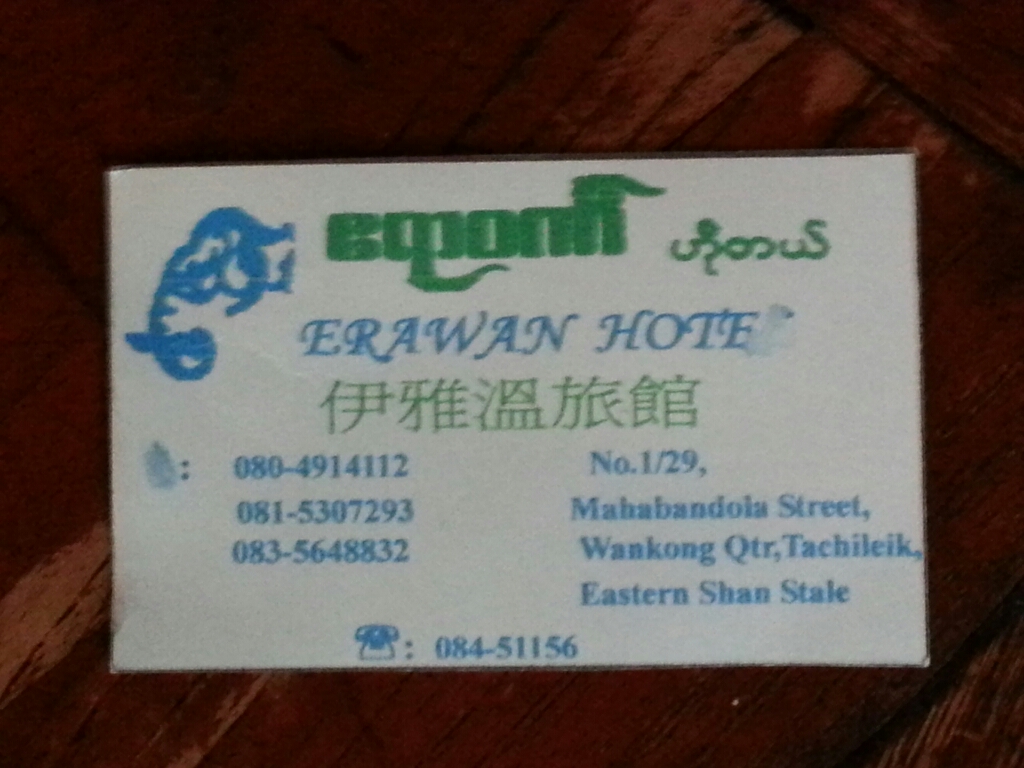 
Best location in Tachilek overlooking Mae Sai and the border market, literally 300 meters from the border 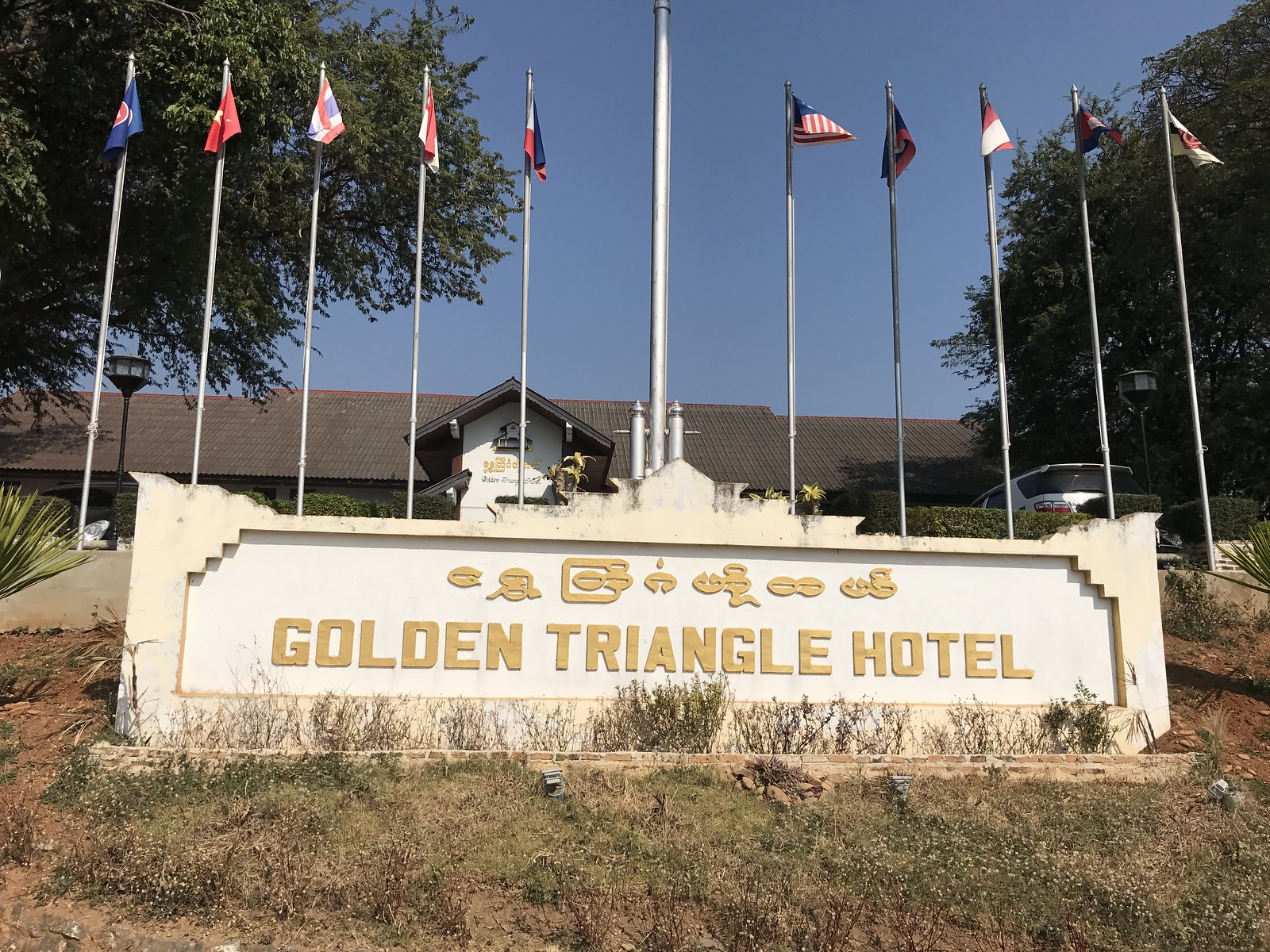 Classy place, rooms 1,500 Baht - 3,500 Baht. They are in the process of building dutch style bungalows with great views, even a windmill. 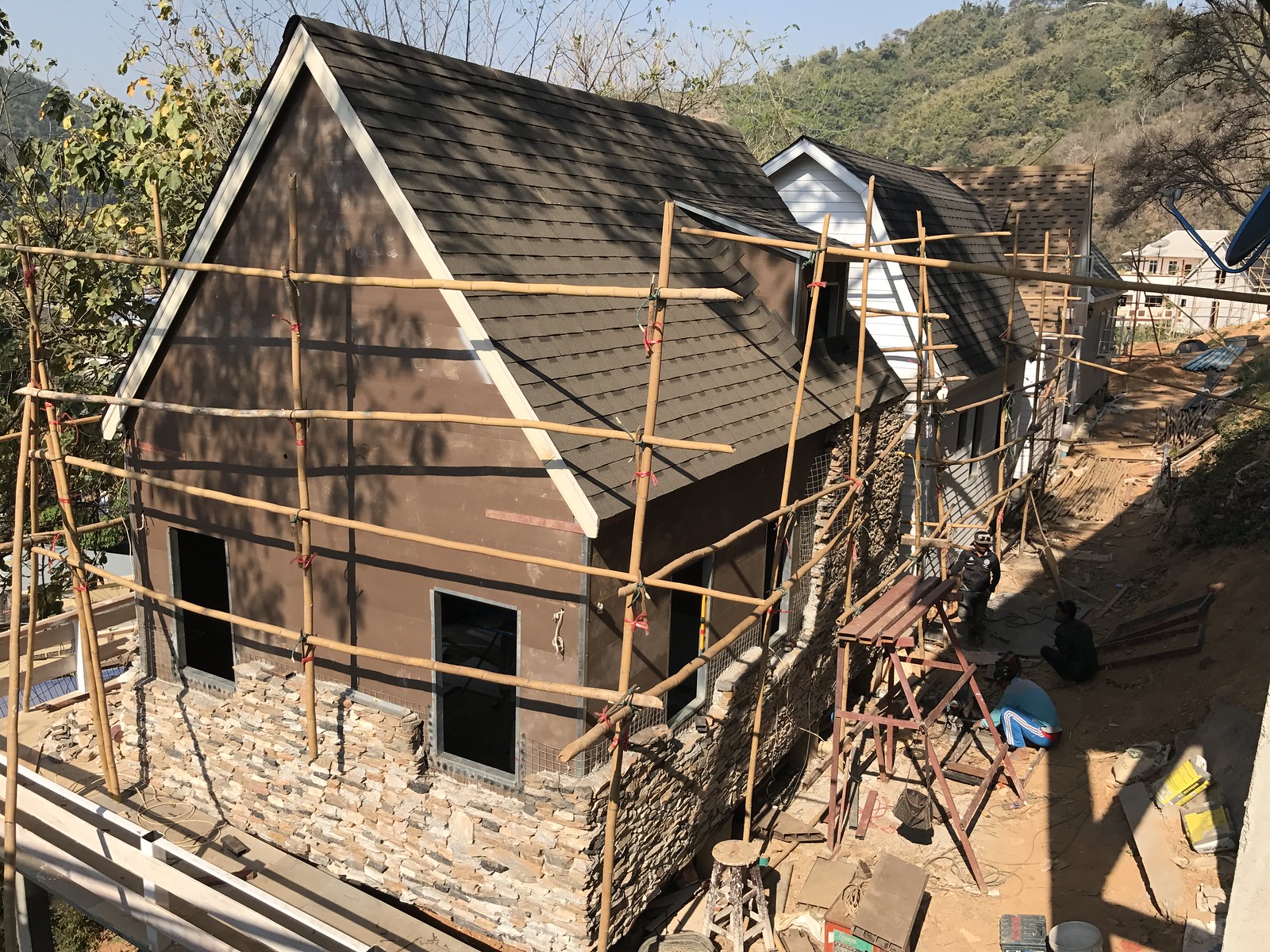 
Good breakfast, I'm not a sausage fan unlike Brian 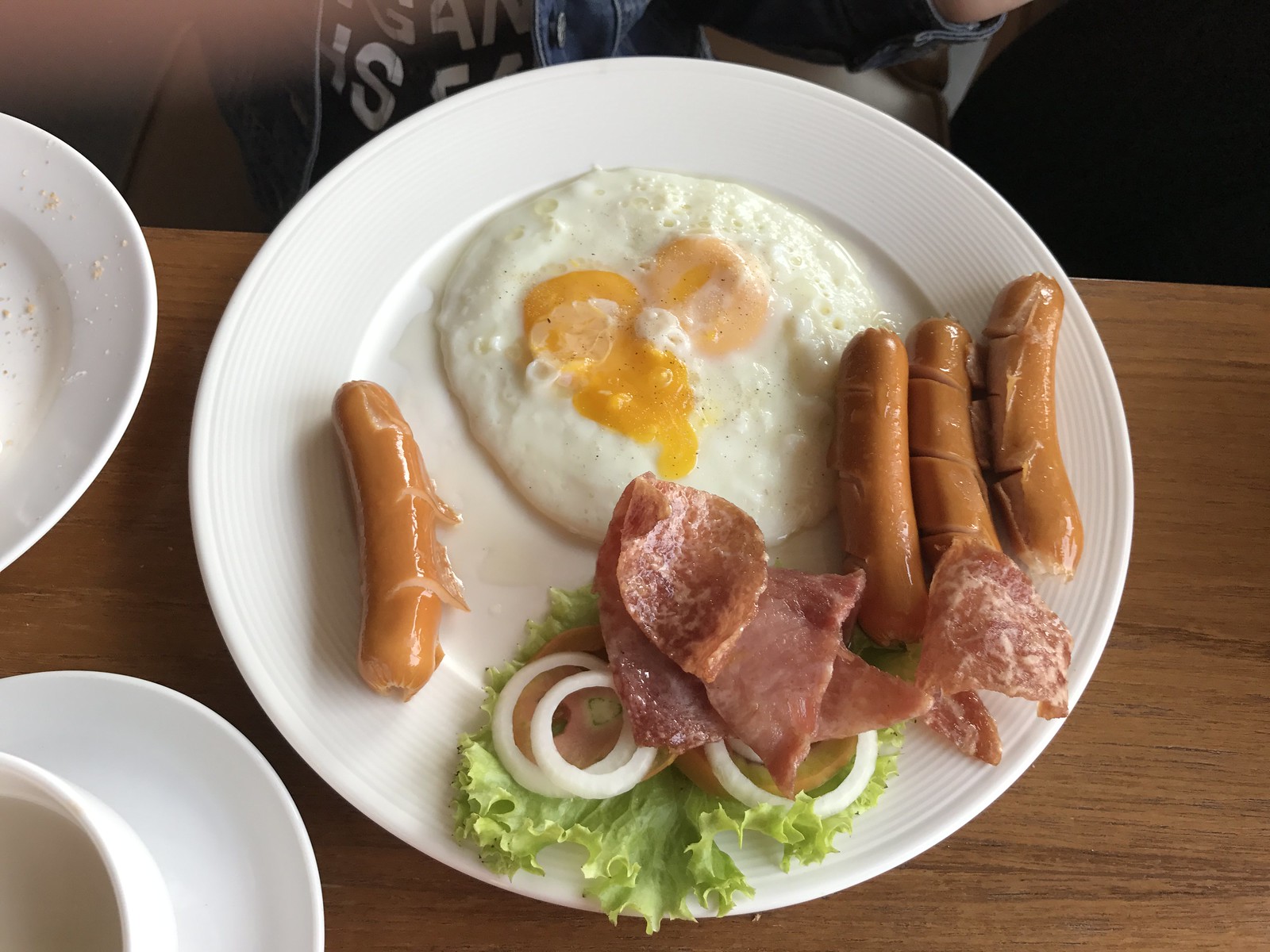 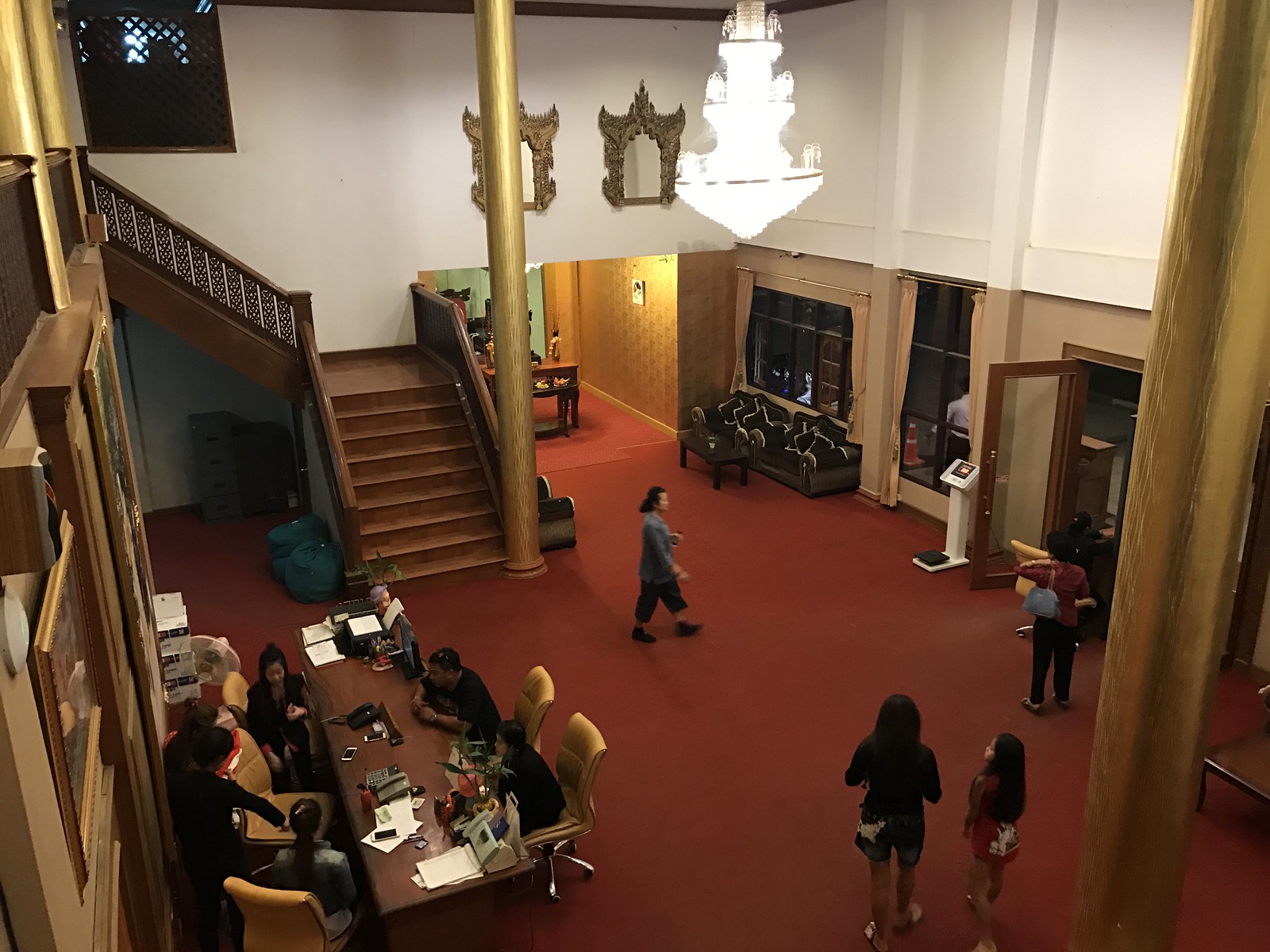 Accommodation in Tachilek looks much better than what's available in Myawady, the main border crossing point between Thailand and Myanmar (used to be the other way around before 2013). I've also noticed that a number of hotels in Tachilek can be booked online via Agoda. The same can't be said for Myawady though.

Very few people choose to stay in Myawady anymore these days since the opening of the new Thai built road to Kawkareik in 2015 replaced the old one way road. Accommodation is also very overpriced and quality is poor. For those that do want/have a need to stay in Myawady (perhaps if arriving too late to cross back into Mae Sot or if you want to avoid the morning crowds heading across the border, here are some options):

They are building a new hotel in Myawady on the outskirts of town, called the "Royal Myawady Hotel", which could become the first really good hotel in town, not sure when it will open but in the meantime your options are:

The Starlight Hotel. LOL, no don't go there. It has probably never seen a single foreign guest ever and hasn't been open for 11 years. Although I know someone who knows someone who can allow you to stay there for free but I don't think that would be a good idea. Although it looks OK from the outside, would anything even work? Electricity? Wifi (nope). Don't be fooled by the presence of parked cars in the parking lot. This hotel isn't open.

Riverview Hotel. Probably the cheapest hotel in town and also offers the best views across the river to Mae Sot. Located right on the river, 100-200m behind immigration. Basic rooms 20,000 Kyat but nothing to write home about. Probably hosted most of the backpackers stuck in Myawady for a night or two between 2013 and 2015 before the new road opened and the border crossing opening hours were extended. Restaurant downstairs probably one of the best in town and offers decent Thai food but isn't cheap.

Myawady Hotel. Rooms from 25,000-35,000 Kyat. Most of the few foreigners in Myawady (apart from backpackers) choose to stay here. Located on the left, less than 1km from the border crossing on the main road. Cheaper rooms on the fourth floor without fridge used to be 18,750 Kyat but may not be available for that price anymore. Rooms OK, but bathrooms in a state of disrepair and can get a bit noisy due to traffic in the morning. Greasy noodles and instant 3-in-1 coffee your only option for breakfast.

Hotel Lawka. Small, clean rooms from 25,000 Kyat, suite 40,000 Kyat. The latter is quite nice but you don't want to stay in this hotel due to the extremely loud karaoke on the top floor, and the suite is the room most affected as it's just underneath. Even at 3 or 4am, locals and visitors from places like Yangon will be screaming their lungs out so you definitely won't get a restful nights' sleep here. Breakfast is the same greasy noodles and instant coffee as at the Myawady Hotel.

Ngwe Setkyar Hotel (there are two, the newer one is called Ngwe Setkyar Hotel 2 and both are located next to each other). Setkyar 2 is only around 2 years old, but both from the inside and outside looks very dated. Standard rooms 40,000 Kyat. Rooms very small and have very high ceilings. Air-con keeps cutting out every so often, including at night. Same for the TV, power keeps cutting out, only 4-5 channels, 3 Myanmar, 1 HBO movie channel, 1 Myanmar movie channel (often showing English movies), just 1 Thai channel despite being in a town next to the Thai border (Thai direct sales channel). No problems with hot water. Wifi surprisingly OK. Breakfast OK - small buffet with 3-4 noodle and rice choices, fishcakes, toast with butter/jam, sweetened coffee, hot green tea and sweetened orange "juice" with jelly. Very friendly manager who speaks better English than anyone I've ever met in Myawady. Only major hotel not located on the main highway, but is only a short distance away.

Green One Hotel. Yes it's the newish green building on the right hand side of the road at the very edge of town, about 5km from the bridge. Very nicely appointed large rooms start from around US$42 or 58,800 Kyat (the Kyat price varies according to the US$/MMK exchange rate, which is now 1 US$=1400 Kyat) on the 1st floor and then it's US$53 (74,200 Kyat) for rooms on the 2nd and 3rd floors, US$63/88,200 Kyat for deluxe rooms including breakfast, wifi, hot water, desk and cable TV (not sure how many channels they offer though). Breakfast buffet is available from 6am to 9am. Definitely by far the best option in town, but something similar on the Thai side would only cost around 600-1000 Baht. From what I've seen, there are at least 2-3 hotels in Tachilek that offer a similar or higher standard and generally charge less than this hotel. Another disadvantage is it's location - although there are restaurants and small shops lining the road, without a vehicle and with minimal public transport you're not going to want to stay here as it's simply too far from anywhere.

In general, you are better off spending the night in Mae Sot or if heading in the other direction, Hpa-an, where there are many decent hotels available at decent prices (room rates in Hpa-an are no longer ridiculously expensive like they were back in 2013-14) or Mawlamyine, home to a number of new really nice hotels.

Thanks a lot for the detailed post, if you dont mind i will copy extracts of your post into the Myanmar accommodation and restaurant sections.
B

bsacbob said:
Thanks a lot for the detailed post, if you dont mind i will copy extracts of your post into the Myanmar accommodation and restaurant sections.
Click to expand...

My pleasure, you're welcome to do that. Actually, come to think of it I should have opened a new thread "Myawady accommodation" because my post relates more to Myawady than Tachilek. Still, given that Myawady is the main entry/exit point into Myanmar nowadays for overland travelers, including and especially for motorcycle and car tours because unlike if you enter at Mae Sai/Tachilek, you can travel overland to most parts of the country without a need for a permit or to fly.
You must log in or register to reply here.
Share:
Facebook Twitter Reddit Pinterest Tumblr WhatsApp Email Share Link
Top Bottom