Only available in India at the moment but it looks very cool, but with under 20 bhp it's hardly going to excite. 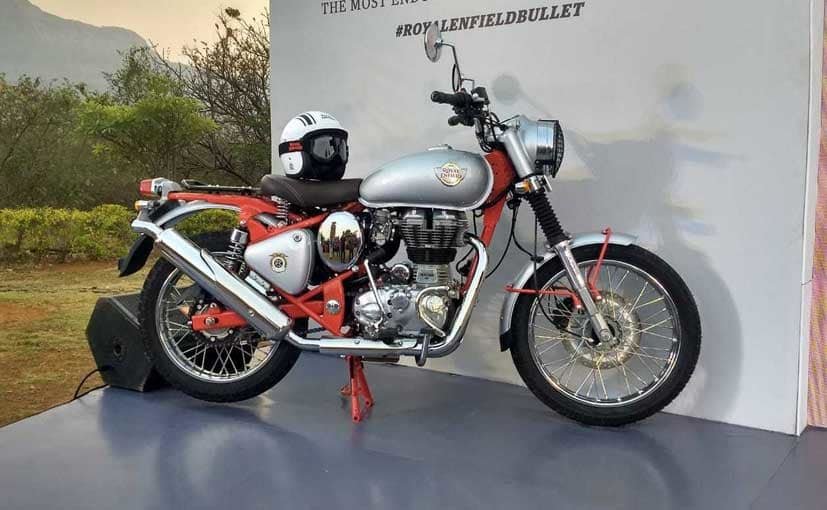 The frame stays the same but there are a bunch of design changes on the Trials. Going with the retro theme, both motorcycles get dollops of chrome and silver paint. The frames are painted in different colours on the Trials 350 and the Trials 500. The headlamp nacelle is also finished in silver paint and gets a chrome nacelle. Other design features include the upswept exhaust along with a single spring-mounted seat and a luggage rack, completing the old-school scrambler look. This eliminates any possibility of getting a pillion seat even as an option as the upswept exhaust won't allow for pillion footpegs. Also, the tube tyres are dual-purpose and have wire-spoked rims, meant for off-roading. The short fenders also show the off-road intent of the motorcycles. Both motorcycles get a 280 mm disc up front and a 240 mm disc at the rear along with dual-channel disc brakes. Both, the Trials 350 and the Trials 500 get telescopic forks up front, wearing fork gaiters and twin shock absorbers at the rear. 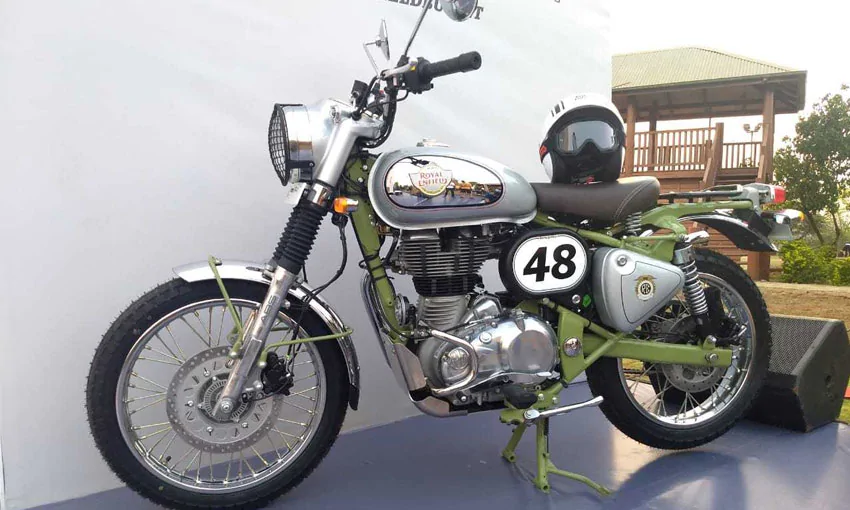 The Royal Enfield Trials Works Replica 500 is based on the Bullet 500.


The Trials 350 uses the same 346 cc single-cylinder engine from the Bullet 350 which pumps out 19.8 bhp and 28 Nm and will be paired to a 5-speed gearbox. The Trials 500 uses the same engine as the Bullet 500 which is a 499 cc single-cylinder motor making 26.1 bhp and 40.9 Nm of peak torque. This one is a carburetted engine and uses the same 5-speed gearbox as well. At the price, there are no rivals to these motorcycles as such in the market right now. Keep watching this space for our review of the Royal Enfield Trials 350 and the Trials 500.
You must log in or register to reply here.
Share:
Facebook Twitter Reddit Pinterest Tumblr WhatsApp Email Link
Top Bottom