Every year at the end of June & the beginning of July there are many of these competitions all around the country, Sankamphaeng has a few and usually on a Saturday.


This morning I went to the site of one I attended a couple of years ago, at the rear of Huai Lan reservoir 18.690415° 99.207504° but the grass was overgrown & the place looked unprepared for anything today.

I stopped at a shop along the way adjacent to a workshop with loads of rocket looking bamboo poles & the lady said the Huai Lan event was scheduled for 12 – 14 July but I could see one today in the afternoon at a nearby temple !!! 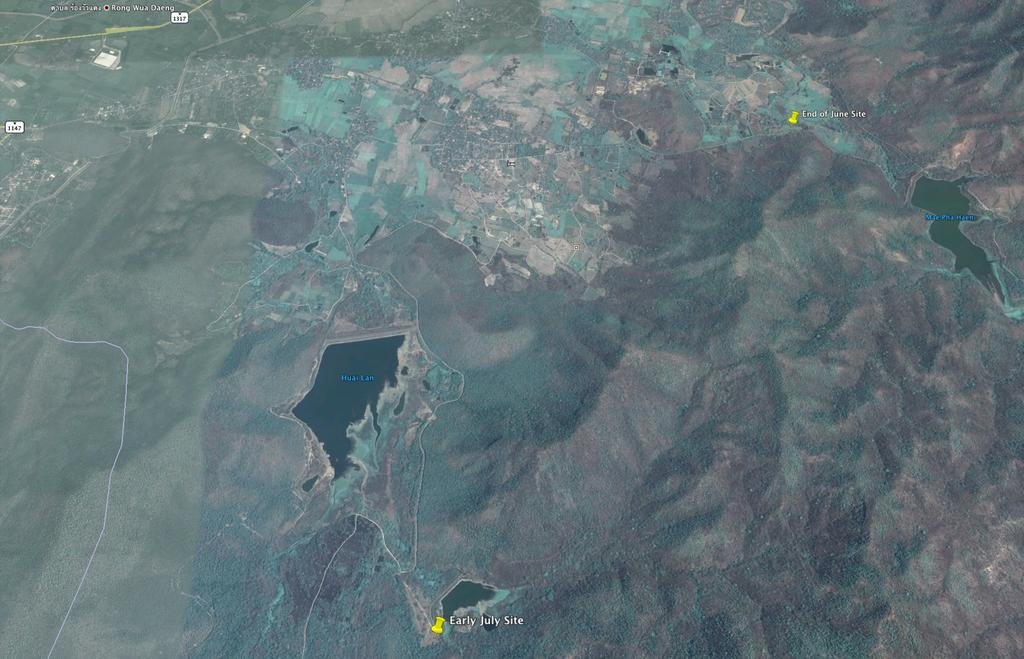 
Meanwhile, these couple were reloaded on a truck & were taken along with a couple of monks to Mae Taeng! The poles were sticking out three times the length of the truck.

It’s quite a spectacle, with lots of cheering, people holding ‘books’ on who will get what points & of course plenty of drink & staggering drunk men.

The actual launches are a real performance. Rocket ignition walked out & fitted by one guy, the pole taken by another. Then the assembled rocket is winched up the tower & 2 guys (who are surely deaf by now) rig the launch at the top.

Laid at a slight angle & held by the bracket at the top of the rocket, aligned perfectly to the owners calls from below & then the 2 guys up top light the fuse & get smoked out & blasted, especially when one or two explode / misfire on launch.

Up they go & the crowd jeers until the smoking stops & then there are tickets waved at each other and some collect their bets from the book keeper.

What goes up must come down & with a keen eye you can just about see the expired rocket pole fall to earth over what must be the reservoir area to the east.

Here are a couple of the 24 launches.

I didn’t envy the judges but somehow they made the right decisions on the 24 rockets launched. The guy who came 3rd, also came 1st !

This guys rockets were the ones given the ice treatment just prior to launch.

Not quite sure of the judging criteria but the figure of 170 – 180 wasn’t the result of any technical measurement. It’s either:

Maybe there is another !!

Glad you got out to the event Ally.
Love this pic. 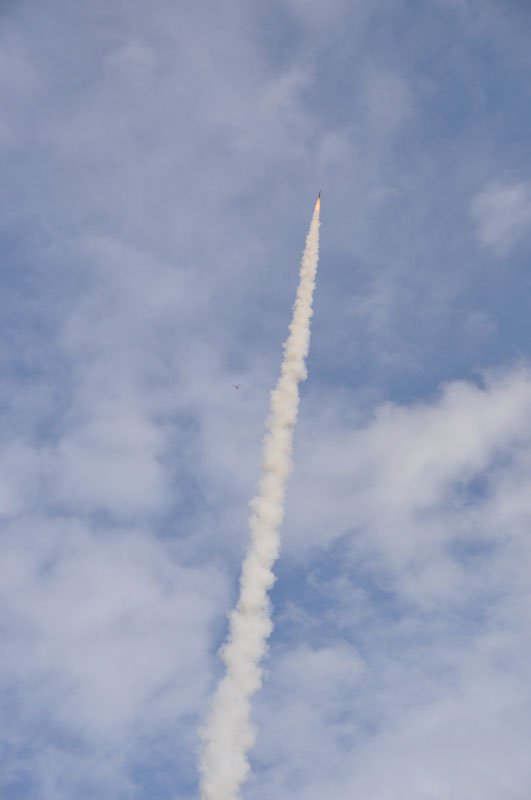 I ve missed this every year.... great photos

Ha Ha ! there are a few more pics like that one here

Rocket Competition ? Sankamphaeng » Ally in Chiang Mai on a bike

My kind of event but sadly I am never in Thailand at this time of the year, it looked fun though Ally

I believe the rockets are timed from lift off to touch down and the one that stays up the longest wins....which would explain why someone with multiple rockets could get 1st and 3rd. 17.0 and 180 may well be seconds?

Loop said:
I believe the rockets are timed from lift off to touch down and the one that stays up the longest wins....which would explain why someone with multiple rockets could get 1st and 3rd. 17.0 and 180 may well be seconds?
Click to expand...

Hi there Loop, I really do hope that's the answer. That would be nice to think, wanting it to be fair & everything even for all parties.

The doubt I have is that neither point is visible by either ends, neither end can see the launch / landing spot because of tree lines, 180 seconds is 3minutes & if your lucky you can see the exhausted pole float back down after about 1 minute.

There were no stop watches, merely a good old 3 man judging panel

The scoreboard showing the results has a word at the top of the column which translates to "Points" and when each result was announced it followed a bit of head scratching by the 3.

I really do recommend going along for the fun, I really don't care how they score it, everyone looked like they had a good time & loads of money changed hands

I`m keen to go along but these events have a poor safety record,maybe keep the helmet on 555

I have heard the same as Lew.. Its a crude measure of height / altitude gained in time from ground to ground..

But I also heard that if it spirals it gets less points ?? So perhaps theres a judging criteria in that ??

Best you guys get yourselves along to one sharpish

Keep meaning to get over to the yasithorn one.. Life just keeps getting in the way.

Proper monsters they launch there !!

Makes you wonder after seeing the size and make up of these things that they have to come down somewhere and how they were bragging about not having an accident!! seems they may be common?....oh wait, he did say they consulted the local gods to make sure there was no accidents so not up to him to do any more....phew!!

These things do not always go as planned as Loop mentioned also - in Kalasin this weekend a 500 kg rocket went up but malfunctioned and fell back to earth where it exploded in the middle of the onlookers - 2 dead and several injured. Whole story here: Rocket dives into crowd at Kalasin rocket festival | Bangkok Post: breakingnews

The worst bang fai accident seems to have happened in 1999:
"While popular and entertaining, the festival is also dangerous, with participants and spectators alike occasionally being injured or even killed. On May 10, 1999, a Lan 120 kg rocket exploded 50 meters above ground, just two seconds after launch, killing five persons and wounding 11."

Lone Rider said:
These things do not always go as planned as Loop mentioned also - in Kalasin this weekend a 500 kg rocket went up but malfunctioned and fell back to earth where it exploded in the middle of the onlookers - 2 dead and several injured. Whole story here: Rocket dives into crowd at Kalasin rocket festival | Bangkok Post: breakingnews
Click to expand...

500Kg, shit thats half a ton of rocket landing on your head, nasty.

You are correct ... the Yasothon festival seems to be where the monsters are launched. Much safer here, with Health & Safety at the forefront of the organisation ....

This is about the size used here .. & they were smoking just out of the shot. 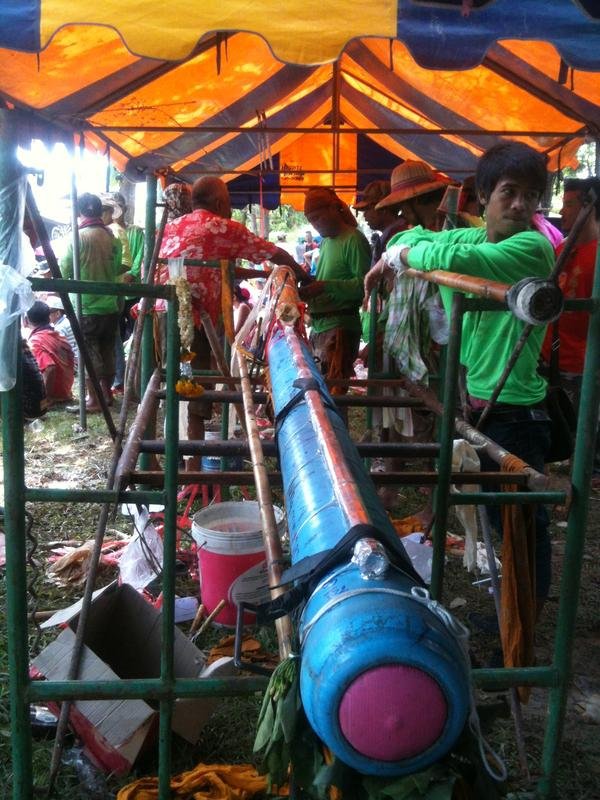 For some reason, they insist on smearing mud on you - UV protection, I assume. 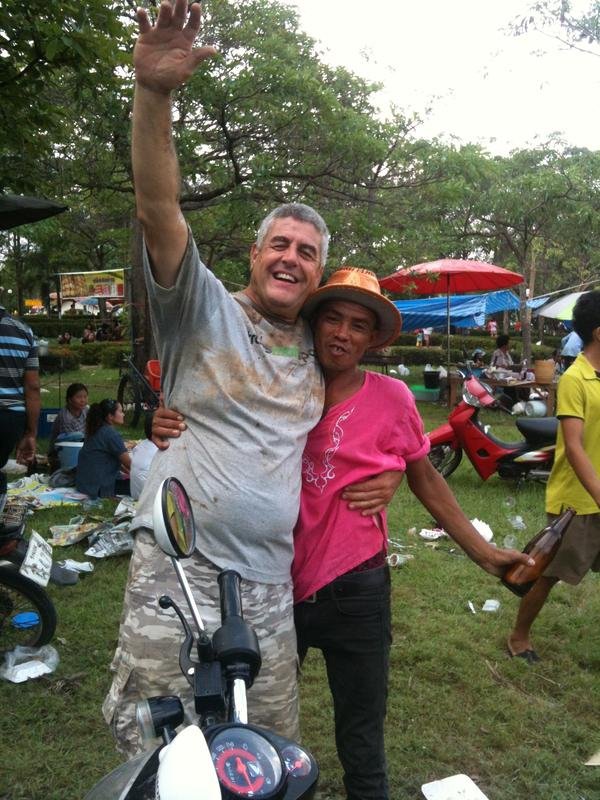 Of course, alchohol is strictly banned. 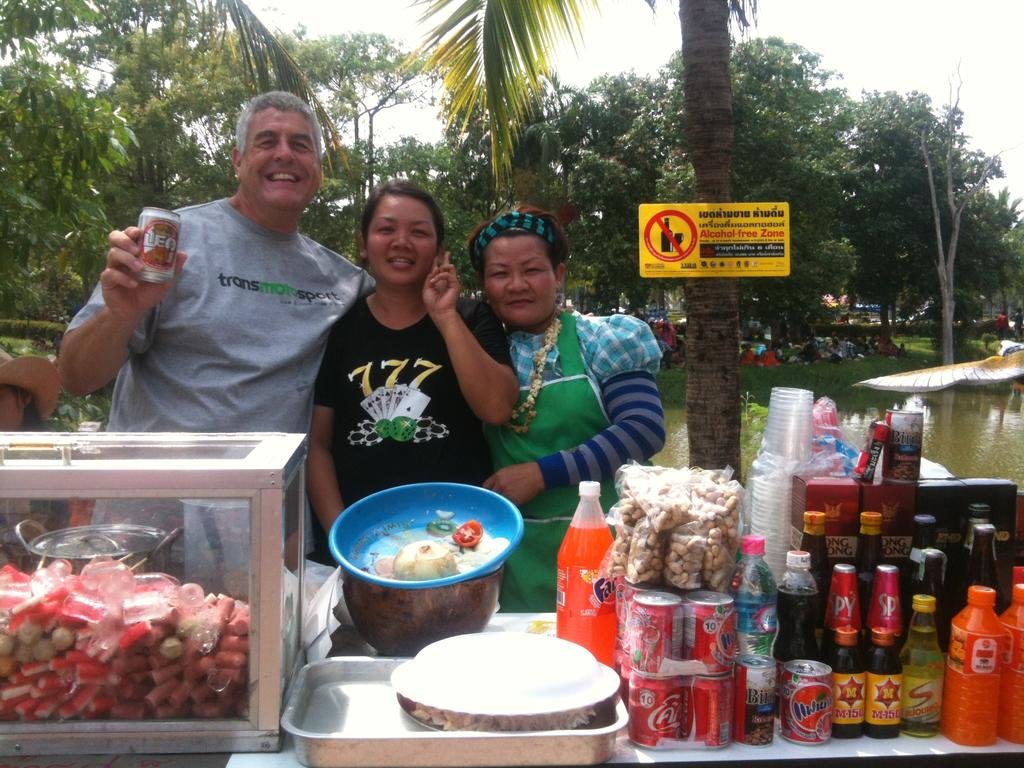 Harnesses & hard harts all round. 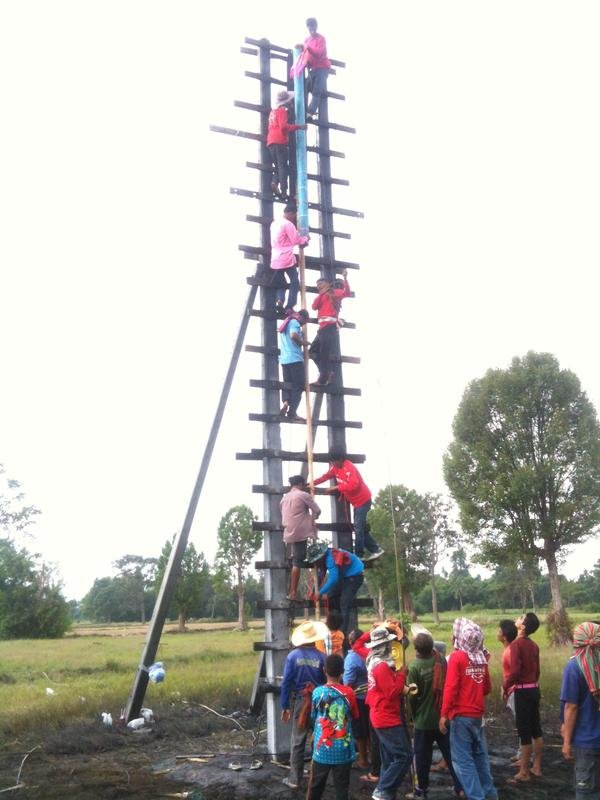 Yeah, that is a classic with regard to safety - at least they had sturdy poles instead of some bamboo poles lashed together. Just a question - how did they light the rocket?

Every year at the end of June, early July, Sankampheang have a party over 2 days - warm up & tests on Saturday & the real competition Sunday.

Did some research and found the YouTube video. Looks like it’s something to do with the Thai space program. Probably completely unrelated to the rocket competition but still cool. 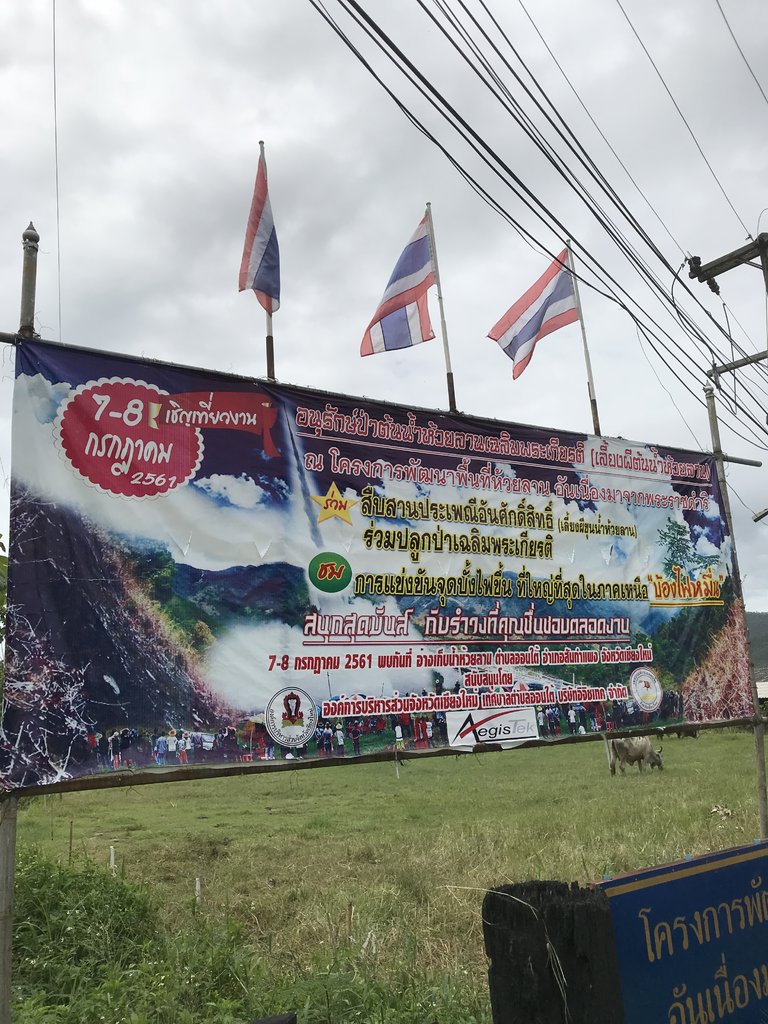