I wasn't aware the police could confiscate your license, however, according to this article soon they won't be able too. 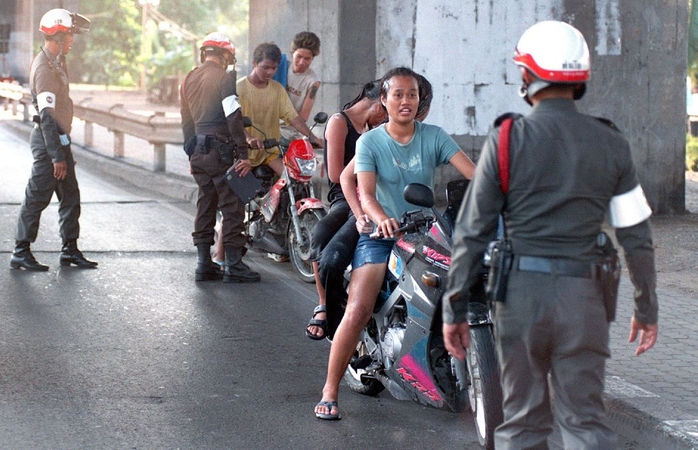 Starting from September 20, motorists and motorcyclists across the country will no longer face having their driver’s licences confiscated by police when being issued tickets at checkpoints or during pull-overs, under a new regulation.


Motorists will also be able to choose the option of producing their electronic licences as shown in phone applications, or a temporary permit issued by the Land Transportation Department (LTD), rather than have to produce a driver’s licence.


Traffic policemen will no longer be allowed to seize the paper licences. They will be limited to recording their warning given to a motorist and processing the records for the traffic police headquarters and the LTD office.


Deputy police spokesperson Pol Colonel Krissana Phatthanacharoen said that those motorists cautioned for violating traffic laws would, however, have to promptly pay the fines at the police stations, or they would face a five-fold increase in the penalties within a time frame.

And starting from December 19, violators would face deductions of points, which would lead to severe penalties or even suspension of their licences. This is a new idea for dealing with repeat or bad drivers with sufficient income to not mind paying expensive fines.


The office also commented on a demand submitted to the prime minister by an advocacy group asking for postponement of the new measures. The changes should have been put in place a long time ago, retorted the officer.


Krissana also echoed a call from police chief Jakthip Chaijinda, in which he asked motorists to film traffic police who abused their power or who tried to demand bribes at checkpoints or during pull-overs.
You must log in or register to reply here.
Share:
Facebook Twitter Reddit Pinterest Tumblr WhatsApp Email Link
Top Bottom