It had been around 14 years since I visited Thailand’s northern provinces and with flights being so cheap I jumped on a plane to Chiang Mai.

Thailand’s second biggest city looks like a sprawling mess from the air, no Bangkok high-rises here though and it definitely feels more laid back on the ground despite the traffic. I had no idea where I was going or staying so climbed into on a songtaew at the airport, got off in town, and wandered into a place called the Travellers Inn in Soi Loi Kroh. A room for under 500 baht with a/c, hot water, tv, and fridge sounded good to me!

This was definitely the tourist soi, every third shop offers massage; the other two are either bars or restaurants! After a night of chewing the fat and sinking a few cold ones with the local expats it was time to continue the journey. Chiang Mai is a city for shoppers, but city it is and my real reason for coming up here was to get on two wheels and explore the hills. This is touring country so big bike rental places are everywhere here; I didn’t want a rocket ship so opted for a Honda CRF Motard which cost 700 baht per day to rent from Pop Rentals.

My destination was Pai, around 150 kilometers and 762 corners away in the highlands of Mae Hong Son province. The ride was fantastic; the 1095 is one of the most picturesque roads in Thailand with every corner yielding a new vista over green carpeted valleys. What should have taken 2-3 hours took me considerably longer as the urge to get off the bike and take another photo came frequently. Quaint little coffee shops, ramshackle villages, gravity defying hairpins, and more twists and turns than a snake made up pretty much most of the route.

Pai itself is a small town nestled on a river in a postcard perfect valley. It has been labeled the khao san road of the north and has all the feel and ambiance of a laid back beach town … without the beach. Again, not having a plan I rode into the center and headed for the river to find a bed for the night. This is backpacker territory so cheap rooms far outnumber the swanky resorts found in Hua Hin, Samui and Phuket - 300 baht had me a bed for the night. 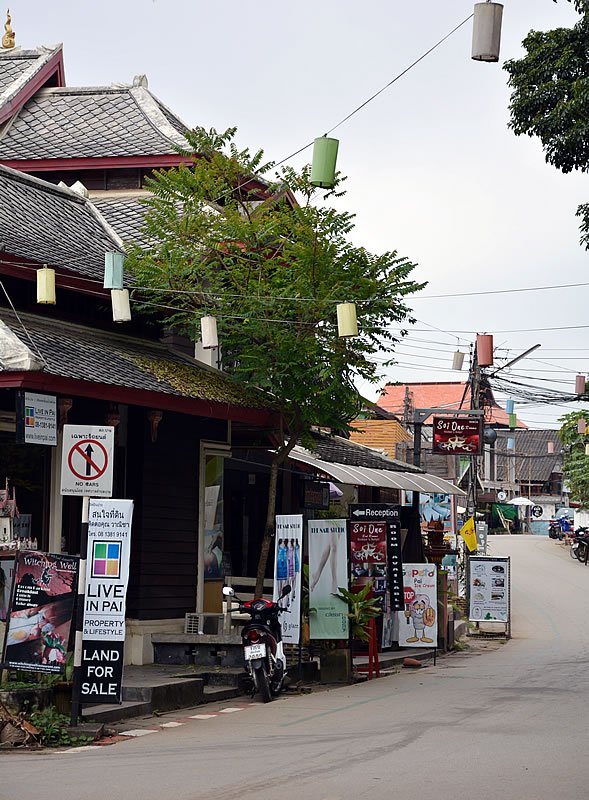 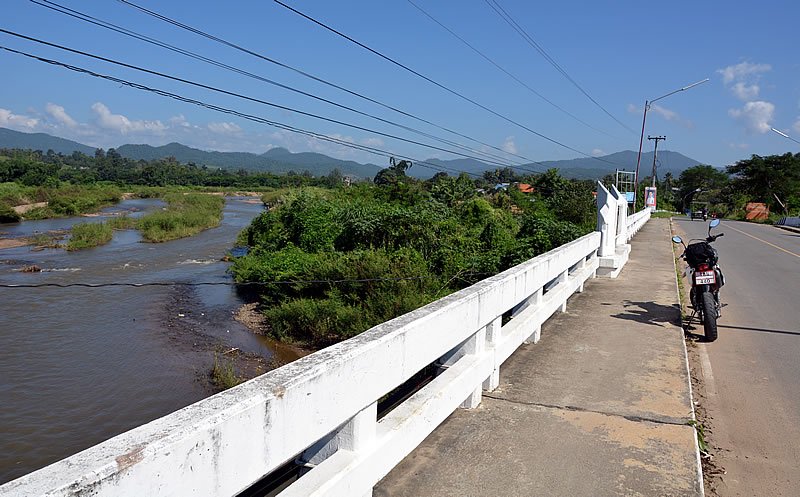 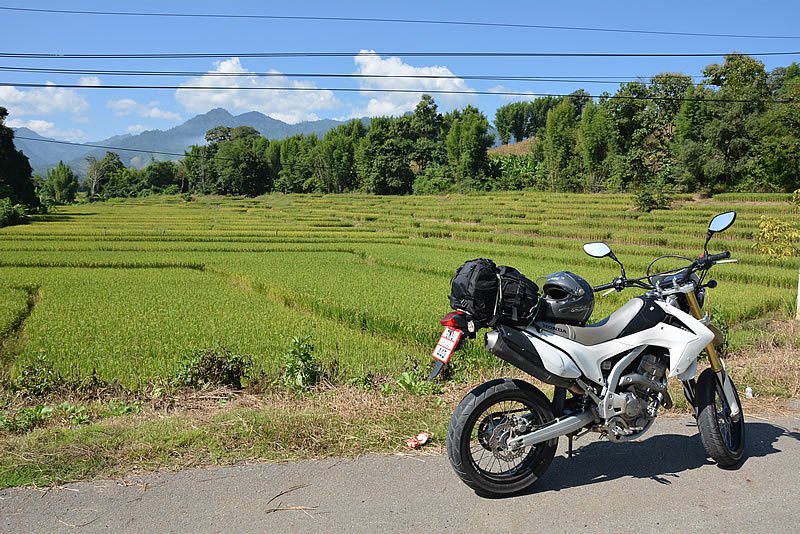 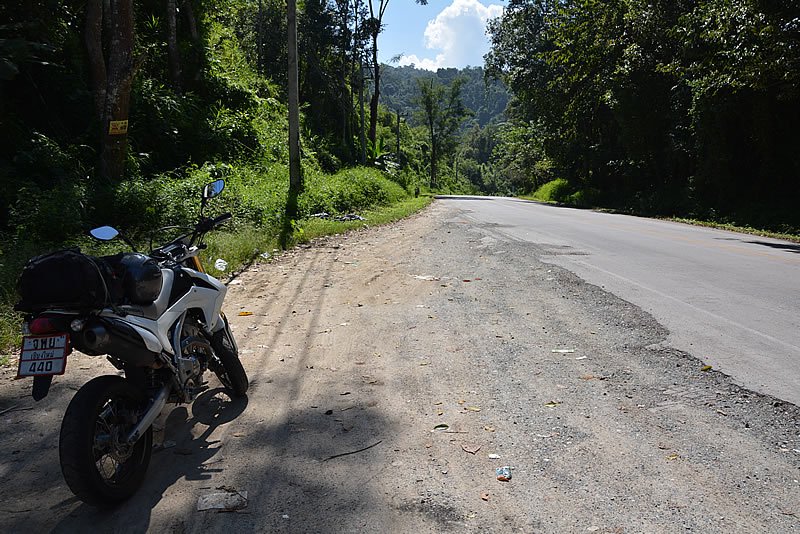 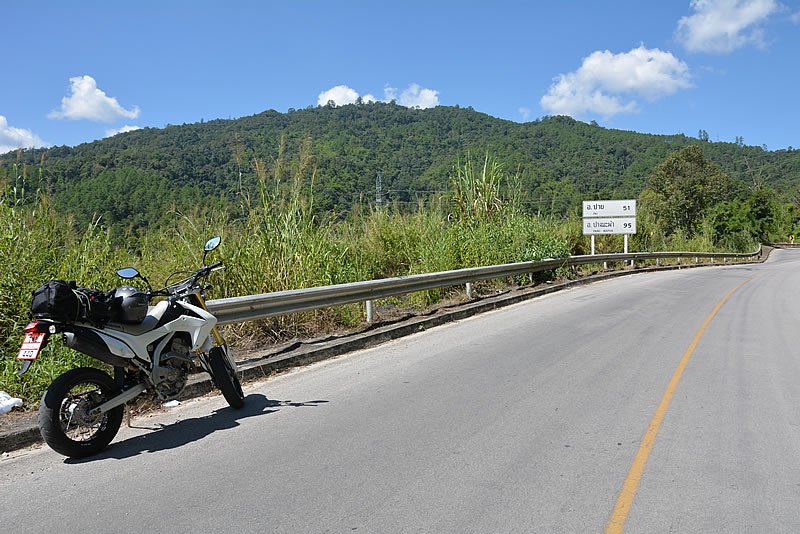 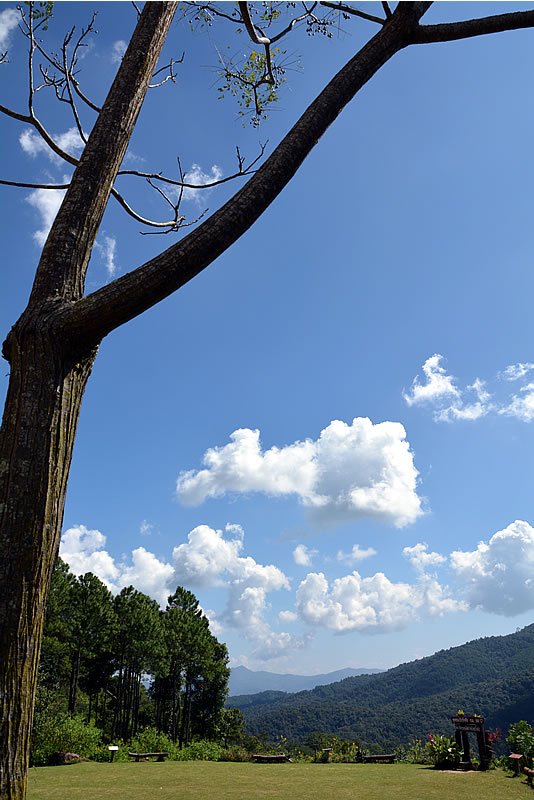 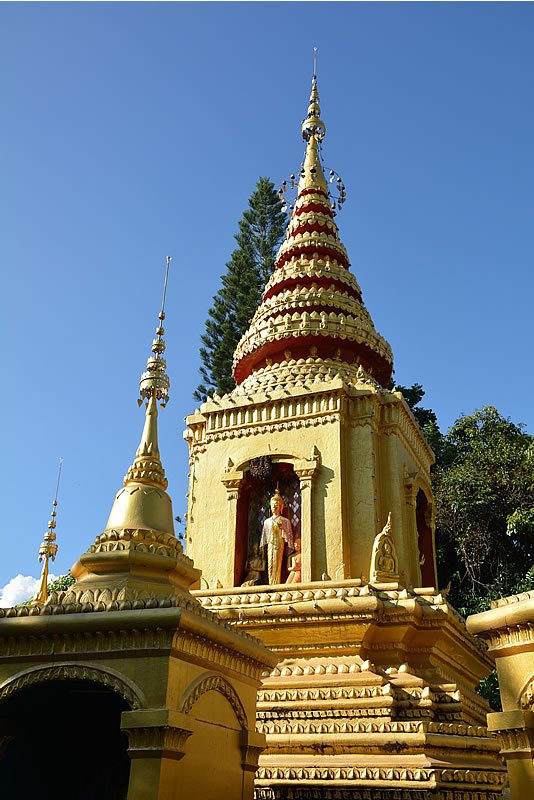 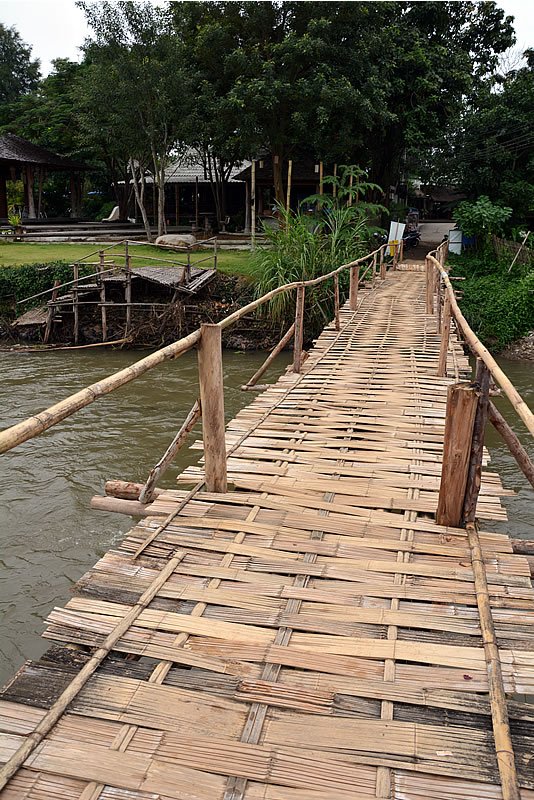 Thanks for your report good to see your trip from a different perspective after not riding the area for such a long period...keep um coming.

The walking streets of Pai are lined with t-shirt vendors, souvenir shops, restaurants and funky little bars. It is a bit of a hippy retreat so there were also a range of ‘herbal’ commodities, natural healing, Reike courses, tattoos, river rafting, trekking activities and the like. After a day I’d had my fill of Chinese tourists and the dreadlock and banana pancake crowd (I aint 25 anymore) so saddled up and headed north for the hills in search of a friend who lived up this way and a bit of serenity.

Once you get out of town you can start to appreciate Pai – the place is stunning. Epic viewpoints, rolling hills, sparkling streams, lush fields, and quaint villages greet you on every road where each new turn is another photo opportunity. My home for the next few days would be a wooden house perched halfway up the valley which yielded spectacular views across it.

The shock of the trip came the next morning, the temperature had plummeted and a thick fog shrouded the valley like a sinister spirit sent to steal the marvelous view I had the previous day. It is the coldest I have been since I left the west over 16 years ago. By mid-morning the sun had asserted its authority banishing the chilly mist and restoring the panorama to its full glory.

Pai doesn’t really feel like Thailand, the people are closer to Laos and Burma in ethnicity, and the landscape is far from tropical. I spent a few days visiting Chinese temples, villages perched almost vertically on the hillside, strawberry farms and waterfalls. 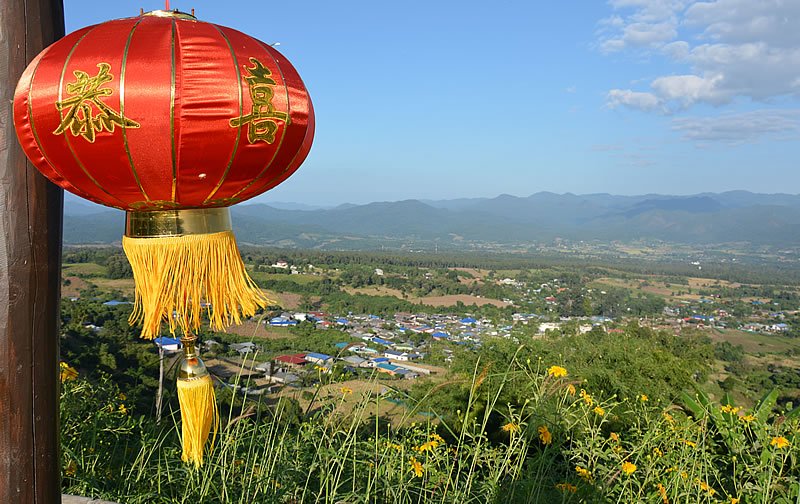 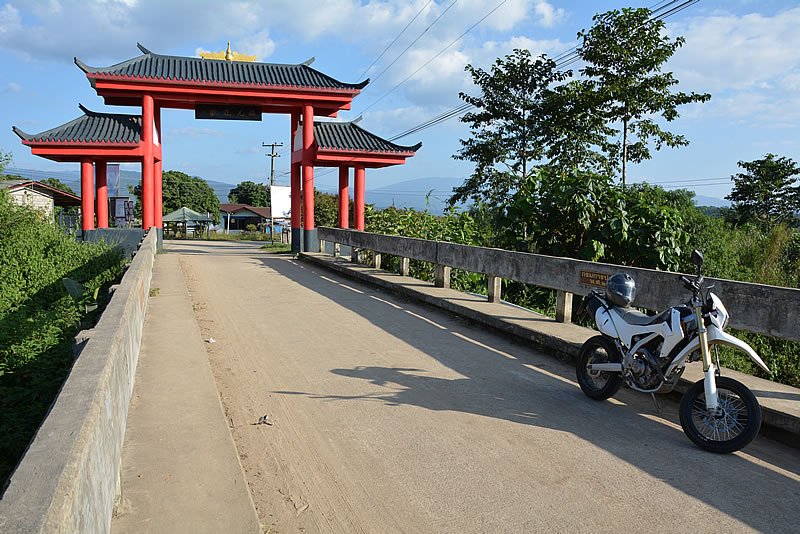 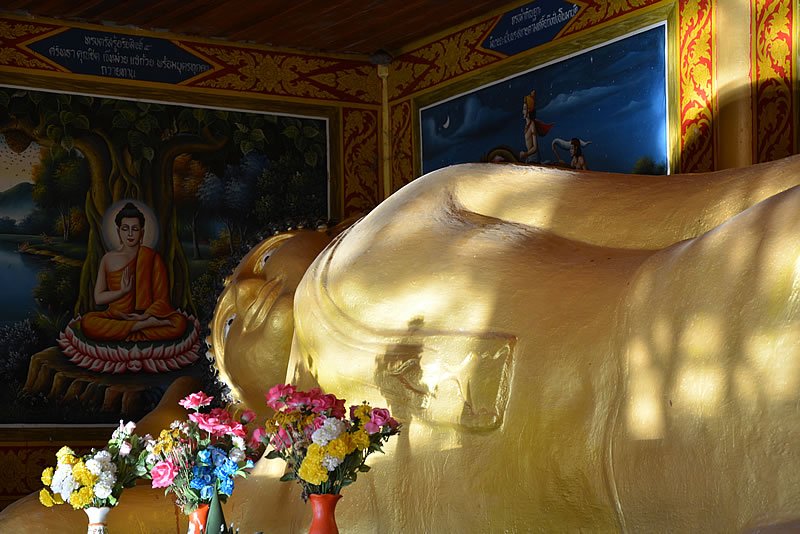 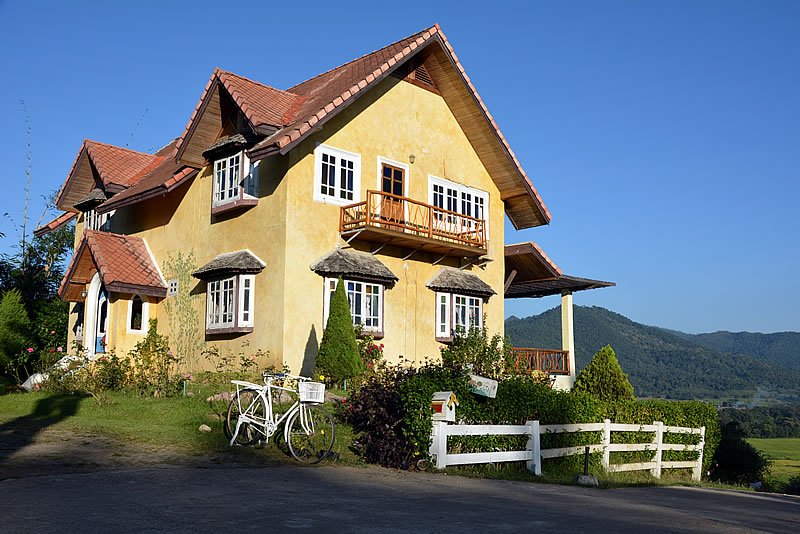 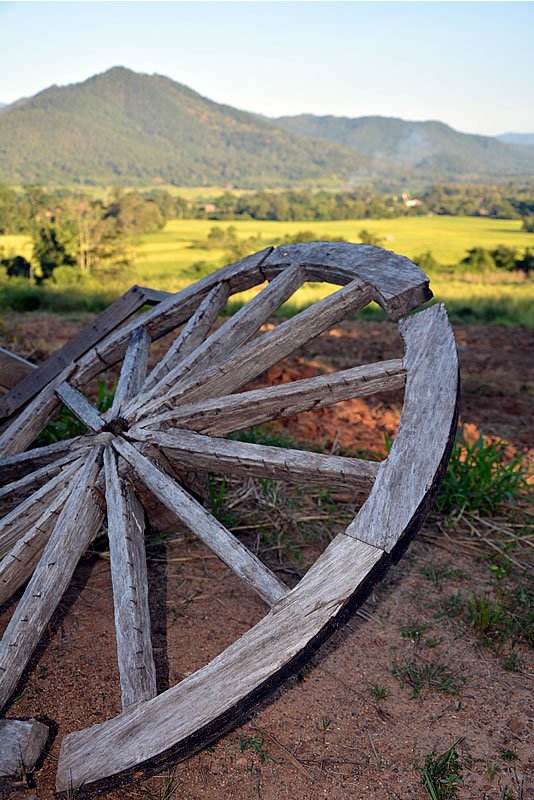 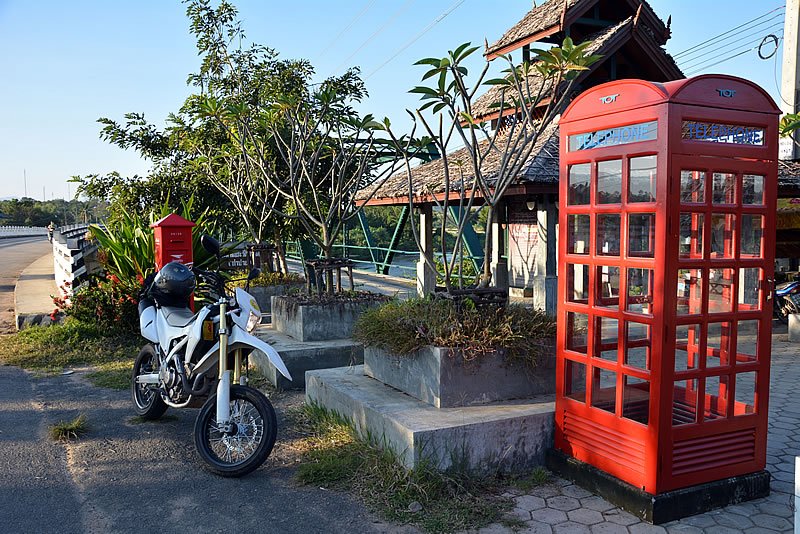 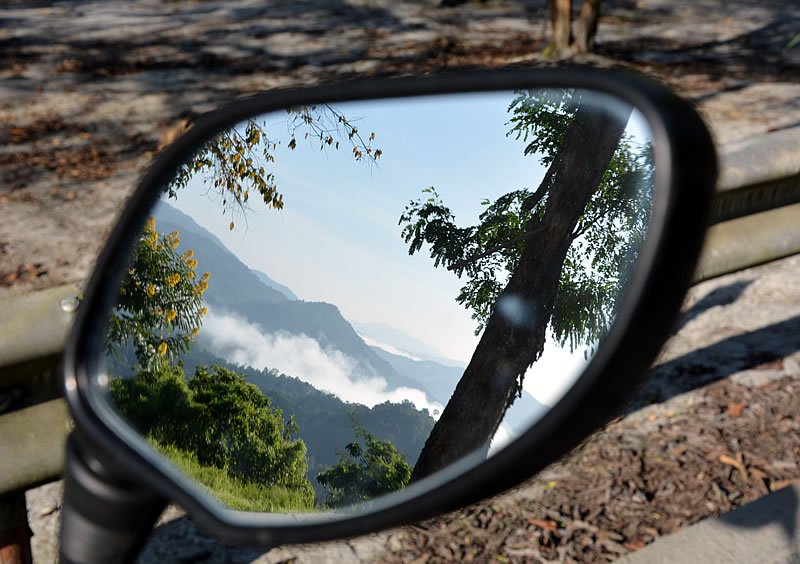 Full photo gallery can be found on the blog: On The Road Asia : Riding from Chiang Mai to Pai, Thailand

Thanks for share. I think I will experience this pretty soon.... :jump
V

Thanks for the photo journey, buksida. I've got almost identical pictures from the last few years, but on days not as clear as yours. The ride gets even nicer after you leave Pai on the way to Mae Hong Son. It cuts out at least 2/3 of the traffic. I have a new lady friend who currently lives in Pai and she wants me to visit her. It won't take much of an excuse to go up there again.

I'm already planning the next trip up, think I will ride via Kanchanaburi, Umphang, Mae Sot and up to MHS in Feb or March ...

buksida said:
I'm already planning the next trip up, think I will ride via Kanchanaburi, Umphang, Mae Sot and up to MHS in Feb or March ...
Click to expand...

That is awesome country to ride, buksida, and very little traffic once you hit the mountains.

Just watch out for elephants...

And missing portions of the road...