KTM is thrusting forth in the realm of motorcycle rider assist technology with a demonstration of blind spot warnings and adaptive cruise control. Both systems are already common in the car world, now it seems they're on their way to bikes, a pair of radar-powered cherries on top of the already enormous electronics suite on the standard 1290 Super Adventure S. 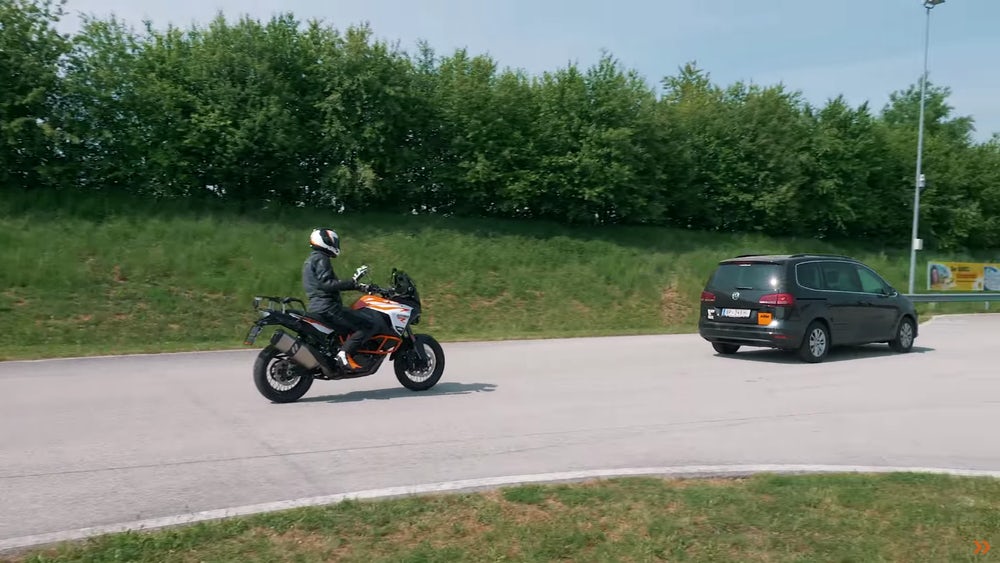 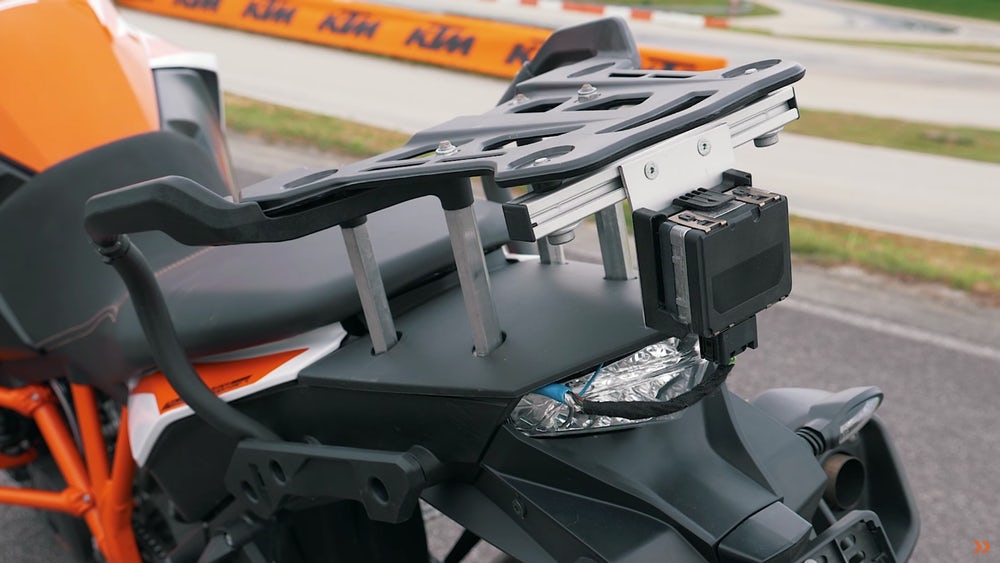 In a small-group media demonstration at the ÖAMTC driving technique centre in Marchtrenk, Austria, a KTM test rider with nerves of steel lifted his right hand and foot off the controls of a hulking adventure bike and let a prototype adaptive cruise control system take over the throttle and brakes. It wasn't just any test rider, though, it was Gerald Matschi himself, Vice President of KTM's R&D division. 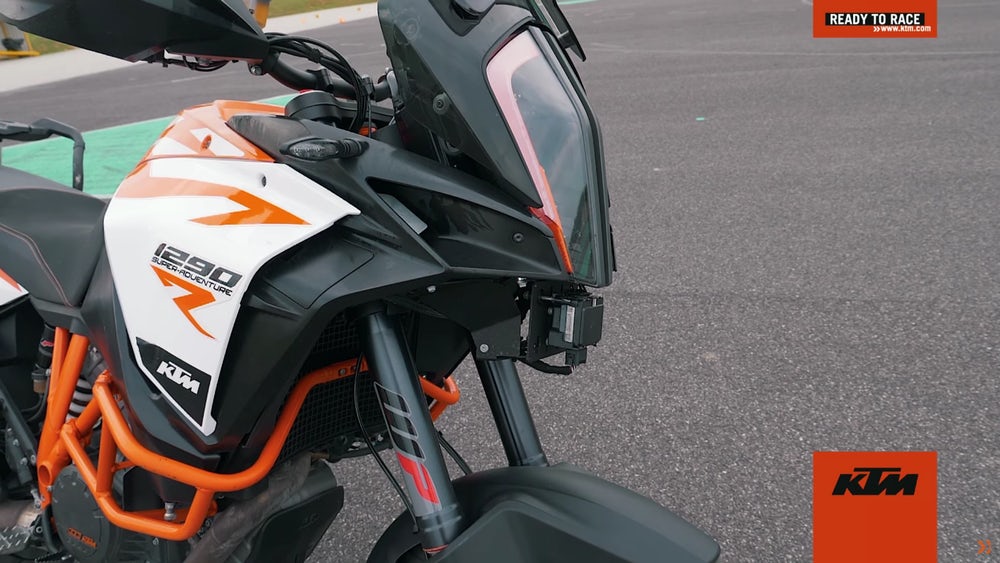 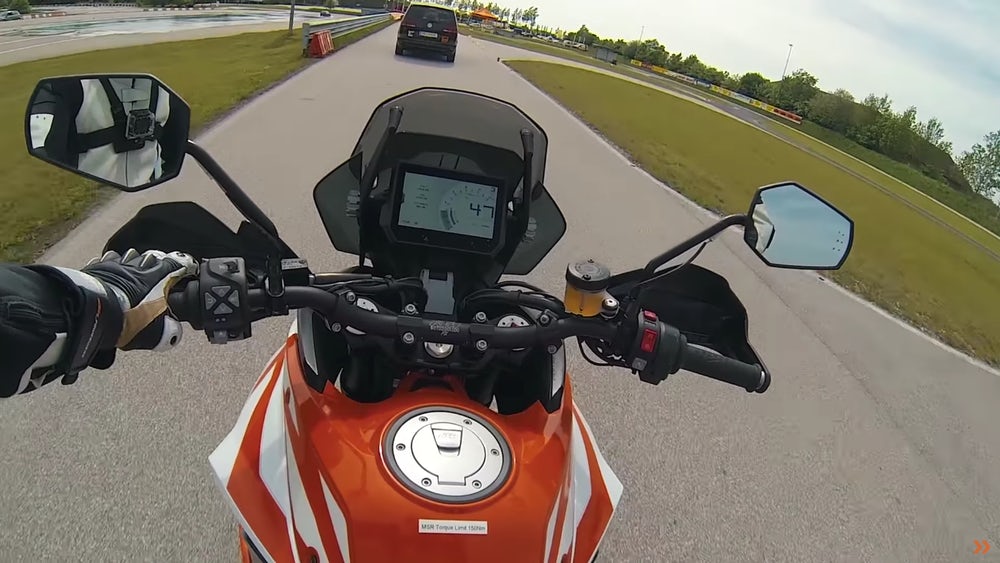 The system works much as the car versions do; you pick a target speed as well as a comfortable distance you're willing to sit behind the car in front, and the bike uses a radar sensor to monitor the traffic and manage speed.

And yes, it will use the brakes if it sees fit, although KTM promises this will only entail "a gentle application of the front brake" if necessary. There will be no automatic emergency braking to send dozy riders flying over the handlebars. Indeed, if only gentle braking is required, and the rider probably won't have both hands on the bars, maybe the team should consider using the rear brake instead, to eliminate fork dive and make things a bit more comfortable.

Currently, the system is very much a prototype, but it's already capable of working with vehicles the size of motorcycles and up. However, it will need literally millions of testing miles, both on the proving ground and in the much more random context of road riding before it's ready to go on a production bike. 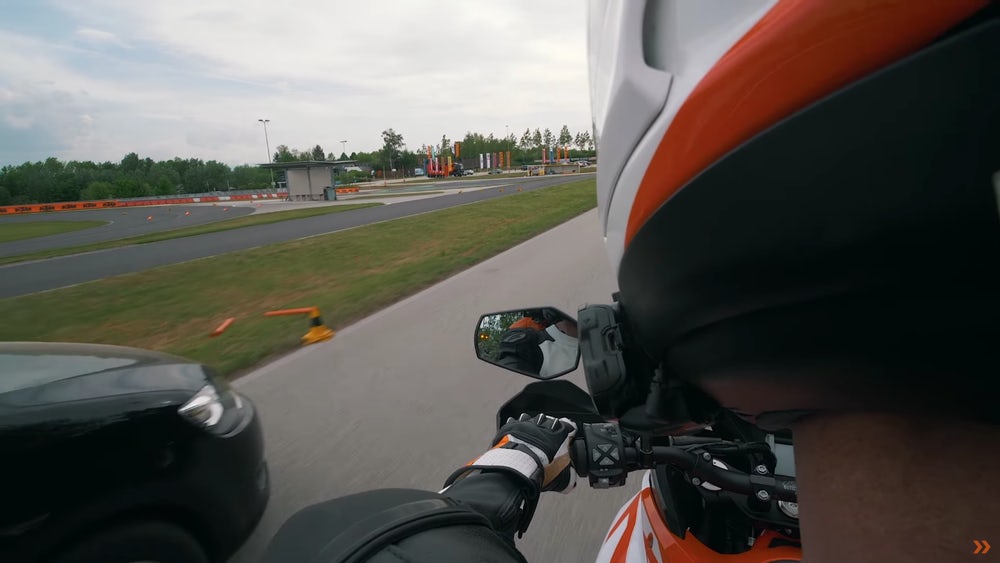 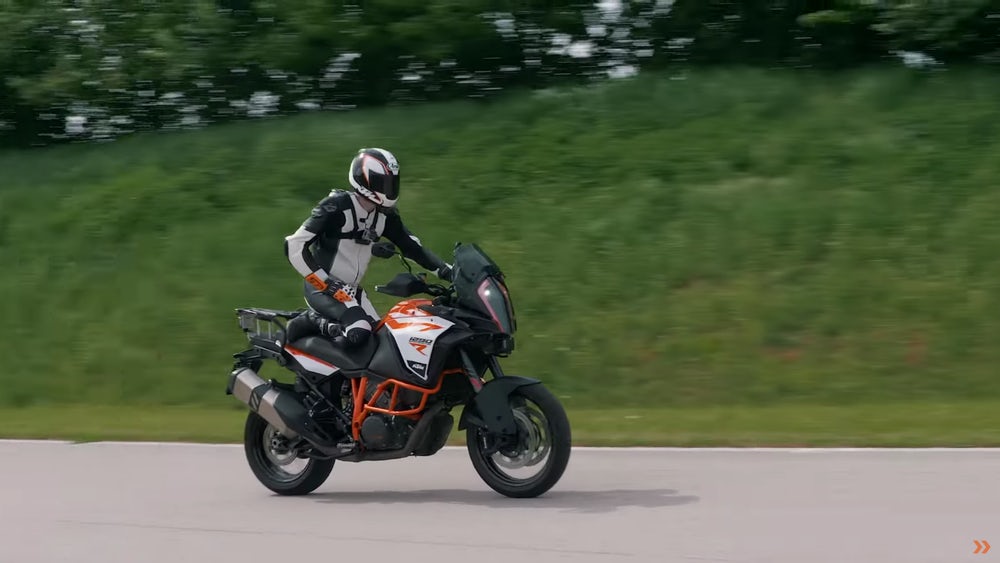 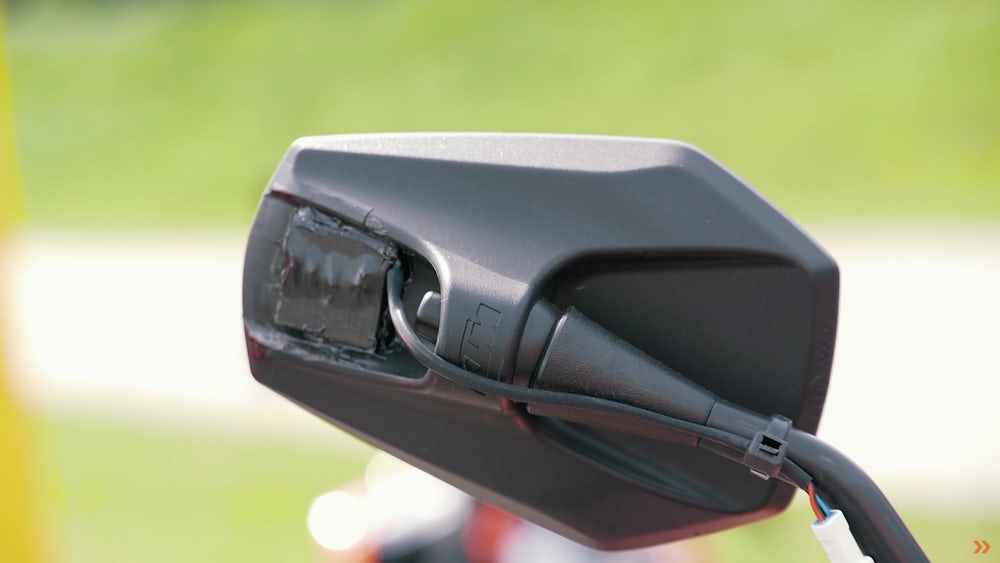 Rounding out the tech demo is a second prototype system for blind spot warnings – again, working just like they do in today's cars. Short-distance radars search for obstacles behind and to the rear of you, and if there's something there, super-bright LEDs pop up in the sides of the mirrors to warn you, along with an audible alert.

KTM says we should expect this gear to hit the market around 2021, which, to be cheeky, is probably roughly when the likes of Ducati and BMW – and for all we know, companies like Continental and Bosch – will get their own similar systems out by. This kind of prototype demo is a neat way to keep KTM's rider assist tech in the headlines, and we're glad to get a glimpse at something in the development process.

Check out the demonstration of the technologies in the video below.

Next, we will have self-drive motorbike aids lol

Stick to making what you are good at KTM "MOTORBIKES"