Well since my left hand typing is coming along i thought i would post a few words to silence the faithful. 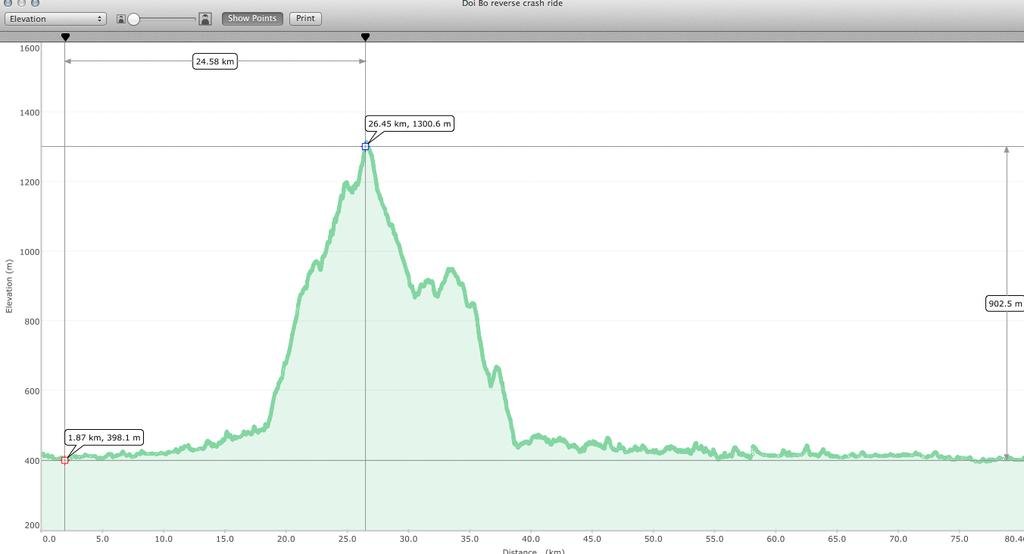 Myself Ronny and Chris embarked on one of our usual rides enjoying the awesome dirt tracks around Chiang Rai riding this time on the north side of the Kok river which is pretty much unknown territory for me but well explored by veterans Ronny and Chris. After meeting at the designated gas station we decided to attack Doi Bo, but from the opposite direction ( you may recall an earlier ride during which i managed to fell a tree with my KLX ) i was aware the climb up from this side was going to be pretty steep having descended previously and was confident my new sprocket set up would have me flying up the mountain in smart fashion. 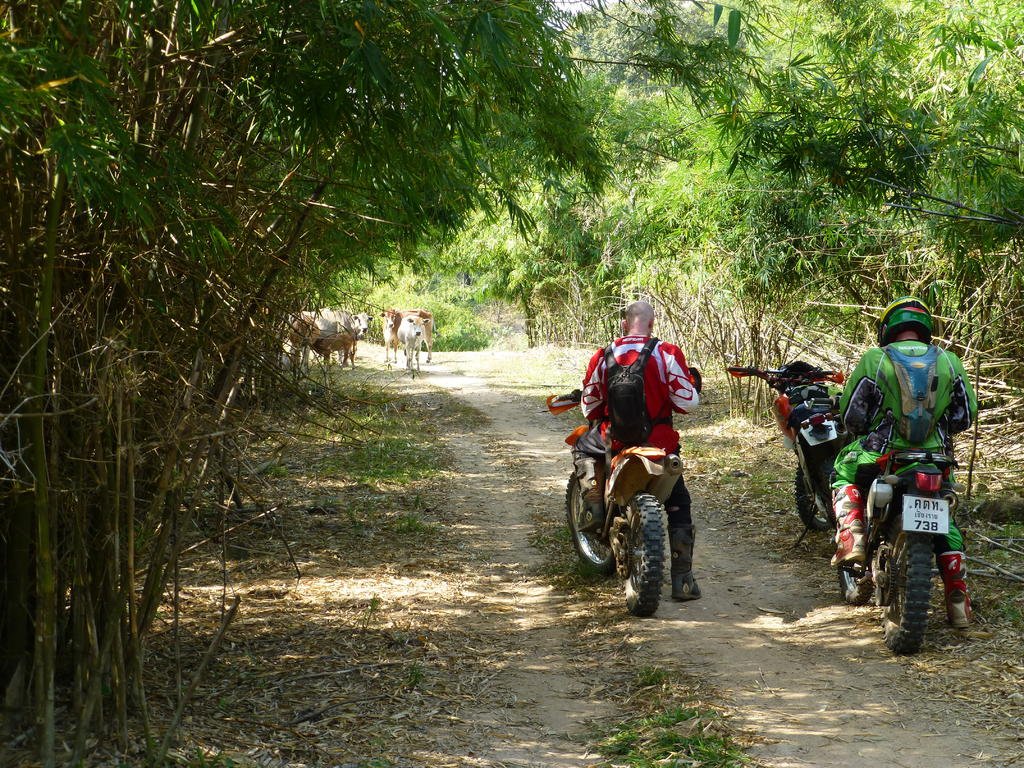 Sadly not, my bike was not playing ball and even in first gear was running out of rev's and power and left me stranded on two sections to be rescued by my riding buddies, during one such event i managed to stove in my side panel onto my cooling fan resulting in overheating the engine. After some makeshift repairs and a few cable ties i was off to eat my delicious 7 Eleven breakfast on top of Doi Bo whilst admiring the views, a few more rocky sections ahead and it was clear my bike was having a tantrum but we pressed on, well only for a wee while cause Ronny had a rear puncture 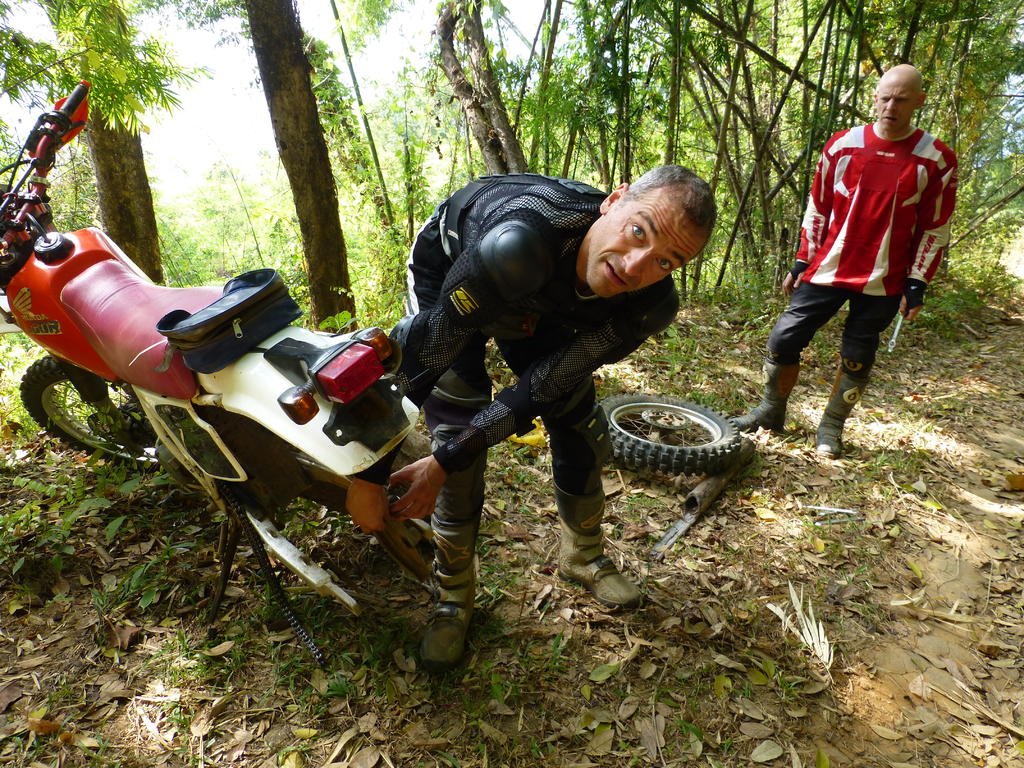 Undeterred out came the tool's and we hastily got on with task of changing the Tube and Ronny proudly displayed his replacement, complete with patches

i asked if it was OK and got his usual knowing smile and we congratulated ourselves on how quickly we has achieved the change. 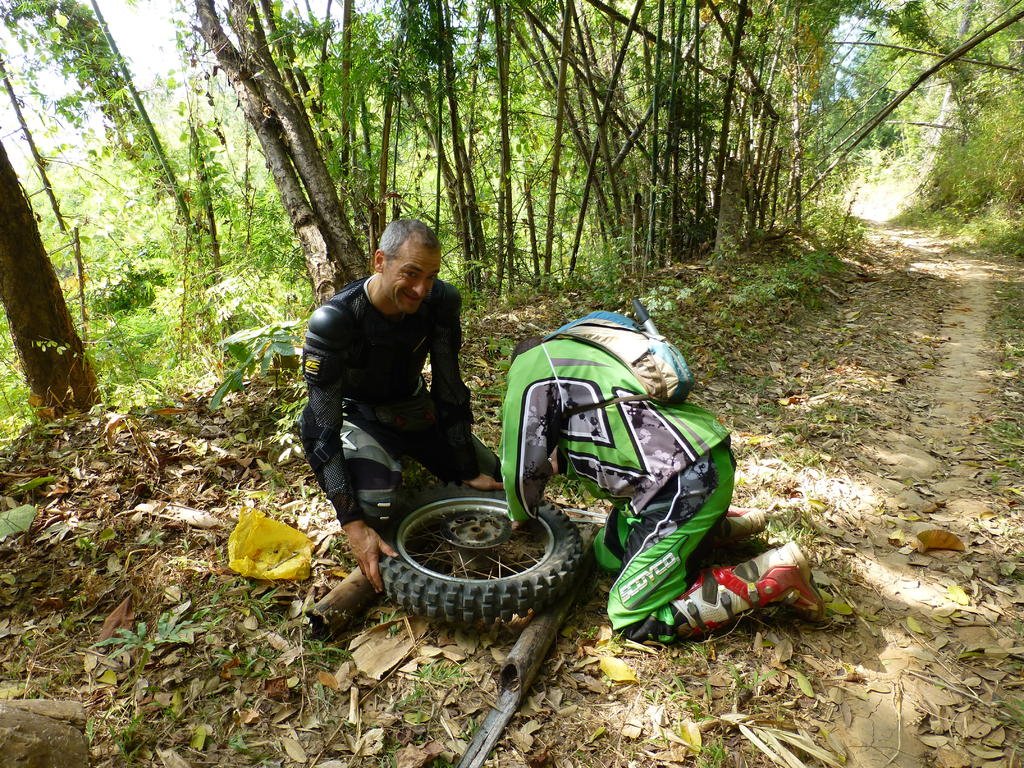 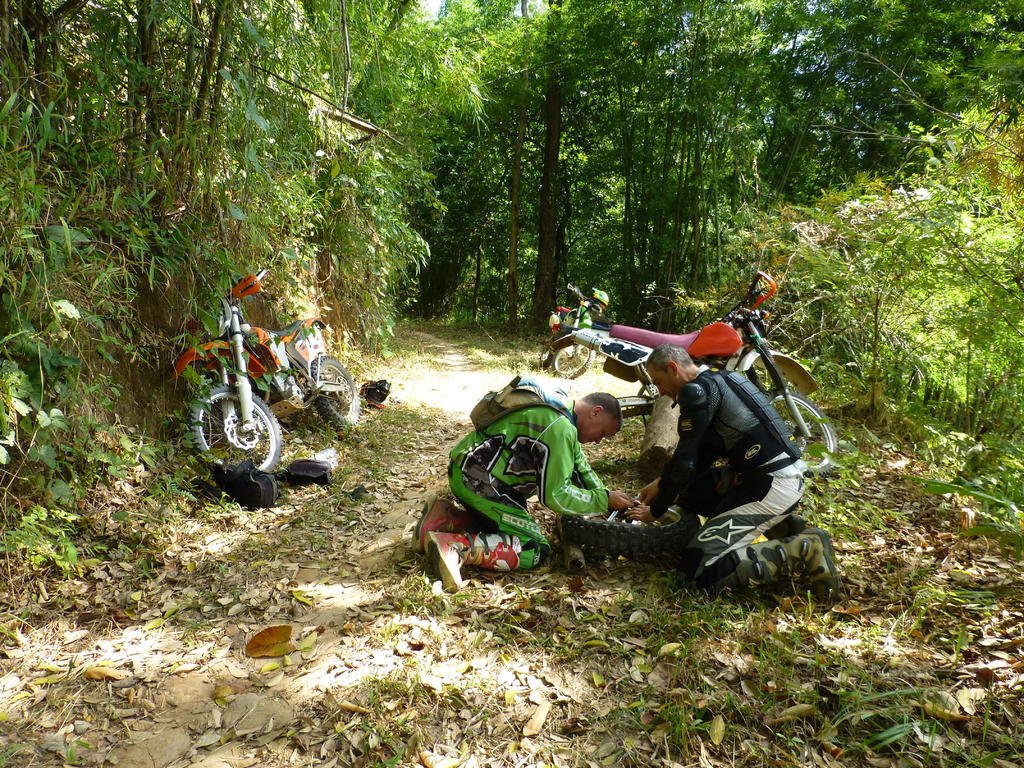 The congratulations were to be short lived, it was clear the patches had failed, but i was carrying spare (new) tubes, so like true adventure riders we sucked it up and now it was round two. 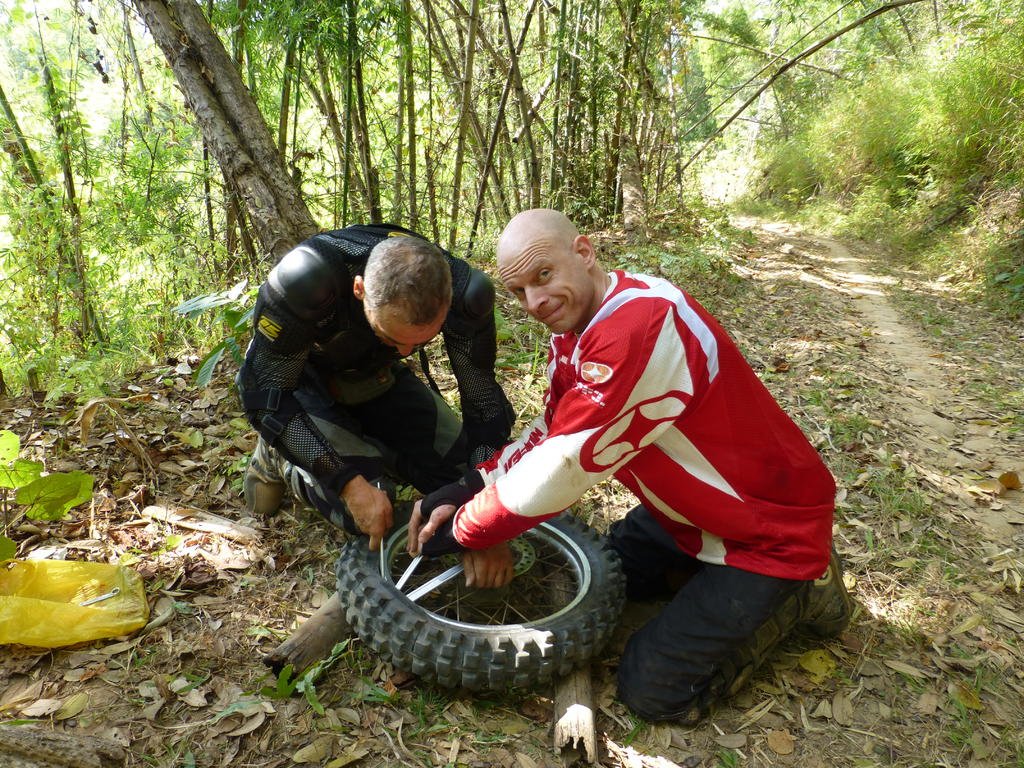 This time no problems other than getting the rear rotor and pads to seat correctly, and so off again only for Ronny's bike to have a tantrum and stall. 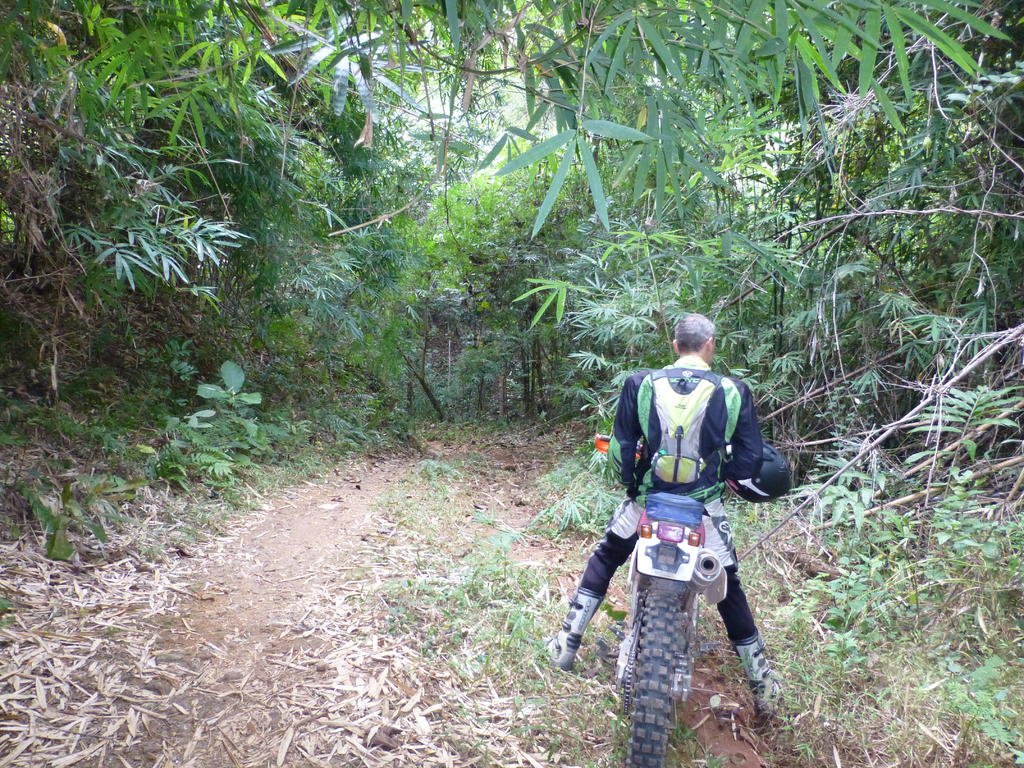 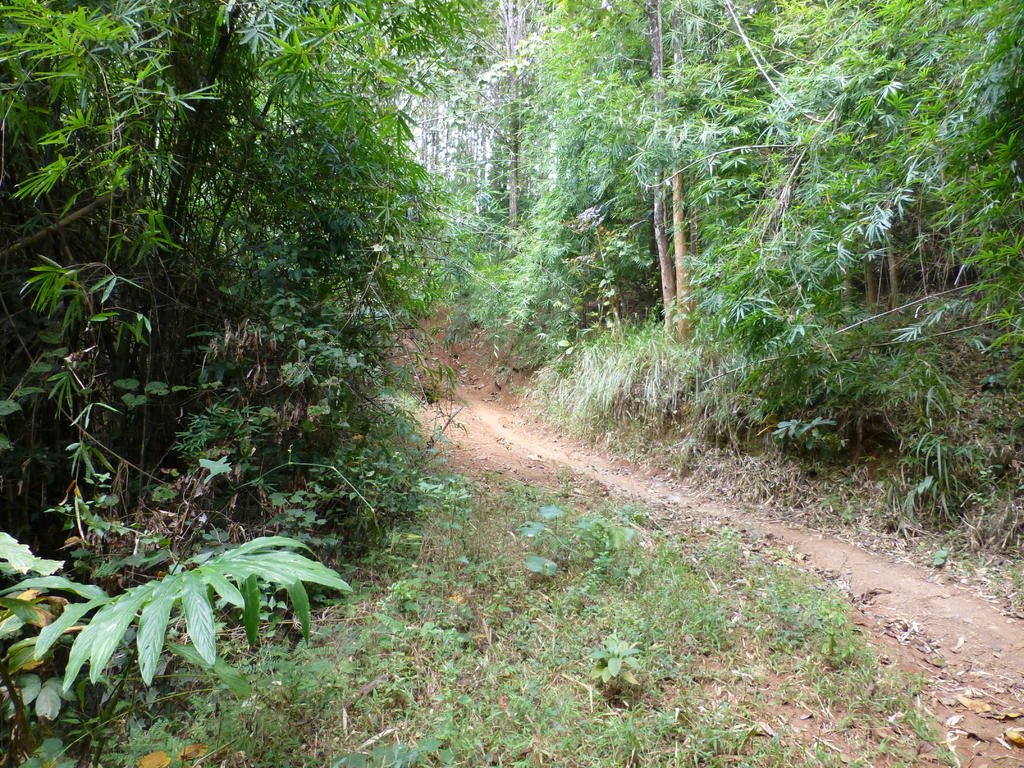 Shortly after we arrived in one of the local villages to fill up on coke and cake and ponder on the day's events thus far. 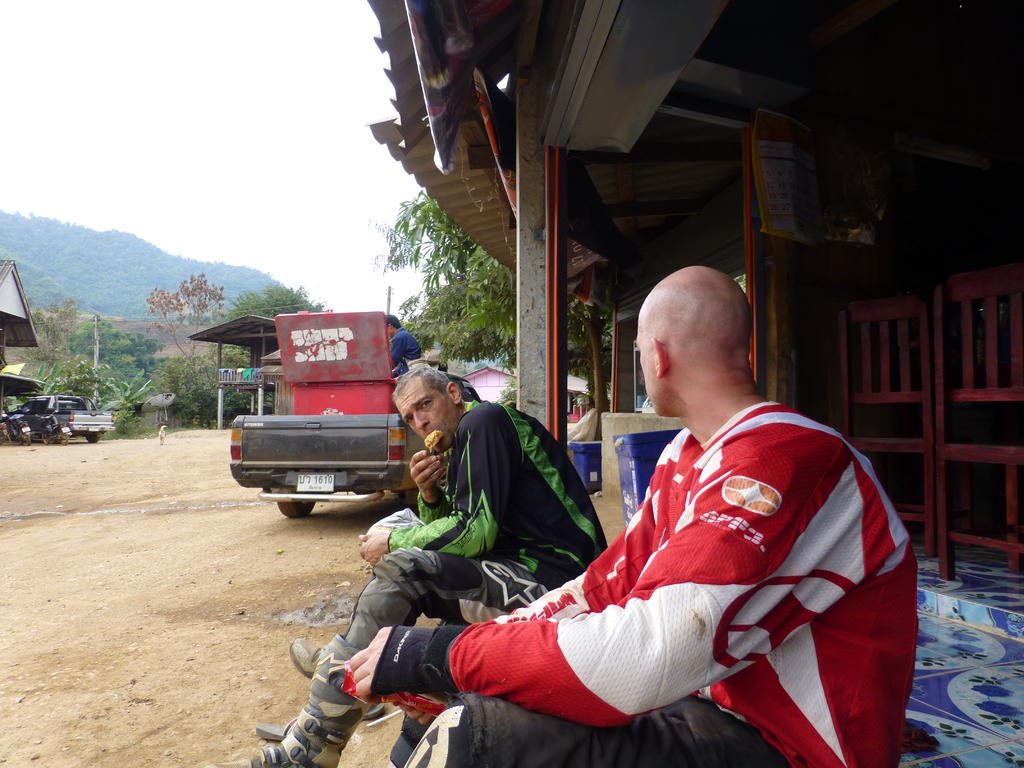 Since the day was passing by and i had a previous engagement, we decided to split and Ronny and Chris would continue on the trails (to yet more mechanical problems) and i would head home along the Kok river trail back home. Along the way i noticed a couple of 360's working on grading some of the trail on the other side of the river and considered crossing the swing bridge to check it out, but time was against me. 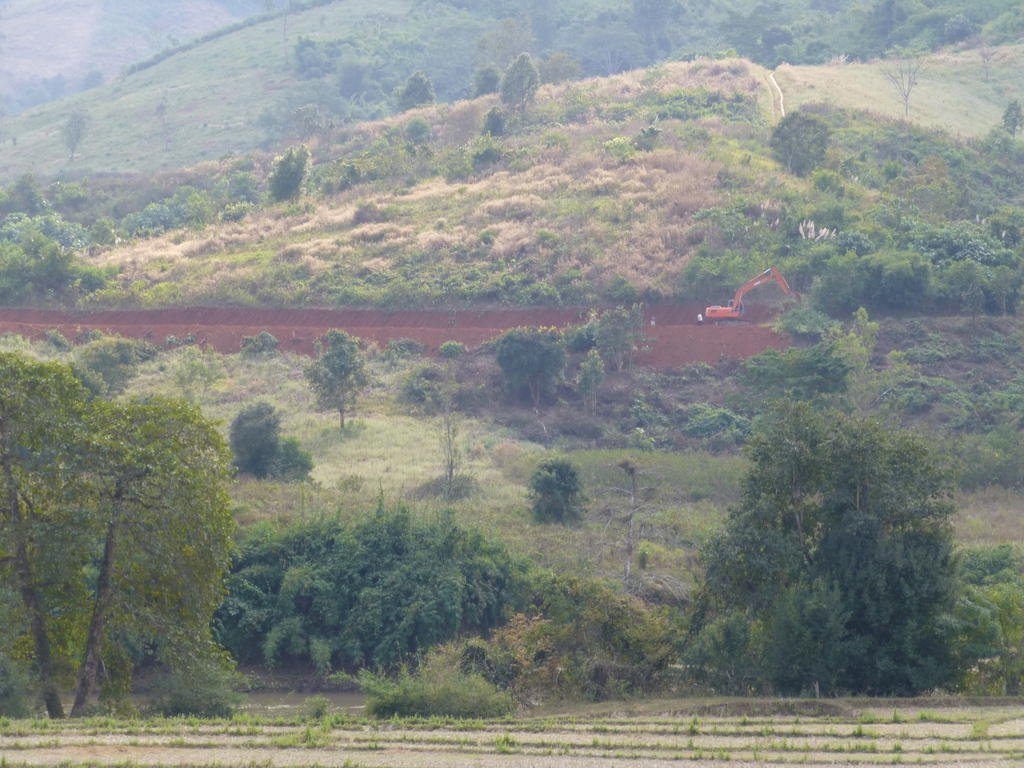 As i rode along i thought on what a crap day's riding we had and for once it was not Chris's KTM that was the problem, during one of these dreamy moments i discovered a couple of things, dirt bikes don't go round corners as fast as road bikes with 10 psi in the tyres and also tarmac is just as hard as it was when i last laid down on it some 30 or so years ago...As i dusted myself off and picked up the bike to see if it was Ok ( funny how we do that ) it was clear i had dislocated my wrist at the very least and cursed i was on my own, the next 25 K back to the house was not one of my best riding experiences the end of which resulting in this, the perfect end to the imperfect day.. 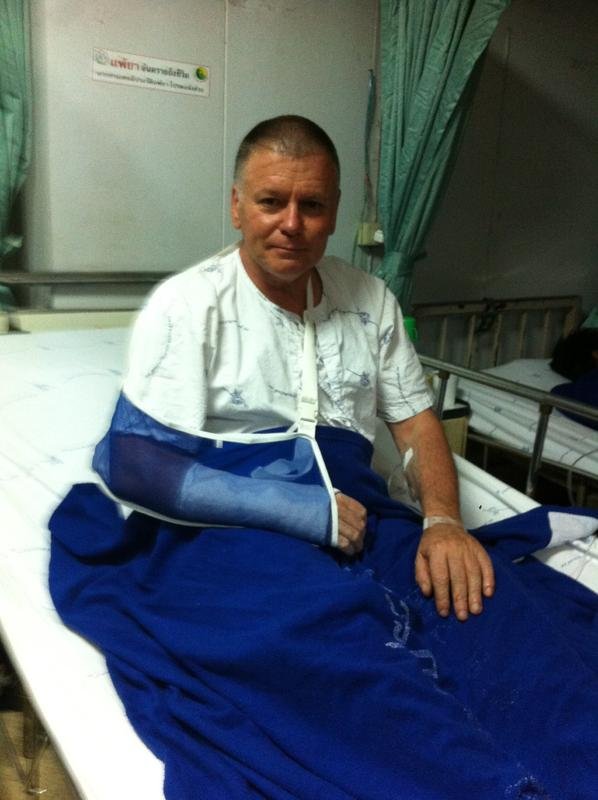 Teach you to go riding on that dangerous tarmac stuff, Bob. You should have come with me and Ronny - a far more enjoyable route back. You'll have to get yourself out for more exploring north of the river when you're repaired...
G

Bummer - and I thought I'd had an iffy day. Get well soon.

Best wishes Bob.
At least you'll be ambidextrous after all the healing.

Sorry to see this happened Bob & at the best riding time of the year. How long before it mends?

See what Ronny did a week or so later... 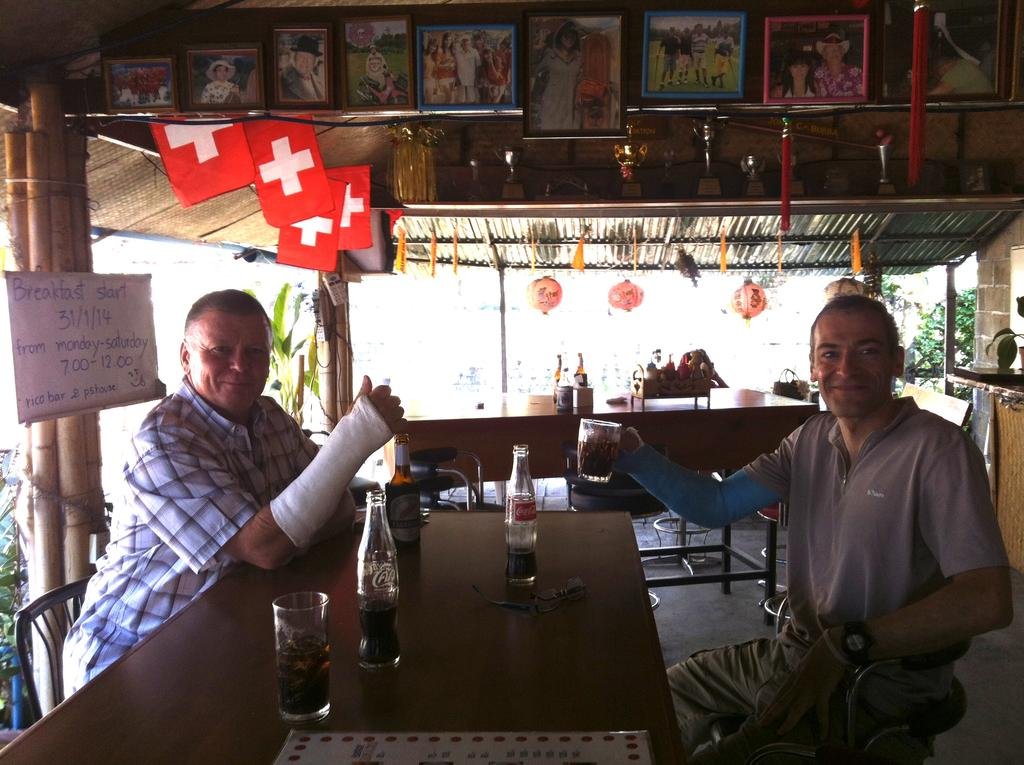