Shame about the cast alloy wheels?

That's the selling point as far as I am concerned Phil, I was thinking of a Honda CRF 250 in the UK but the spoke wheels with inner tubes is a big turn off. 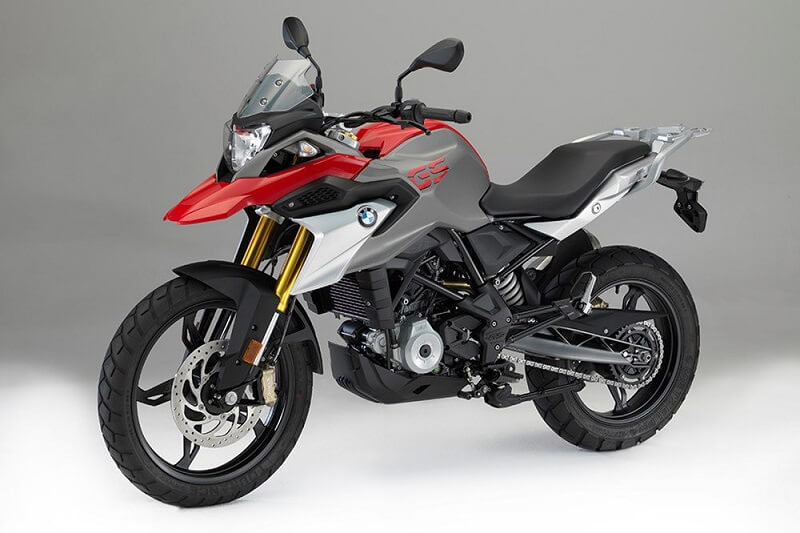 The BMW G310GS isn't too far away from Thai roads, probably early next year.
It will be made (assembled?) in India so, as with the KTM 390 Adventure, should be available at a reasonable price. Should be.
Bring it on!

This from 'Motorcycle Thailand'.

Interesting that the G310GS was released a few months ago yet there does not seem to be a 'Ride Report' available yet (there are a couple of phony 'ride reports').

Why cast wheels on such an interesting adventure bike?

Many people are asking the same question.
I've read that spoked wheels may be offered as an option.

2wheels said:
Interesting that the G310GS was released a few months ago yet there does not seem to be a 'Ride Report' available yet (there are a couple of phony 'ride reports').
Click to expand...

I didn't think it was actually available yet Ron, BMW said the G310R was available last October but it was april this year before the UK dealers had any in the showrooms, the GS version is also a lot later arriving then what BMW said was its available date

"At the BMW stand at the EICMA 2016, BMW announced a number of new riding machines. In India however, all eyes were on the new baby GS called the G 310 GS which was expected to be built in India. The entry-level adventure tourer was to be produced at TVS plant in Hosur alongside the G310R. While it wasn't known as to when the motorcycle would arrive in India, it has now been confirmed that the BMW G 310 GS will arrive only by the end of 2017. (India)

A Twitter user tweeted to BMW Motorrad asking whether the new baby GS would arrive along with the G 310 R. Turns out that the 310 R will arrive a lot earlier with an early 2017 launch while fans of the adventure tourer will have to wait a lot longer." (Tech.firstpost)

I phoned my local BMW dealer today to see if it was in yet as they said call back in august, its launch has now been put back to December, apparently because of a problem at the factory in India

And I called into the local BMW dealer here (Barcelona Motor) and they weren't even aware of the bike's existence!

They are selling lots of 310Rs though.

December 2017 Ron, although when December comes it wont surprise me if its then april 2018

Just spoke to the chap at Barcelona BMW in Chiang Mai, he seems to think the 310 GS is not coming to Thailand? Only the R version?????

Yes the BMW G310GS will eventually also be sold in Thailand, but not expect that to happy (sic) before 2018.

We've just gotta wait and see.
It would be an interesting addition to the mix.

I test rode a Honda CRF 250 last weekend and wasn't impressed at all, it had no low down pull, I think my KLX 250 was better in that department.

This weekend I hope to get over to my local BMW dealer and sort out a deal on the 310 GS and hopefully put a deposit down on one for when I get back home at the end of march.
They told me a deposit of £500 will ensure a bike will be waiting for me and the icing on the cake is if after a test ride on their demonstrator I don't want it they will return my deposit and let the next waiting customer have it.

Very good!
At least you wont have Barcelona Motor to deal with!

2wheels said:
Very good!
At least you wont have Barcelona Motor to deal with!
Click to expand...

No problems buying a Bm here Ron, the dealers all have to abide by the law and not the law of their own making.
A two year warranty here is for the full two years not but we only give 90 days on batteries like I experienced when I bought one in Chiang Mai

A positive ride review of it here