The new catch phrase in the motorcycle marketing world seems to be "adventure touring."

When I wrote the book, BMW GSing...AROUND THE WORLD in 1990, I referenced that specific phrase to a discussion I had with my local dealer who was trying to sell me a new R80G/S in 1981, so the phrase was around back then, just not used in marketing, more often the word enduro was the catch phrase, or dual-purpose. 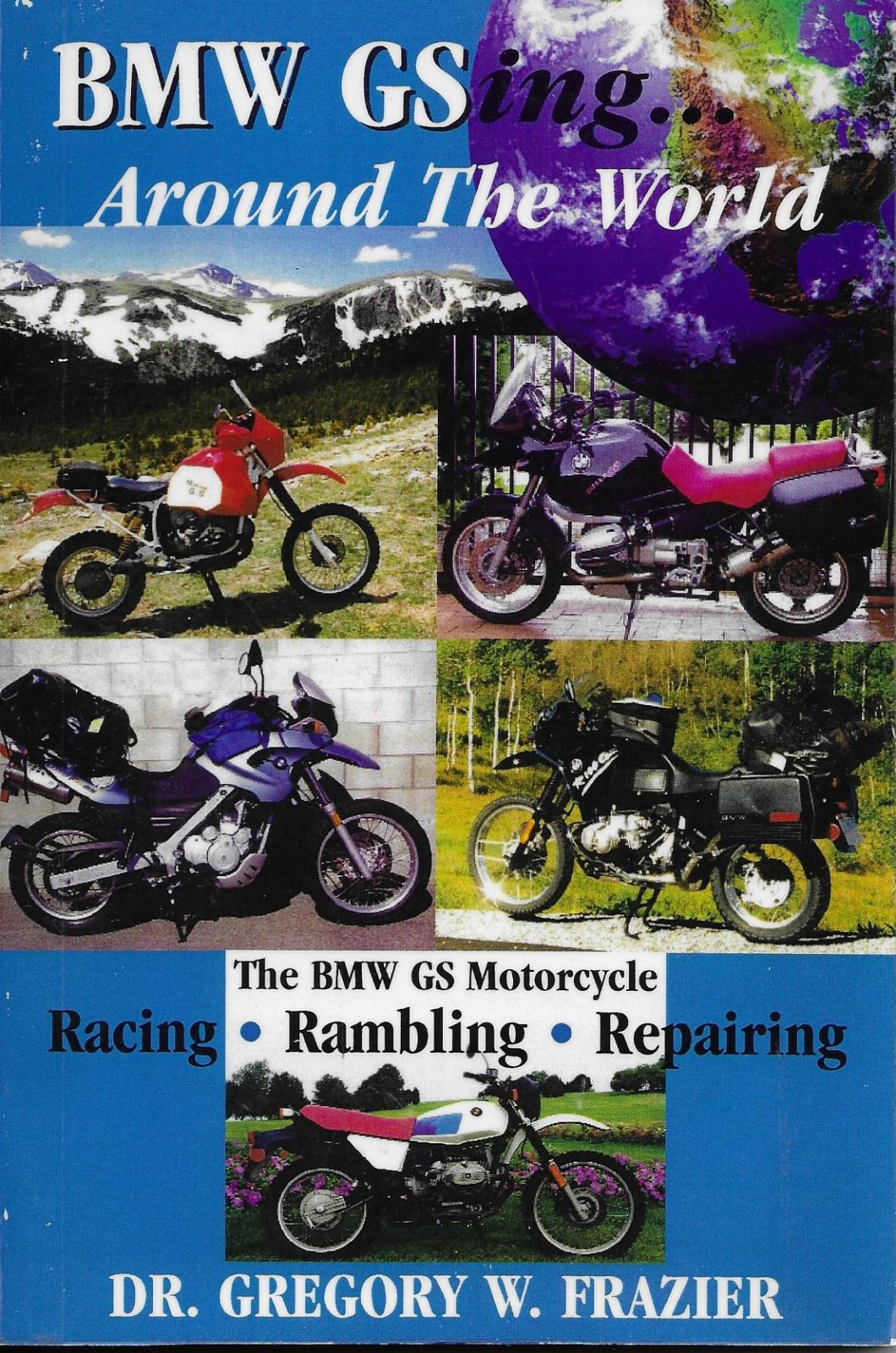 The G/S in 1980 was marketed by BMW as an enduro model. On May 3, 2021 in BUSINESS WORLD magazine, one journalist writing about new GS offerings in the Philippines almost made the dots connect to the G/S:

"Through the years, BMW Motorrad has delivered over 1.2 million BMW GS-model motorcycles to happy customers, worldwide. The story of the globally successful GS series started back in 1980, when the original R 80 G/S was launched. It was created as a versatile dual-sport bike; and has since been hailed as the world’s first “adventure bike” that could perform equally well both on and off-road. And if you’re wondering why it was labeled “G/S” — it’s because those letters stand for the German words “gelande” and “straße,” which mean off-road and onroad, respectively. That showcases its dual-sport capabilities (pretty upfront, isn’t it?).


Another world-famous GS is the BMW R 100 GS — often referred to as the pioneer of the “enduro” motorcycle segment. The R 100 GS was launched back in 1987 and was quickly named the world’s largest travel enduro. Travel enduros combine the high-torque engines and comfort equipment of tourers with the chassis geometry of enduros — making them completely street-legal motorcycles that handle both off-road terrain and long asphalt roads, rather nicely.


Also worth noting is that the R designation indicated in these models refers to the construction principle of the motorcycle’s engine — which, in this case, uses a boxer engine."

Today there are a wide range of motorcycles being marketed in this niche of Adventure Touring, like the Zongshen Cyclone RX6 (Chinese) and Harley-Davidson's Pan America. It seems marketers for everything from unterhosen to three wheeled vehicles are throwing the adventure motorcycling towel over their products to reel in buyers.

My last 1981 G/S (a replica) will soon find a new home. Photo below shows how it looked when I first acquired it: 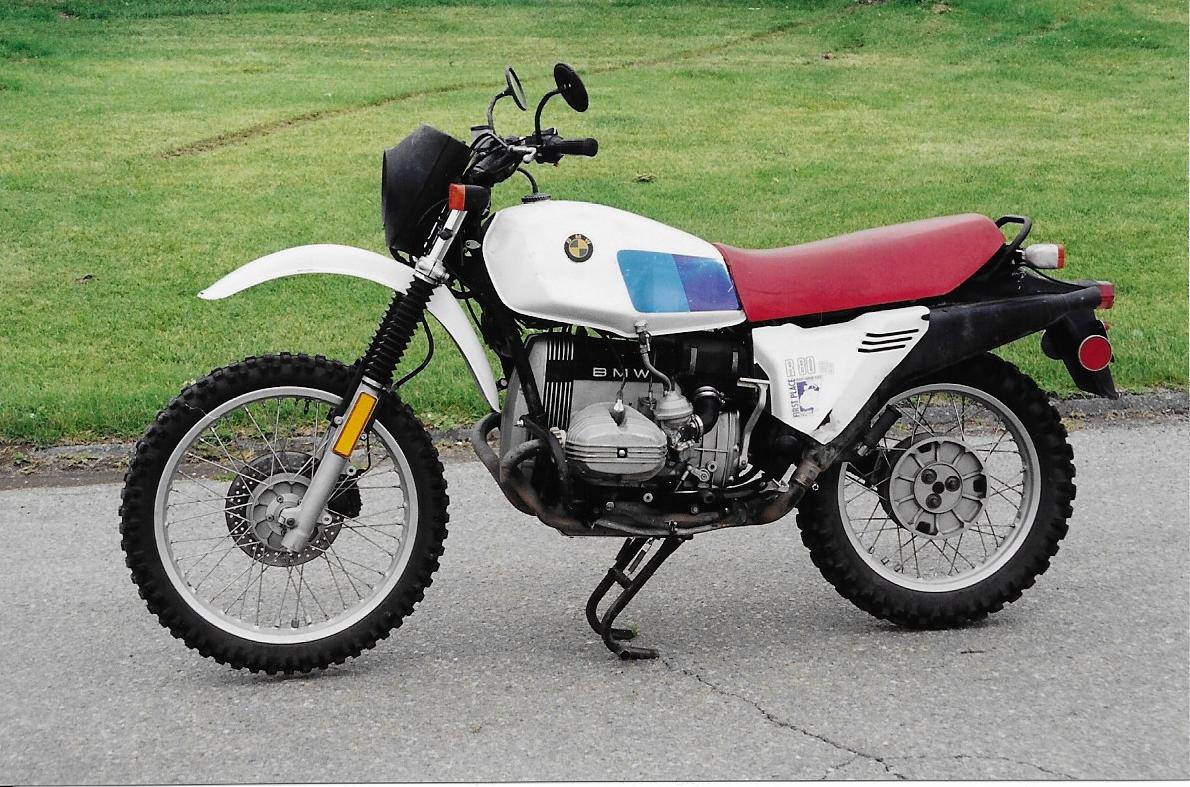 It's called "Baby Helga," because it went on to become "Ugly Helga," which now rests in Bob's BMW Museum, see photo below: 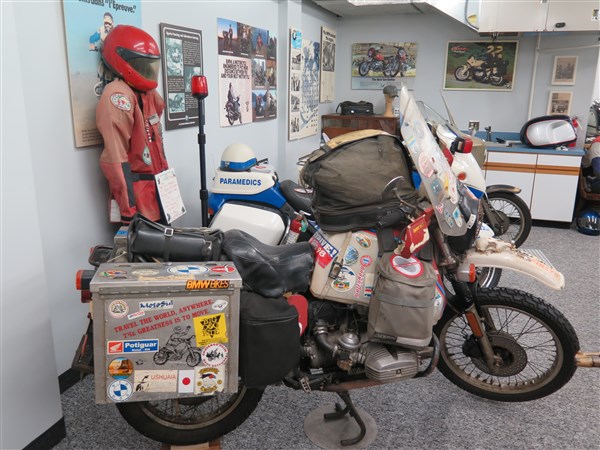 As the patch on riding jacket in the photo says, "What a long strange trip it's been," from enduro or dual-sport riding to adventure touring.

Great to see it out, Doc. I thoroughly enjoyed reading it, as I have always enjoyed our discussions on some of the topics you focus on. 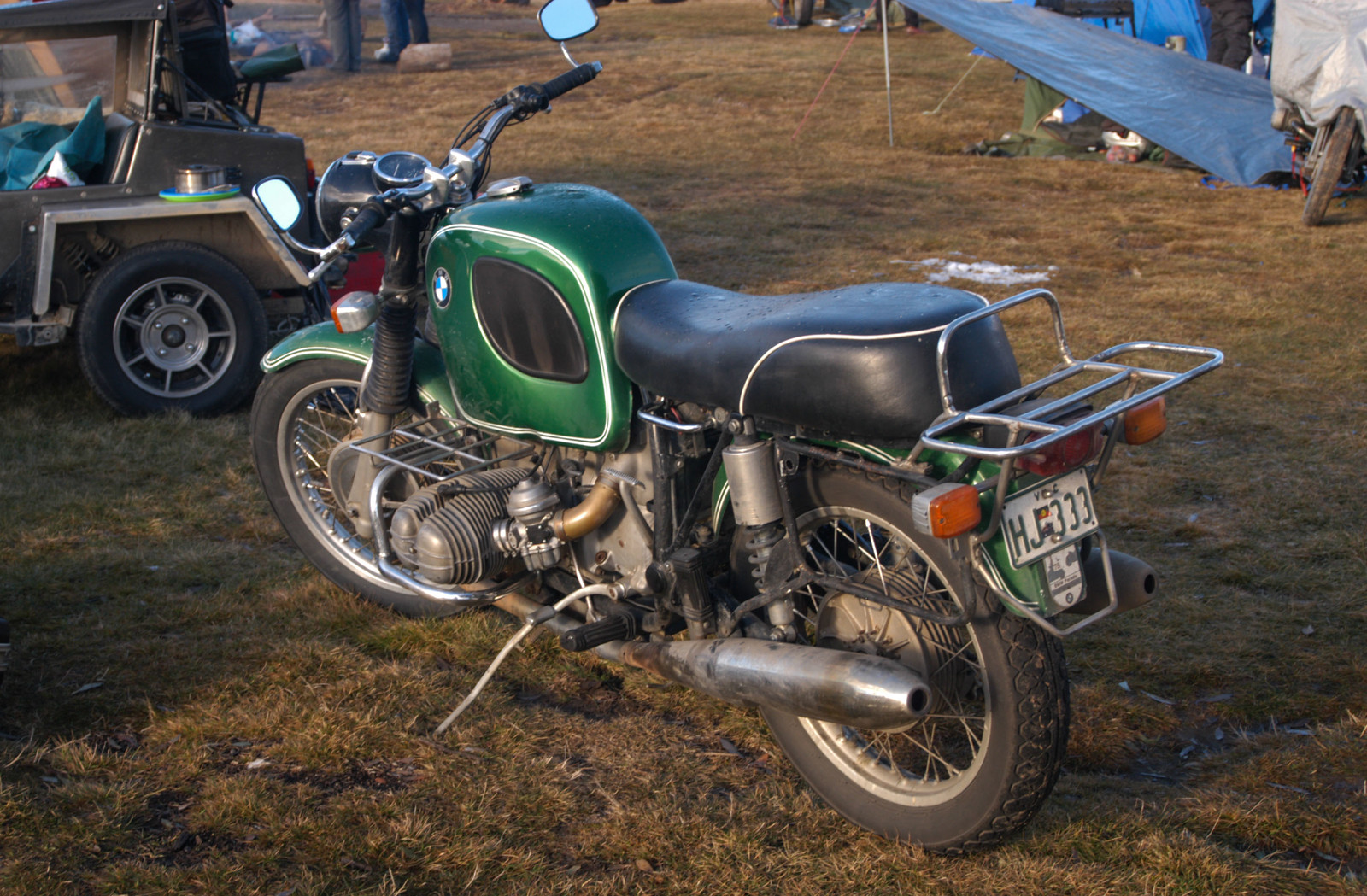 IIRC, he had a bit of influence in me getting off four-cylinder Japanese bikes and onto an R90S (which I still have - albeit in pieces). I met him on the side of the road at Bell, on the Bells Line of Road - it being a bit unusual to encounter other bikes there late at night, I stopped to see if he was OK - turned out he'd just rebuilt the engine, was giving it a breather... and he was having a gasper. He was on his way to Quorn in South Australia for the World's End Rally. I put him up for the night on the couch at my girlfriend's place (later to become my wife of 36 years) A year later, I was R90S-mounted, girlfriend on the back and we did the same rally - 3,300 km in three days.

Those old, much lighter, BMWs were far more suited to "adventure" riding than the trucks on wheels we see these days. Give me a fresh R90S over a modern BM any day of the week - and I'll have more fun. I might not be faster on Highway 1 - but I will have more fun. And yeah, I've single-tracked the R90S... and got myself into trouble on it - but it's all about the ride, isn't it?

Second one? Matchless 500cc single - with its rigid frame and diabolical brakes - it pitched a mate off the pillion seat on a bump and he dragged all of us off the road into a creek as he fell off.

Then? The R90S. Bliss on wheels. I hit a flood damaged broken-backed timber bridge at 160 one night on a high speed dash back to see granny during her last days. Airborne, pitched onto the wrong side of the road at an angle - but she landed - wrenched my wrists enough that they hurt for days, but we survived (wouldn't have, if there'd been oncoming traffic). One day remind me to tell you about the 200kph tank-slapper on it though (the day I bought it).

Enough of adventures..... great to see the book out. Fuck Covid. It's a great read. I thoroughly recommend it
D

Unique gas tank on that R75 your acquaintance had in the photo above. He did some nice expansion work.

You wrote: "...great to see the book out. Fuck Covid. It's a great read. I thoroughly recommend it"
Thanks for the helmet tip to ADVENTURE MOTORCYCLIST: FRAZIER SHRUGGED. It's bubbling along very well in the niche of "adventure motorcycle(ing)," receiving great reviews from the thinkers in the field. 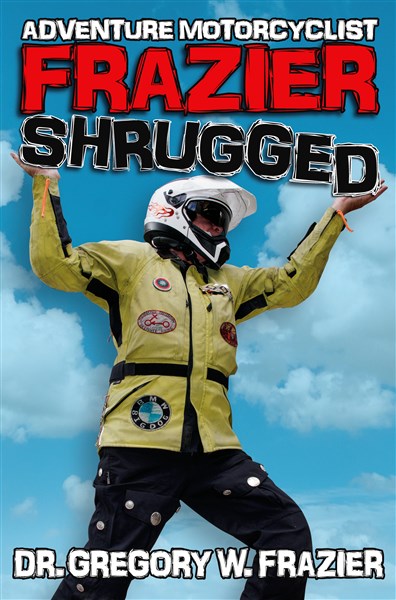 I'll be doing a book signing at the BMW Motorcycle Club of Northern California's "49er" rally (May 27-31), where my Featured Main Speaker multi-media shows focus on the birth and maturity of the niche of "Adventure Motorcycle(ing)" www.bmwnorcal.org/rally

A month later I'm slated to do the same at the national BMW Motorcycle Club of America rally in Great Falls, Montana.

Both are fun events, especially to mix and listen to tales of adventures around the world on "airhead" (air cooled) BMW motorcycles.