A short trip to Ban Rak Thai from Mae Honhson

A short trip to Ban Rak Thai from Mae Hongson

A short trip to Ban Rak Thai from Mae Hongson

I had not been to Rak Thai for about 15 years so, when I had some spare time while in Mae Hongson, I took a quick trip up north to the border area. Ban Rak Thai is only about 40 km. from Rd 1095 north of Mae Hongson and the road is paved and in good condition. On the way to Ban Rak Thai there are several points which are interesting to have a look at like the Pang Ung Reservoir (camping), the Pha Sue Waterfall, the Pang Tong Palace, the Buddha's Fingerprint Cave, etc. 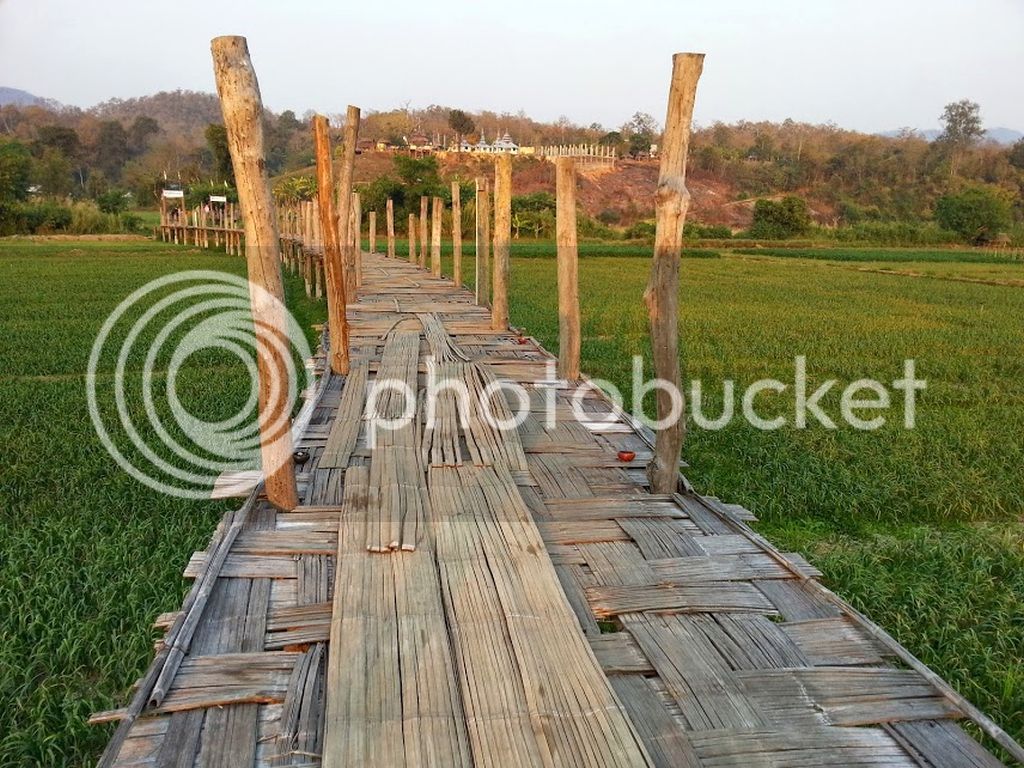 From Ban Kung Mai Sak you can walk to Wat Su Tong Pae via the bamboo walkway and the bridge over the Mae Sa Nga river. This bridge collapsed last year when there were to many people on the bridge and it has now been replaced by a metal bridge.

Ban Rak Thai (literally "the Thai-loving village"), also known in the past as Mae Aw, is a village in which some of the former Kuo Min Tang (Nationalist) fighters from Yunnan Province settled after the Communist takeover of China. The Chinese influence is clearly visible as a lot of the signs are in Chinese and there are quite a few Chinese tea shops and restaurants with Yunnanese dishes. 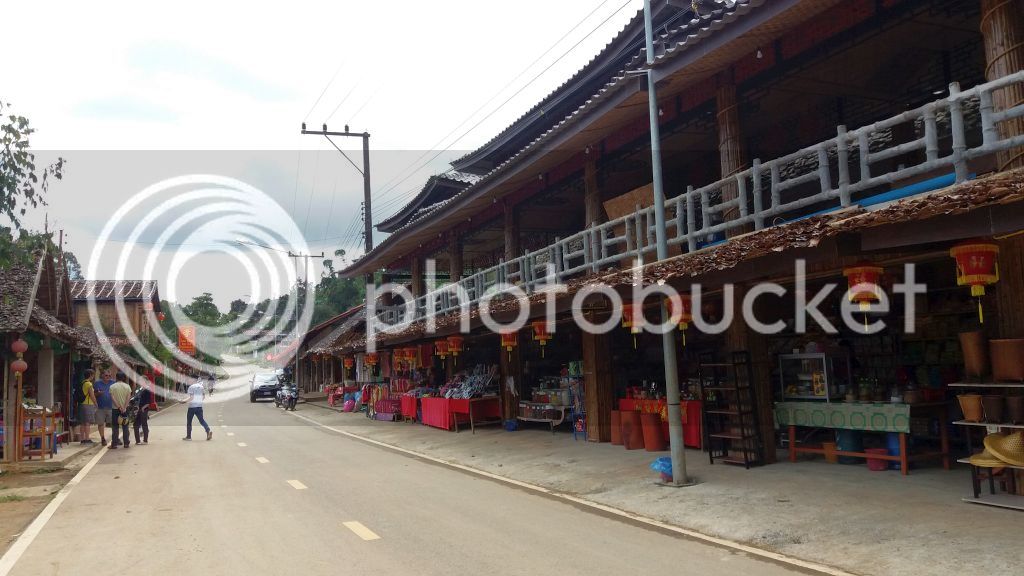 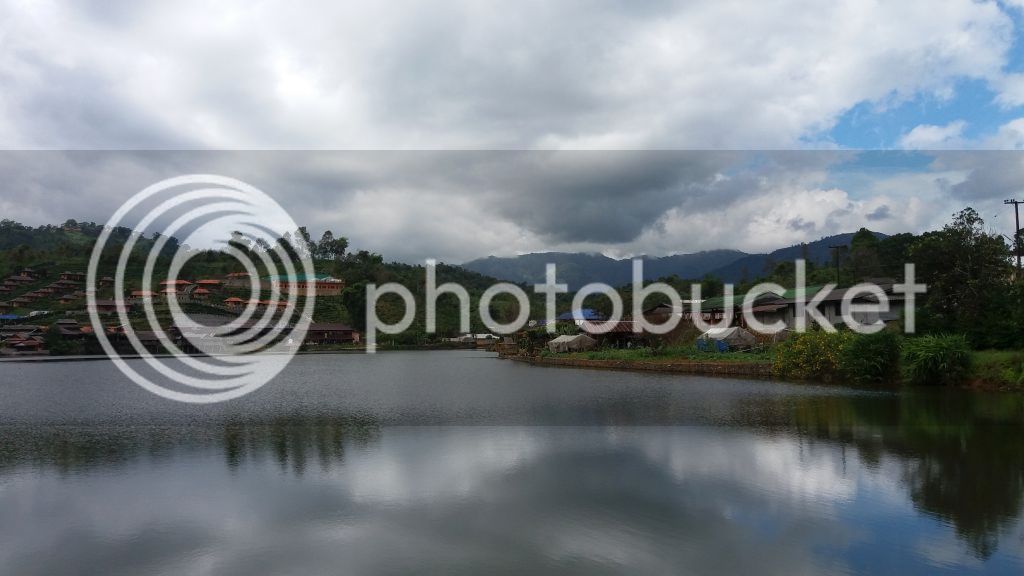 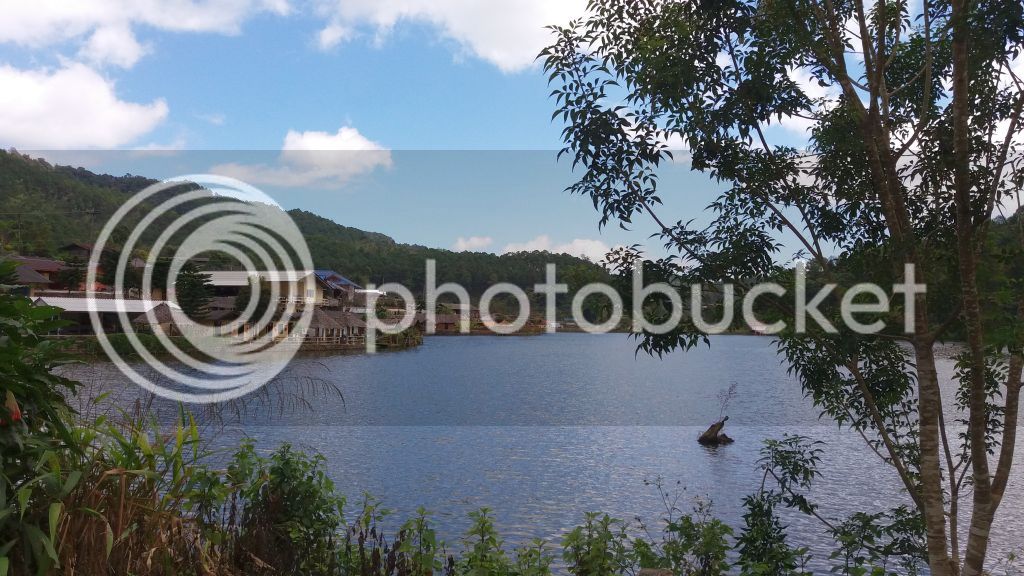 Just north of Rak Tai there are 2 dirt roads to the border with Shan State in Myanmar. The western trail at N19.58781 E97.94303 just goes to a border gate while the track on the eastern side at N19.58566 E97.94676 goes to a small village in Shan State just over the border. The border guards generally don't seem to care if you wander over the border but better be on the safe side and stay on the Thai side. Anyway, there isn't much to see there except a school and a shop or two and a few houses and buildings. The border post/gate on the west side 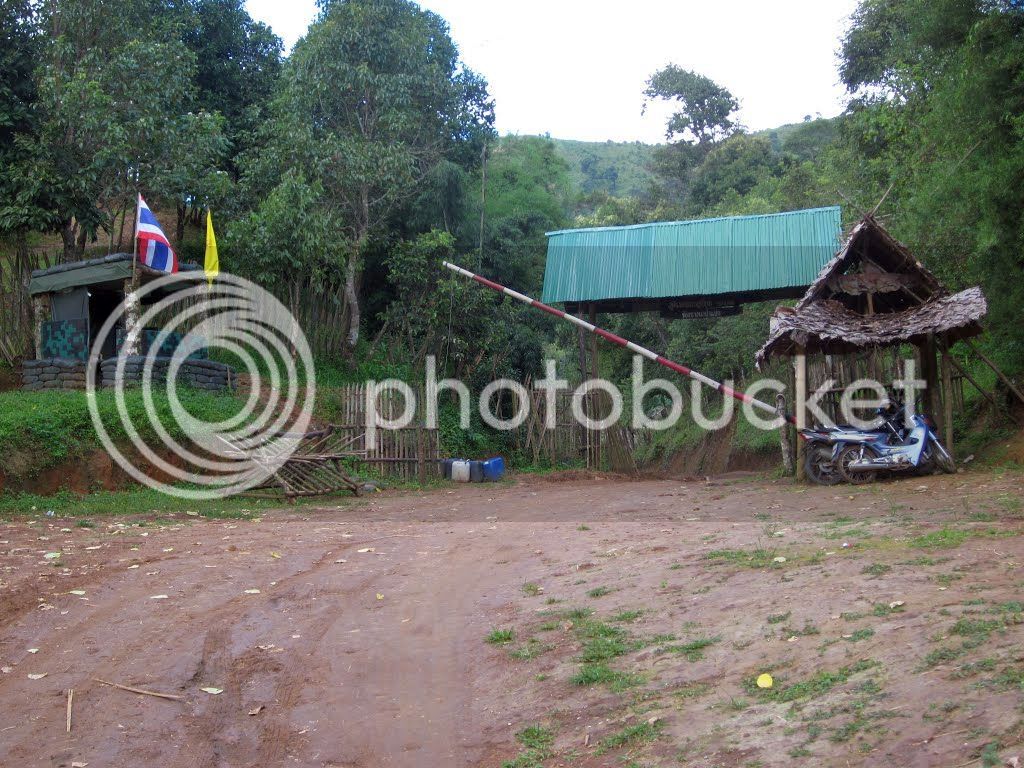 The border post on the east side with a small village in Shan state. 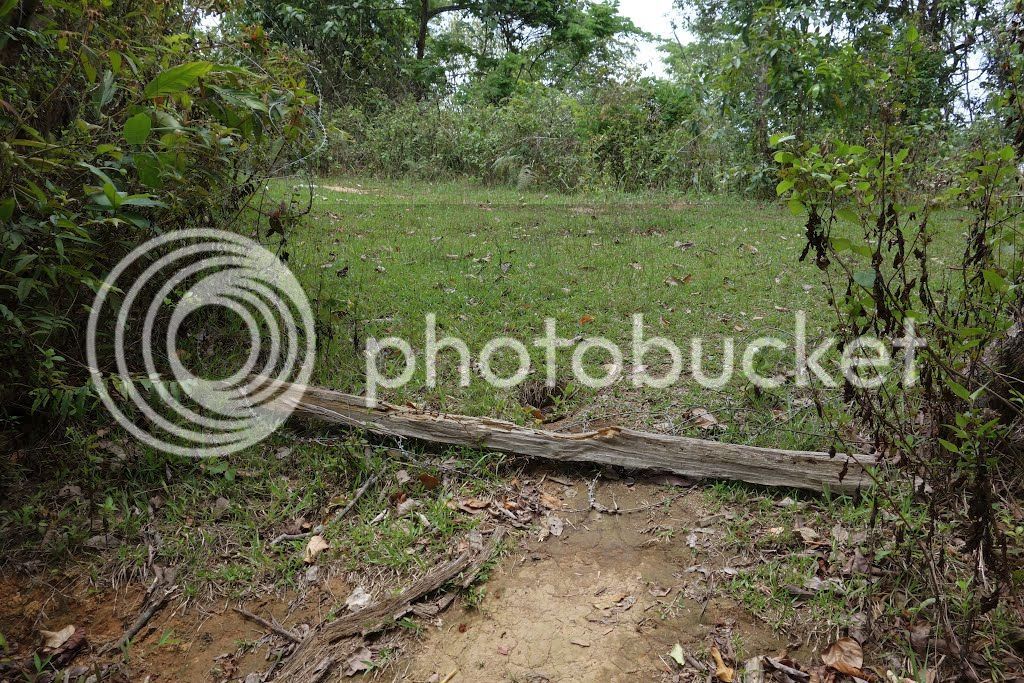 There are a few other trails near the village but better be carefull as the border is not really demarcated - here the border is just a log over the trail. Apparently the open area just past the log marks the border line. 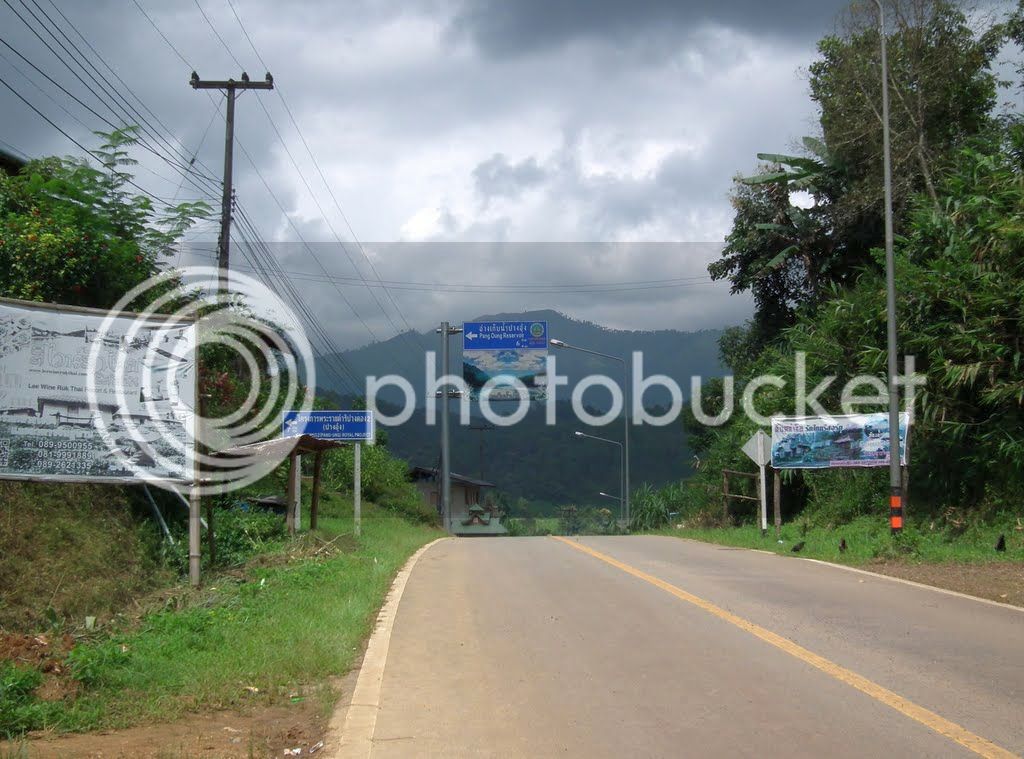 The turn off to the Pang Tong 2 Royal project and the Pang Ung reservoir (actually the Huai Makhuea Som Reservoir) is at N19.53216 E97.92915 in Ban Na Pa Paek. Follow the road for about 7 km. till you reach Ban Ruam Tai and the Pang Tong 2 Royal Project. The reservoir area is very popular with the Bangkok crowd and during the New Year Period the place is full with people camping under the pine treas along the reservoir. Camping area next to the reservoir 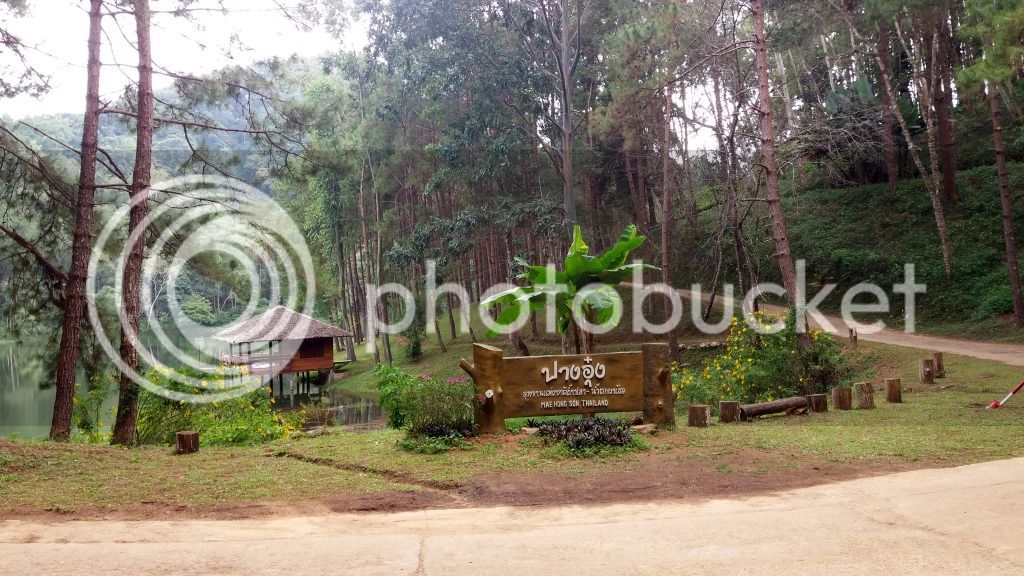 The reservoir with some of the back swans the Pha Sue Waterfall (coordinates N19.49082 E97.95756) is situated smack along the road but generally there is little water flowing unless you go there at the peak of the rainy season The Pha Sue Waterfall during the rainy season and, in case you have enough time and stamina, you can hike uphill to the Buddha's Fingerprint Cave. The cave is east of the road to Ban Rak Thai and can be reached heading east from Ban Mok Champae on Rd. 5053 to the start of the dirt road to the north at N19.42580 E97.97712. The turnoff to the Buddha Fingerprint Cave The Buddha Fingerprint Cave - better hire a guide in the village to show you the trail to the cave as the trail is not clearly marked.

I thought that village name sounded familiar, Phil & I did a ride around there a couple of years ago, very nice area.

Great shot of the bamboo bridge, one of the best angles ive seen.

They had just had a Tai Yai festival when I was there last at the end of Buddhist Lent.