Upside down monsoon - rained out in Flores

I've just returned to Lombok after a 2000km trip to Flores and back. Took in the south-west coast of Sumbawa along the way - beautiful, pristine coast and forest - and caught up with some old friends along the way.There's no doubt about it - people in Sumbawa are super friendly. The shot of me surrounded by locals was taken in Sape, the jumping off point in east Sumbawa for the ferry to Flores. The two guys pulled up to have a yack while I was taking a roadside break while heading back over Sumbawa's spine to strike the north coast.The sunset is Maluk Bay in West Sumbawa.The blue sea - you can't beat the feeling you get when you're steaming east across a tranquil sea 'lookin' for adventure and whatever comes my way. These two lovelies work at my mate's bakery in Sumbawa Besar ' 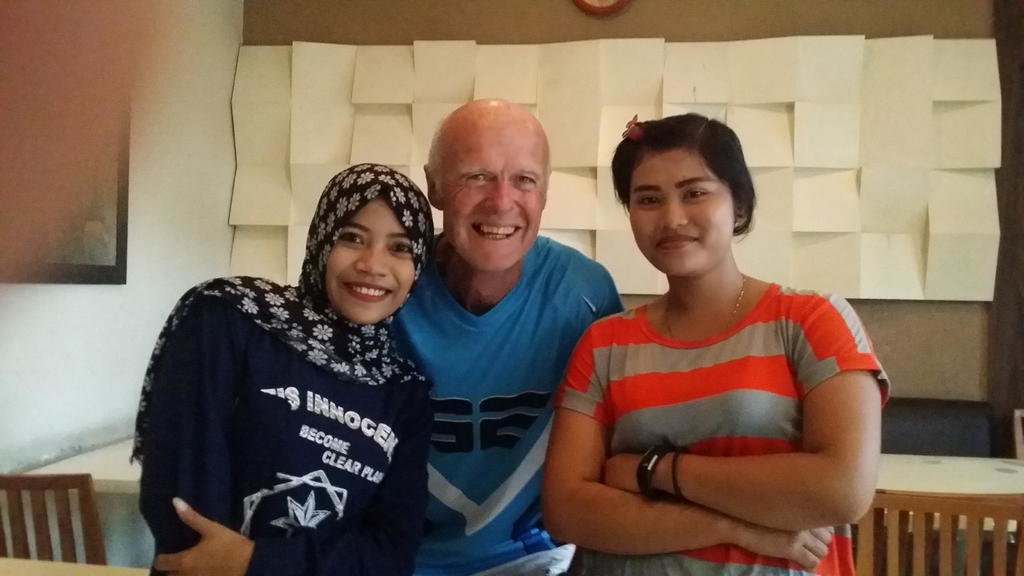 This is a shot of my friends who operate the best barbequed fish joint in Sumbawa - Warung Ikan Bakar Telok Santong. Great spot to kick back and re-fuel on a big feed of fresh fish. 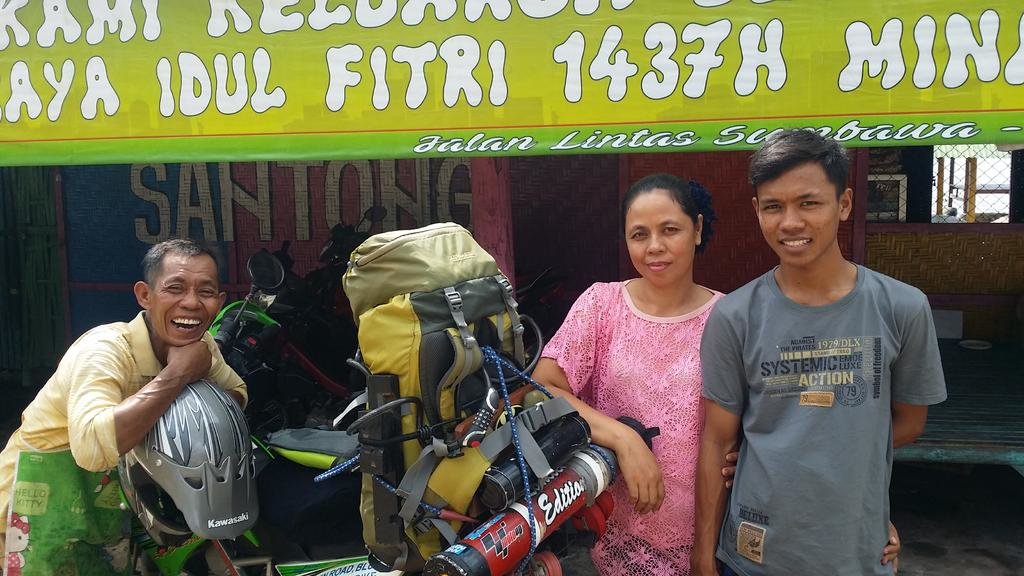 The road climbs high above Salleh Bay in Sumbawa. 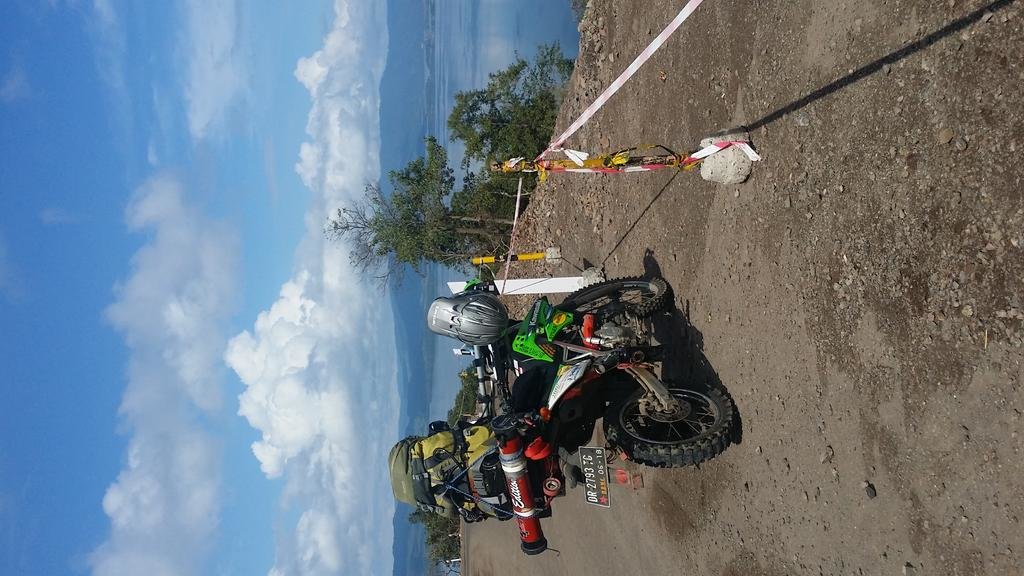 Labuhanbajo - the port of the sea gypsies. 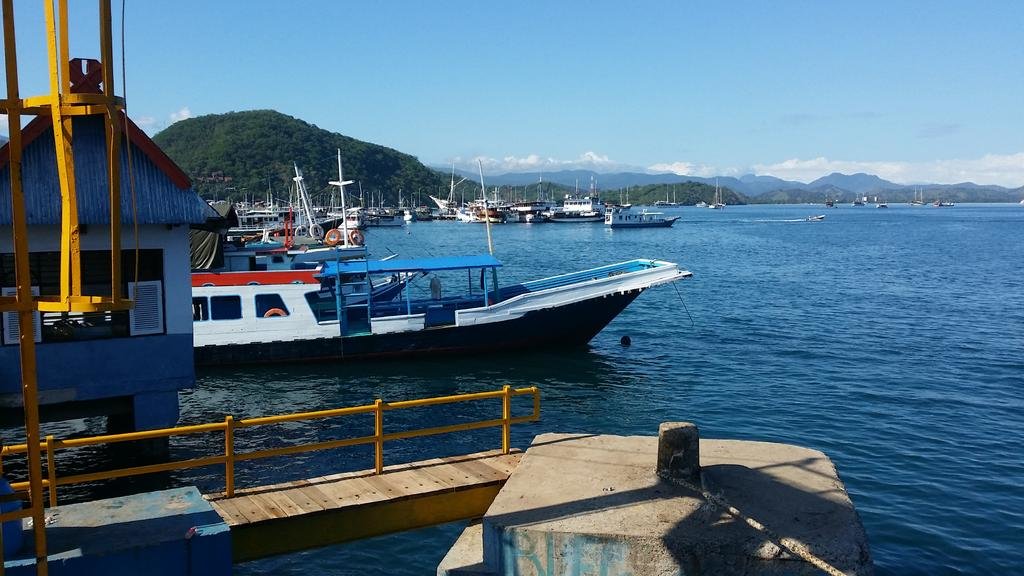 From Aimere on the Flores south coast it's a long climb up into the mountains again. The weather was really bad in Flores and completely unexpected. Constant rain, sometimes drenching, lots of mist, fog and cloud. 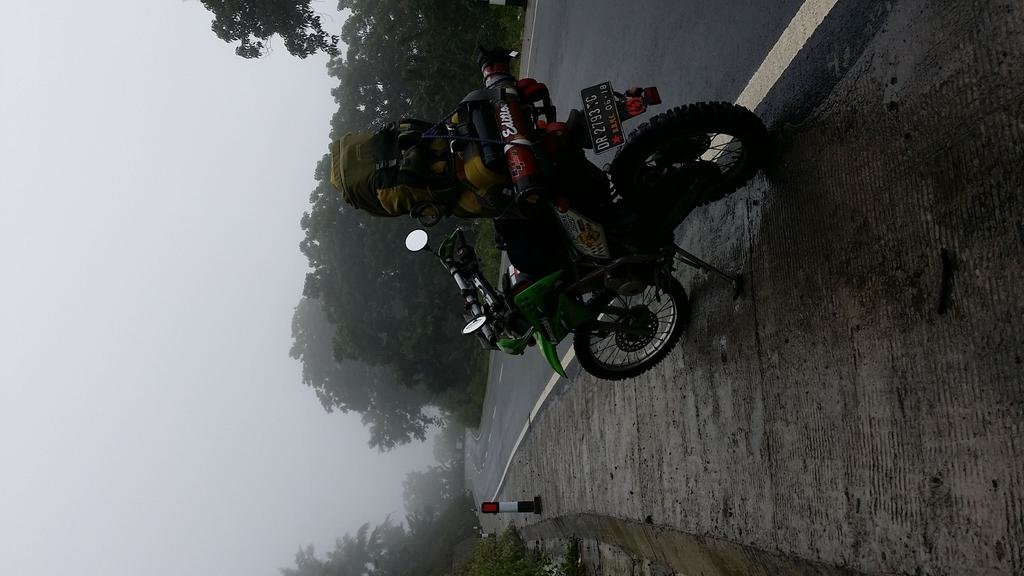 Waiting for a landslide to be cleared - 30km east of Ende. 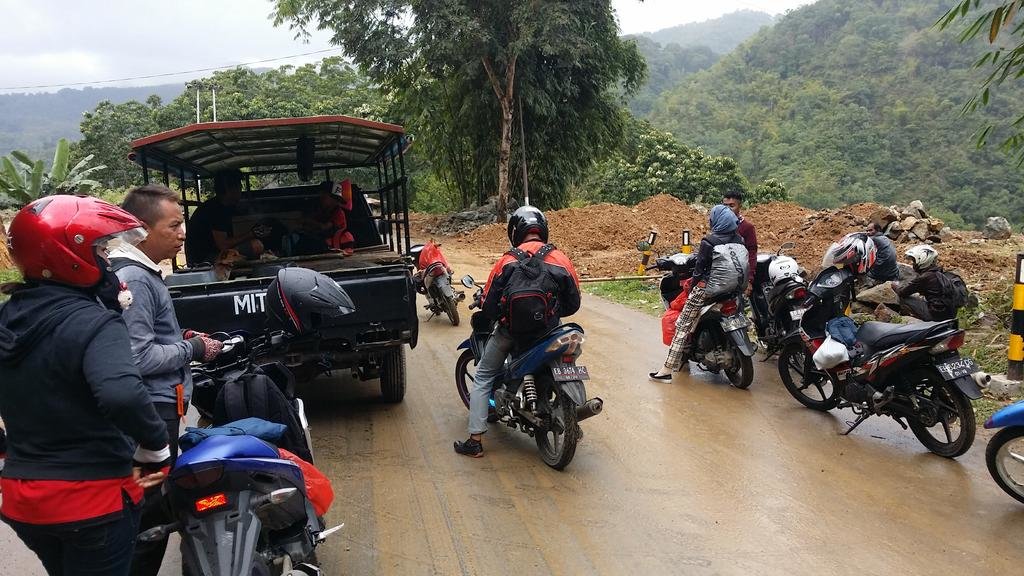 Another rainy day - this time in Sumbawa. Among the clouds - between Sape and Bima. 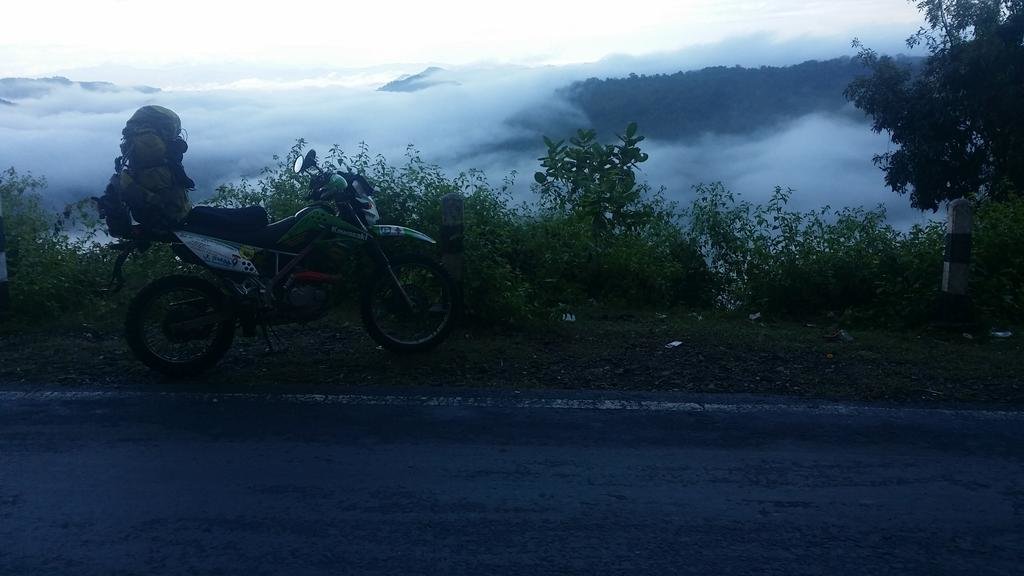 Labuhanbajo - has become a boom town. It's a diving centre and the jump off point for trips yo Komodo. Christ the King Cathedral, Ende. Flores is Catholic having been colonised by the Portuguese. 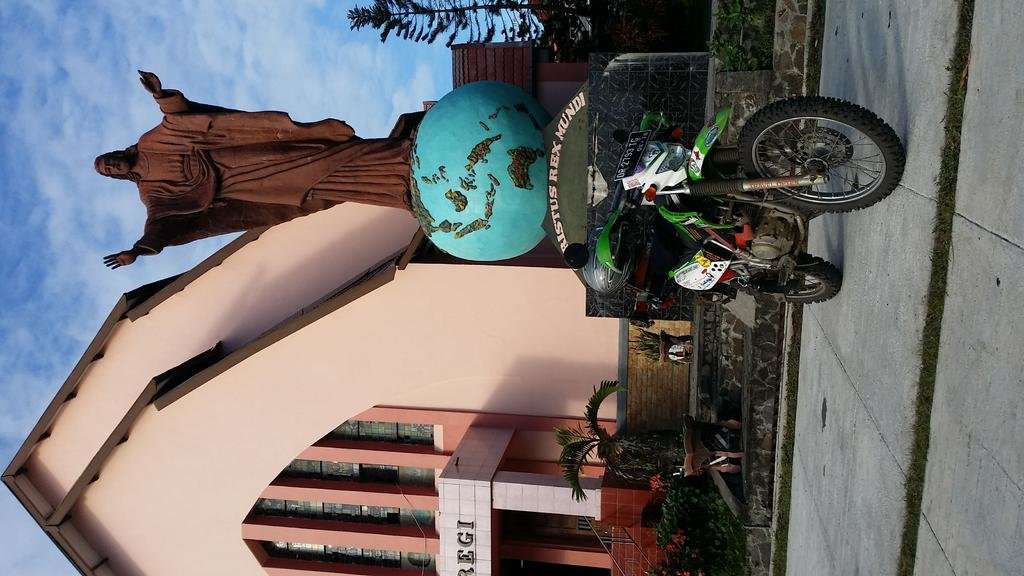 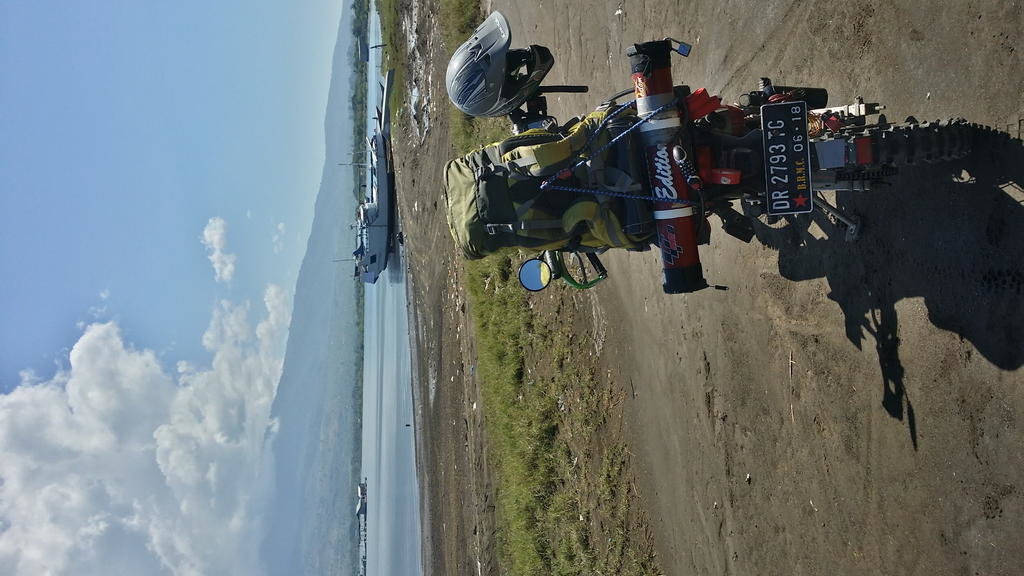 On board - not a lot of free space. A crossing in rough seasmight be a tad scary. Fortunately my nerves haven't been testing - yet! The mosque at Taliwang paid for by royalties from the Newmont copper and gold mine. The country has lots of houses of worship of all denominations but schools and hospitals are under resourced and poorly maintained. I met Faris while having lunch in Bima. He insisted on paying for me. South Sumbawa coast near Lunyuk - a Garden of Eden. Lots of giant bamboo on Flores. 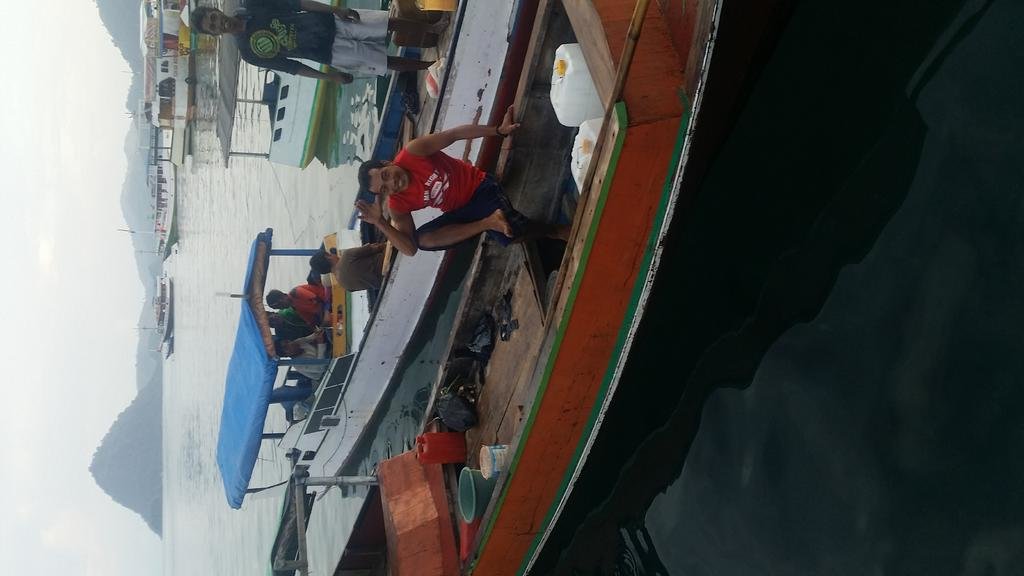 Overcast and gloomy - cold too when the wing got up. 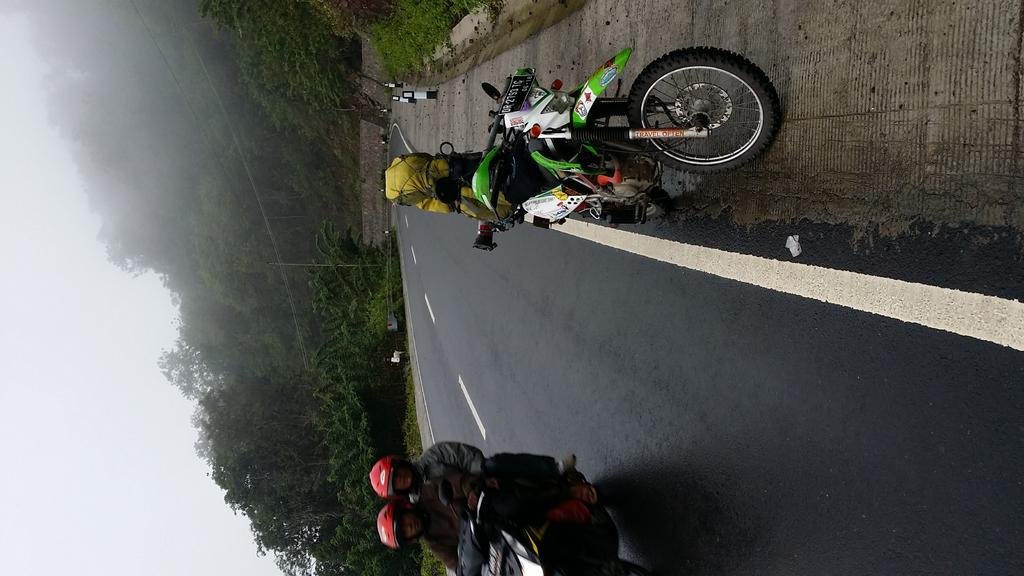 Approaching Labuanbajo on the way back west. Berugaks in the sea at Warung Ikan Bakar Telok Santong. Love your motto: Give me an open road, blue sky and a motorbike - by the way, do you know the reason why financing for hospitals and schools are nowadays under-resourced? I lived there in the eighties and don't remember that at that time the schools and hospitals were the underdogs with regard to attention paid by the government of Pak Harto.

I believe that in recent years more power has devolved to provincial governments in terms of controlling the revenue raised locally. In Lombok there is a master plan for the south coast to turn in into a tourist wonderland with golf courses and resorts, marinas etc. It seems the plan is to attract Muslim tourists from Malaysia the Middle East . In Kuta squatters have just been cleared from a large tract of land in order to build the Mandalika Mosque. I'm not sure that the strategy is the right one. Time will tell. Lombok's problem is how to differentiate itself from Bali in a way they will appeal to tourists. And that's not easy because a large percentage of those who go to Bali just want to party and get wasted. I don't think Lombok wants to go down that road though.

Thanks for the photos. They are great.... a reminder of my trip through there in 2011. I loved it, particularly Flores (and Rinke/Komodo).
C